Since opening, Leigh Street Wine Room has run under the stewardship of guest somms Meira Harel and Banjo Harris Plane, who recently relocated to Adelaide from Melbourne.

The venue’s wine list is predominantly the work of head chef and co-owner Nathan Sasi, who, with his wife, Sali, founded Leigh Street Wine Room with the intention of creating a go-to venue for natural wine in the Adelaide CBD.

Since moving to Adelaide in 2015, Liinaa has cultivated a love for natural wine, and she says moving to a dedicated natural wine bar feels like a logical career progression.

“For me, I couldn’t be better suited,” Liinaa says.

“I’ve worked with conventional wines way more, but in the last four years, I’ve been buying natural wines from lots of suppliers, and I’ve really gotten my head around that.

“It is an important message that I want to communicate, because there’s a rise of consciousness with our environment, and I think natural wine has a place.

“If anything, the natural wine scene is to just encourage people to have a better understanding of the source, of the provenance, of the way that their wine is being made, just like your food.

“We’re not just here to put a drink in your glass, we’re here to help you drink for a greener environment.” 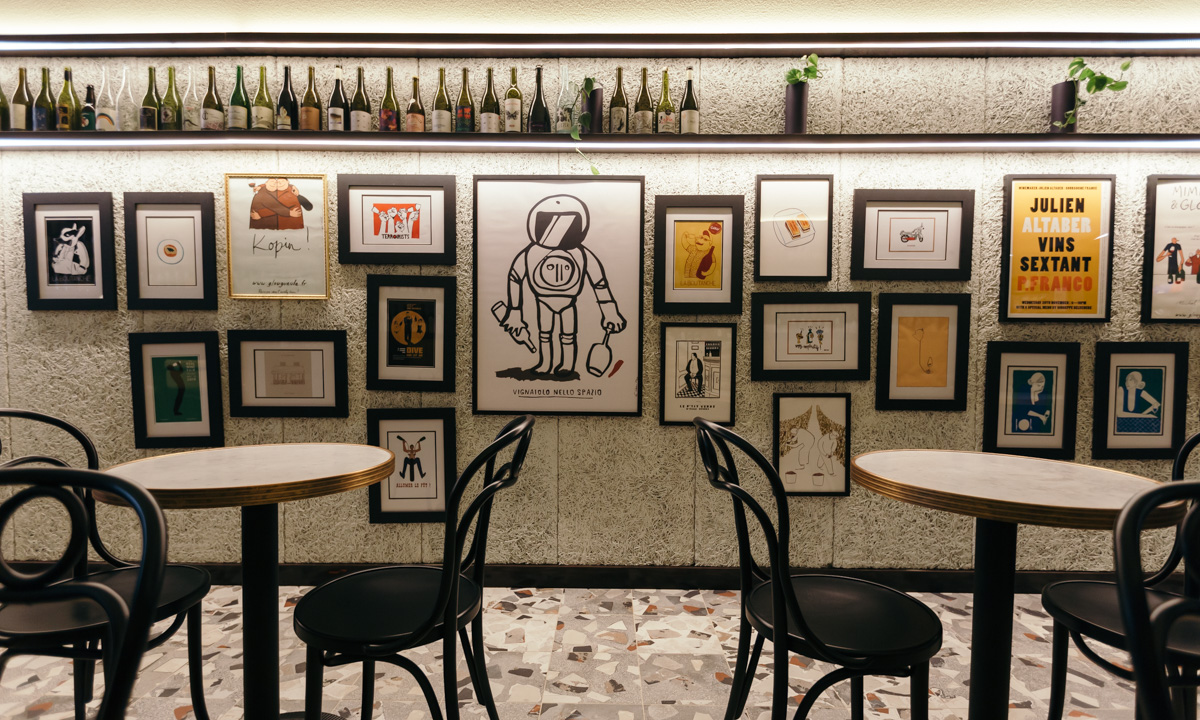 Liinaa started work in the Adelaide hospitality scene at The Crafers Hotel, where, in 2018, she led the pub into taking out Best Pub Wine List in Australia and Best Wine List in South Australia at the Wine List of the Year awards.

She then moved to 2KW in the role of wine director, where she programmed wine events, refined the expansive wine list, and brought natural wine into the venue.

This will be Liinaa’s first job working as a bar sommelier, as opposed to a restaurant sommelier, and she is looking forward to communicating her love of natural wine and her interest in organic farming practices in a more casual environment.

“Every single person that walks in here, they want to talk wine,” Liinaa says. “So I’m working like a live podcast constantly, talking about things that I’m passionate about, so I couldn’t be happier.”

Leigh Street Wine Room’s wine offering will continue to evolve under the guidance of both Liinaa and Nathan, who, through his history as a restaurant owner both in Sydney and here in Adelaide, has forged close ties with winemakers.

“Whilst he’s cooking food, I want to be here at the front, and I want to give every single person that’s coming here something in their glass that they’re going to walk out thinking either, ‘I’ve learned something new,’ or ‘I had the wrong idea. This is actually awesome.’” 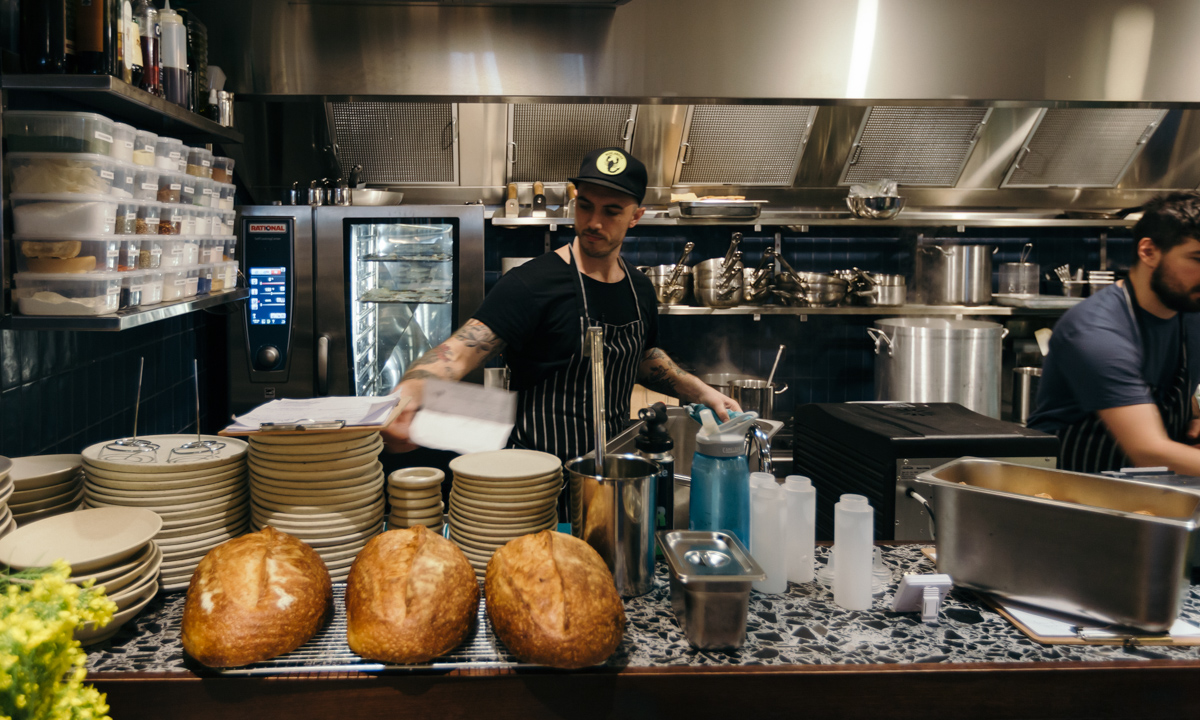 The venue has its own roster of events already in the works (like the Leigh Street Wine Room x Ice Road Truckers event featuring wine importer Andrew Guard and Belles Hot Chicken owner Morgan McGlone), but Liinaa will also bring into the venue her Somm Battle and Somm Collab concepts, which will likely appear in the New Year.

“I want to bring in some other suppliers from Melbourne and Sydney, to have those up on the mezzanine there, 20 people, and I’m going to have edgy topics around wine,” Liinaa says.

“It’s so easygoing, because of the setting, everything about the place, people want to stay, want to talk, want to drink. It’s just easy and nice to be in this environment.”

Leigh Street Wine Room is open 4pm ‘til late Tuesday to Thursday and from 12pm ‘til late Friday and Saturday. Connect with them via Facebook and Instagram. 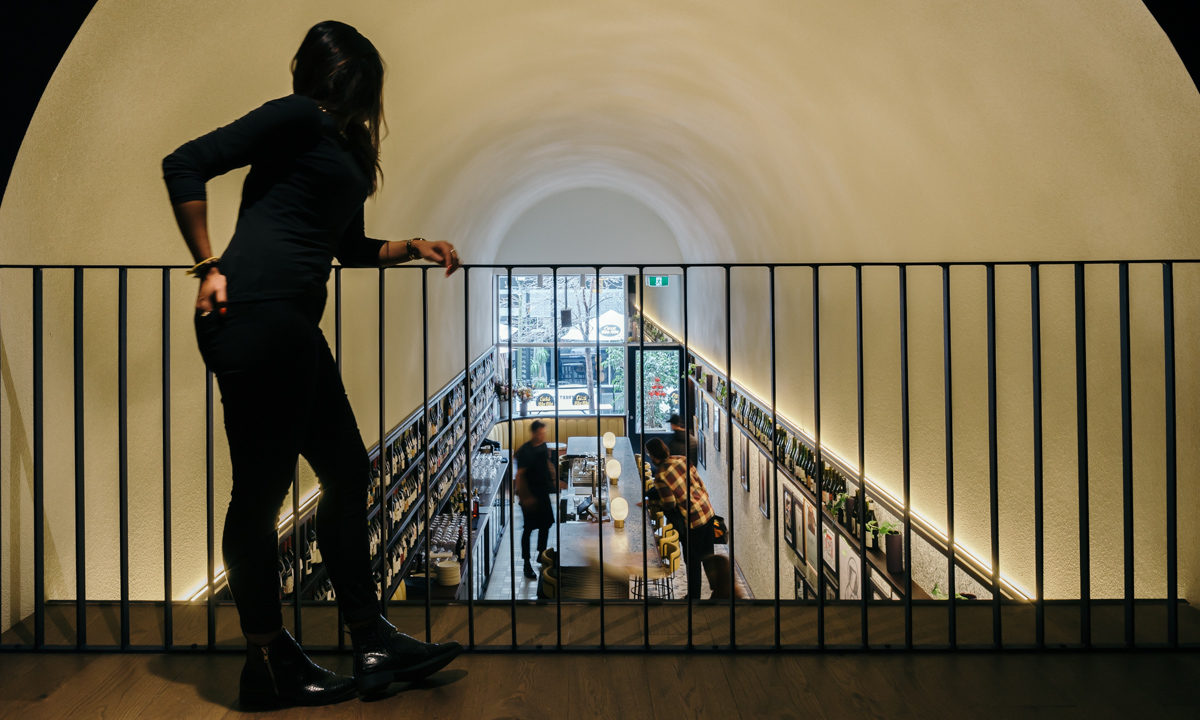