Vegetarian and vegan eatery Let Them Eat has announced another new store, moving their CBD shop from the Central Market Arcade to James Place. 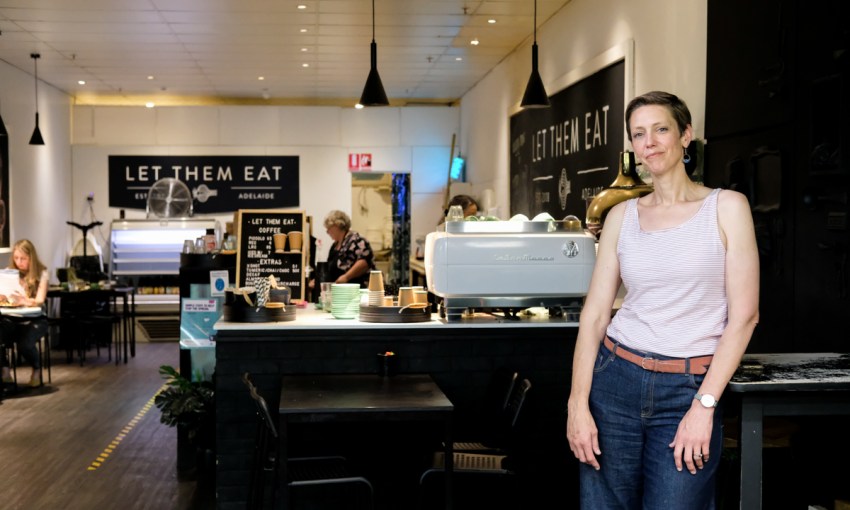 Just days after opening a new pop-up store in Norwood, Let Them Eat has announced it will be leaving the Central Market Arcade.

Saturday, 19 September will be Let Them Eat’s last day of trade at the site.

Let Them Eat James Place will launch on 26 October.

The business has been based in the Central Market Arcade for the last seven years, at two different sites.

The business moved to its current site in 2017 after being asked to move to make way for the much-maligned (by Central Market traders and visitors) Chemist Warehouse tenancy.

Looking back, Let Them Eat co-owner Danielle Frankish says the decision to take the second Central Market Arcade tenancy was not as considered as it could have been.

“Two weeks before our house burned down, we got told a Chemist Warehouse was moving in,” she says.

“Two weeks after that, our son was born. Tanya (Agius, founder of Let Them Eat) was 36 weeks pregnant with our son. And we had a month to move, and… it seemed like a good idea.

“If I thought about it, it probably wasn’t.”

Danielle says the Market Arcade site is yet to fully recover from the COVID shutdown, with trade still “at least 30 per cent down.”

“But we’re also struggling at that site, because that’s where they’re knocking that building down,” she says.

“So the end of our lease is this month, and they have put a six-month development cause, but we were like, what is the point in staying here when our shop needs a revamp, the mall needs a revamp, they keep it clean but it’s going down, the businesses are shutting around us? It’s not doing well.”

In a Facebook post announcing Let Them Eat’s Central Market Arcade closure, the business offered thanks to “all of our loyal and ongoing customers who have supported us for the last seven years… in the arcade. It has been a wonderful, exciting and eye opening experience and your custom has turned us from a small niche business into the powerhouse we are today.”

It was important for Danielle and Tanya to continue their CBD presence, and so Let Them Eat will open a new shop on James Place on 26 October.

“We sat down and talked about where we wanted to be… and we both thought Gawler Place or James Place would be good for us,” Danielle says.

“And so the next day I went and physically had a look down there and saw that shop up for lease.

“What we really liked about it is that nice little outdoor dining that you can have there. There’s something kind of Melbourne about being there.

“What we’re hoping is to get business people, it’ll be a lot of lunches, but hopefully they’ll come back past and get something for dinner as well… And then you’ve got all your workers and all your shoppers coming into Rundle Mall.” 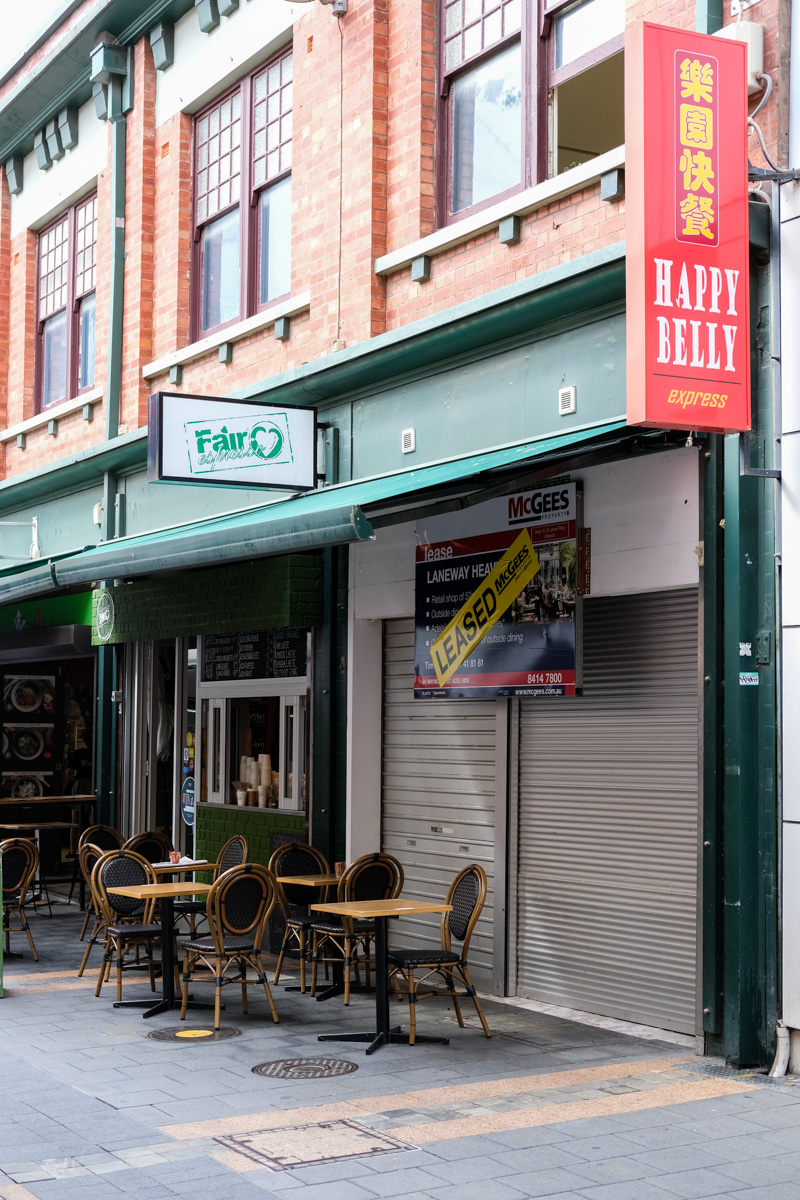 Let Them Eat maintains a consistent offering across its many sites, with fresh salads, lasagnes, quiches and sweets available at every outlet.

This new CBD spot “will be geared towards getting hot meals out as fast as we can, but it’ll still be the same offering,” Danielle says.

“You’ll always know what Let Them Eat is because of the food, because of Tanya’s food and what’s coming out of our kitchen,” she says.

“ I worked in the city before I was self-employed, a long time ago, in a corporate job, and I remember, you go down for your lunch and you’re always looking for something consistent, tasty, make-you-feel-good thing to eat, and I think we have that for city people.”

Let Them Eat’s James Place store is scheduled to launch on 26 October. It will operate Monday to Saturday from 9am ’til 5:30pm, with the potential to increase trade into the evenings.

To keep up to date on the site’s progress, connect with Let Them Eat on Facebook and Instagram.