Kuitpo wine label Golden Child is making the most of the momentum built around its burgeoning sub-region, with six new wines that showcase the region's strengths and idiosyncrasies.

It’s almost midday on a Friday in late June when CityMag pulls into McLaren Range Vineyard in Kuitpo, the home of Golden Child Wines.

Winemaker James Hamilton has given us instructions on how to let ourselves onto the property while he drives over from Confessional, the shared winemaking space he works from (once known as RedHeads).

Revisit our profile of Golden Child Wines from 2016 here.

We pass a small flock of excitable sheep who’ve come to greet us at the gate, and when we reach the top of the driveway we survey the vineyard.

Kuitpo is situated in the Adelaide Hills, but gusts of cold wind whip around us from the McLaren Vale coast 20 minutes away.

The Hamilton family has had this property since the late ‘90s. David Hamilton, James’ dad, bought the plot in ’97, and, with the help of his neighbour, Geoff Hardy at K1, planted vines throughout.

David released a small amount of wine under the label 2 Dam Blondes, but his focus has always been supplying fruit to other wineries.

As Kuitpo’s reputation as a distinct sub-region has burgeoned, James has turned his attention to building his own brand off his Dad’s 20-plus years of background work. 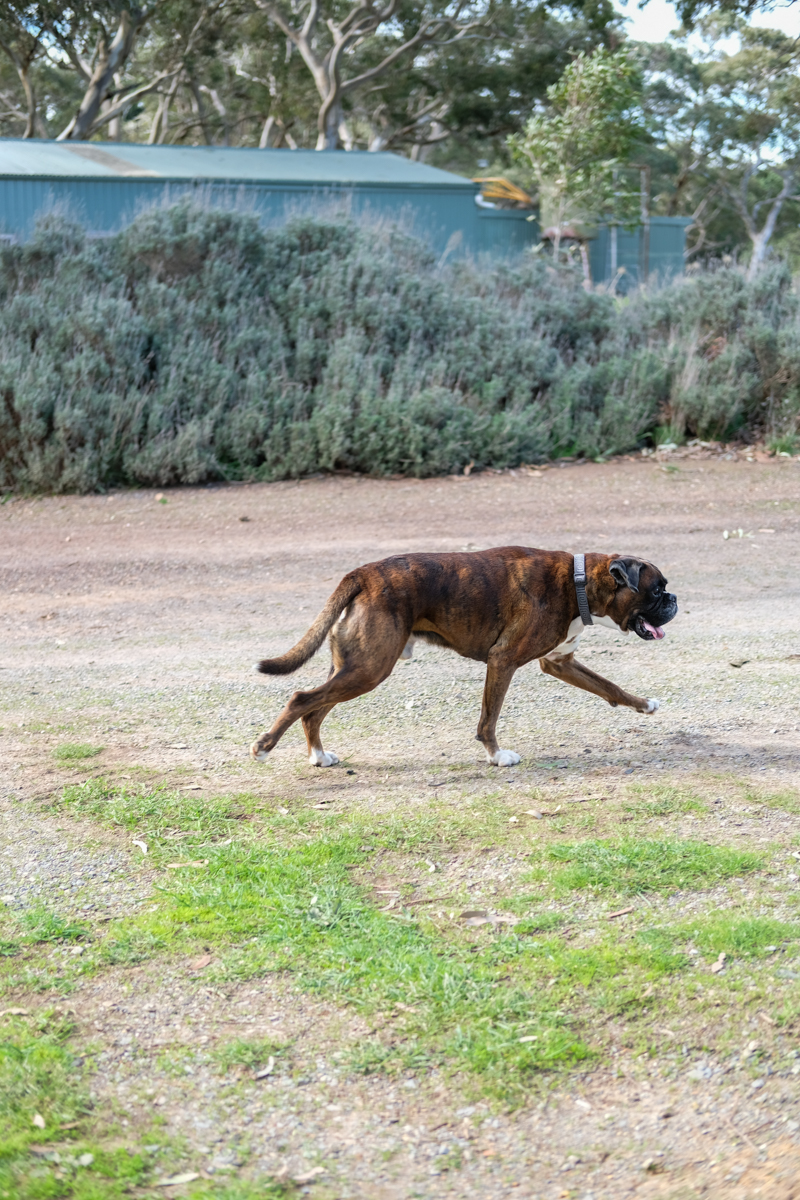 Above and left: Kobe on the run, and a “rustic” tasting at Golden Child Wines 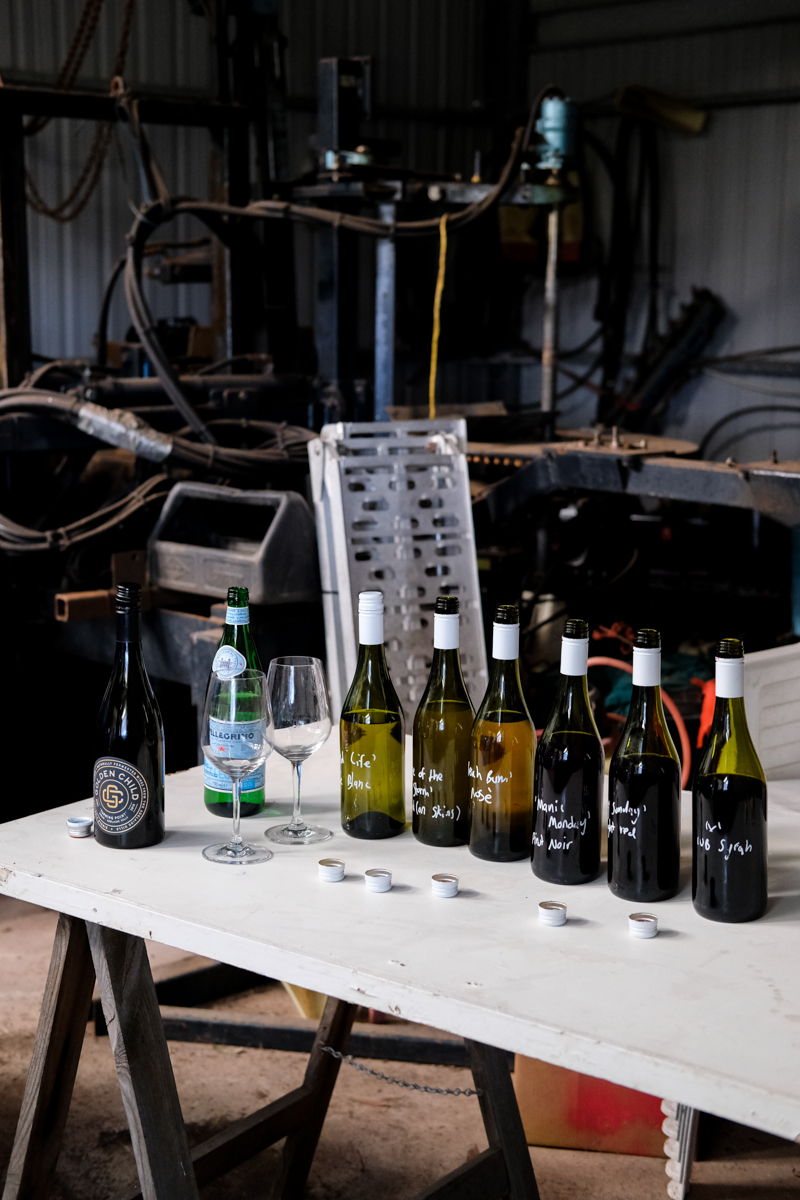 Friday is the one day of the week James dedicates to working on the Golden Child label; the rest of his working week is spent at his day job at d’Arenberg.

The winemaker arrives and we set up a makeshift tasting bench in the tractor shed, where he lines up the six wines that will make up Golden Child’s 2019 spring release.

This is Golden Child’s fourth vintage and the six wines are a shorter run than in previous years, due in part to the low yields seen throughout the region. But it was also active restraint on James’ part.

“I feel our range got a bit too big last year, so we’ve just simplified it a bit,” he explains.

“You just get carried away. Because it’s our vineyard, you want to explore different blocks. You’re still getting to know the fruit.

“I think some of these wines we may make not necessarily every year, but maybe every second year, depending on how the fruit’s looking.”

James apologises for the rustic tasting set up, so we ask what plans he and his dad have for the property. Many of the Kuitpo producers CityMag has spoken to recently have called for more cellar doors to pop up in the area.

“D’Arenberg have The Cube, right? I want to have The Deck,” he says.

“On those spring and summer evenings, up here’s stunning when the sun’s setting, so a big deck with a view, and maybe some simple food, more of an evening dusk thing, where people come up after work maybe, and just have drinks on a Friday evening or something, rather than the formal cellar door experience.”

The roadblock, though, is convincing his dad.

“He’s not completely convinced of having a cellar door here, or lots of events,” James says.

“I said I wanted to do a concert, a big music festival or something. I don’t think he’d like that. But at the same time I think he’s proud that I’m trying to follow on from what he was doing and maybe expand it a bit.”

But there is momentum in the region. James acknowledges the work of Hills producers who have built up the broader Adelaide Hills as a region over recent decades, but the Kuitpo producers themselves are now starting to become a cohesive group. 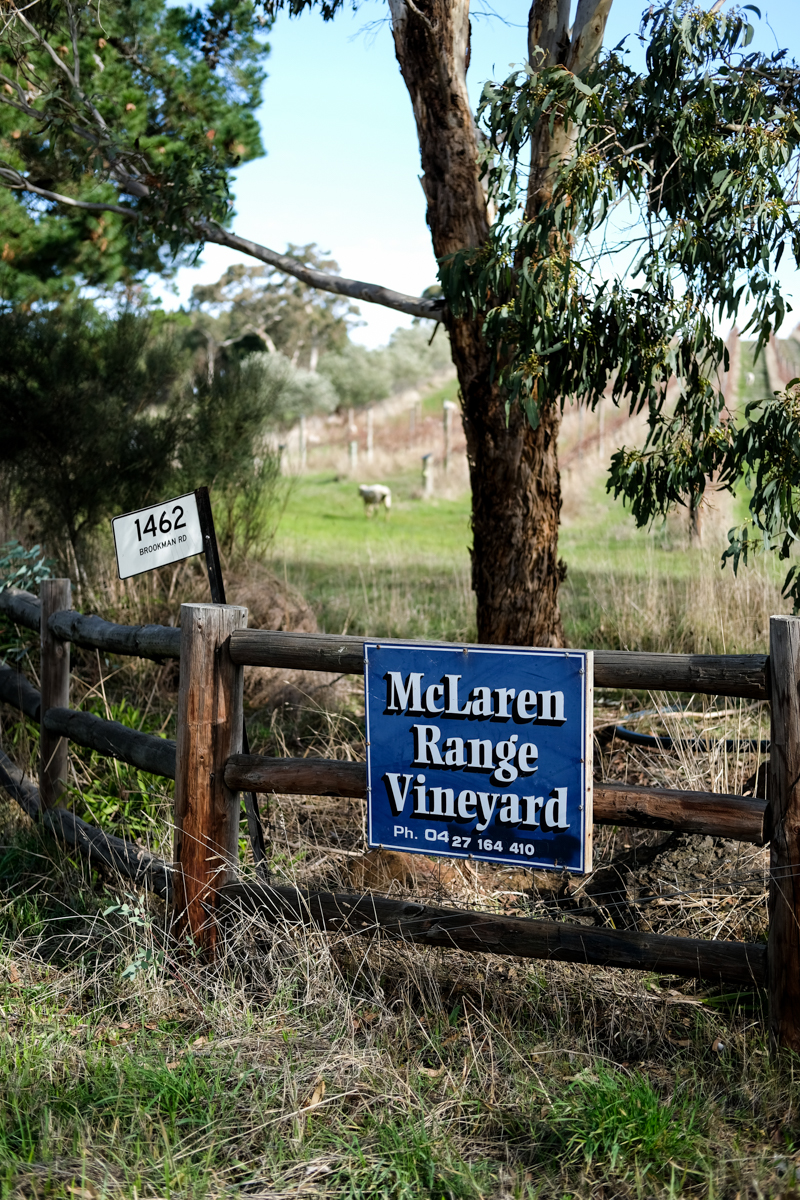 This is in no small part due to Justin Lane, who founded Freddy Nerks in Kuitpo last year, a label he was now been forced to walk away from.

“Justin kind of got the ball rolling on Kuitpo Kollective, so it’s a shame that he couldn’t be involved,” James says.

From those catalysing barbecues, a community has formed. Kuitpo producers are talking amongst themselves about the sub-regions future, planning events and discussing which new varieties might grow well and potentially come to define Kuitpo.

Golden Child is still one of the few labels prominently displaying Kuitpo on its label, and James hints at a potential beer label that will also bear the region’s name.

It’s clear that whatever momentum has been built so far will not go to waste.

“I honestly feel there’s a lot of potential here, just to get its own identity as well as being part of the Hills. It’s just so unique,” James says.

For a preview of the full Golden Child 2019 spring release, see below. Keep up to date with the brand on social media, and if the idea of Kuitpo beer takes your fancy – take a look here. 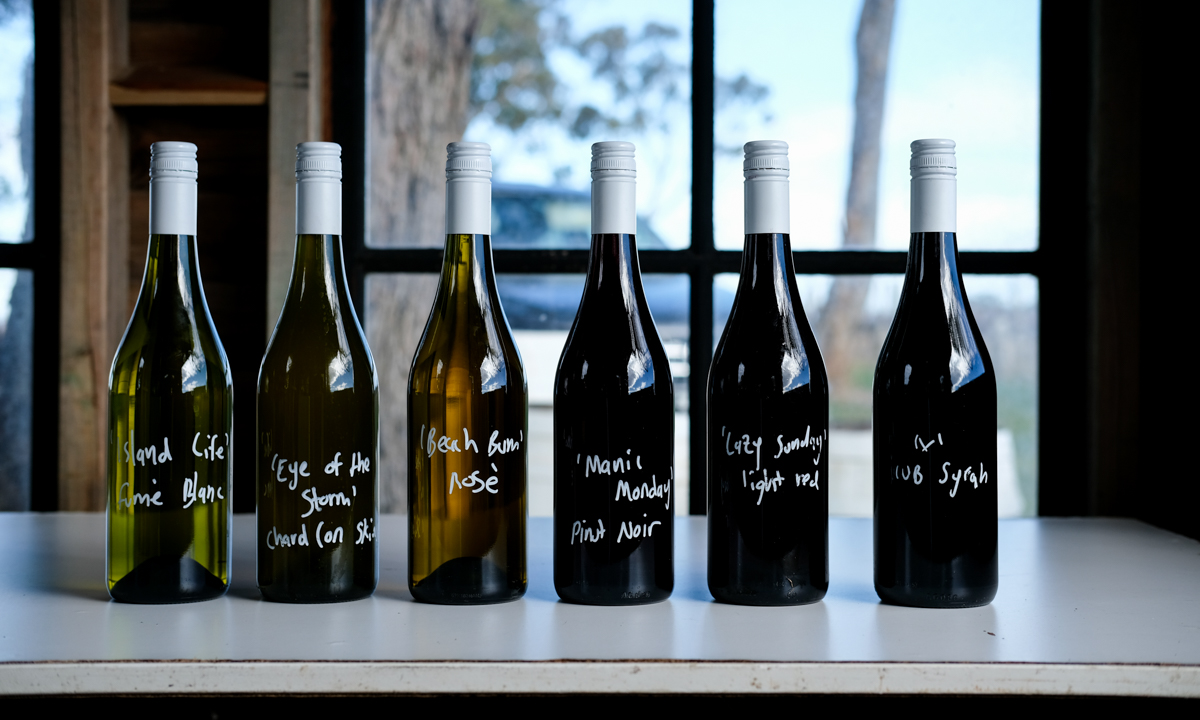 Island Life Fumé Blanc is an example of sauvignon blanc treated with respect, care and artistry. The wine is oak fermented, resulting in a more textural version of the oft-dismissed variety.

“It’s probably some of our best fruit, to be honest, is sauvignon blanc. I think the Southern Hills has some of the best sauvignon blanc in Australia.

“You look at fumé in some parts of France, and even the US where they do oaked savvies, and they’re just beautiful wines. They’ve got the texture of chardonnay, some nice acidity. And when it’s fermented in oak, savvy seems to get this cool smoky thing, which: fumé, fume, smoke.”

2019 Eye of the Storm Chardonnay

Eye of the Storm was Golden Child’s first foray into orange wine – white wine made with red wine techniques – and was a wine made “from default,” James explains.

The chardonnay block that grows on the property is contracted to another winery, but it was heavily damaged by birds last year and was rejected. James decided to use the fruit himself.

Having seen skin contact whites pop up in the local market, James had a go at his own last year, but “wimped out,” he says, and only had the wine on skins for around 15 days.

“It had kind of cool texture, but it probably wasn’t a full skinsy wine,” he says.

The 2019 Eye of the Storm differs in that it uses chardonnay sourced from Brackenwood, a nearby property, and James has been more adventurous with its skin contact, with two thirds of the fruit left on for 35 days.

“It’s like Fanta or Fruita or something,” James says.

“I find it fascinating, the skin contact stuff. We’ll see how this goes, but I’d love to try some other varieties, too.”

Beach Bum is a rosé made from pinot and because this year it was made like a white wine, has a super pale appearance.

“Handpicked, whole-bunch pressed, which means we didn’t crush it, and just pressed straight into barrel, and it’s been into barrel five months,” James says.

“Fermenting completely in barrel isn’t a mainstream option… [but] if the mainstream try it and like it, that’s cool.

“Hopefully it’s a bit more textural and interesting than your average rosé. We wild ferment too… When you wild ferment you get this wild strawberry, almost cut-straw character.”

Golden Child has produced 500-dozen of the Beach Bum rosé this year – the biggest release of any of its wines yet.

Manic Monday is a new 100 per cent whole bunch pinot noir from Golden Child, and made to be a “vibrant, sexy, light, smashable pinot.”

The Adelaide Hills has defined itself with lighter styles of wine, and this is a feature throughout Golden Child’s range. This is also a reflection of Kuitpo’s unique mix of cool climate and coastal influence.

“The Hills does these lighter, fresher wines really well, because we get great natural acidity and lower alcohols,” James explains.

Lazy Sunday Light Red is the wine that brought the most attention to Golden Child in its earliest days. It’s a 50/50 pinot-syrah blend that appealed equally to “cool wine bars” and the “average punter,” James says.

“In ’16, when we started, the lighter red stuff was starting to take off a bit, but we had dinner with some good friends of ours that aren’t in the wine industry, and they were basically saying, ‘We love lighter wines. The big heavy wines aren’t for me,’” James recalls.

“I thought I’d call it a light red, and that’s how that wine was born.”

The final wine in Golden Child’s 2019 spring line up is another newbie to the winery’s range, the Anti Social Syrah.

The wine has been early pressed to bring out more “fruit and vibrancy,” James says.

“The thing I love about cool-climate shiraz is the way it opens up. It’s really peppery and savoury to begin with, but as you get some air in there, you see that fruit emerge.”

Both the 2019 editions of the Island Life Fumé Blanc and Beach Bum Rosé have hit shelves already, and the rest of the range will be released to market in the coming months. Keep an eye on Golden Child via social media for updates.

Giving from the Heart