Established in 1973 on Hindley Street, Michael Merhi's Jerusalem Sheshkebab House is either completely new to you or definitely your favourite restaurant of all time. Ever. 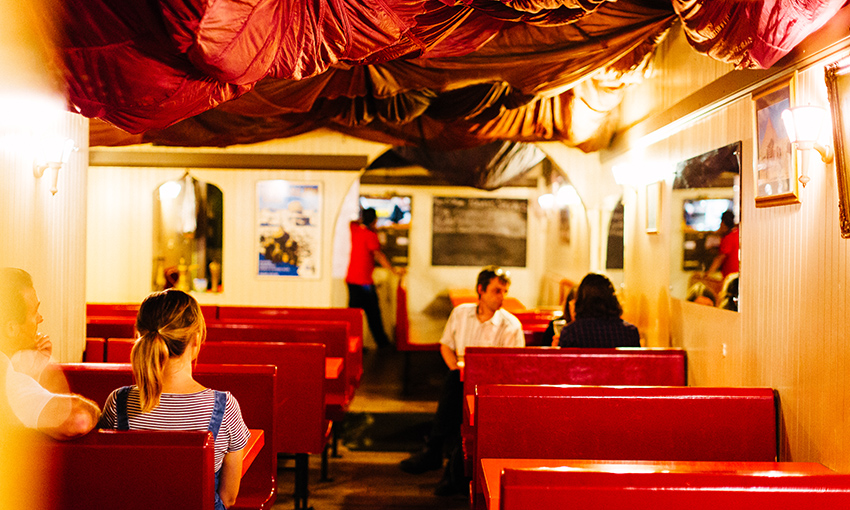 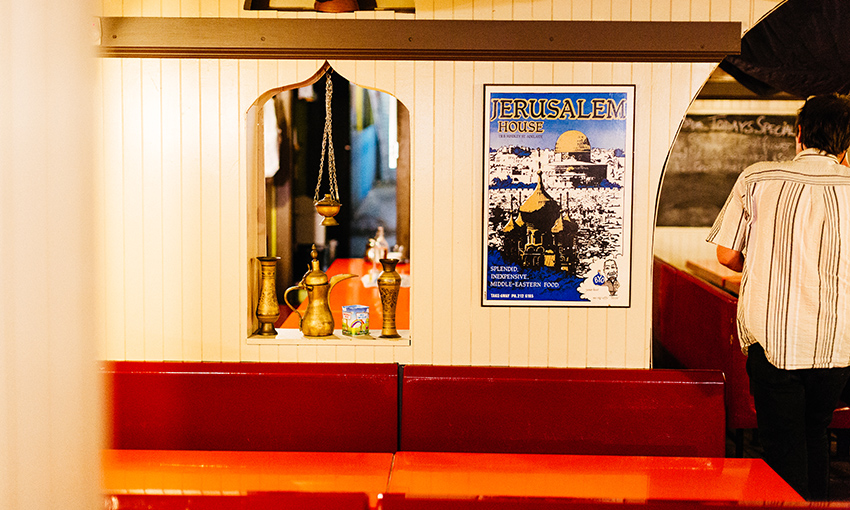 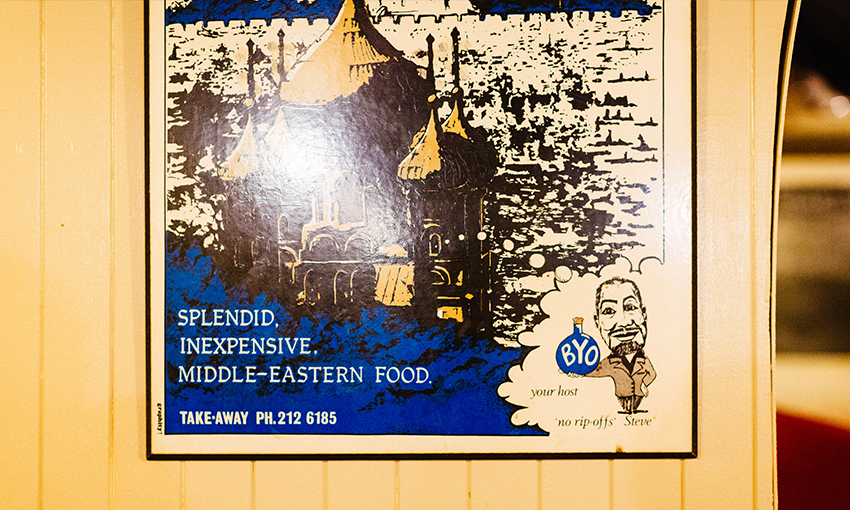 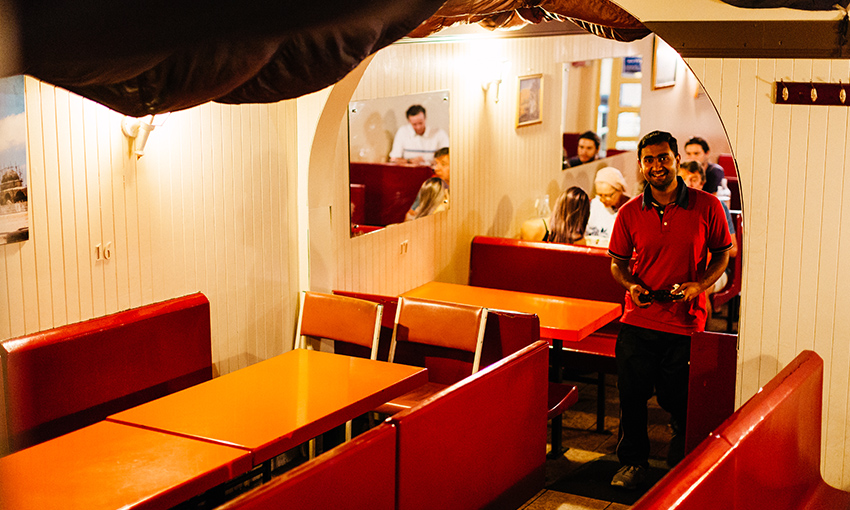 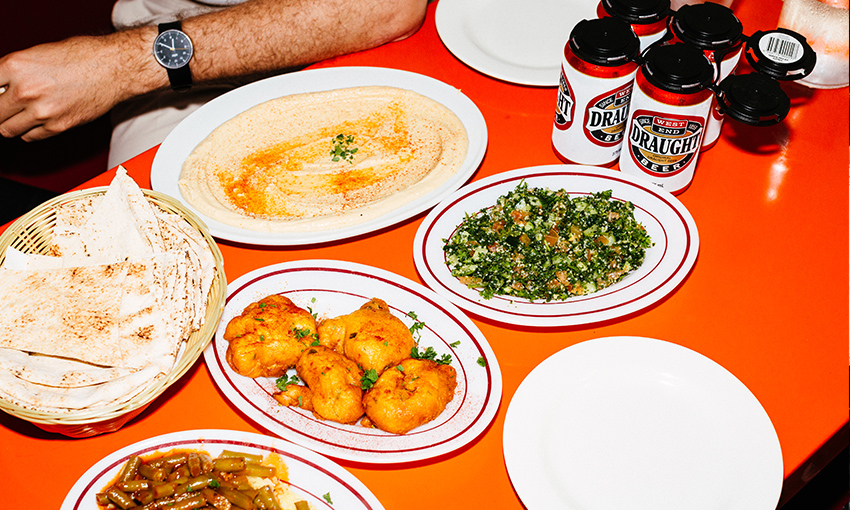 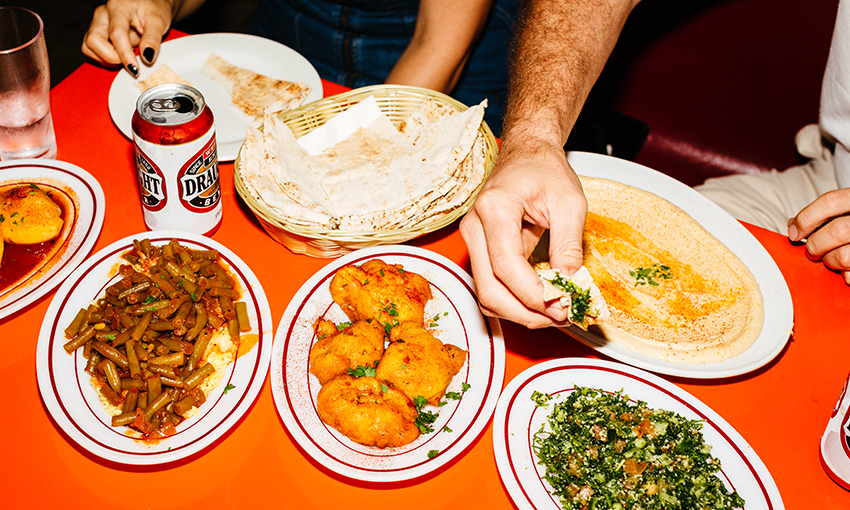 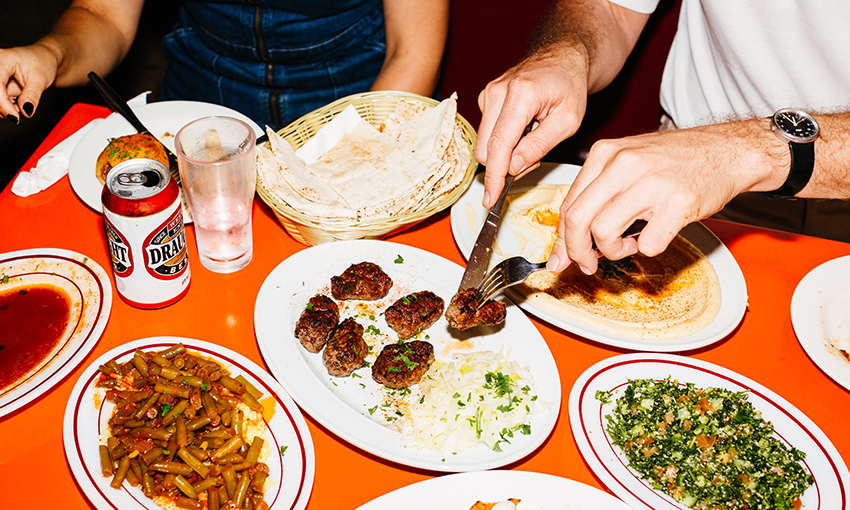 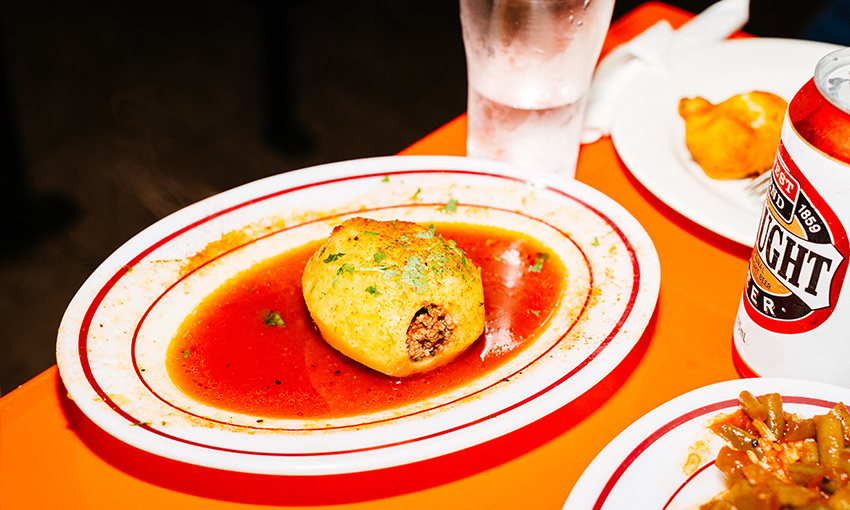 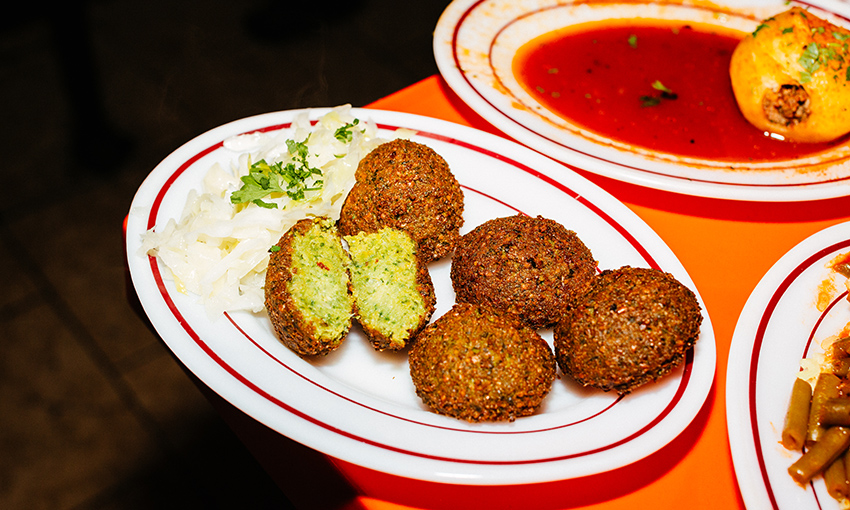 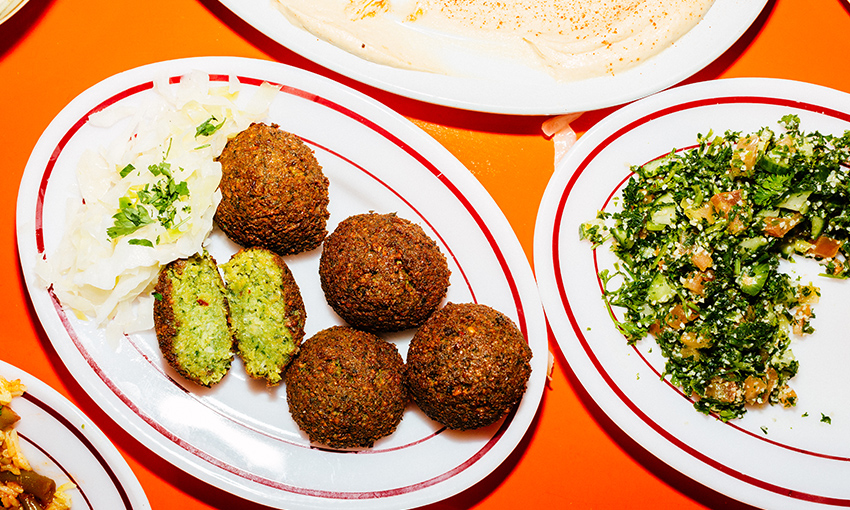 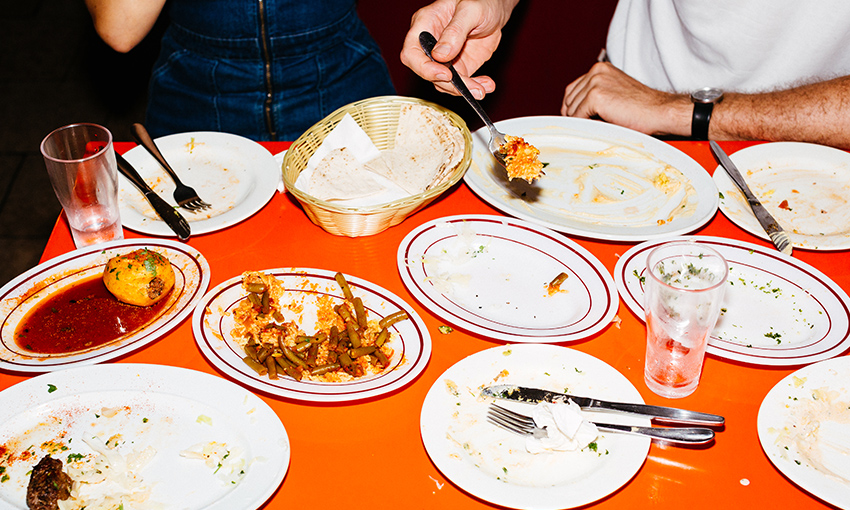 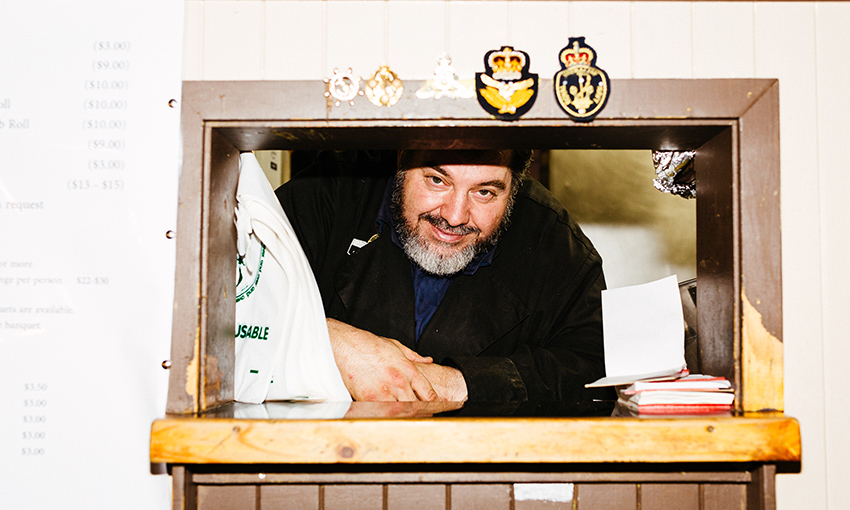 CityMag is by no means a connoisseur of Middle-Eastern cuisine. We cook from Ottolenghi and love it. We have friends with Lebanese heritage who’ve fed us tabouli we could live off for the rest of our lives and we know Jerusalem on Hindley Street makes the best falafel in the city.

Sandwiched between two sheesha lounges, opposite the Rosemont Hotel on the decidedly seedy end of  Hindley Street, Jerusalem Sheshkebab House (as it’s officially named) is a landmark more than a restaurant. The exterior looks distinctly foreign amid its neon neighbours and though you may spy an ‘open’ sign in the window, we’d forgive you for thinking it definitely wasn’t.

After 45 years in business on the same site, you can be sure this restaurant isn’t seeking your attention.

“Back then there was nobody in Adelaide of that nature,” says Michael Merhi owner, chef, waiter and maître d’ of Jerusalem.

“This was the first Lebanese, Middle-Eastern restaurant in South Australia,” says Michael continuing, “and Hindley Street was Adelaide.”

Jerusalem was started by Michael’s father, Steve who immigrated to Australia from Jordan via Germany in the 1960s.

Steve Merhi lived in Gippsland first, then Frankston, Richmond and Sunshine. After Sunshine, Steve brought his family, including Michael, to Adelaide and set up the Blue & White café on O’Connell Street, “next to the Pink Pig,” says Michael – as if we needed any landmark other than the famous Blue & White. 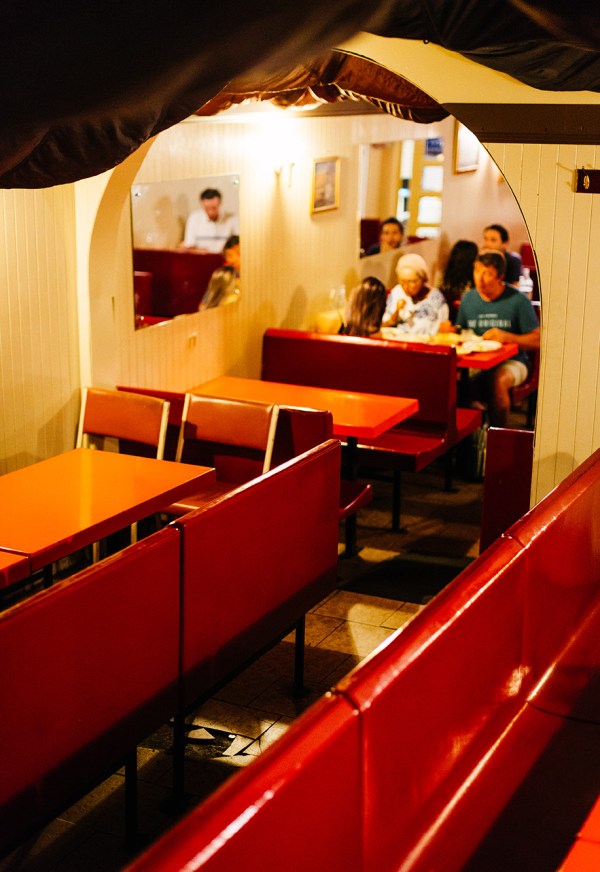 Going from the hugely popular and highly lucrative chips and steak and burger business in the late ’60s to selling chick pea patties and something called a kafta, establishing Jerusalem can only be viewed from 2018 as an incredibly bold move for the Merhi family.

“When Dad first started up, the greatest challenge was exposing [customers] to Middle Eastern culture. In those days there was no such thing as vegans and vegetarians and quasis and you know, all that kind of stuff.

Throughout our meandering conversation under the parachute roof that makes us feel like we’re dining in a bedouin tent, the notion of price, or rather – value for money – surfaces several times.

Just a short walk from Peel and Leigh Street, where punters will happily pay $20 for one drink, you can get a whole banquet of exquisite food for the same price.

The night we dine at Jerusalem we opt for a $25 banquet and our attendant clarifies if we’re vegetarian before suggesting a few special items. We tell our waiter the only requirements we have are tabouli and houmos, to which he scrunches his eyes closed and smiling he says, “Of course”.

When you order a banquet over $22 you pay no corkage at Jerusalem.

Although we’ve visited many times before and understand the restaurant is BYO only (Jerusalem does not serve alcohol), ‘free corkage’ was a new revelation offered by our photographer – also a Jerusalem fan – who had brought a six-pack of beer to accompany him on this special assignment.

No sooner had we ordered than our attendant was back again with tabouli and houmos, pita, beans and rice and yet more things to start. 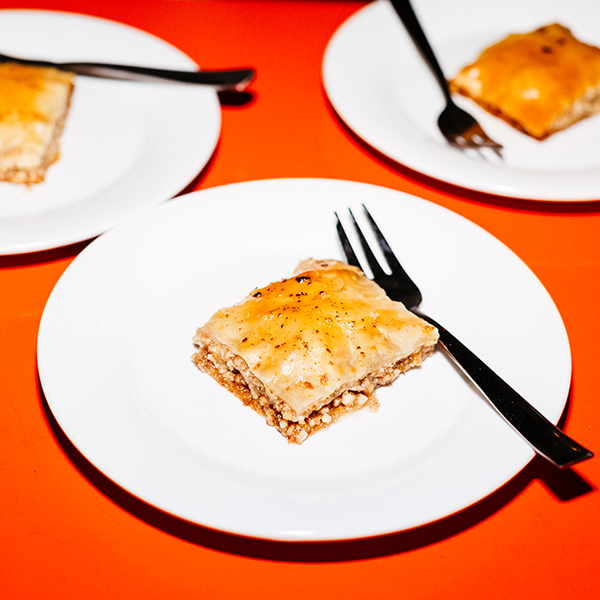 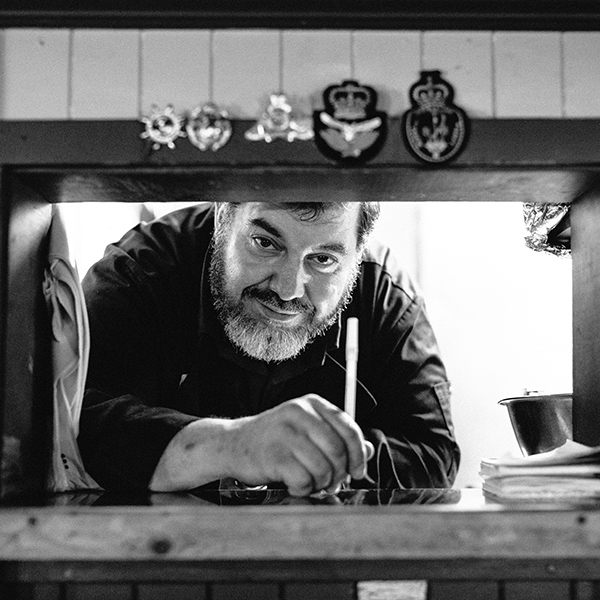 Kafta – the spiced meatballs came next and charcoal-cooked chicken in an aromatic and tangy sauce punctuated what could easily be mistaken as the pinnacle of the banquet except for one thing – the falafel was yet to arrive.

Conversation drops out completely in the orange fiberglass booth as they arrive and we break open the crispy crust of the most perfectly cooked and delightfully prepared falafels in Adelaide (image 9 & 10 above). Using pita as tongs, we each grab at bits from dishes before us, mixing and matching and making different combinations, trying to create the perfect mouthful each time.

But it’s all good.

“When people appreciate what you do, it gives you a reason to value them more than what you do and that’s what it’s all about,” says Michael. “That keeps you in business, that keeps you happy and content. It’s not the monetary gains, it’s the principle behind it.

“It’s simple,” Michael reassures us. “The richness in value and principle – the love that comes from it. Everything is a mode of expression, even when you write,” he says to us, “you’re expressing yourself through your writing. The food is the same, you’re expressing your feelings, your emotions your love for what you do – the compassion. It all stems from that.”

Michael buried his father last year. The family took his body back to Jordan.

Time away from Adelaide helped Michael see the good and bad about Adelaide. He’s worried by the excesses he sees every weekend on his front doorstep in Hindley Street. He gets frustrated with the complacency he hears from people who’ve never visited Beirut, Cairo or Jerusalem. He admires his Egyptian wife’s family – who are happy despite not being wealthy and despite all the real political and social unrest. And he appreciates how fortunate we are to have such unfettered access to the best quality food and produce here in South Australia.

“It’s just time,” Michael offers as the rationale behind his wisdom.

“You learn to appreciate things differently as you go along. You see the intrinsic value in things, not just the external appearance of things but the beauty behind everything, the beauty behind the people and the individuality of everyone, the richness of the culture, the spirituality behind it, the history. Everything is complimentary brother,” he says.

Jerusalem is known as the City of Peace. Here in Adelaide, the restaurant of the same name does much to embody that ideal.