Therese Smith tells CityMag she loves “being a leader,” but she wasn’t given much opportunity to exercise this ambition growing up.

“I’ve always wanted to be on [student representative council] when I was in primary school and never got it,” she says.

“I always wanted to be school captain but was never the smartest, so I was never voted in.”

In founding wholesale plant-based catering business Vegan to a Tee in 2018, Therese created this opportunity for herself.

With the growth of plant-based dining across the city, Vegan to a Tee, which lists popular café group Argo as a customer, found great success in this niche.

So successful has the business become, Therese, who goes by Tee, has launched an offshoot café – Seed & Stone at in Central Market Arcade.

The cosy shop launched at the end of May in a Renew Adelaide space that faces into the Adelaide Central Market.

The menu is still a work in progress, but on the day CityMag visits the dessert cabinet contains vanilla slices, cannolis, banana slices, stuffed croissants, brownies and gluten-free cookies, among other treats.

“Sweets are the main elements, and there is going to be more in the cabinet once I get my act together and make the things,” Tee says.

As we sit for our interview, Tee is sporting bright pink hair, which matches the bubble-gum pink interiors and green moss tiling.

She her partner built the shop fitout themselves.

“My partner would work all day building houses and then he would meet me here at 6pm and we’d work until early hours,” she says.

“It was love labour,” Tee laughs.

A post shared by Vegan to a Tee (@vegantoatee)

In addition to her wholesale business, Tee’s history in hospitality has seen her work for businesses such as Veggie Vie, Joy and Flora and The Pantry on Egmont.

Tee found her love of cooking as a kid. She learned quickly that cooking dinner for her seven siblings meant escaping other chores.

“No one had the passion to be in the kitchen until I came along and I was like, ‘Oh, I like cooking,’” Tee says.

Midway through a stint working in Canada, she realised she loved cooking enough to want to do it professionally.

This is when the idea for Seed & Stone began to germinate.

Aside from the dairy milk available for coffee orders, Seed & Stone is entirely plant-based.

Tee, who is vegan, doesn’t want to lean too heavily on promoting the café’s menu as plant-based, though.

“I want my stuff to be good enough to stand on its own, without having to call it vegan,” she explains.

She made the allowance for cow’s milk with coffee as she saw it as necessary to running a viable café in the Central Market.

“It was the best business decision I’ve ever made,” she says, “but it hurts my vegan heart that I do that.

“And I know that, [in] the vegan community, some people might slap me on the wrist for doing it.”

In this early stage of Seed & Stone, Tee is pulling massive shifts to get the fledgling enterprise off the ground, sometimes working from 7am to 9pm.

Her ambition is to eventually open additional Seed & Stone stores around the city, while remaining hands-on with all the products.

“I want to be, ideally, the number one vegan wholesaler in Adelaide,” she says.

Seed & Stone is located at Shop 32 Central Market Arcade, facing into the Central Market proper. The café is open from 7am Tuesday through Saturday and opens ’til late on Friday nights. 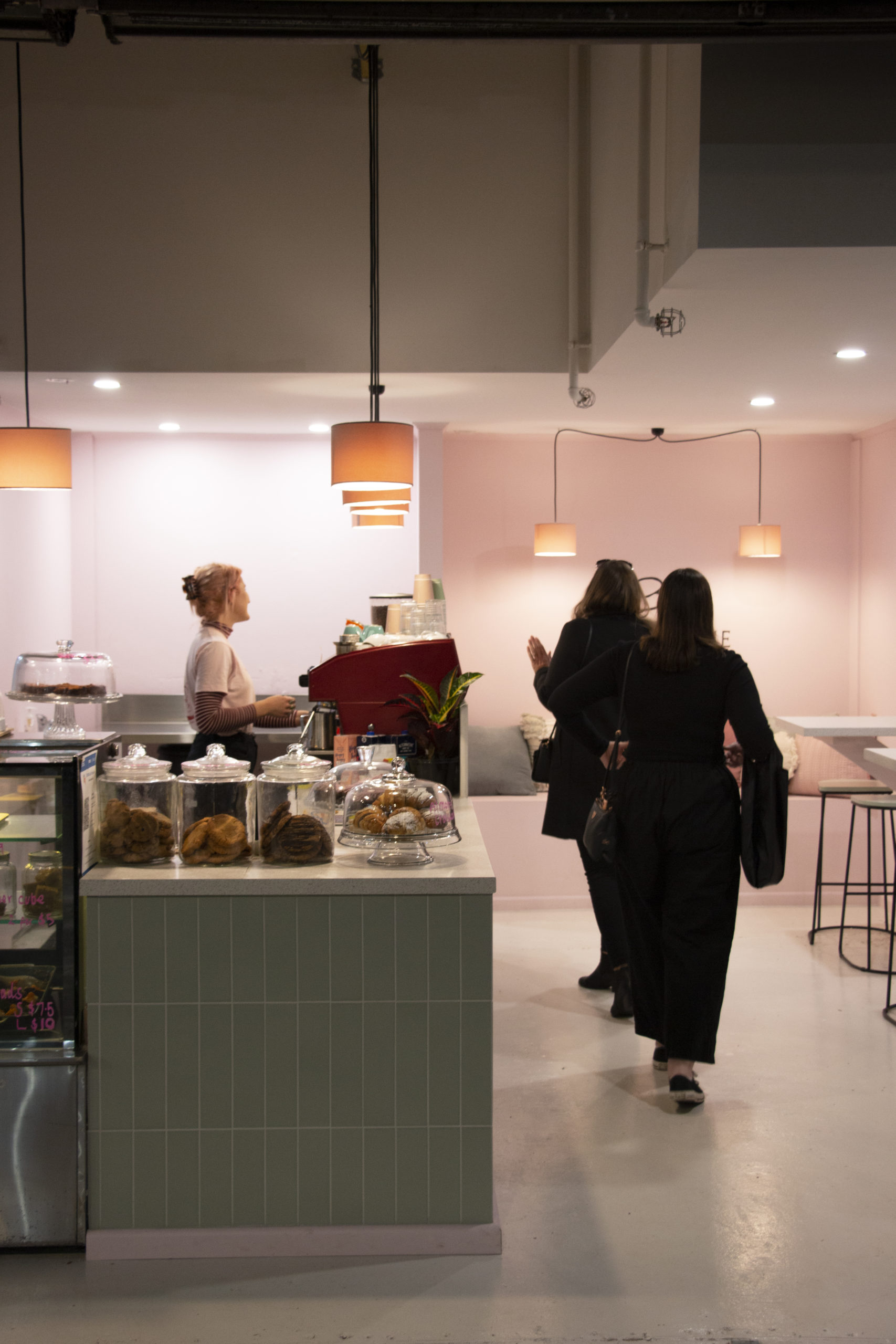 Come for the sweets, stay for the highly ‘Grammable Millennial Pink interior