The people who brought us Ital offer up something a little sweeter. 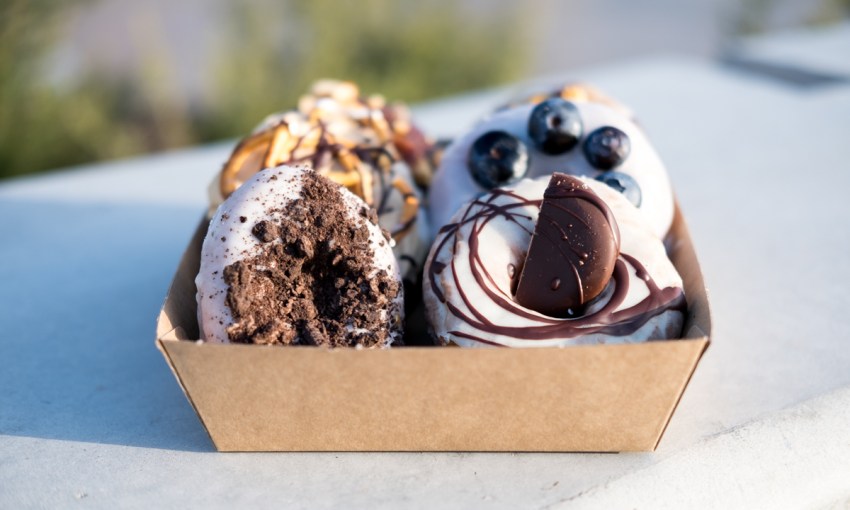 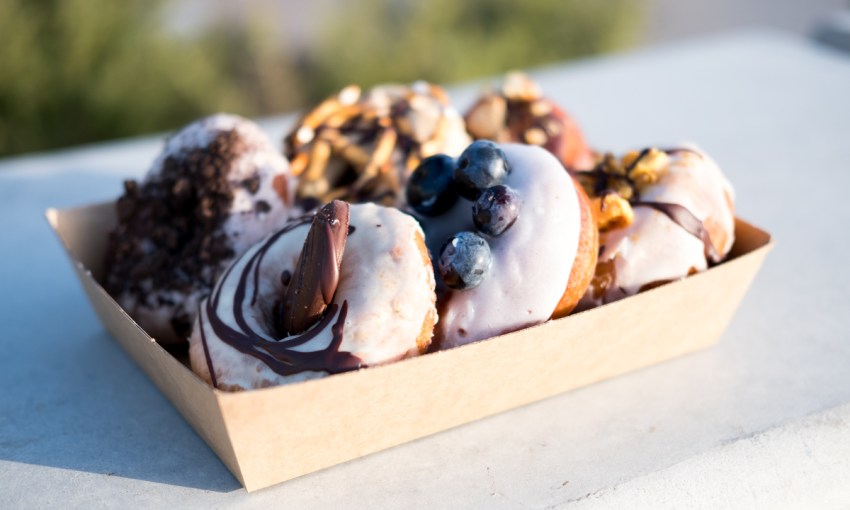 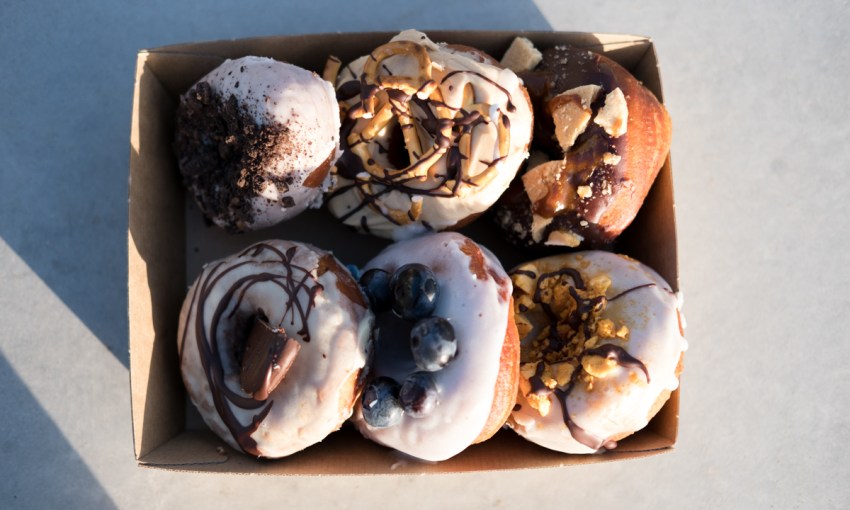 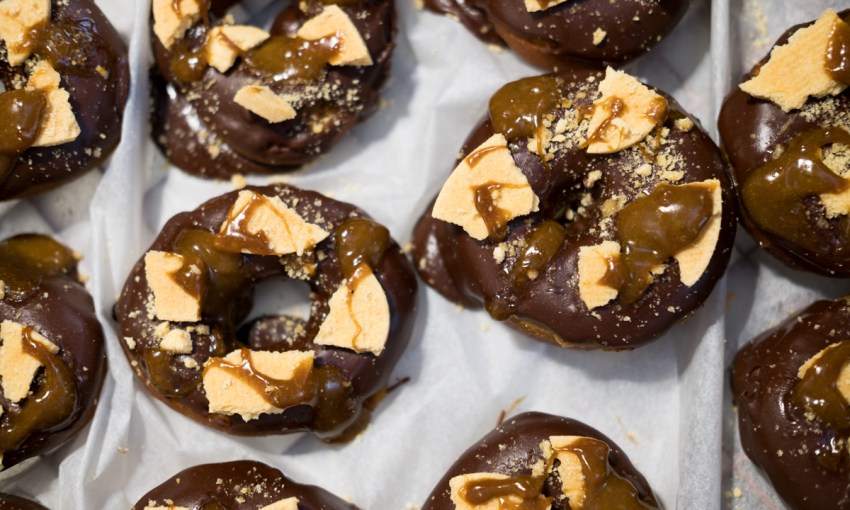 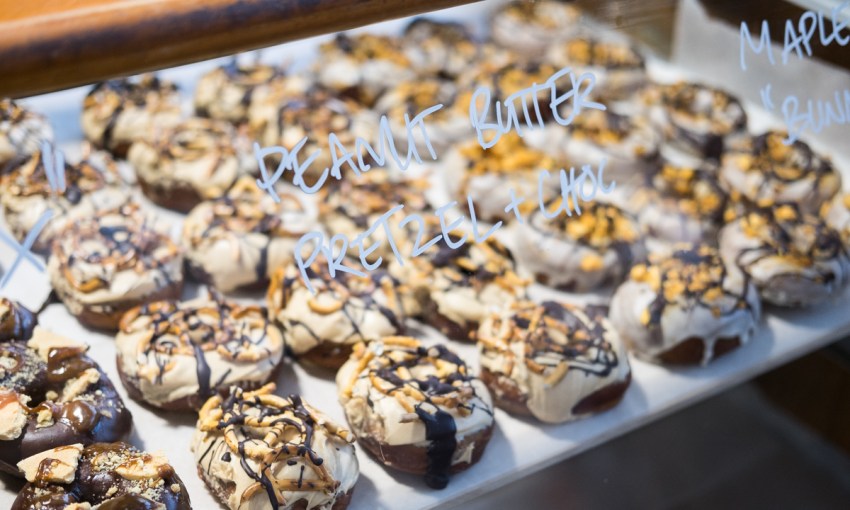 When Jules and Erin Habib moved their vegan eatery – Ital – from their pop-up location on Hindley Street to a more permanent home at Bowden’s Plant 4 markets, something curious happened.

Cakeboy Donuts are available at Bowden’s Plant 4 markets on Wednesdays 4pm-9pm and Saturdays 9am-3pm. They are also available at Pollen 185.

“Here we were doing a whole bunch of Ital stuff still,” says Erin, “but we just found everyone wanted the donuts.”

Looking around them in the market, and further afield around Adelaide, the couple realised they had once more come across a market gap that they could happily fill – but this time with hand-made vegan donuts.

“There’s already so many other established vegan businesses here that are friends of ours,” says Jules. “We just thought it was better to complement what was here already.

“And there wasn’t really any other desserts here already that were vegan apart from raw cakes and ice cream. So we thought if people wanted something a bit more naughty, but not actually naughty because it’s still vegan as well – then we’re here.”

So – the pair rebranded from Ital to become Cakeboy Donuts. 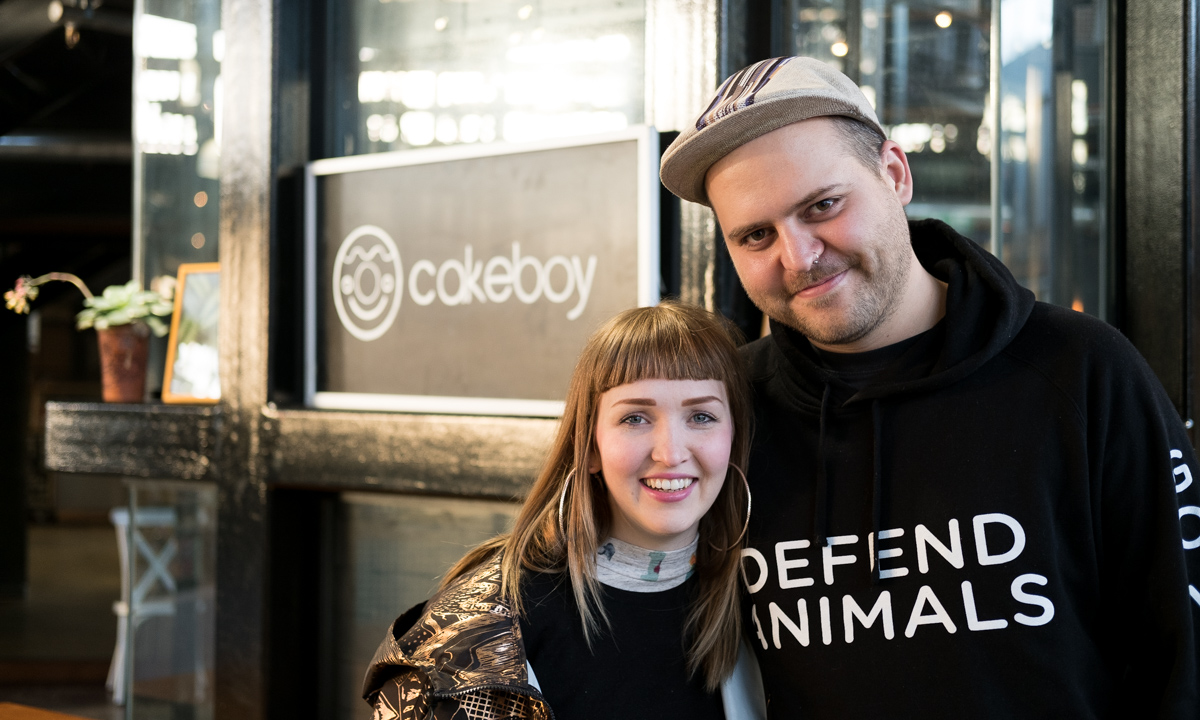 Made by hand by Jules and Erin, each Cakeboy offering is not only vegan, but also organic, and a little healthier than your regular donut.

“Ourselves, we don’t eat anything but organic,” says Erin. “I didn’t want to serve people something I wouldn’t eat. I want people to have a naughty treat that’s actually not that bad for them.

“They’re refined sugar free until you put the icing on – the sugar in the dough is organic coconut sugar, so it’s better for you.”

While there are some ranges of donuts that regularly appear on the Cakeboy roster – including Twix and Peanut Butter Pretzel and Choc – there is also an ever-evolving array of special donut flavours that appear each week.

The specials range is influenced by the kind of things Jules and Erin might eat at home.

“The ideas just come from what we would like on a donut,” says Erin.

“I think it’s stuff we find – these biscuits are like Mint Slices, but they’re a vegan version. That’s just something we would buy to have with our cup of tea, and we were like, ‘well maybe that’s something we could put on a donut, and make a peppermint icing’.

“This one here is cookies and cream but we don’t use Oreos, although they’re known as the ‘accidentally vegan biscuit’ they still use palm oil. But this is a range without palm oil we found.”

They’ve only been operating in Plant 4 for about four weeks, but already Cakeboy has a strong following.

“We already have loyal fans who come here for it,” says Jules.

And that’s a sign that we’ve got plenty of time to sample all the flavours that Jules and Erin can come up with. 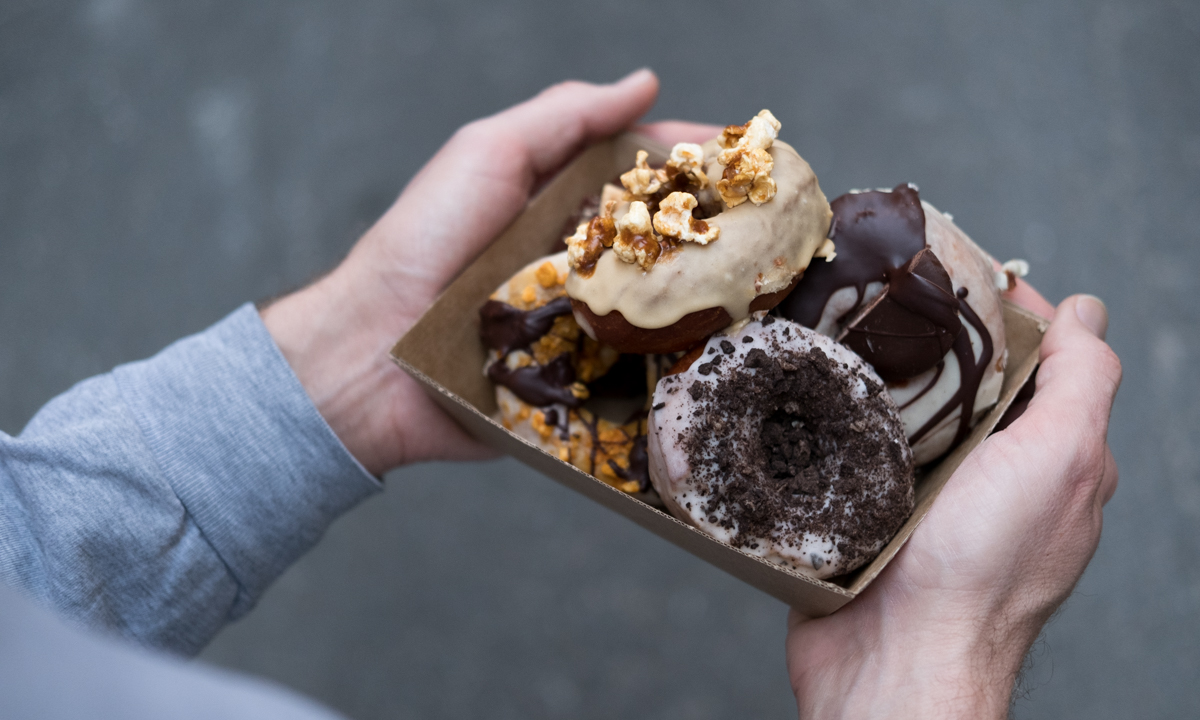