The last time CityMag caught up with Aman Takhar, it was to hear of the pitfalls of running a homegrown food delivery app at the same time as a global competitor entered the Adelaide market.

That was four months after the collapse of his former business, Mlkman, but Aman was in surprisingly high spirits, and he hinted we would see more from he and his business partner, Jason Cross, in the future.

So we responded with great interest when the duo invited us to a non-descript Pulteney Street frontage to see the operations of their next app, Bianca.

There is no discernable street presence at the site, and once inside, the space is equally as threadbare, except for the shiny new pizza oven to our left.

Bianca is once again a food delivery app, but this time designed from the data Jason and Aman collected during their time at Mlkman.

“The first of its kind in Australia – I’m going to say that, only because there’s Zume Pizza in San Fran, and they’re full-stack as well. Bianca’s the first full-stack, we believe, in Australia, and what that means is we own [and have developed] the whole process.”

“The whole process from order to your house – we own that,” Jason says.

Rather than the front of the store acting as the gateway to their business, the only way to access Bianca will be through your smartphone – something Jason admits will be a challenge.

“You go through North Adelaide, a new restaurant pops up and it looks awesome, so you tell your friend ‘we should check that out.’ Our hard part is you walk past here, you can’t come in, you can’t try,” he says.

But what they’re offering is a pizza that has been hacked so that it is perfect for delivery. Not the greasy, sits-in-the-pit-of-your-stomach-for-days kind, but traditional styles, Napoletana and Sicilian, made to be enjoyed from a box in your home.

“All these restaurants make amazing pizzas,” says Jason, “but they make it for right now, sitting in the restaurant, they put it on a plate and then you eat it. They’re not going to change their recipes or change their processes to make it for delivery, because that’s not their primary business.

“That’s why our whole focus is just on delivery. That means our food is not about ‘can it last the next two minutes and look great on a plate here?’ It’s how does it look in a box, how does it get to the customer’s house?” 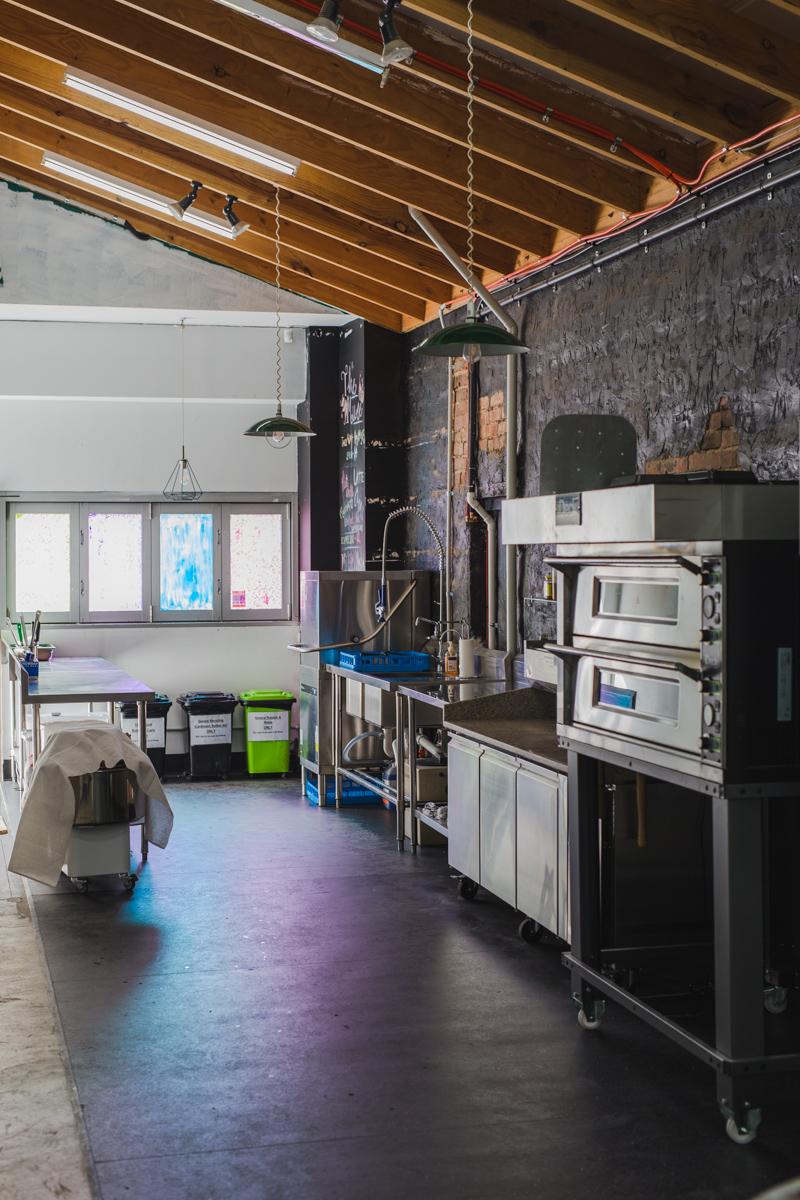 For the food side of their business, Jason and Aman have worked with a consultant on developing a recipe that stays true to the traditional styles they’ve chosen – adjusting the amount of time they proof the dough, how it’s stretched, and the types of yeast they used, until they were satisfied they’d found a deliverable formula.

On the tech side, the pair has also taken lessons from their time at Mlkman, with Jason building a routing algorithm prior to launch to save them from having to manually route orders, and building assurances into the system so their product won’t be compromised by long delivery times.

“Because we own the whole stack, we know where all of our drivers are, we know what our loads are like inside, so we know how to time out when the pizzas should be made, to make sure that as the driver walks in, that pizza is coming out, is getting cut and put into the car,” Jason says.

Bianca will launch with a relatively small menu, but will add options over time, with Chicago deep dish promised to come by winter next year. There will also be a function built into the app (but not made live until later) called Labs, where Jason and Aman will test new types of food designed specifically for delivery that aren’t pizza.

Entering the food delivery market once again, CityMag expected to hear hints of trepidation in the lads’ voices, but having been through the Mlkman experience, they feel they’ve learnt the lessons necessary to build and market a successful platform, and they’re excited to get started.

“We know what works and what doesn’t work. We have much more traction now already, more people talking about Bianca than we did for Mlkman for months, because we didn’t know how to market an app,” Aman says.