Hello Sarnie’s slow-moving takeover of the city’s grab-and-go lunch scene has seen it join a decade-old icon of the West End’s health and medical precinct. 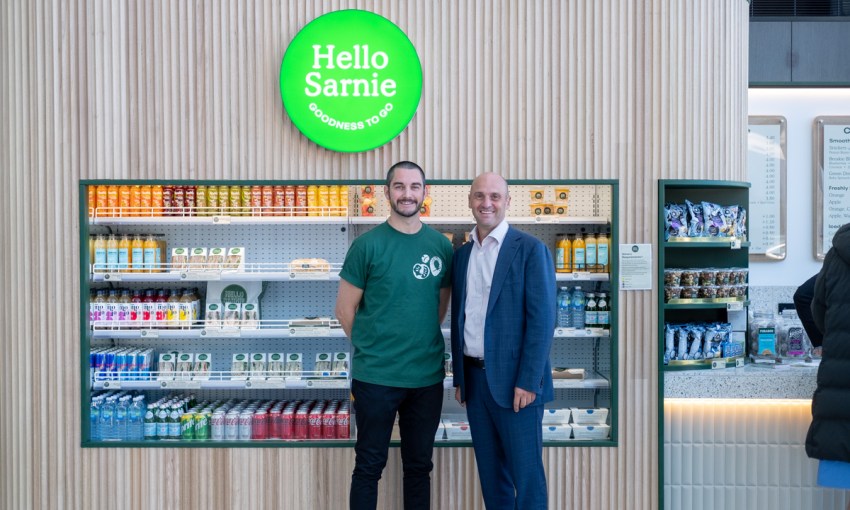 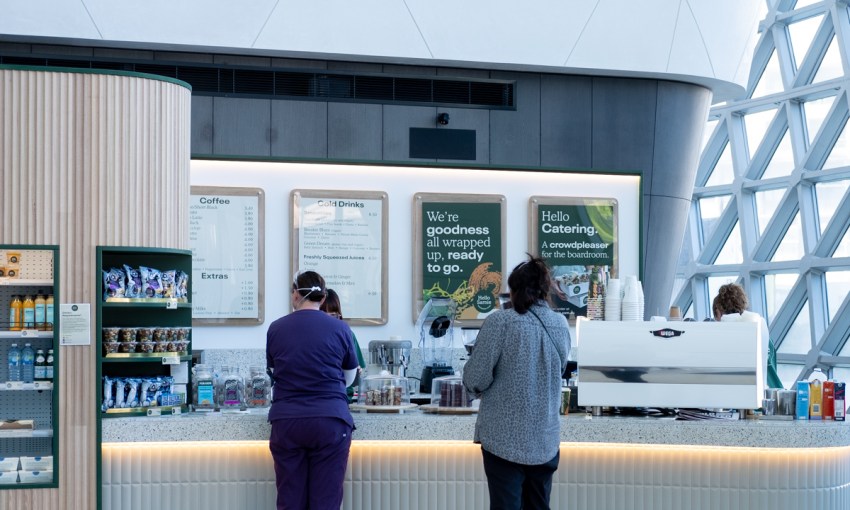 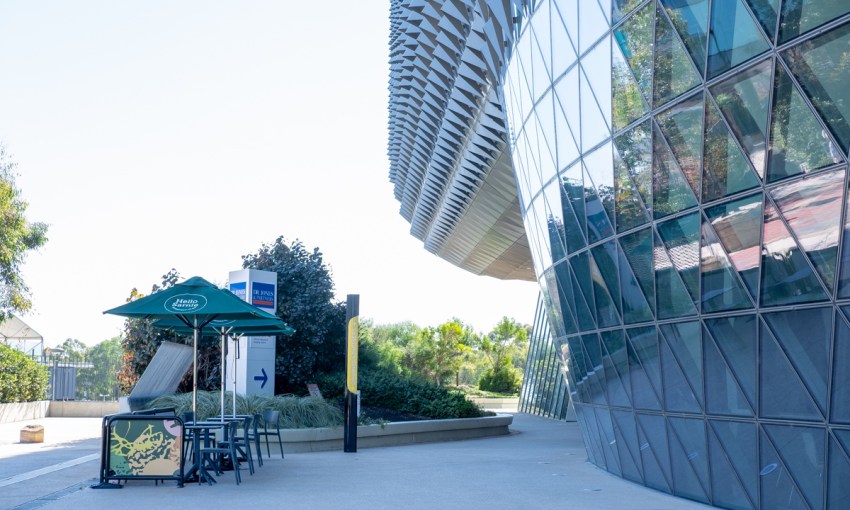 It’s been 10 years since the Cheese Grater (or SAHMRI, officially) opened in the West End’s then-nascent health and medical precinct.

From its launch, the building has been a hub of very intelligent minds working to solve very complex health problems.

Collaboration is an inherent part of the building’s design, with co-mingling spaces, such as the café on level four, set up to be a place for those aforementioned minds to meet – either by chance or intention.

There were a couple of problems with the café’s location, though.

The first was that during the pandemic, while staff levels inside the building were restricted, it became difficult to track where people were moving.

Another issue was an unintended consequence of the space’s popularity.

“It was [set up] to facilitate collaboration and to get people who were doing research in the building and getting them to collaborate over a lunch or over a coffee or over a morning tea,” John says.

“What we found out was, the way that the building was designed over level four, the atrium goes all the way up to the building, so if there was quite a noisy day, that noise would reverberate all the way through.

“We got a few complaints occasionally, that if you’re knee deep in research and you’re at your desk and you’re doing some high-level data analysis, having a noisy café is detrimental at times.”

The solution was to move the hospitality activation down to ground level, which SAHMRI’s management team took as an opportunity to freshen up the food offering, putting the tenancy out to tender.

In June last year, they began discussions with the team at Hello Sarnie about bringing the growing grab-and-go lunch business into the health hub.

“We wanted something that was going to advocate health, given that we are health and medical research, so the fact that it was made daily, fast, friendly, fresh, vibrant was really appealing,” John says.

“When I spoke to Andy (Pearce, Hello Sarnie co-founder), from their value proposition, we felt that that was going to align with what SAHMRI’s core principles were. Having an organisation that could work and be conducive to our principal health translation was important to us.” 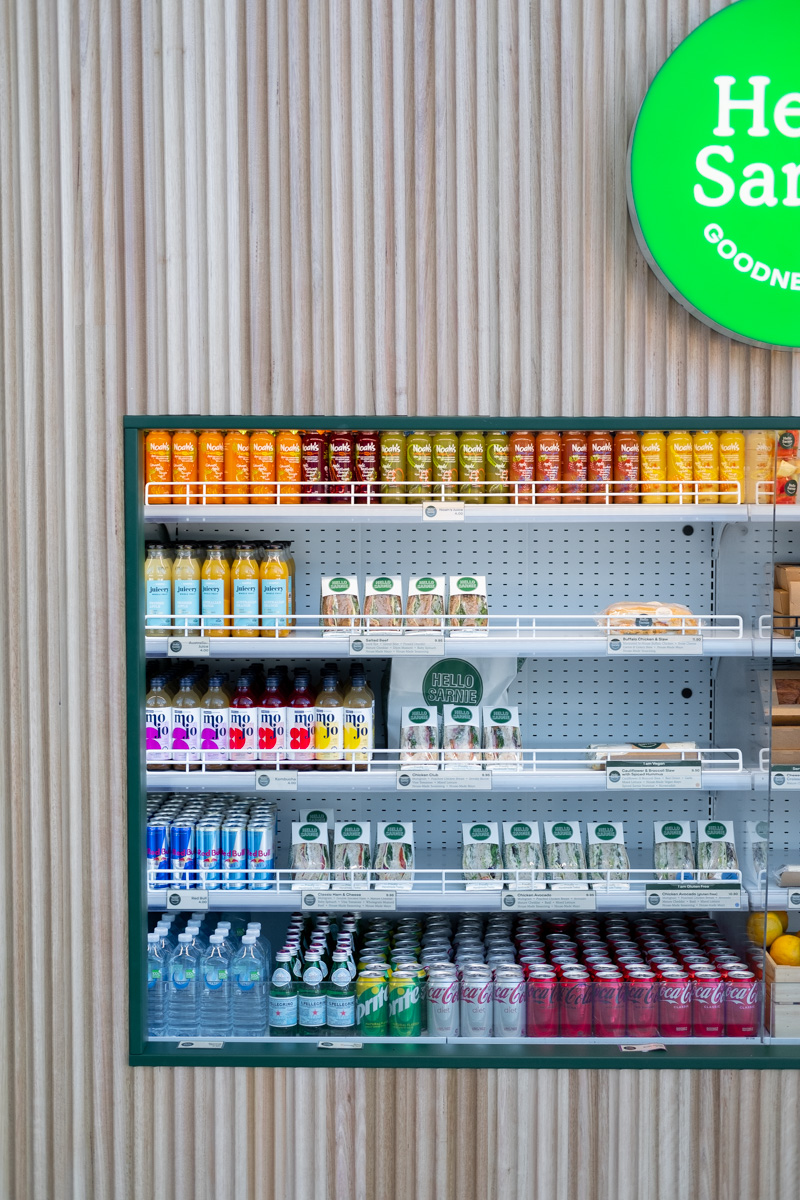 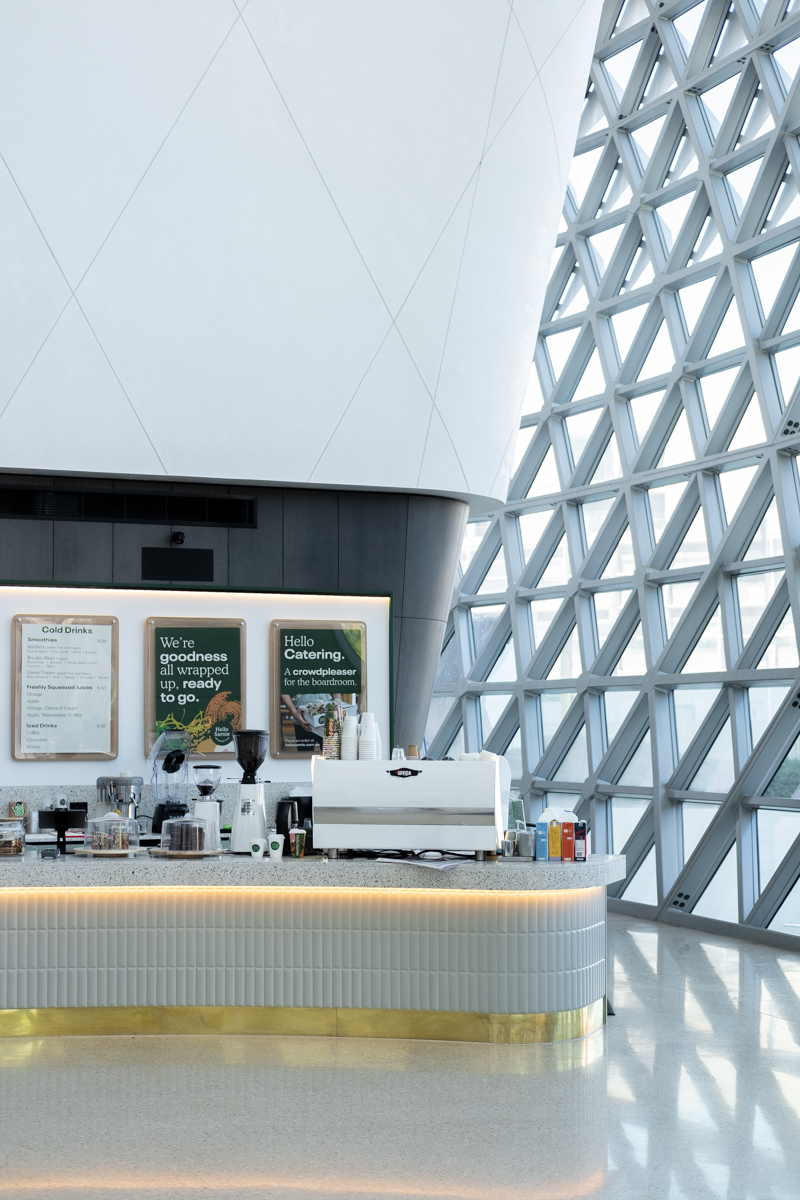 The opportunity came at a perfect time for Hello Sarnie, who had recently expanded their Gawler Place kitchen to prepare for a scale-up in their corporate catering. This also allowed for the expansion into SAHMRI, their fourth store.

Hello Sarnie first opened at SAHMRI on level four as a pop-up while the ground floor tenancy was being built, in order to get to know the clientele within the building.

The business’ made-fresh-daily MO was not the only point that won over the SAHMRI team; Hello Sarnie’s application of time-saving technology also helped win them the position inside the building.

“It was really compelling, the technology aspect,” John says, “because [with the previous tenant] I was getting regular photos of the line, people who had ordered their coffee and were waiting 20 minutes to get it, and people getting frustrated.

“Being able to just walk past, grab your coffee and go, that was compelling to a lot of people that I spoke to.” 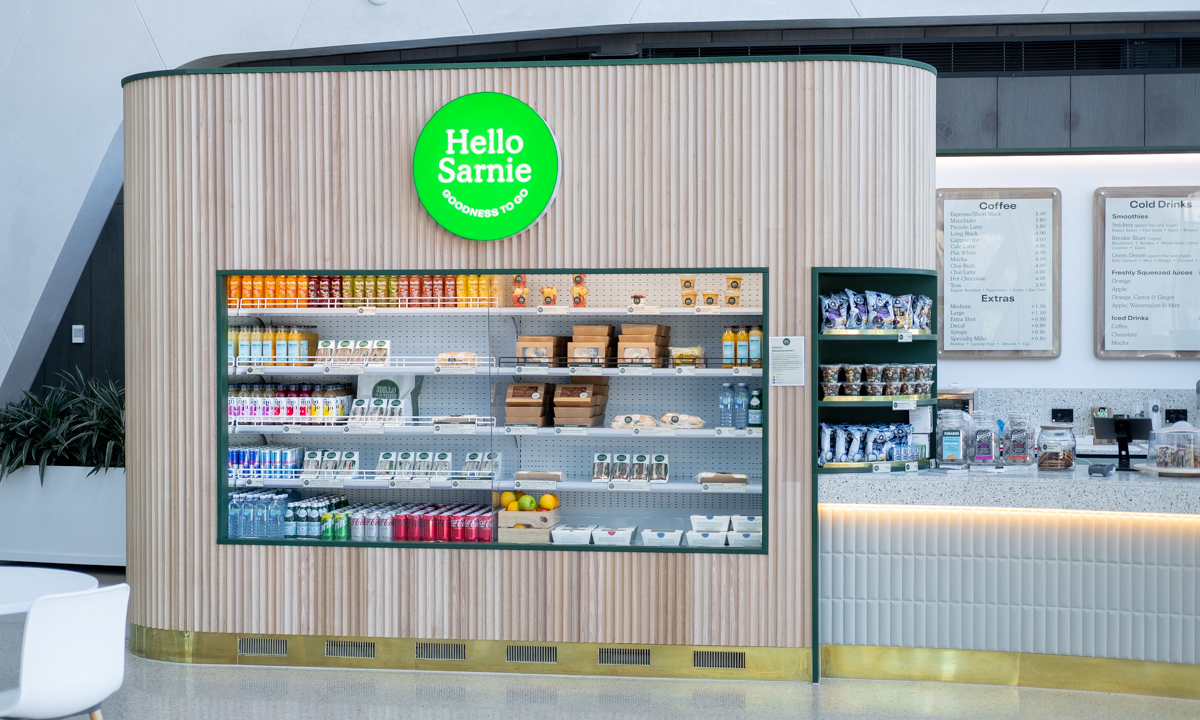 The community of people who work in the SAHMRI building totals around 1300, and John says the organisation is currently averaging around 400—450 people coming in each day. This has proven to be a lucrative captive market for Andrew, with the SAHMRI Hello Sarnie being the group’s “number one store now”, he says.

For Andrew and his co-founder, Mike Kendall-Smith, the advent of this fourth Hello Sarnie store, and the investment they’ve made in expanding their capacity, demonstrates the value of focussing on the long game, even in the worst of times.

“To be honest with you, if we had been sitting down two years ago, we would have said [the business is] about survival. It’s as simple as that,” Andrew says.

“Mike and I still had the dream to one day extend the kitchen and one day get a fourth store, maybe a fifth, and increase marketing and presence from a corporate catering standpoint, but the day-to-day was just the grind and getting the business into survival mode.

“And lucky enough, we got through that and here we are today.”