What if the secret to curing cancer is you?

New, innovative treatments that could beat cancer one patient at a time are being pioneered by University of Adelaide Professor Deborah White. 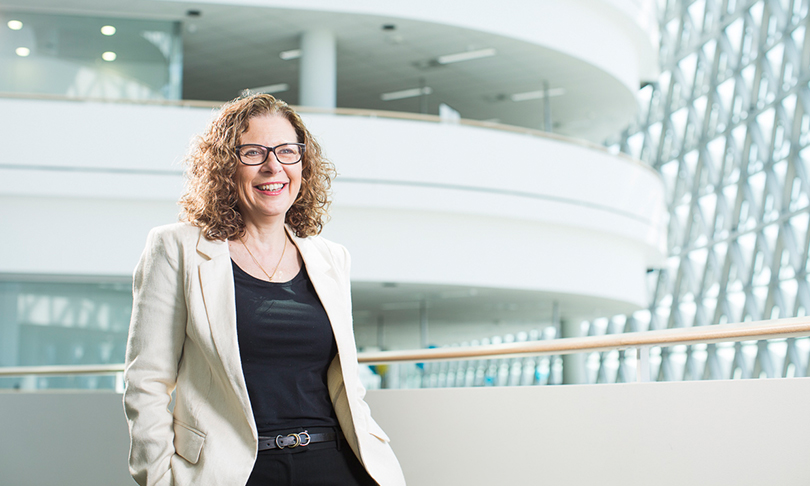 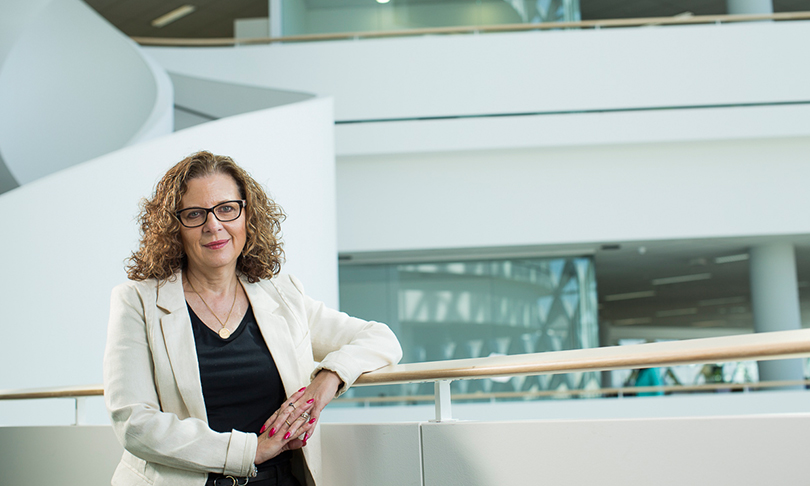 Cancer is not a fun topic.

It feels like a tsunami that hits over and over again – demolishing families and exhausting communities.

“Research Tuesdays is a free public lecture series designed to share how University of Adelaide research is transforming the world we live in.

For University of Adelaide Professor Deborah White though, cancer is her every day. And every day she’s learning more about what’s causing it and how we can push the buttons that turn it off.

Next week, on Tuesday October 13, Deb White will be presenting at the University’s free public lecture series Research Tuesdays, talking about her team’s successes in turning cancer off.

Based at South Australia’s Health and Medical Research Institute (SAHMRI), where she is Director of Cancer Research and Deputy Cancer Theme Leader, Deb is looking into our genes to discover why humans develop certain forms of cancer, what causes treatments to fail and why patients relapse after being treated.

The answer, Deb and her peers believe, is in our individuality.

Since mapping the human genome 12 years ago, medical researchers like Deb can now take our own genetic sequence – our individual architecture that tells us who we are and how to grow – and compare this with the complete human sequence.

It’s sort of like having side-by-side schematic drawings.  The cancer sufferer is compared to the original genome, allowing scientists to see the differences from which trouble may have stemmed. This insight also allows the likes of Deb to begin to find ways to target and redress the discrepancy. It’s an approach that contrasts starkly with traditional radiation treatment (chemotherapy), which more-or-less bombards the whole body in the hope that the correct spot will be reached.

“Once upon a time … if you were sitting in an outpatient centre having chemotherapy, you were sitting next to people who had very similar diseases and were all being treated the same way,” Deb says of cancer’s historical treatment.

“How do we go from that blunderbuss approach, which is to use chemotherapy that kills every dividing cell in your body [to using] a therapy that just targets the cancerous cells?”

In short, a personalised approach to treating cancer is like a sniper – picking off cancerous cells and tumours with targeted and precise efficiency. However, Deb doesn’t believe it’s quite that aggresive.

“Cancer, left unchecked will lead to death but it isn’t the acute cause of it,” says Deb. “Cancer is competing with other cells in your body for life,” she says.

Deb believes in another military metaphor though – intelligence.

Through their research, she and her team are always gathering more intelligence to better understand cancer’s motivation and behaviour. With better information and better data, Deb has been able to create specific tactics that cause cancer to turn itself off after some early stage treatment.

For the medical researchers tasked with this monumental shift in approach that takes us from scattergun radiation blasts to targeted sniper genome treatments, the progress is slow. But for the general public who only get updates once a newsworthy milestone is hit, the changes can seem drastic.

“I think it’s very important that the general public knows and embraces what’s going on.”

“I think it’s very important that the general public knows and embraces what’s going on. A lot of the research has previously been hidden behind closed doors, or within the long corridors of hospitals,” Deb explains.

“I guess what people get scared of – not necessarily with my work, but in general medical research – is that they’re going to be guinea pigs. So the ability to actually show to them that we know what’s causing their cancer … and that we can show evidence that a different sort of therapy might be effective … this is really starting to show people that there is evidence for doing what we’re doing.”

Having just returned from presenting her research into personalised cancer treatment in Portugal, Deb is flying back into Adelaide to give the Research Tuesdays audience the same insights that are shaping the way the world treats cancer.

Be in the know: Register here to attend Deb’s presentation in-person at the Braggs Lecture Theatre, North Terrace Campus, University of Adelaide on Tuesday 13 October, and sign-up (think of it as a gym membership for your mind) to get invites to the monthly Research Tuesdays Seminar Series.

This presentation will give the audience an in-depth look at new genomic approaches designed to identify abnormalities that drive cancer development and can contribute to relapse and treatment failure.

Importantly, these technologies are already being used to identify – and often re-purpose – effective, targeted therapies that have the potential to improve cancer patients’ outcomes.

Exploring real case studies, you’ll hear how the approaches work, why they’re so important, where the myths and pitfalls lie, and how the technologies are likely to develop from here.