Experience the magic of mould-based fermentation at Town Square

Through their Tasting Australia food stall, chefs John Stamatakis and Justin Penman are exploring the kaleidoscopic array of flavours that come from cooking with food fermented using koji. 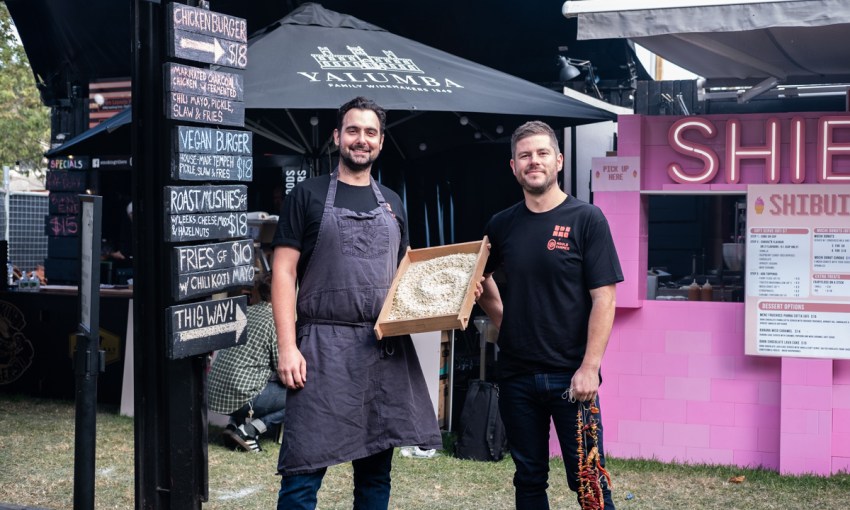 The duo is serving up a short but impressive menu of red amazake chicken, a tempeh burger, fire-roasted mushrooms, and fries seasoned with vegetable garum and a chilli-koji mayonnaise.

As the menu images convey, it’s all very delicious if mostly conventional-looking stuff.

Every dish, though, John tells us with glee, has been made using mouldy rice in some form – known more familiarly as koji. 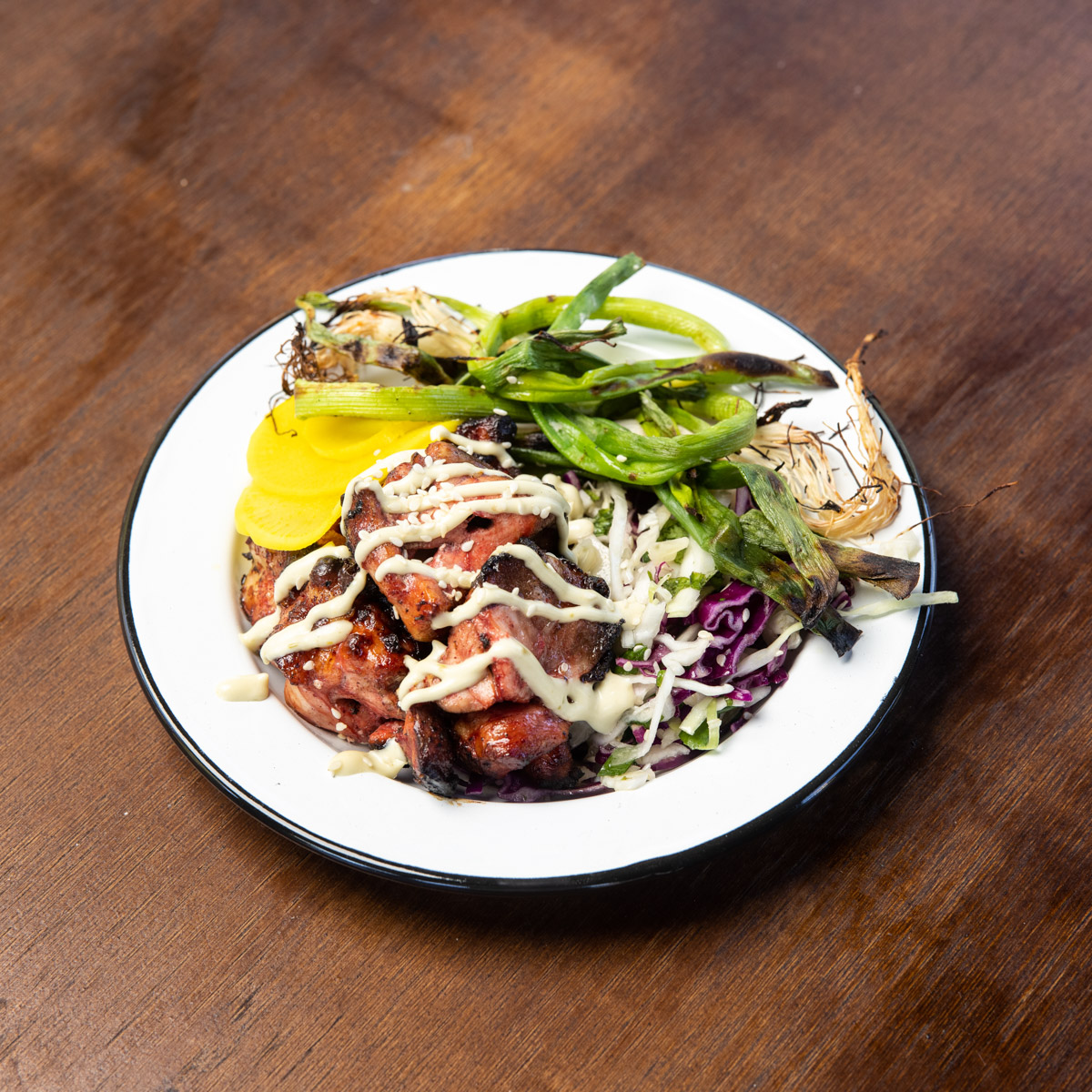 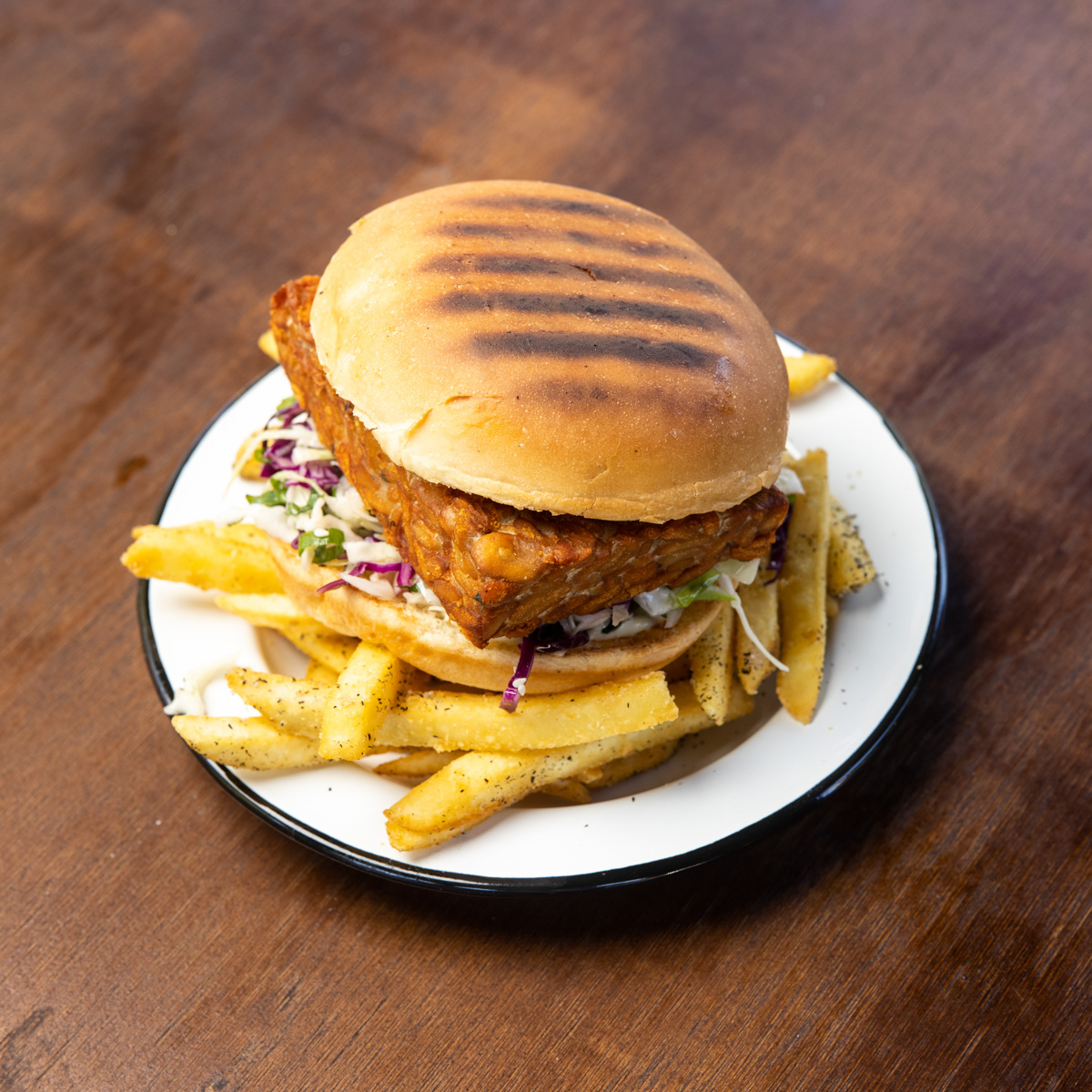 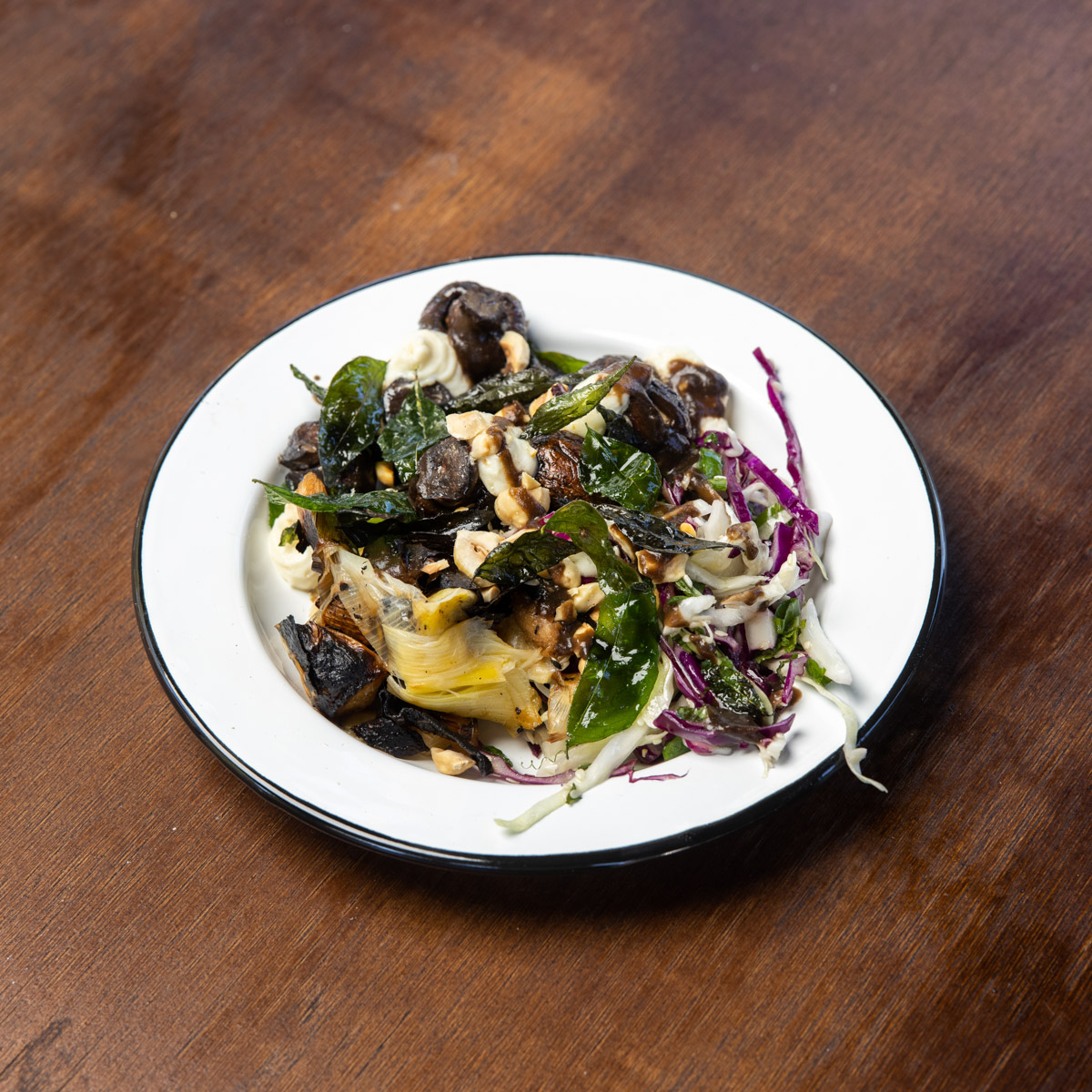 Sitting out front of the From Blammo x Mould Farmer stall, John illustrates what he describes the “magical process” of this mould-based fermentation by offering us a taste of some store-bought La Casa Del Formaggio ricotta fermented with koji.

“What the koji does, as it metabolises, is it secretes enzymes, and that’s what we’re looking for,” he says.

“We’re looking for the enzymes that break down these larger molecules, larger compounds into smaller ones that we can taste.”

There is a dry, spongy texture and a deep umami flavour, with, unsurprisingly, a lot of cheesy notes.

There are a range of products on offer at the stall, all of which have come from years of interest, and a period of deep-diving into mould-based fermentation during lockdown last year.

Like Justin, who CityMag profiled recently, John was left with an abundance of time following the shutdown of his industry, and so he began to experiment on a deeper level with koji to see what could be achieved.

Koji-based food products are certainly not new. They’ve been around for millennia, and in some instances are quite common. The soy sauce in your fridge, for example, is made using koji.

Having been immersed in the world for a few years now, John says although there has been a growing interest in fermentation in the global chef community (thanks in no small part to The Noma Guide to Fermentation), local chefs have a lot of catching up to do.

However, there are cultural hang-ups getting in the way.

“My whole life I’ve been told that mould is a bad thing, it’s a sign of all these other things, you know, war on germs, all of this other stuff,” John says.

“Now I see it in a totally different light. That fear is gone, and so a big element of what we’re trying to do here is change people’s attitudes to fermentation broadly, as well as mould-based fermentation, because I feel like we’re missing out on so much.

“There’s hundreds of millions of people all over the world every day that rely on mould-based fermentation. It’s time for us to catch up to the rest of the world and start enjoying these amazing flavours that they’ve been enjoying for thousands and thousands of years.” 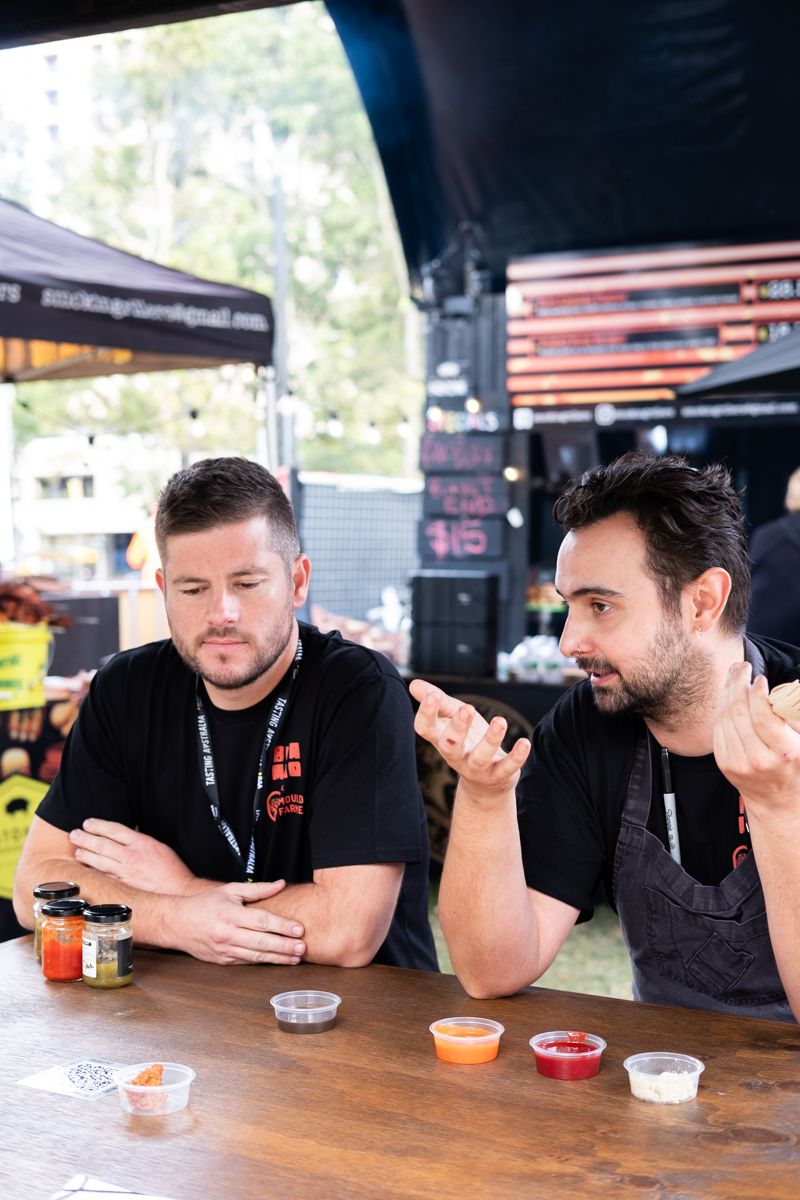 John and Justin met while working together at the Crown & Anchor’s associated venues (Roxie’s, Chateau Apollo and Midnight Spaghetti) and decided to join forces in the name of furthering the fermentation cause at Tasting Australia.

“If there’s any festival that you could pick that was an educational or branding exercise, Tasting Australia would be it. It’s in the middle of Adelaide, it draws thousands and thousands of people,” he says.

Rather than shying away from the negative associations that mould carries, John has embraced them. Not only is his business called Mould Farmer, his logo is the spore head of an aspergillus shoot.

“They deserve to have a face!” he tells CityMag. “People need to know what they look like! They work hard for us, millions of them”

He hopes through the food he and Justin are preparing, more consumers will appreciate mould-based fermentation and ask to see more of it throughout Adelaide’s dining scene.

“You can unlock flavours that you just cannot buy,” he says.

From Blammo x Mould Farmer is located at Town Square, at the southern end next to the exit. Find them next to Adelaide Fringe Food Playoffs 2021 winners, Shibui.