After almost 12 months trading as the sister café to its adjoined maker studio and store Ensemble, Sibling is extending into early evening trade, launching Evenings at Sibling.

Every Friday and Saturday, Sibling will keep its doors open until 6pm, offering a range of share plates designed by chef Aaron Caporn, as well as a concise list of local and natural wines, craft beer, and cocktails – some classics and some in-house creations.

Evenings at Sibling
Every Friday and Saturday until 6pm

“His background is Africola and Golden Boy, and a few restaurants in Melbourne as well, so nights are his thing.

Wines will also rotate regularly, and Ngeringa, Ministry of Clouds, The Other Wine Co and Hills Collide will all be on pour this weekend. 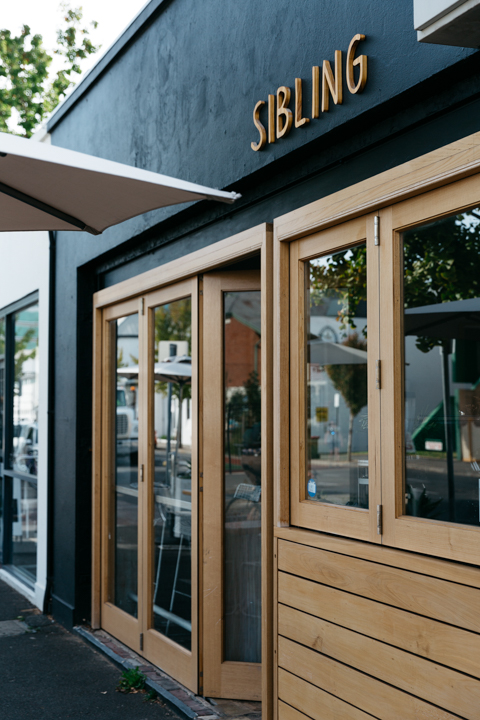 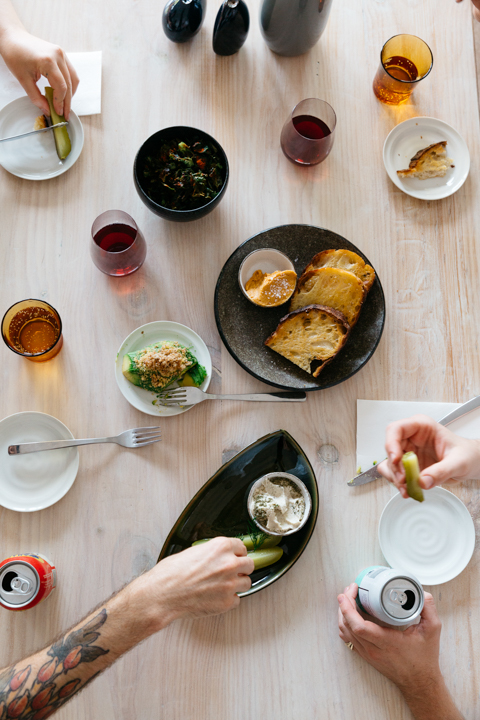 It was Caitlin and Nathaniel’s intention to launch Sibling with an alcohol licence, allowing the café to operate as a function space in collaboration with Ensemble, but being located in a residential zone meant they were barred from having a licence for at least the first year of trade.

While Sibling’s current format has proved a resounding success – CityMag visits at midday on the ANZAC Day public holiday and the café barely has a seat spare – it soon became clear the business would need an additional stream of income.

“For us, it’s how do you expand on this model?” Caitlin says.

“The logical step was introducing alcohol, but do it in a way that’s tasteful and doesn’t impede on the great café vibe that we’ve managed to cultivate.”

After working through the licence application process for the last five months, Caitlin has worked with council to achieve a provisional (meaning temporarily restricted) small venue licence.

This has allowed Sibling to serve alcohol alongside its usual café fare throughout the week, and on Friday and Saturday evenings – from 3pm ‘til 6pm – with the newly designed night menu. From 3pm, alcohol service is limited to inside the café, but Caitlin hopes that in time the licence will evolve to allow them to serve drinks outside, and to trade longer into the evening.

“I hope that we can get some momentum and use that to increase things in the future,” Caitlin says. 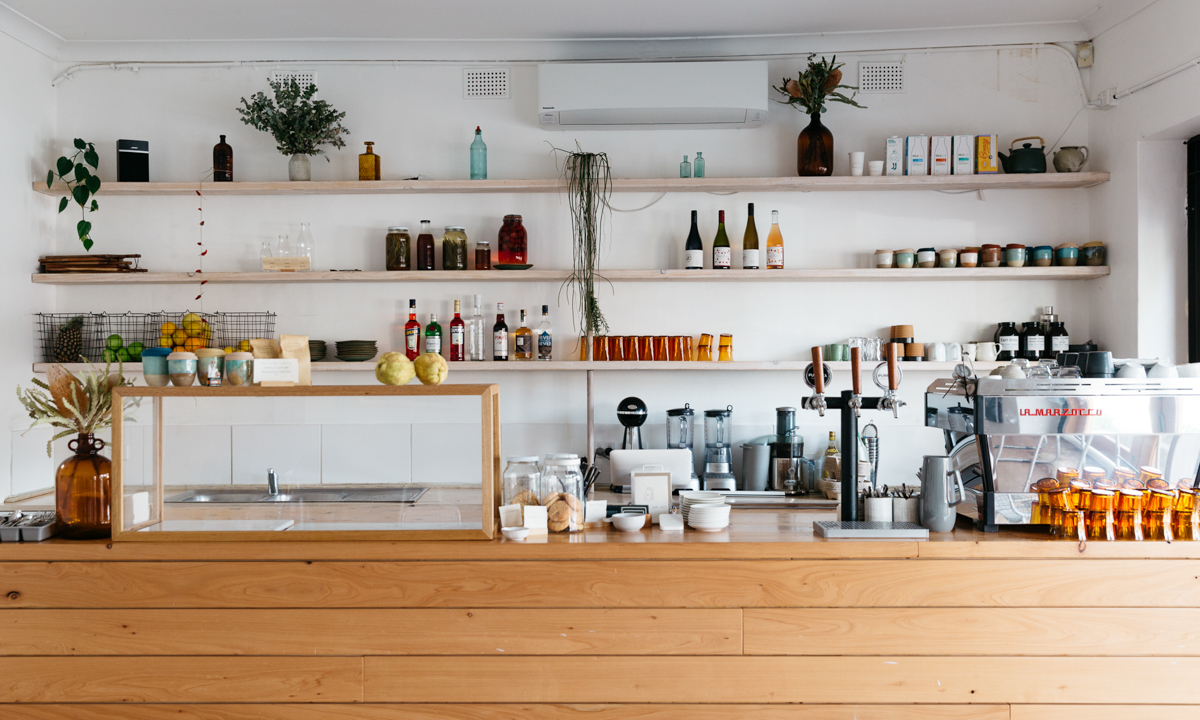 Wine and spirits on shelf and at the ready