Vanguardist Wines founder Michael John Corbett has a hobby of collecting interesting wines from around the world. He wants you to help him taste through them all. 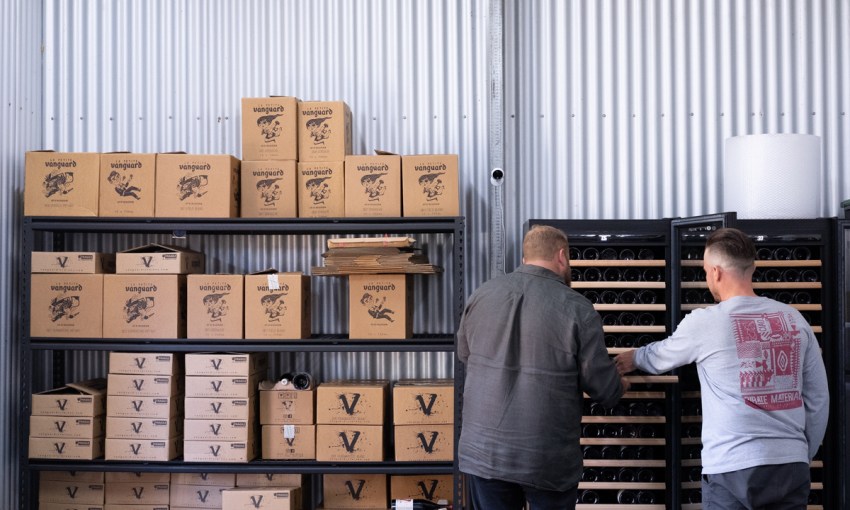 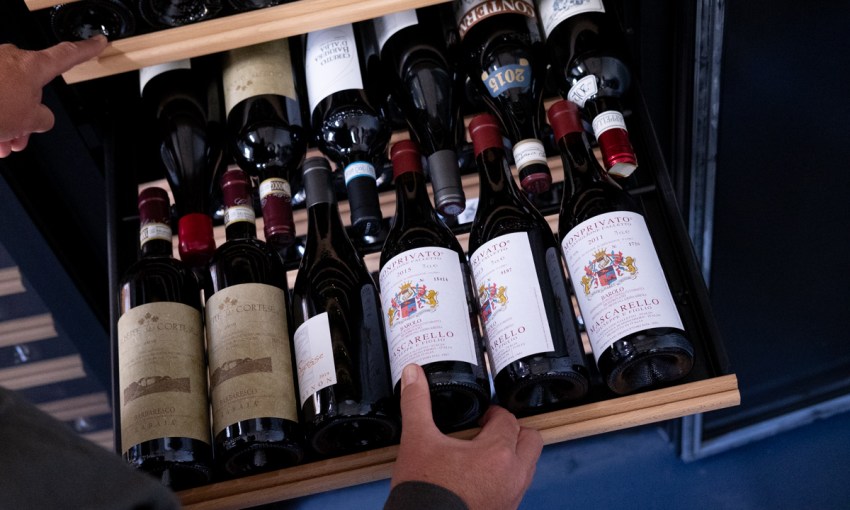 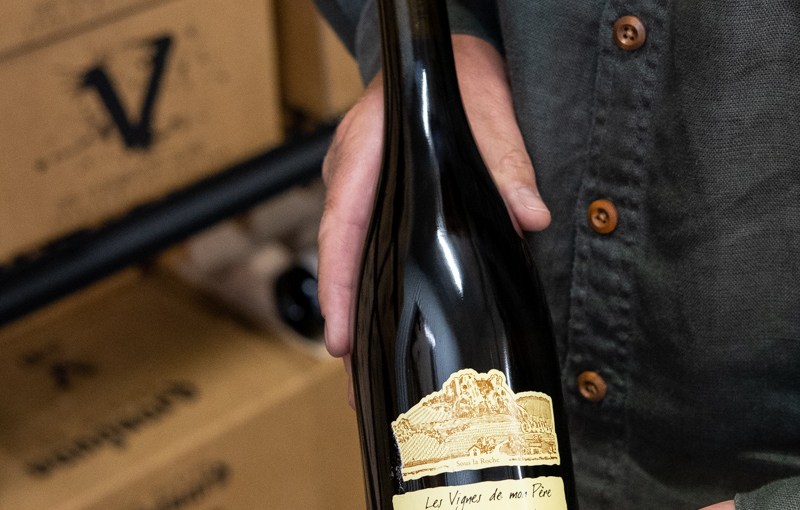 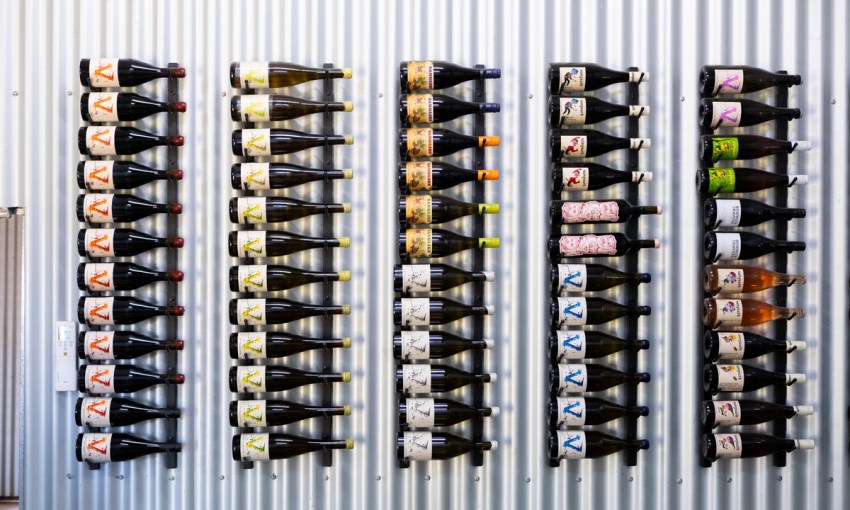 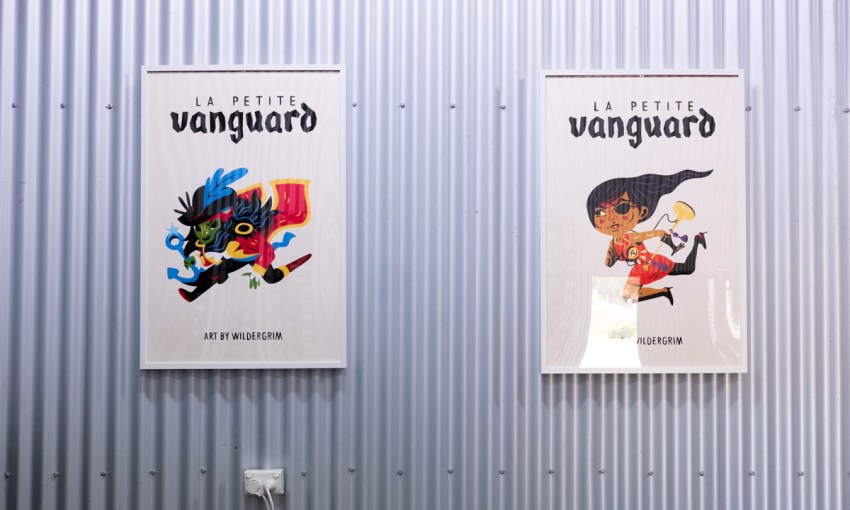 Not so long ago, James Hopkins took a drive up to the Barossa to visit his friend and occasional collaborator Michael John Corbett.

James, who founded wine events company The Fruitful Pursuit, brought his dad, Richard, along to Michael’s winemaking facility, where he produces Vanguardist and La Petite Vanguard.

It was a tantalising, if simple, invitation that beckoned the duo to the Barossa.

“Michael’s been collecting wine for about three years… [He] just kept pulling corks that day. We did them all blind, just with the handful of people we were there with.”

After having tasted through Michael’s selection, James leant back in awe of the experience and the insight it provided.

His next thought was to find a way to share this moment with The Fruitful Pursuit’s community.

From this came Top Shelf, an event orchestrated by TFP and Vanguardist (both Michael and his wife, Claire Hannagan).It’s a monthly-ish happening in which 11 ticket-holders gather around a table with Claire, James and TFP’s Tyler Grace Austin, to taste wines curated by Michael, selected from his endlessly renewing collection. 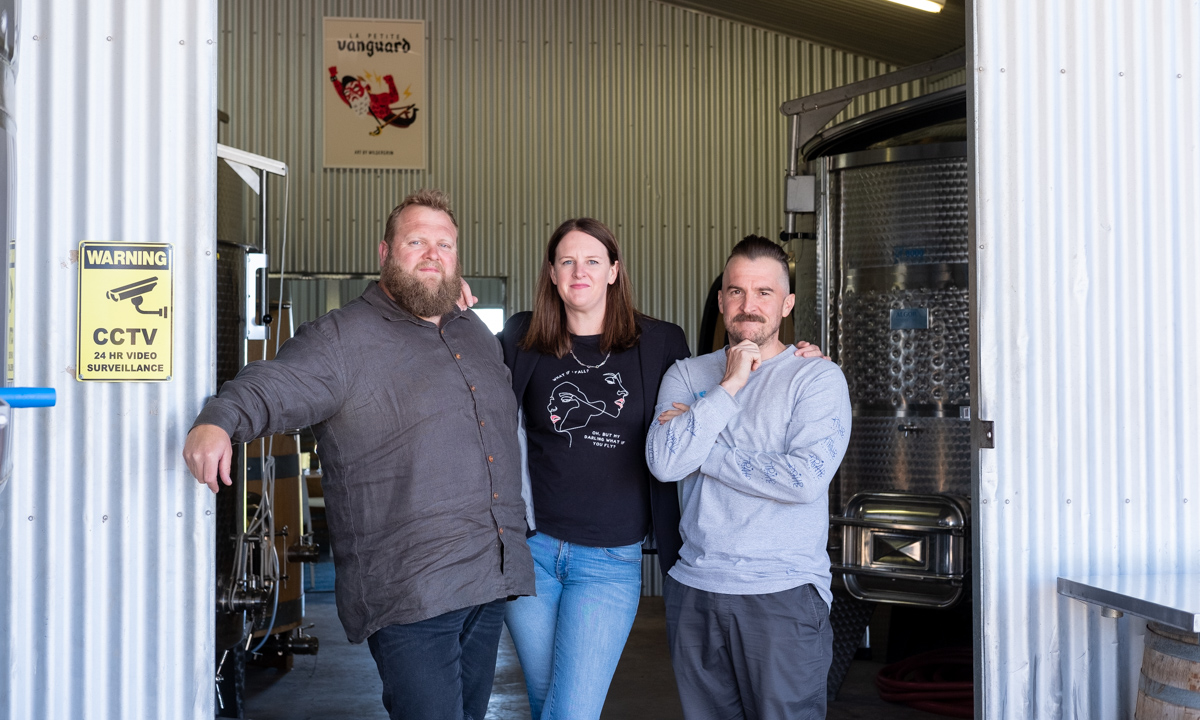 Michael, Claire and James at the Vanguardist cellar door

For Michael, collecting wines is not about storing for a potential future profit. “They’re all about drinking,” he says. And drinking with purpose – both to share an experience, and to use the wines to reflect on his craft.

“I want to do it in a shared environment,” Michael says. “I don’t know if I’m searching for other people’s ideas and opinions. I’m probably so set in my way now that I know what I’m looking for and what inspires and impresses me, but I do want to share it.

“The important thing for me is [it’s] not just Claire and I at home on a Wednesday night, cooking something nice and drinking these bottles one at a time, it’s like, let’s open 10 and have 15 people experience them.”

This is an attitude James connects with.

“I think it’s so beneficial for this industry, to have people like Michael who are obsessed with bettering [themselves],” he says. “It’s not just, ‘Here’s a recipe, we’ve done it. Got the point score. The wine sells. I’m going to leave it at that’. It’s a constant pursuit of furthering.

“Something I’ve observed in the cross-section of winemakers that we’ve worked with over the last five years, is that there is a noticeable difference between those who constantly expose themselves to wines from all over the world. Those who apply that mentality of lifelong learning to what they do as winemakers here in Australia, compared to those who focus solely on what’s in our backyard, or focus solely on Burgundy as a frame of reference.”

Amongst writers, there’s a maxim that goes: in order to be a good writer, you need to be a good reader. To perfect your craft, you need to engage with how it’s practiced by your contemporaries and the people who came before you. This is what Michael is aiming for in his pursuit of sourcing and tasting widely – inspiration and growth through immersion and osmosis.

“I think the more I drink these wines, there’s some sort of intrinsic value that’s passed on, and then when I’m making the wines, without thinking about trying… they just start tasting like something, or feeling like something,” he says.

“There’s either a feeling in that wine or a taste in that wine that hits those notes, which I see in some of those wines that I really love, and then you start seeing them in my wines… They might become that shape, just a little bit.” 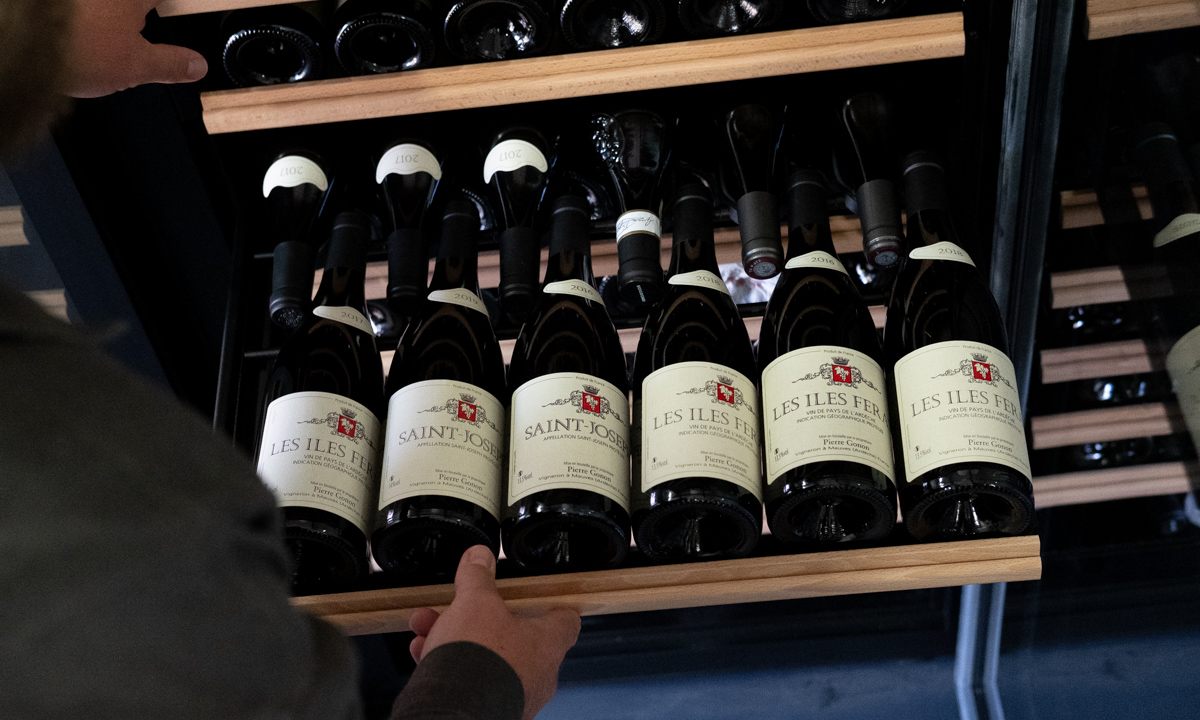 Top Shelf is not solely aimed at winemakers. There’s a breadth of experience on offer in the upcoming events – scheduled for July, August, November and December – for any nerdy lover of wine.

“I hope they get to experience some wines they might not have otherwise,” Michael says of the attendees. “[And] that they maybe have an understanding about – without tasting and talking too much about Vanguardist – what Vanguardist is because of these details, the behind-the-scenes stuff.”

The July edition of Top Shelf will have a Barolo focus; in August, both Beaujolais and Jura will be in the spotlight; in November, the team will program a “guided road trip through the greatest wine regions of Europe”, with paired food courtesy of Ashley Davis from Copper Pot in Melbourne; and the December event will examine the world’s finest expressions of Grenache, tasting from Spain, France, South Africa and Australia.

In most sessions, Michael will also pour a Vanguardist wine for comparison, and in each event (with the exception of the November edition), Michael and Claire will prepare multiple courses of grazing-style food offerings. 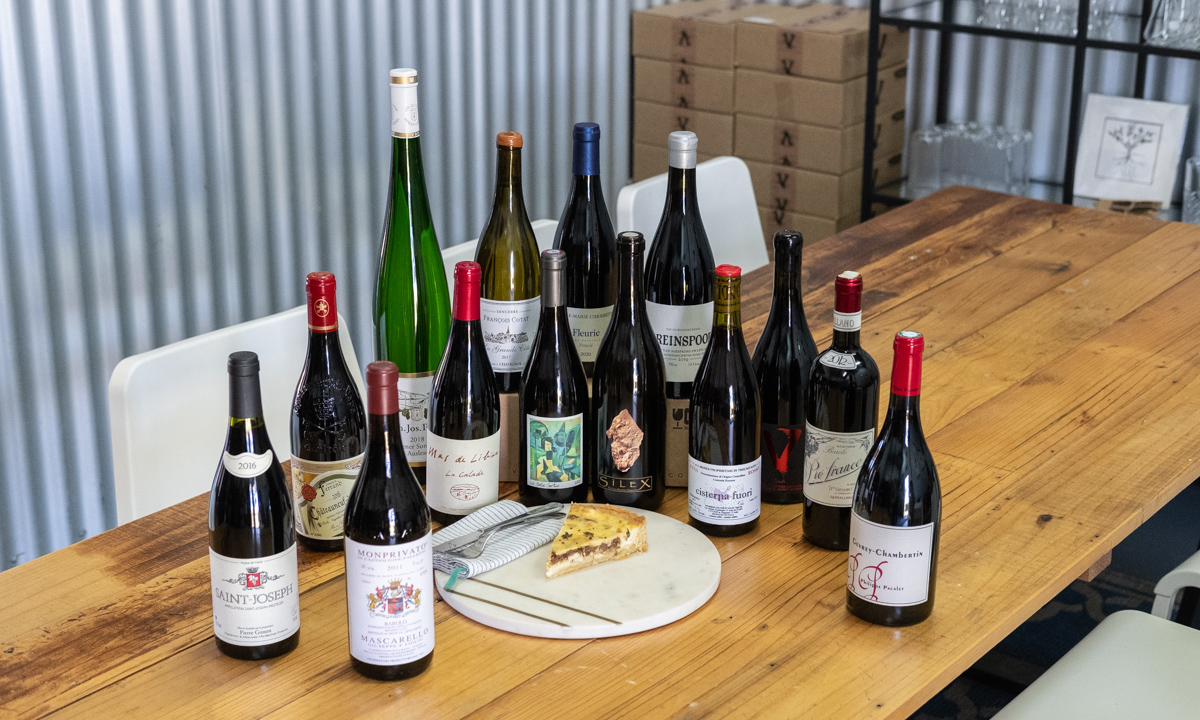 “We’re going to have some fun creating dishes around the wines we pour, and until we decide what they are we don’t know what we’re going to cook,” Michael says.

A bus will pick ticket-holders up from the city at 11am, they will arrive at Vanguardist at around midday, and the bus will depart three hours later. Tickets for all events are between $200—$300 per person.

Despite having run wine events for six years now, James says he’s “still bright-eyed and bushy-tailed about a lot of things in wine” – but exploring this calibre of wines is particularly exciting.

“This is the stuff I really want to be drinking, to learn from,” he says.

“Since coming back from London, it’s been the thing that’s missing from my wine experience, is accessing wines like this.

“On a personal level, I just can’t wait to dive into it.”