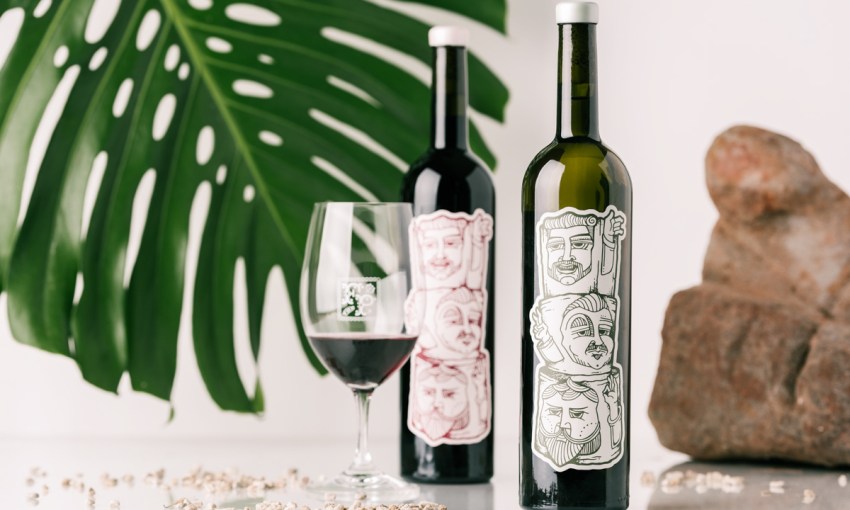 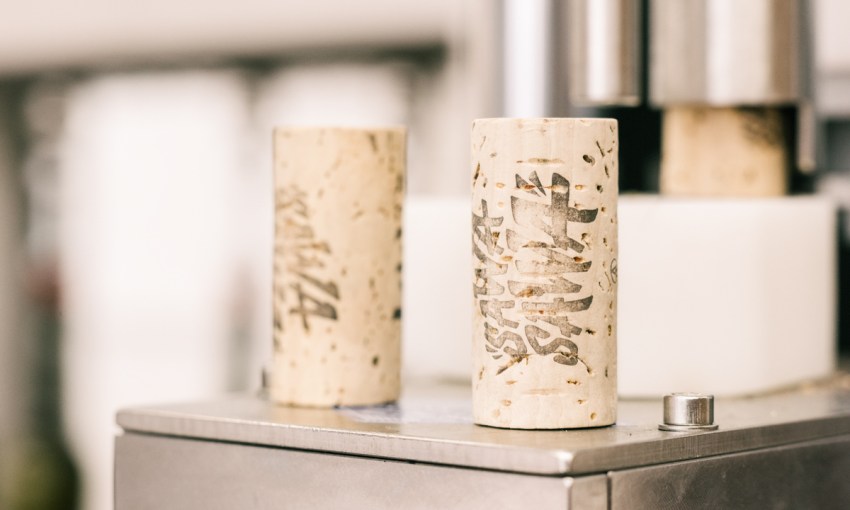 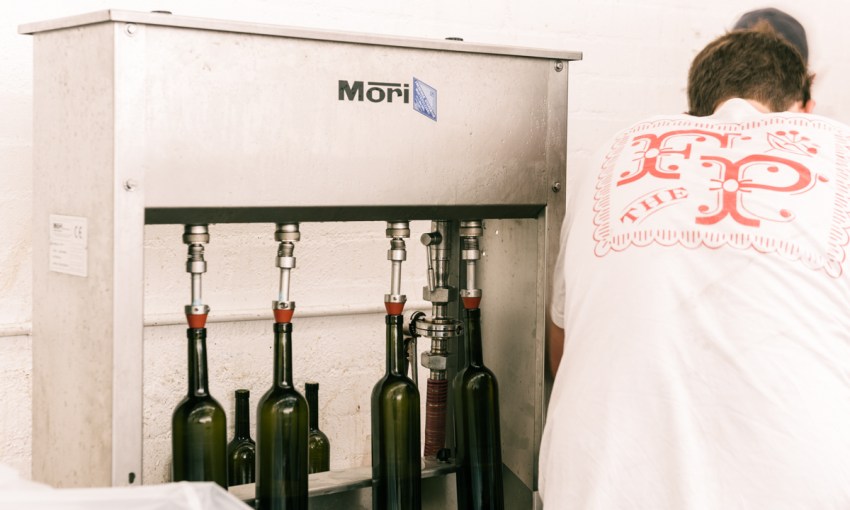 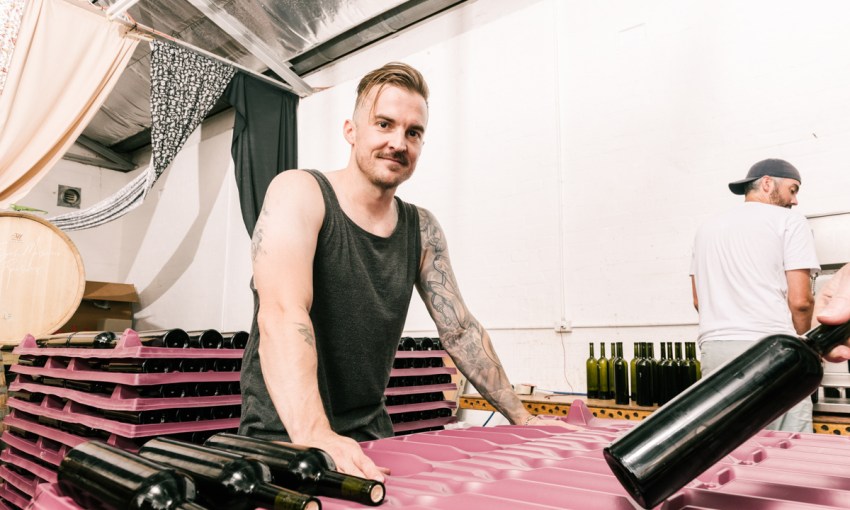 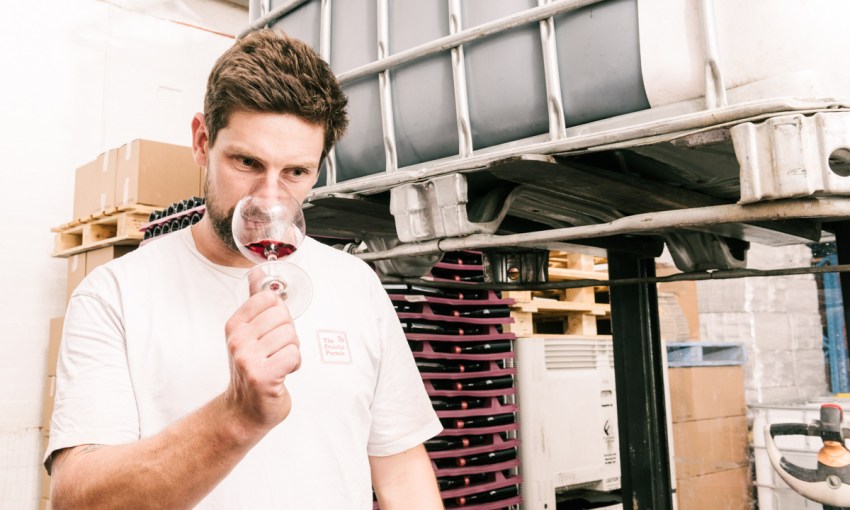 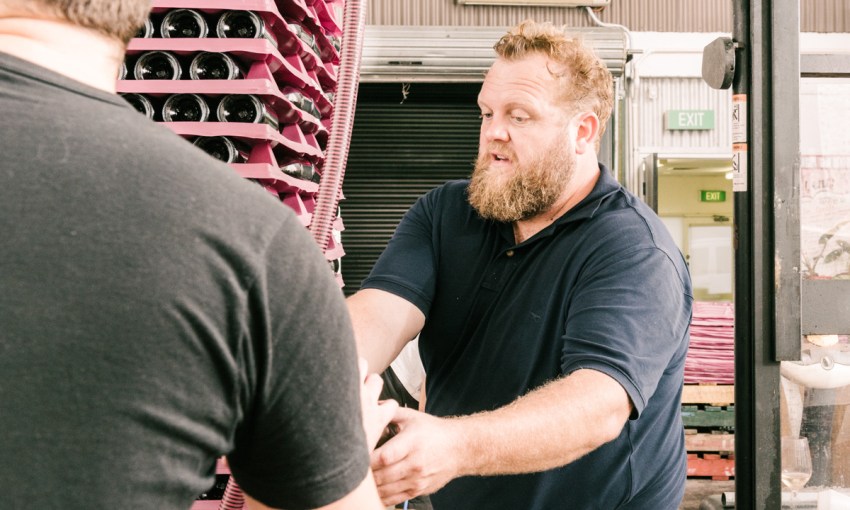 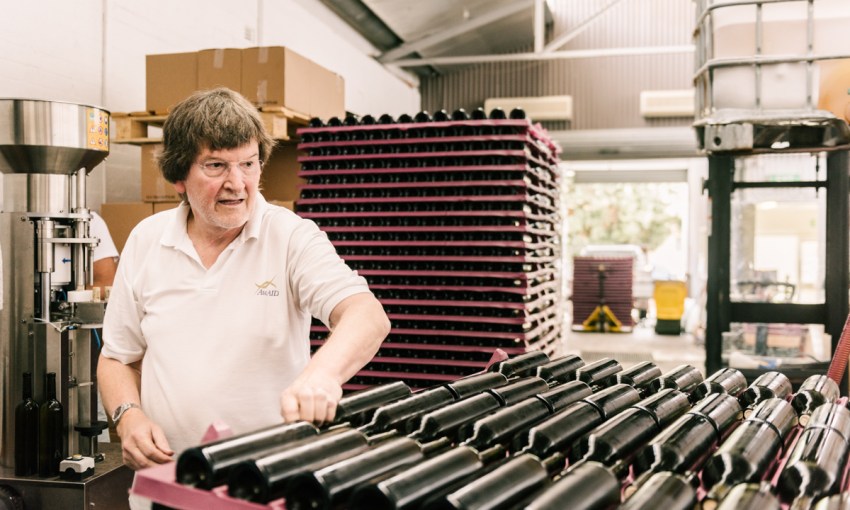 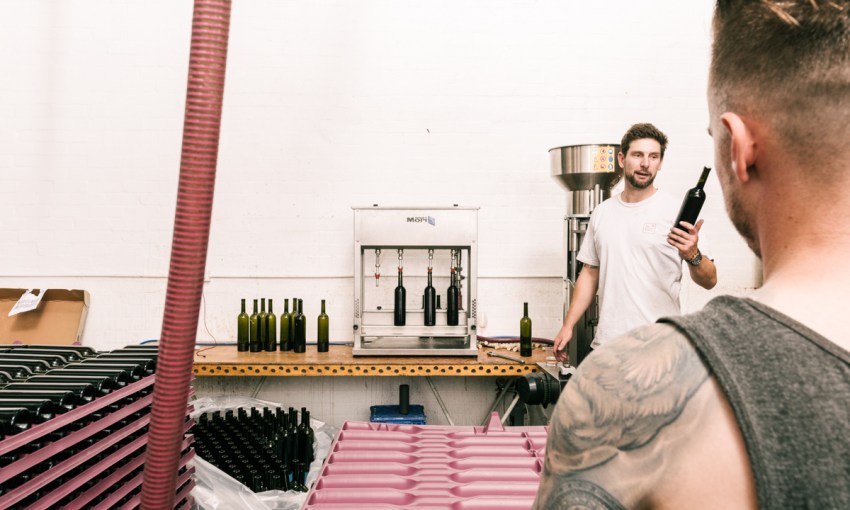 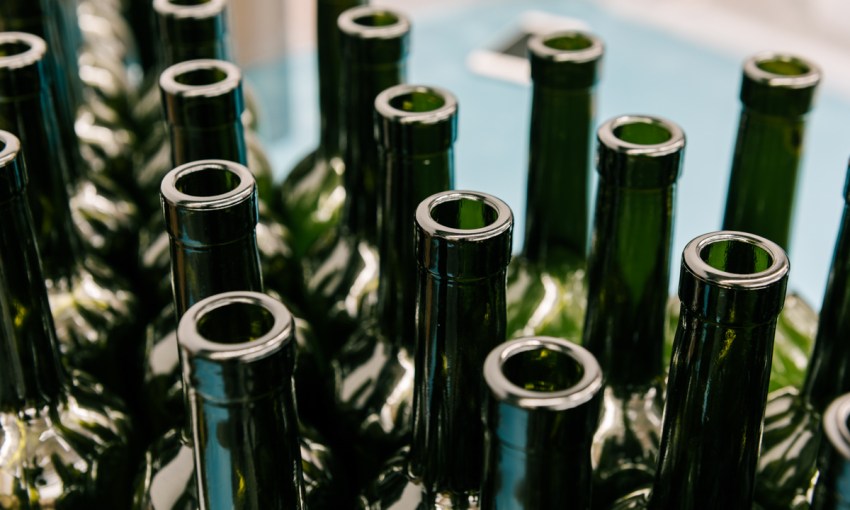 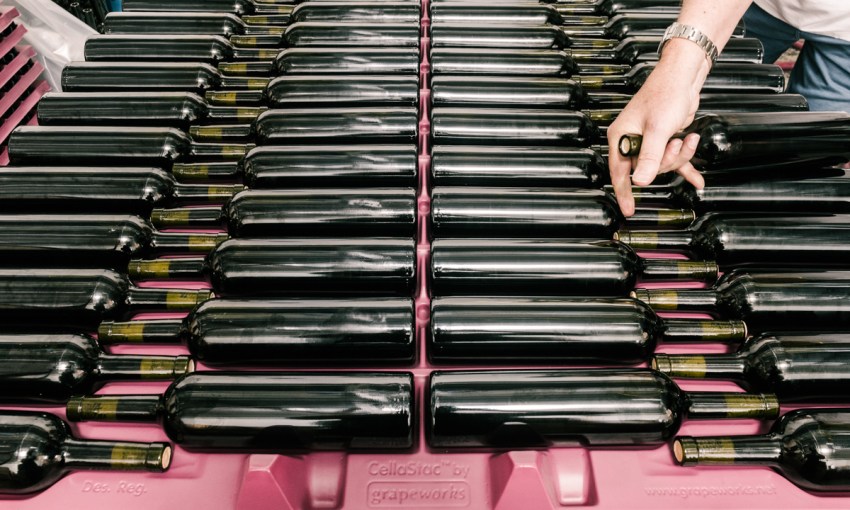 From the moment of its inception in 2016, The Fruitful Pursuit has existed as a roving celebration of the understated side of the Australian wine industry.

The unbridled exuberance from the Fruitful crew has led to two years of idiosyncratic wine tours and several iterations of wine parties, from Wine Playgrounds, a Juice Boxing match, Sundowners, a Sidewineder, and an upcoming series of Heartwarmers; however, until now, these experiences have existed ephemerally, lingering only in the memory of attendees.

SAWA SAWA is available by the glass at Gondola Gondola, 1 Peel Street, and will roll out to independent bottle shops soon.

“Corbett said ‘I wanna do a collab.’ I said ‘All right, let’s have a look at who it is you know you’d want to work with,’” James recalls.

“As with everything, collaborations can work exceptionally well, but it’s all about who you choose to collaborate with.

“If everyone’s on the same page and has the same passion, and if you’re more kindred than in a business relationship, which is definitely how the three of us feel, yeah, you can have a greater power in getting boxes ticked and getting things done.”

Having hosted both winemakers at previous events, James saw similarities in both Michael and Dylan’s approach.

“They both come from commercial backgrounds and have swung into very independent directions, and they both have a firm understanding of the royal grapes and the heroes of their region,” James says.

“They certainly champion the classics, but they also play with those as much as possible.”

“We’ve had very strong reactions on both of them,” James says.

“These are wines that are, obviously, because we share similar drinking interests, and we share a similar appreciation, they’re quite unique. They’re a little bit funky, but they’re both safe, so not funky to the point where you’d hesitate opening them in front of everybody.”

As for James’ part in the process, he says he has seen too many potential collaborations fall by the wayside when it came time for the winemakers to collaborate on the post-production side of the product. His task was to make sure SAWA SAWA was bottled, corked, wrapped, and distributed in a way befitting of both the winemakers’ efforts.

“As the result of running events and all the other things, I’m quite happy to get those cogs turning and take responsibility for the middle ground,” he says.

“For me, not really having a foothold in anything other than just driving a passion for the game and trying to share that with as many people as possible, collaboration is key to everything that I’ve done, and collaborating with like minds, there’s a great deal of potency working with people collectively.”

SAWA SAWA is currently available by the glass at Gondola Gondola and will roll out to a selection of indie bottle shops soon.