In the third-and-final article of our good value food and drink series, we phoned all our favourite pubs in Adelaide to ask for their best price on beer.

While CityMag loves a Chenin Blanc as much as the next French-wine-quaffing so-and-so, there’s a lot to be said for the charm and fervent pride you can find in a good front bar.

Locals mix with bar staff and create an atmosphere that defines a good chunk of the nation’s traditional ‘Aussie values.’

You’ll find mateship here, a fair go, a good laugh, no dickheads (and if there are some, they’ll be told) and – above all else – reasonably priced beer.

While the city’s drinking culture is generally tilting towards more epicurean sensibilities, we must also celebrate the good value to be found at the local pub and the good people who’ve got a lot to say about anything – if you ask them in the right way.

Scroll beyond the list below for a feature on the top three best happy hours in the city*: The Brecknock, The Rob Roy, and Harry’s Bar.

While we love the concept of a ‘fancy gin’ – where South Australian gins are served over ice with dehydrated botanicals to match – we can also really get around the concept of happiness and places where they dedicate whole hours to its pursuit. Here’s a useful guide to *postcode 5000’s happy hours. 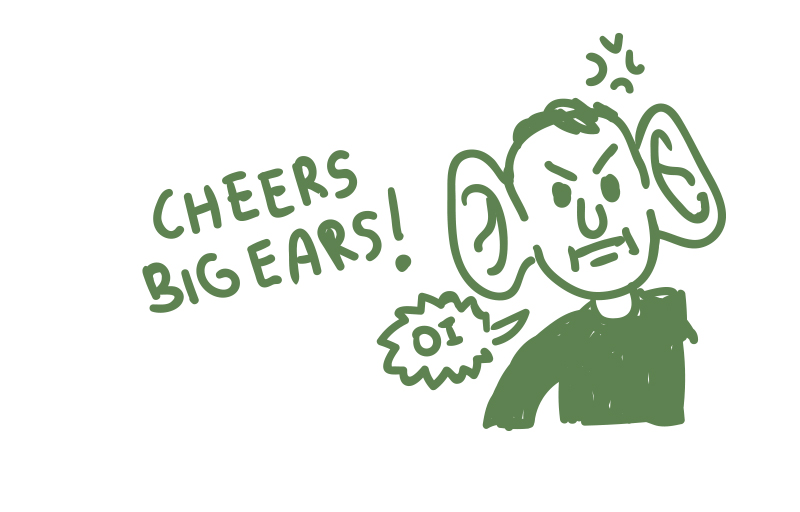 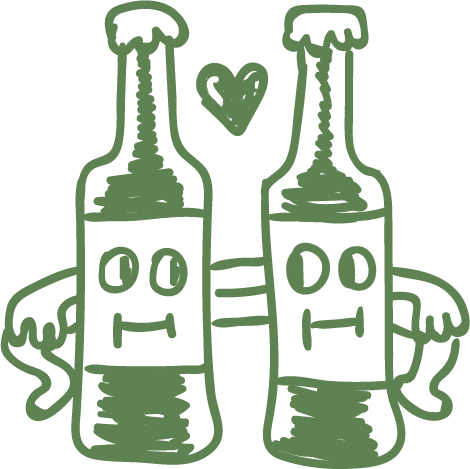 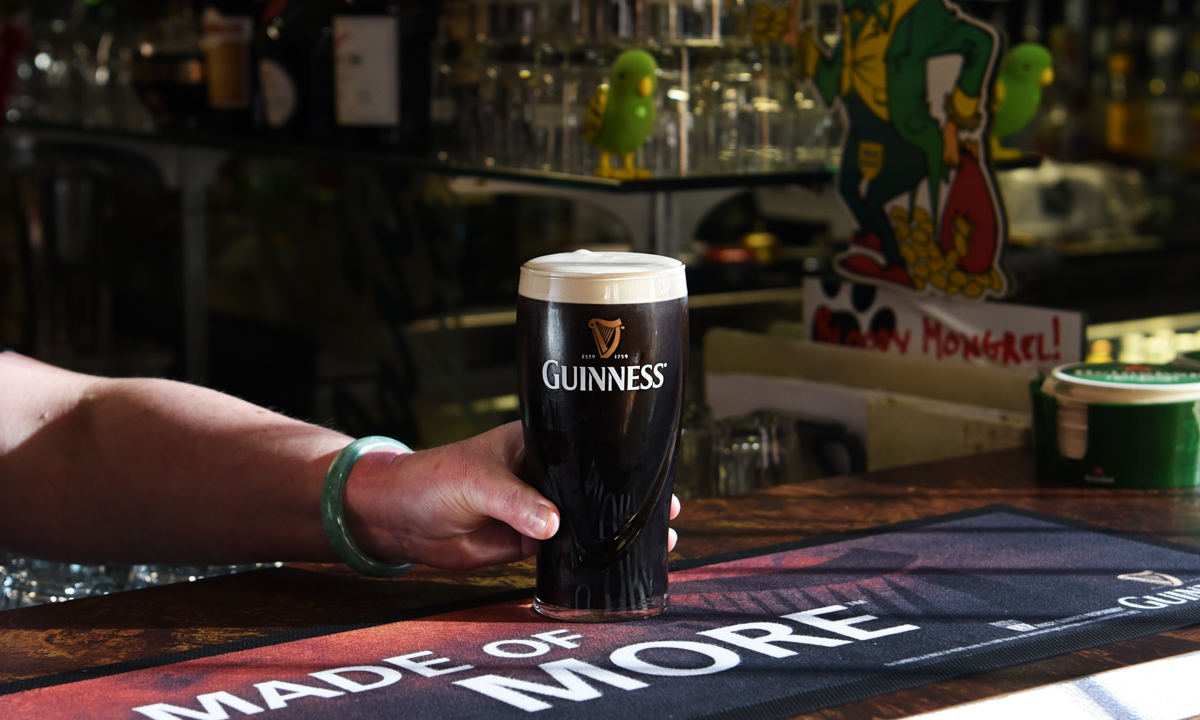 “Everyone knows me as Kim, my surname is Wong,” the manager of Adelaide’s best Irish Pub introduces herself. Moments before, Kim had invited us to guess her last name and we guessed ‘Murphy’.

And so the laughs begin.

Kim is married to Mr Wong who, although Chinese, is in no way related to the owners of Citi Zen, the Chinese restaurant that envelops the Brecknock Irish bar.

The Brecknock had long been the bastion of St Patrick’s Day parties in Adelaide with every full-blooded and barely Irish person in South Australia converging on the pub at the corner of Gilbert and King William Streets each year for a pint of particularly pious Guinness (and a free, silly green hat).

Turns out those huge crowds were only ever at the Brecknock once a year, and the giant pub ended up being bought by Sherman Hu and Elaine Young in 2009. Sherman and Elaine turned the majority of the hotel into a Chinese restaurant, but kept the northeast corner Irish.

“Citi Zen, originally, used to be Zen up the top of Magill Road and I used to work for them up there,” says Kim about Sherman and Elaine’s story. She says some people were angry about the situation, but having worked here since 2012, she says it’s perfect. 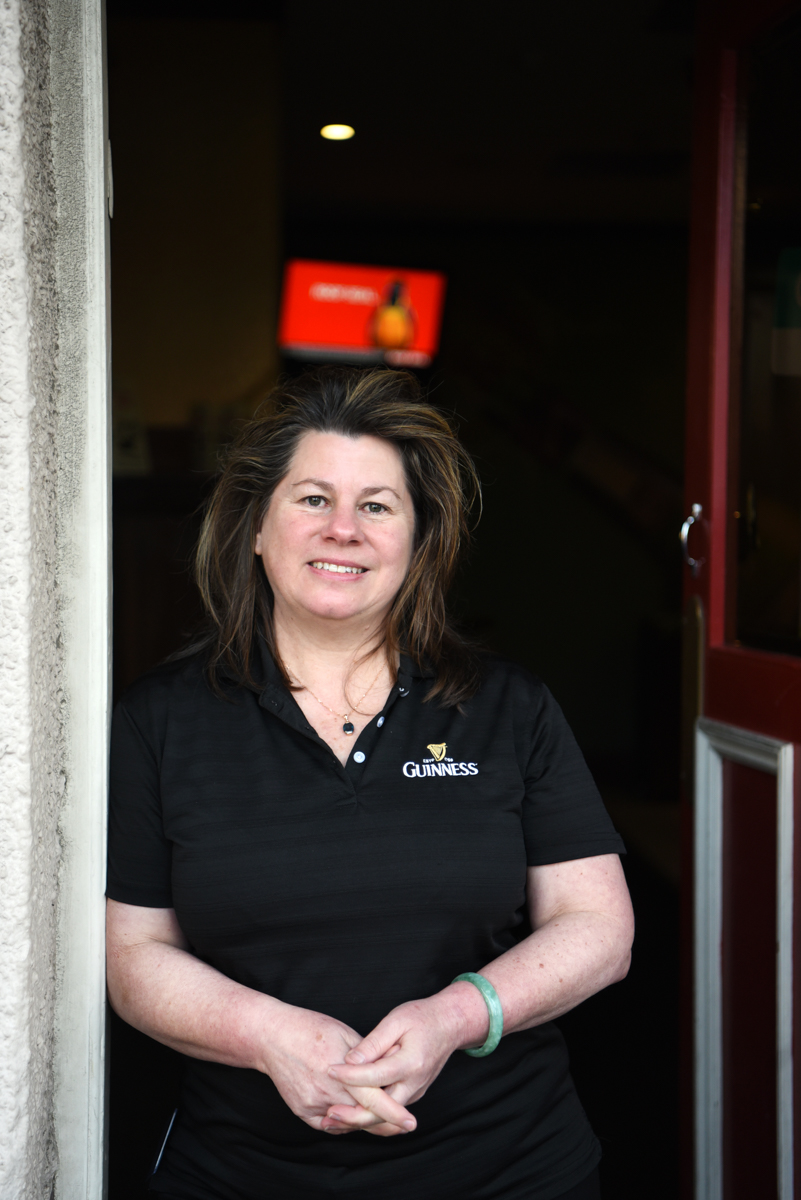 Happy hour is every hour here. A lot of publicans might say that, but due to the Brecknock’s unique situation we feel they’re legitimate in this claim.

Not only has the Brecknock got possibly the cheapest Guinness in Adelaide around the clock, it’s also got one of the best yum cha restaurants running its kitchen.

Where else can you order yum cha (Saturday and Sunday) and a pint of Guinness or Kilkenny?

The whole experience is sublimely surreal – especially when, after a couple of pints, you open up the back door of the bar looking for the bathroom and find yourself in the middle of a Chinese restaurant. It’s like a scene out of a Guy Ritchie movie: Lock Stock and Two Duck Pancakes.

“When someone orders the Peking Duck and they wheel it in on the big trolley and they slice it there at the table,” says Kim pointing to the line of tables at the King William side of her bar. “Everybody turns to see.” 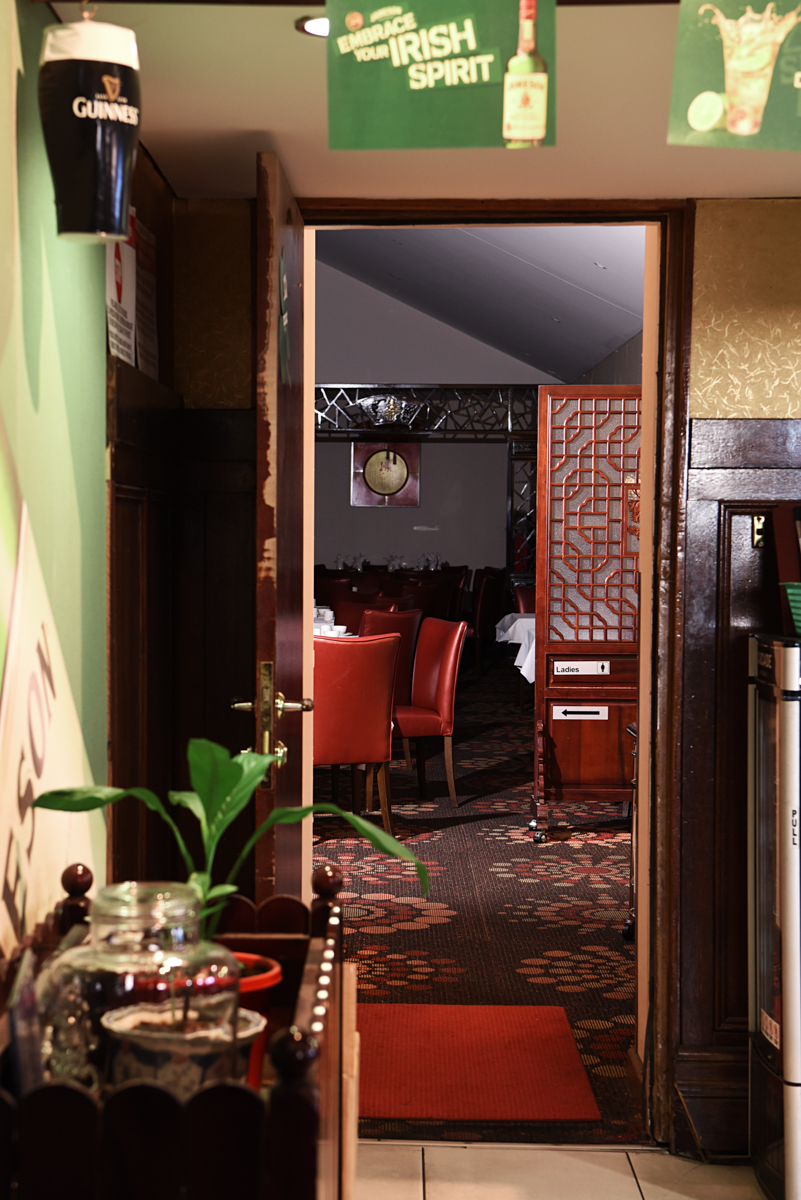 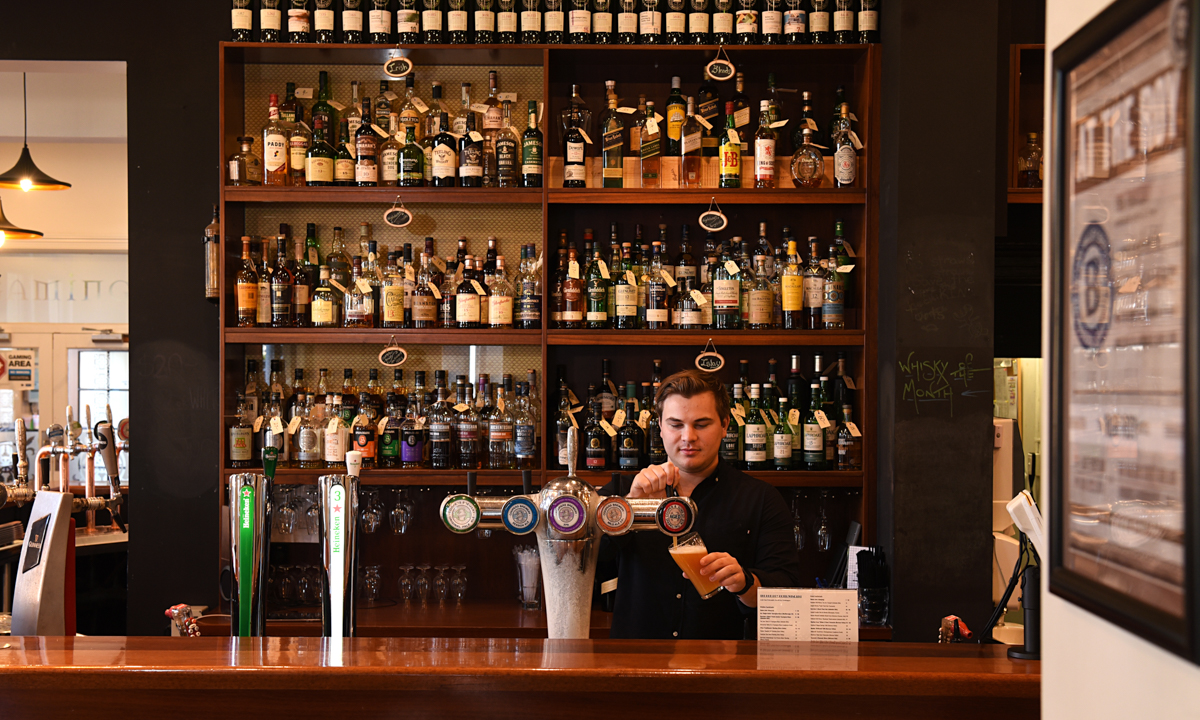 How’s the back bar?

Eliza Palmer has worked at the Rob Roy Hotel since 2016. That’s not long at all in the history of this pub. The Rob Roy was established in 1840, just six years after the Buffalo rocked up at Glenelg and the first British settlers hopped off their boat and onto Kaurna land.

“We’re one of the oldest pubs in town,” says Eliza. “We have a well underneath here and I think it used to be one of the main water sources for the street. Everyone used to come and pump water here.”

The Rob Roy is a classic watering hole in Adelaide. Like every pub in the square mile it shares the same vernacular – Coopers beers on taps and schnitzels out of the fryer – but it’s also completely unique. It’s unique in the same way that all the pubs are unique; great staff and laconic local patrons.

“One guy’s been coming here for 50 years or something like that,” says Eliza.

We catch the local tradie drinking at the bar nodding: “Ronnie,” he confirms.

Eliza continues. “He lives down the road. It’s a good local, the group of locals are quite committed to this place and when they get together it’s a great atmosphere.”

Ronnie was a jockey. There’s actually a photo of him on a horse racing across the finish line. Every Friday this small sort-of ‘sports bar’ fills up with the regulars who all like to get together and take advantage of the cheap beers at happy hour.

“If I’ve been working the day and I knock off, I’ll come around the bar and have a drink with them. They’re a great group,” she says.

And the pub’s picking up too. New owners George and Frank are treating it less like a hobby and more like a business. Functions have lifted – there’s a large and well-appointed function room out the back, and there’s definitely more of a purposeful connection being made between the Scottish name etched into the stained glass windows and the Scottish drink of choice: whisky.

“I counted 245 different bottles of whisky the other day,” says Eliza. 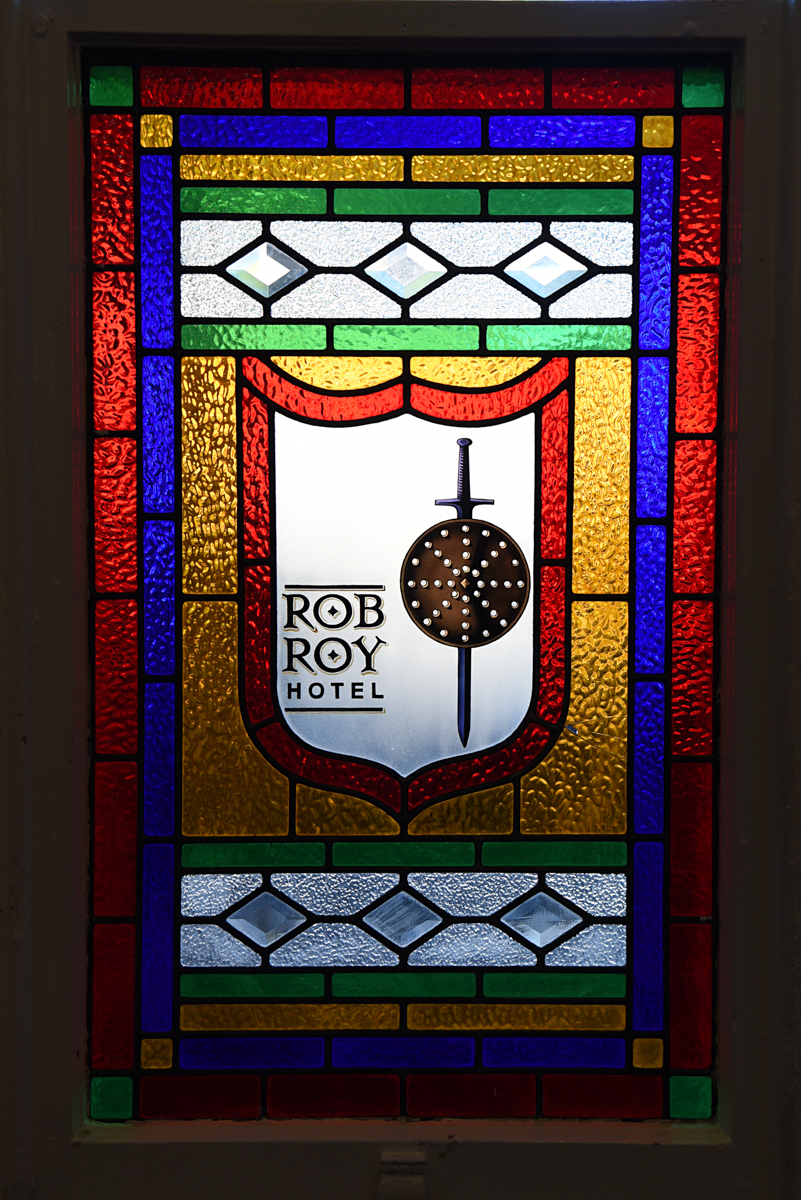 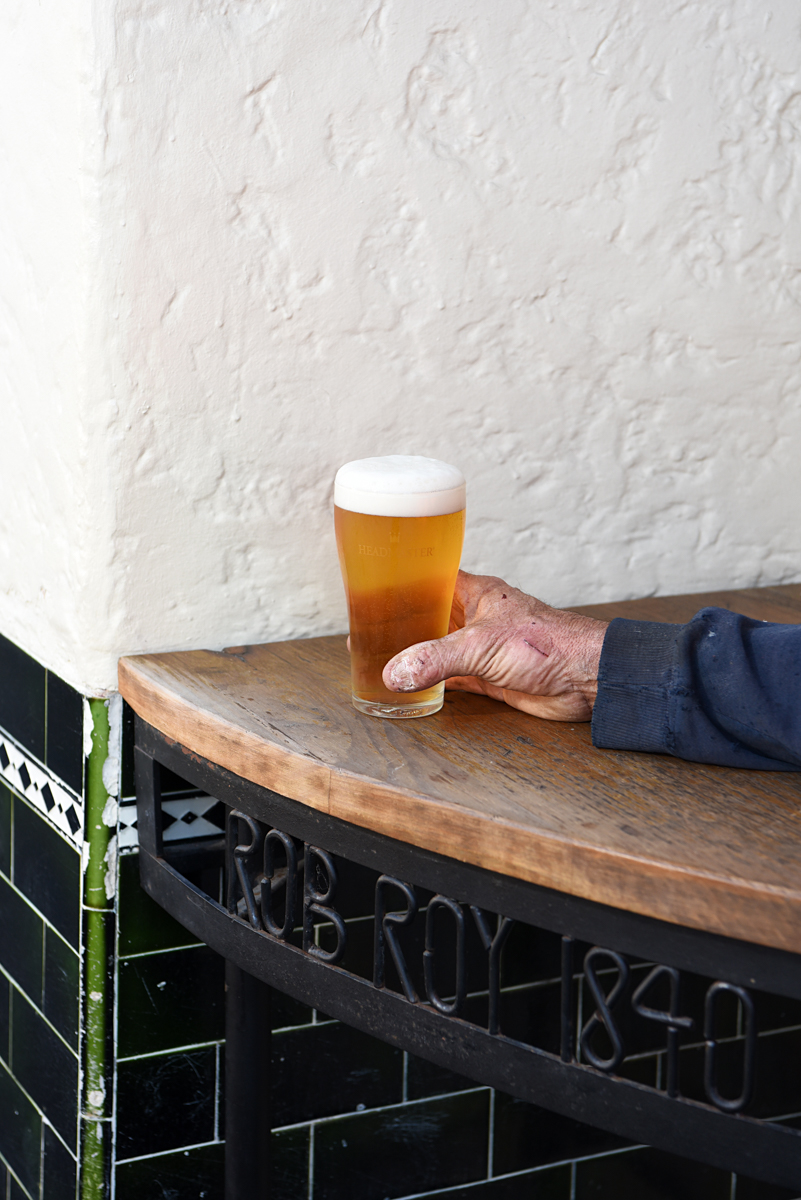 As we leave the pub, we note a group of 12 or so ‘old boys’ in the restaurant area. We actually stopped and counted. The way they were sitting forward and then rocking back in their chairs when a joke got cracked was mesmerising.

Adelaide’s pubs are incredible places, full of charming local stories. But we’ll have to come back on a Friday – to what Eliza informed us is the “oldest part of the pub,” the little sports bar with TAB screens, to get the full story of the Rob Roy Hotel. 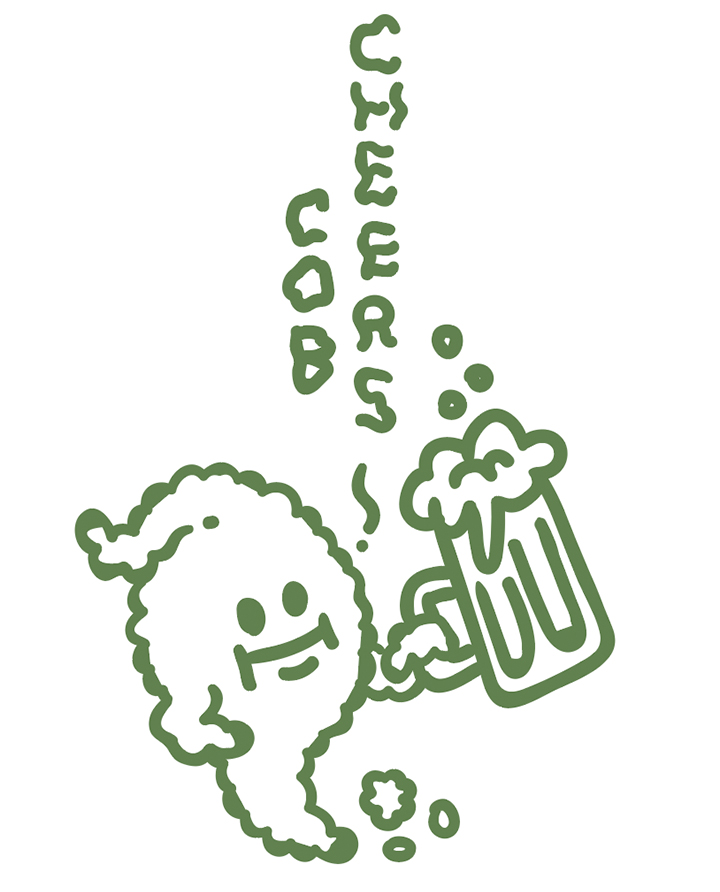 When in an old pub like this we have to ask about ghost stories. Is there an old publican who bangs doors close or a weary traveller who turns taps on for a drink?
Turns out there are more than a few ghost stories from the local tradie at the bar.
He recalls old managers talking about closing the pub for a night and arming alarms only to hear the bang of doors and lights coming back on and the alarm being disarmed.
And personally, sitting at the “old bar” with his wife, this local watched his empty pint glass get tipped over and laid down on its side – the South Australian symbol to the bartender that you’ve had enough.
“It wasn’t knocked over,” the local assures us. “It went up, turned horizontal and came down on the bar quietly. I said, ‘Did you see that?’ to my wife and she nodded. I’m not bullshitting. This really happened.”
Apparently there was a murder at the Rob Roy Hotel. 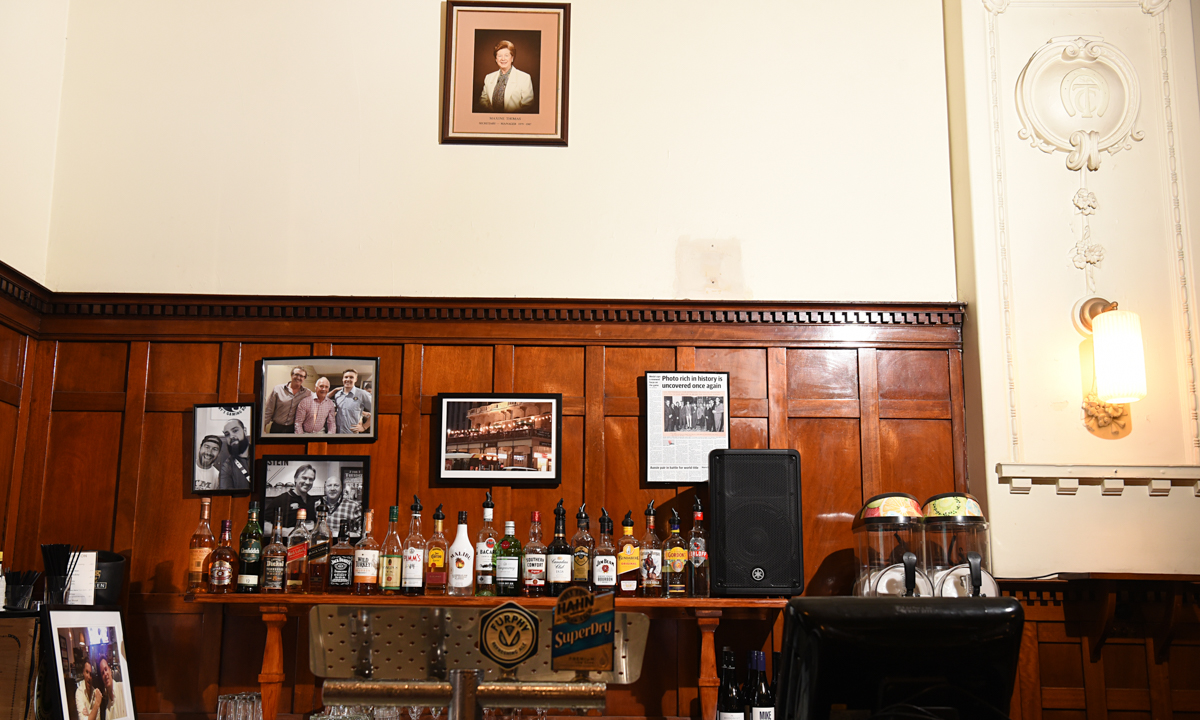 Above the din and groan of Adelaide’s bus thoroughfare – overlooking the King William and Grenfell Street intersection – sits the grandest bar in all of Adelaide.

The Tattersalls Club was the tallest building in the city when it was erected in 1917, and that old world grandeur still permeates the place we call Harry’s Bar today.

“We like to give reasonably priced booze,” says Michael. “We sort of joke about some places you go. Someone paid $10.30 for a Superdry. I think we charge $8 at a normal price.”

Michael is one of four owners of Harry’s Bar and it’s a point of pride for the group that you’ll be served within 15 seconds of arriving at the bar, even on the busiest days.

“It’s rare we get past a 25-minute wait time for food,” Michael says. 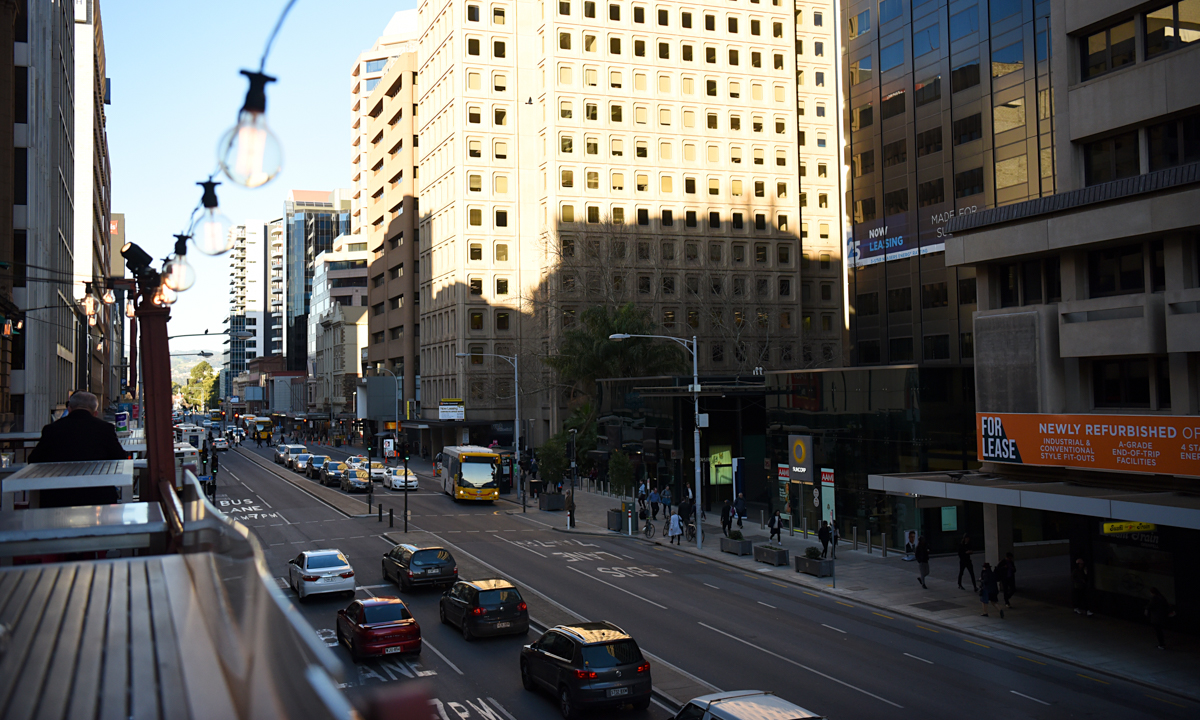 The secret to resurrecting an iconic venue like this is found in the fact the owners are true publicans who work the taps and work the room. The result is a good and loyal following.

“I’ve worked in pubs a long time,” says Michael. “It’s very rare you have owners in the pub all day every day and we always have one owner on each shift. It’s that old school publican service.”

Good, quick service and nice, cold beer is the order here, and against a David Lynch-esque backdrop, you’d be hard pressed to find a more uniquely appealing happy hour in all of Adelaide. 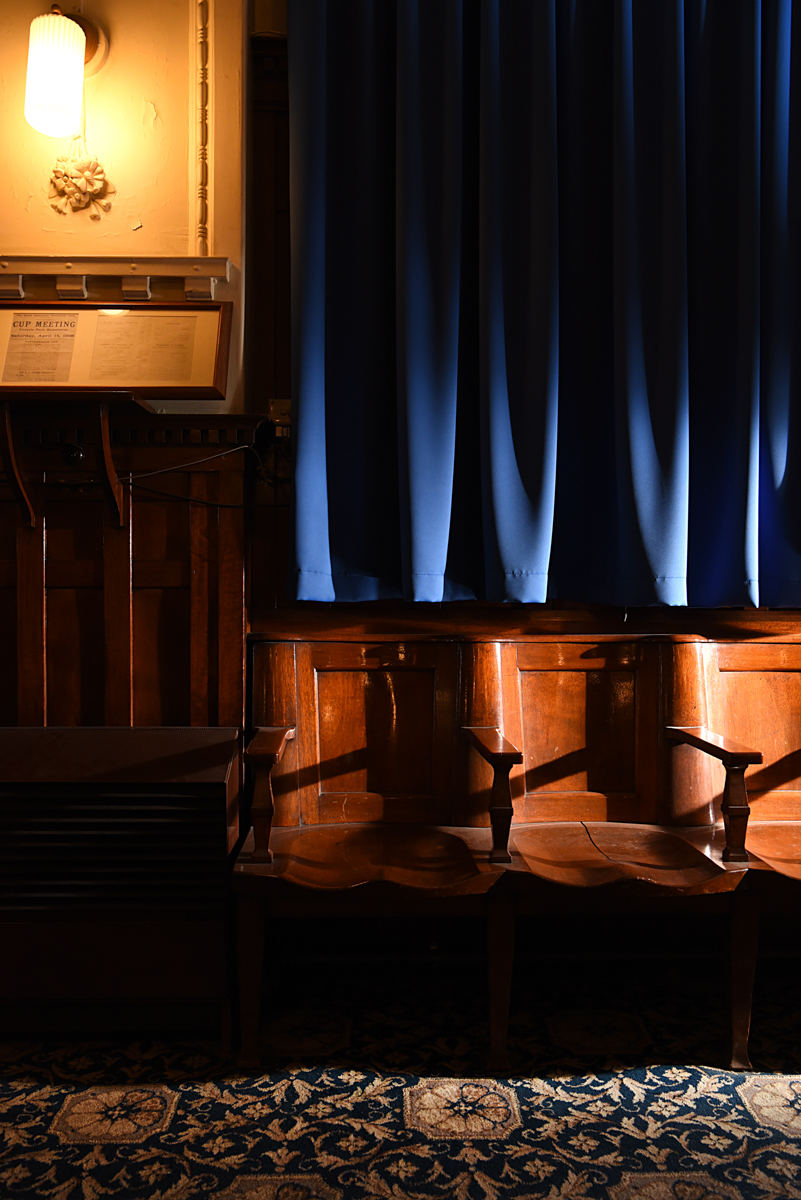