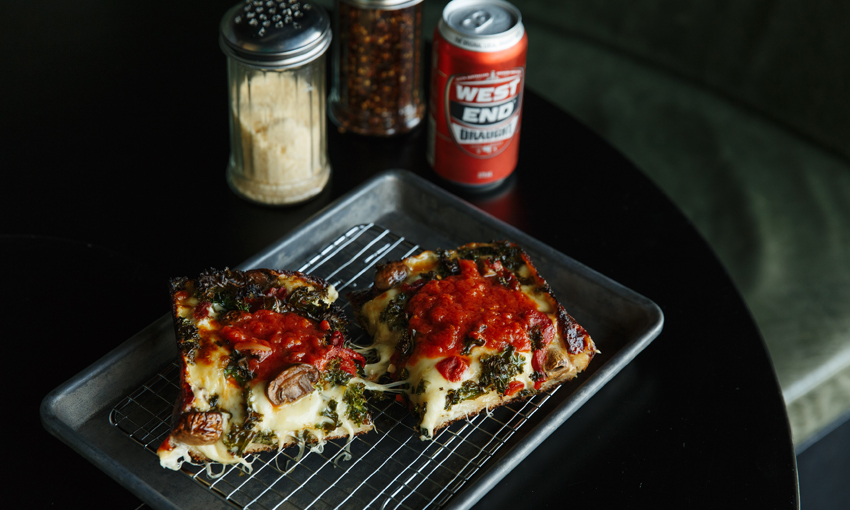 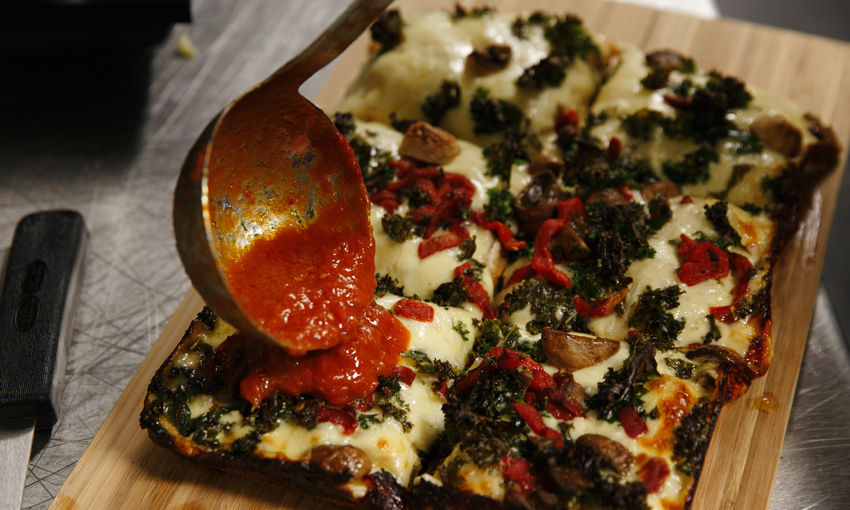 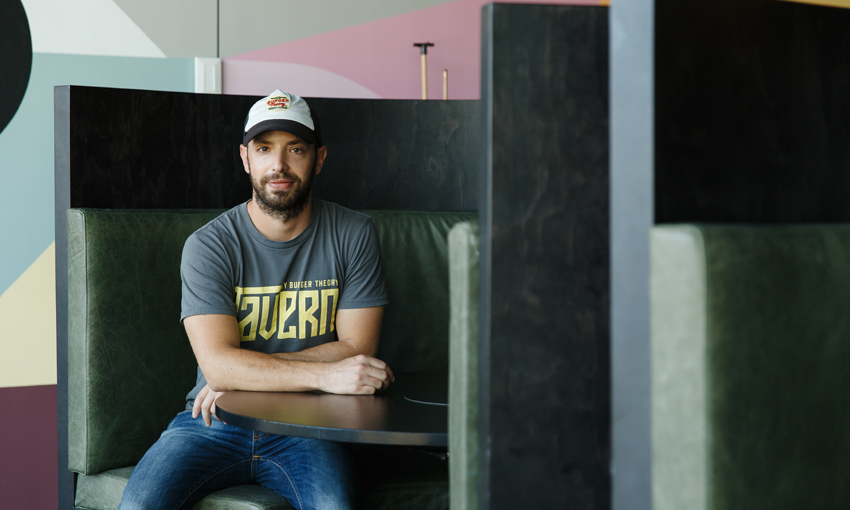 Rob Dean and Dan Mendelson are bringing a new element to their Flinders University and University of Adelaide posts by adding pizza restaurants.

Pearl’s Pizzas are already being served at Burger Theory’s Flinders Tavern location, and will be available at the University of Adelaide location in The Hub from March 13 onwards.

“Unfortunately because we cook our burgers to order, it gets difficult when you get 100 burgers for 100 people in the middle of a lunch rush,” says Dan, the mastermind behind the Pearl’s Pizza recipe. “We thought we’d like to have something that we can offer during those periods.”

The pizza at Pearl’s is distinctively different from any others in the city – it’s Dan’s take on Detroit’s deep dish style. The thicker crust is familiar for Dan, who grew up in Canada in a spot “not super far from Detroit”.

“They call it a red-top in Detroit – I guess they don’t call it Detroit-style pizza in Detroit,” he says. “They put sauce on top of the cheese, and the reason for that is… apparently because it was just easier at the time, or someone forgot and they just kept doing it that way. 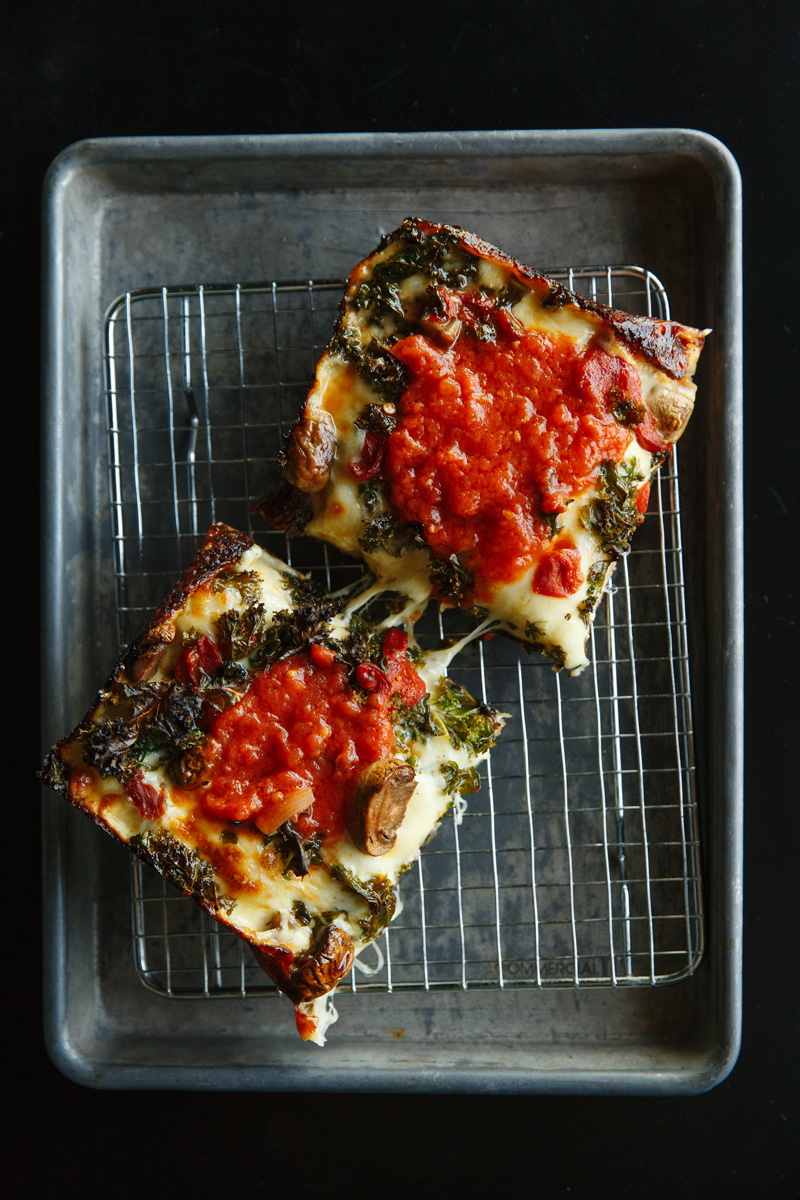 “They sort of say [the style] is in the middle of a New York style kind of crust and a Chicago deep dish. It’s fairly similar dough to a thinner crust pizza… I could sort of compare it to focaccia.

“When [the cheese] gets to the edge of the pan… it’s similar to when you make a toastie, some of the cheese goes off to the side, it squeezes out and it kind of crisps up on the toastie maker – it’s the same idea, but it actually sticks to the dough itself, which is the great thing about the pans. You get both the flavours of the melted crusted cheese, but it sort of goes around the whole pizza. So that’s the flavour, melted cheese, but the texture is the point of difference.”

It took Dan weeks to develop a recipe he’s happy with, but he thinks he’s finally nailed it. In mastering the recipe, he’s made a point to ignore trends.

“I guess it’s vogue now to have like one basil leaf and a quarter of one piece of buffalo mozzarella or something like that,” he says, “but this is definitely more of the American style of a drier mozzarella that you were more typically used to before mozzarella was the in thing. And lots of that cheese.”

I got the pans off the Detroit auto plant line – they kind of used to keep nuts and bolts and things in these little steel pans. They don’t do that anymore, but they’ve kept the same shape and same style of pan. 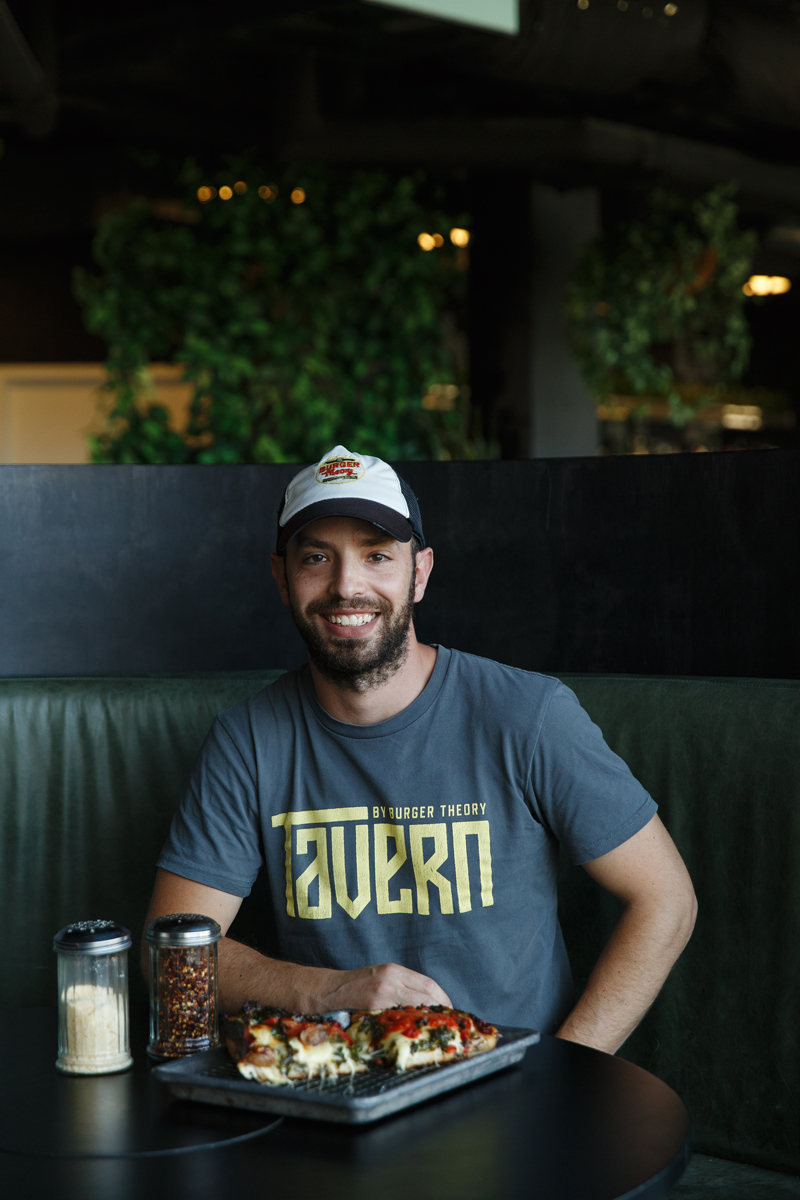 Although it’s standard for deep dish to be cut into eight pieces, Pearl’s will be doing theirs by six in order to satiate the hunger of a student on the go.

“People are used to eating like a whole pizza these days,” says Dan. “Good luck eating one of these pizzas on their own. It’s not going to happen. The most I’ve seen someone eat is half of one, and that was a pretty big eater. It’s a lot of food.”

Slices will go for $5 to $6 and whole pizzas will go for $20-$24, with the odd special bunking the prices up by a dollar or two. Garlic bread and perhaps a salad option will be on the table in the near future, and coffee will be available from the get go.

Be it for dine-in or take-away, Dan says that – by eventually extending their trading hours – he and Rob envision the Flinders location to be seen more as a pizza restaurant than a uni restaurant. A slice of pizza and a beer with a view – that’s something what he hopes Flinders can build its reputation upon.

Students (and non-students) in the CBD can get their hands on a slice at The Hub at the University of Adelaide before 5pm weekdays from March 13 onwards.