Bringing their super high quality coffee to your espresso martini (and to a few other places). 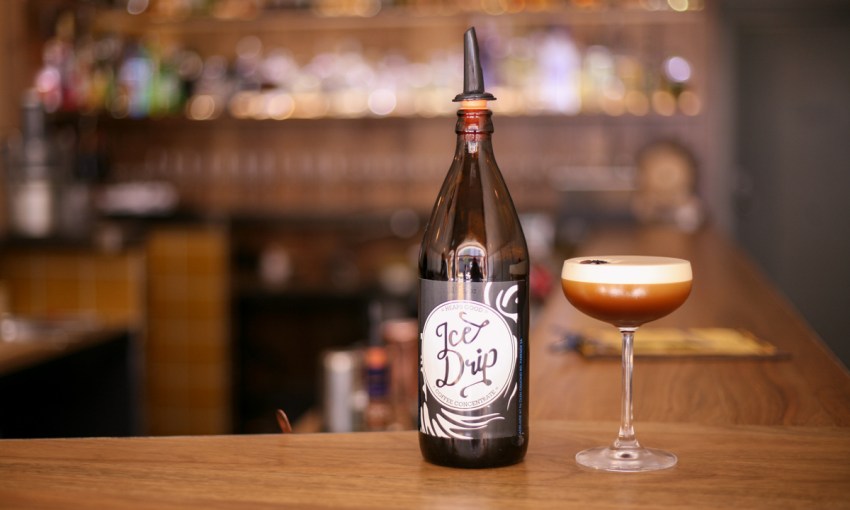 The café that fronted Adelaide’s espresso-based revival is still quietly one step ahead.

The espresso martini made with Bar 9 ice drip pictured was crafted at Alfred’s on Peel Street. 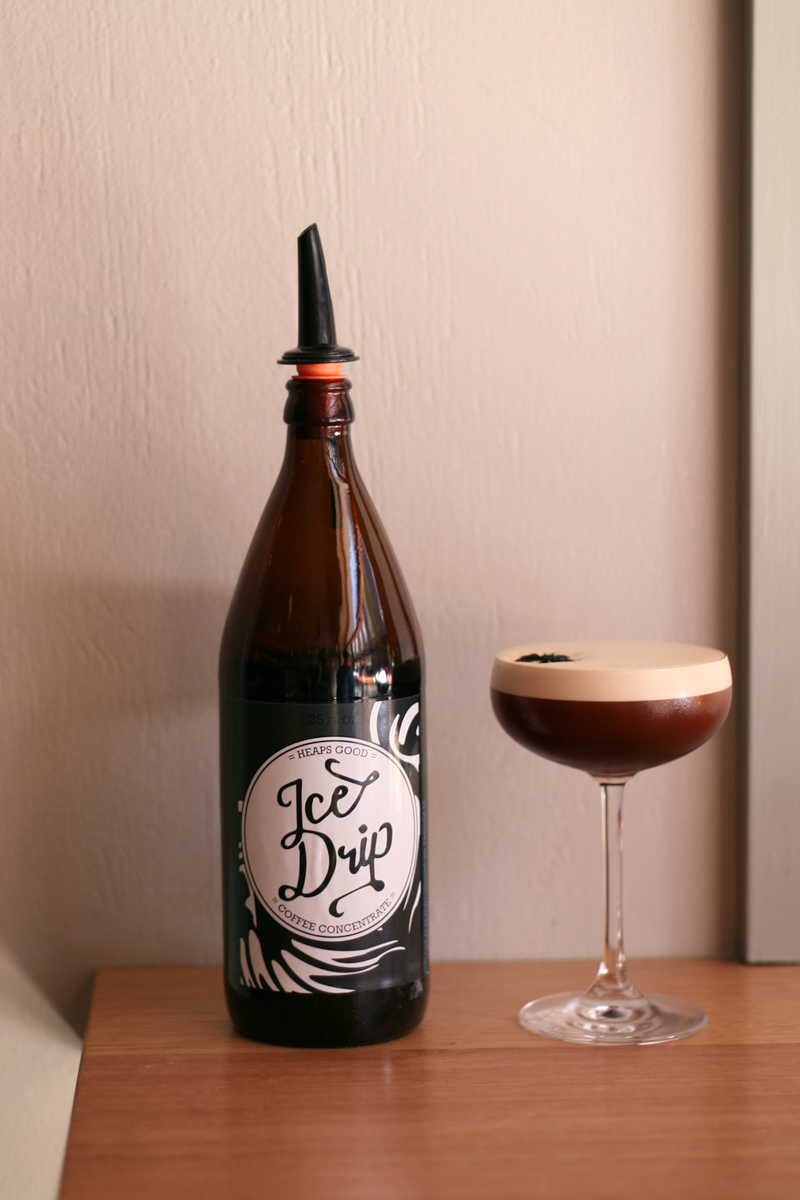 Although it may not seem like Bar 9 has made any moves since its Outreach location opened on Whitmore Square earlier this year, there has been plenty brewing in the background.

Bar 9 owner, Ian Callahan, is always trialling new ideas or techniques in coffee brewing. In the wake of the espresso martini trend that has penetrated nearly every bar in Australia, he has developed a new product using a Japanese extraction technique called ice drip.

Designed to fill the need for coffee to make martini in espresso machine-less bars and restaurants, Iam’s ice drip is a concentrated coffee product made using a conventional dripper system with a slow release of extra-chilled water from melting ice.

“It’s quite rich and viscous, almost like the texture of port,” says Ian.

If you’ve ever had an espresso martini at Hains & Co, Alfred’s, BRKLYN, Proof, Cliché or The Propaganda Club, then it was made with Bar 9’s ice drip. The product also appears in gift packs to make espresso martinis at home sold through Steve the Bartender.

The ice drip isn’t the only wholesale product Ian has been developing. A second line focusses in on summer and refreshment.

“The new product is called ‘Heaps Good’,” says Ian. “It’s a nitro carbonated cold brew coffee, in cans. We also have a still version in bottles. The focus is on a super light, refreshing drink. We’re pitching it like a session ale.”

He’ll be rolling out the still version in early December in the Bar 9 outlets and some supplied venues, with distribution handled by beverage guru Mark Reginato. Retailing of the fizzy nitro version is on the horizon too, “we’re just waiting for the cans to arrive,” says Ian. Release is scheduled of February of next year.

Production of the packaged cold brew will be handled in McLaren Vale thanks to a new collaboration between Ian and some of the regions best-known beer guys.

“This year I took on a new business partner, Geoff Wright, who is the head brewer down at Vale Ale,” says Ian. “We’ll be canning the nitro brew which has nitrous oxide added to it for carbonation. It creates a thin bead of bubbles and doesn’t have that metallic taste that carbon dioxide leaves.”

“Because we can amp up production, we have a good reseller model which means suppliers can stock the product and still make a profit.”

So, next time you’re eating breakfast at Outreach, sipping a cold brew coffee at a barbecue lunch, or downing an espresso martini from BRKLYN, keep in mind that what you’re drinking is the product of one of Adelaide’s most passionate and inventive business owners.