Italian winery Arpepe is throwing a Lombardy party at 2KW

High in the alps of Lombardy, on the fringe of Italy bordering Switzerland, is a wine region called Valtellina, home to 150-year-old winery, Arpepe.

The label is “passionately devoted” to nebbiolo, particularly for the characteristics it takes on from their alpine location.

So different is nebbiolo made in Valtellina, when compared to its Lombardy cousin, Piedmont, that it often goes by another name – chiavennasca.

Though the Arpepe team prefers the term ‘alpine nebbiolo’ – as does 2KW’s wine director, Liinaa Berry.

Liinaa first came across Arpepe on a night out with a fellow somm at Rundle Street wine bar Hellbound. 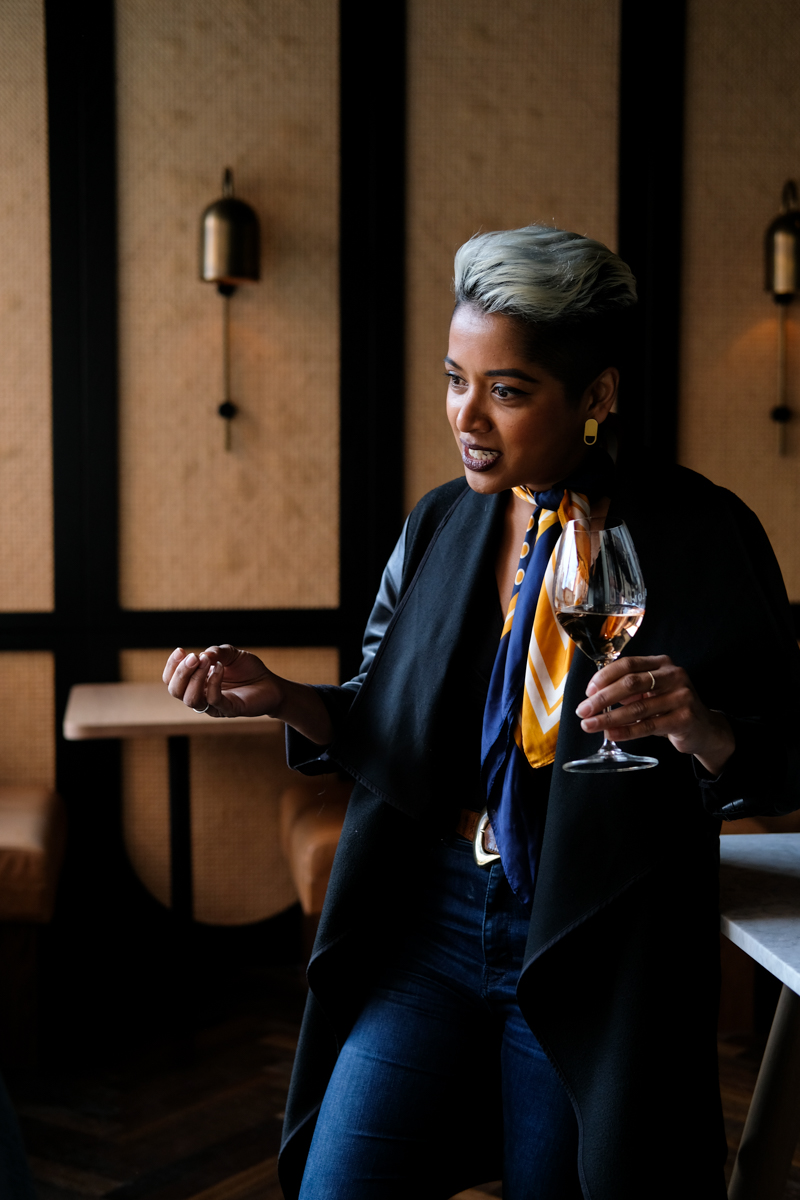 “I thought, ‘That would be really cool to drink a nebbiolo from Valtellina,’ because I’m always drinking nebbiolo from either local or Piemonte. I was like, ‘Wow, this is very delicious.’

“There’s something about being up there in altitude and the soils and the terrace that really brings a different element to nebbiolo… It was almost weightless. It was aerial, it was alpine, the freshness of the alps was reflected in this wine. I really enjoyed it.”

Liinaa immediately tracked down Arpepe’s local distributor, Sydney-based Giorgio de Maria, and put it on 2KW’s list, where it piqued the interest of the venue’s nebbiolo-interested regulars.

An Arpepe Australian tour happened to be in the works at this time, and Giorgio reached out to Liinaa to see if 2KW would be interested in hosting and event with Isabella Perego, one of the three siblings who own and run the winery.

Liinaa was keen, and rather than a simple winemaker takeover, she has instead planned a Lombardy-inspired whole-venue takeover.

On Sunday, 11 August, 2KW will welcome Isabella from Arpepe and Giorgio to co-host a small gathering of drinkers and diners in the rooftop restaurant, with a paired four-course menu designed by Matteo Carboni of Barossan cooking school, Casa Carboni.

“Because we’re not Italian here at 2KW, I wanted to do Lombardy-inspired cuisine, and Matteo is able to actually come to the kitchen here and do a crossover with our chefs,” Liinaa says.

“So it’s a chef crossover, it’s a somm takeover, with Giorgio and I representing, and a winemaker takeover from Valtellina, so it’s a triple taste-off. It’ll be a fun event.”

The menu will feature Valtellinese dishes like sciatt, pizzoccheri, as well as hare in salmi’ and violino di capra.

For Liinaa, the event is an opportunity to make her guests more aware of Arpepe and the Valtellina region, and to talk about the importance of provenance in winemaking.

“I hope people get a better understanding of how the wine gets into the bottle, into the glass at your table. To understand the effort and all the labour that goes behind it,” she says.

“It’s not going to be technical information, but it’s really about history and heritage as well, and family connections to the land, [and] to help people understand sense of place, and how sense of place has an impact on the way that the wine tastes. The wine doesn’t just taste that way because of the variety.”

The best way to convey this kind of information, Liinaa says, is through an afternoon of imbibing amongst friends.

“These dinners are also a platform for people to come and learn,” she says.

“After doing the Somm Battle event I did at Paloma, which had a lot to do with the culture of living wines and how the wine that we drink impacts the environment, actually, I keep receiving feedback from other people that didn’t go there, and so I see that the impact has been much bigger.

“There were 20 people in the room, but it’s a feeling that people have in their heart when they leave the building. It is these things, what people take outside with them, is the impact.

“By doing these events and putting my heart into it, I want to really help educate and broaden the way that we drink.”

2KW’s Arpepe Wine Lunch is happening from 1pm on Sunday, 11 August. Tickets are available via the venue’s website.