Vegan Mexican eatery Cocina Comida has moved on from its Pirie Street shop, opening up a more “refined” space in the busier East End dining district.

Cocina Comida has had many lives over the three years it’s been in operation.

When Reuben Williamson first founded the business in 2019 in the Whitsundays, it was a Mexican food truck that served meat dishes.

This was a concession he made, despite being vegan, to be able to serve the cuisine he loved to his Whitsundays clientele, who he felt would not be totally accepting of a wholly plant-based menu.

Upon his return to Adelaide not long after the pandemic hit, Reuben relaunched the brand with an all-vegan offering, trusting that Adelaide’s vegan food scene was developed enough to sustain such a business.

He launched this version of Cocina Comida in early January 2021, at a small space on the quieter end of Pirie Street – east of Pulteney Street. 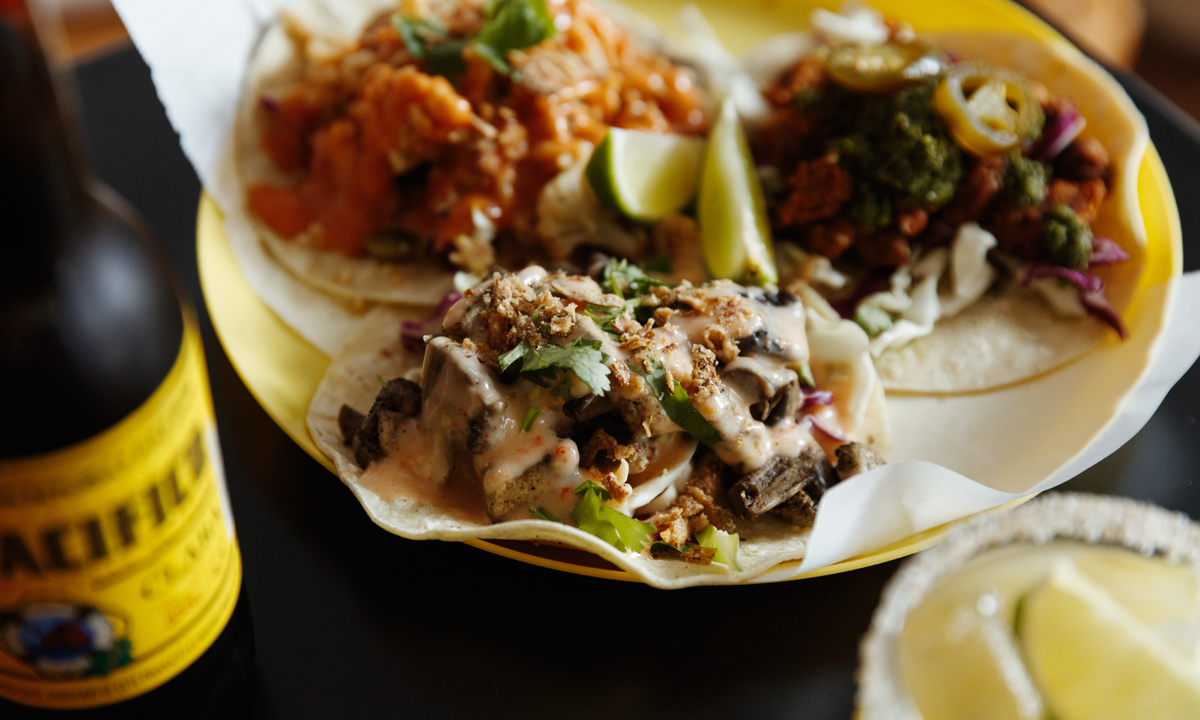 Given Reuben was no longer operating out of a truck, the concept had developed slightly – a broader offering, and a booze menu to suit. But it was still a food truck concept, only presented within thicker walls and with indoor seating.

The service also reflected the ultra-casual nature of the food. Reuben would spend a lot of time behind the counter, chatting with customers, and the food was presented in foil and plastic baskets.

Reuben signed a five-year lease at the Pirie Street site, with 12-month renewal options. He figured he could use the first year to establish Cocina Comida before finding a better (and likely more expensive) shop.

Now the first 12 months is up, Reuben is confident Cocina Comida has found its niche in Adelaide, and he’s moved the business to a more prominent (and yes, more expensive) location on Ebenezer Place in the East End. 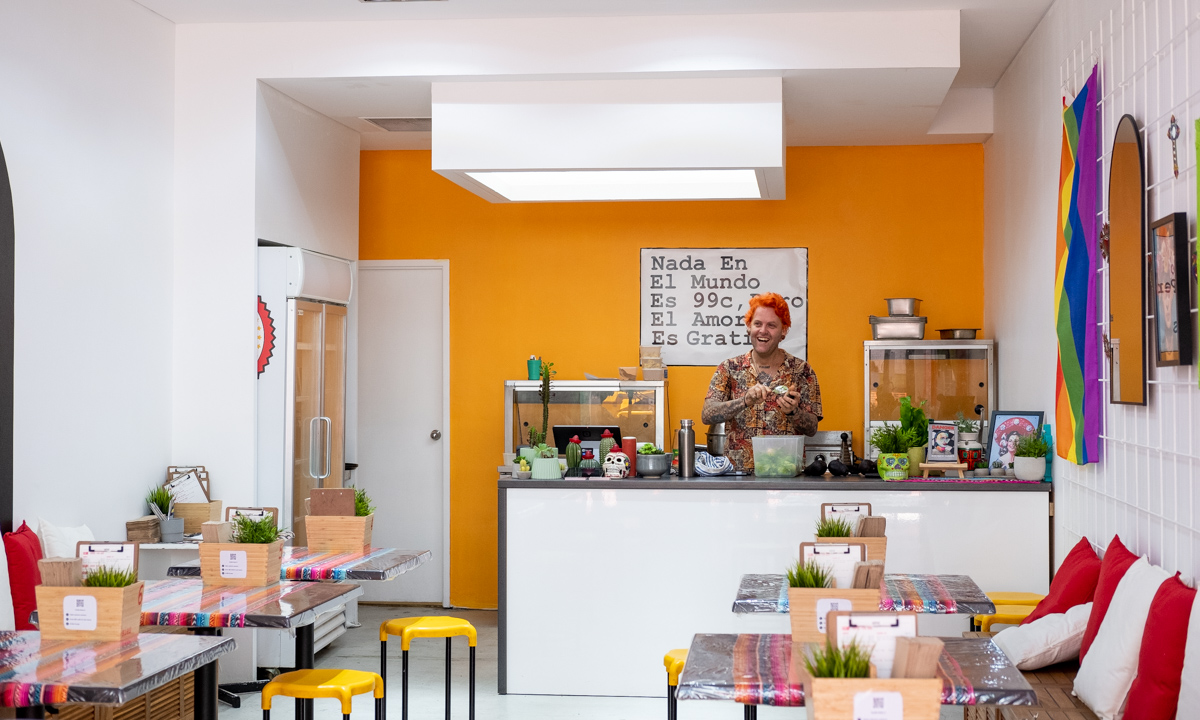 “One hundred per cent, it was about foot traffic,” Reuben says.

“One person said something to me, ‘If you’re not the destination, no one’s coming here’, and I was like, that make so much sense, because there’s not much foot traffic at nighttime.

“And I wanted to be where other eateries were, so I was an option, rather than a destination.”

At its new home, Cocina Comida has evolved again. Reuben has moved away from food-truck-style servingware, instead aiming for a “refined kitsch” experience.

“I’ve bought plates and new glassware, and just going up a level with the serving style,” he says.

“Because I went from a food truck, where it was literally on the street, to street food, food truck-style in a restaurant, and now I’m going to go more restauranty.” 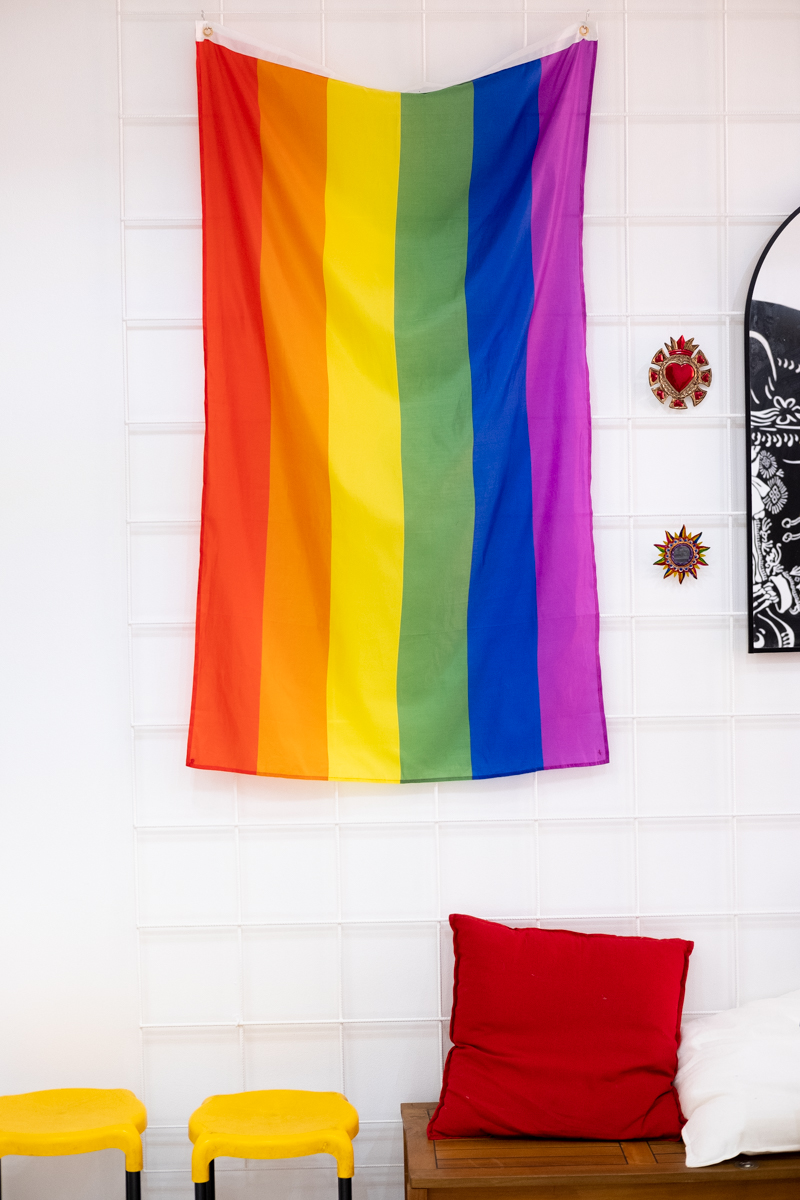 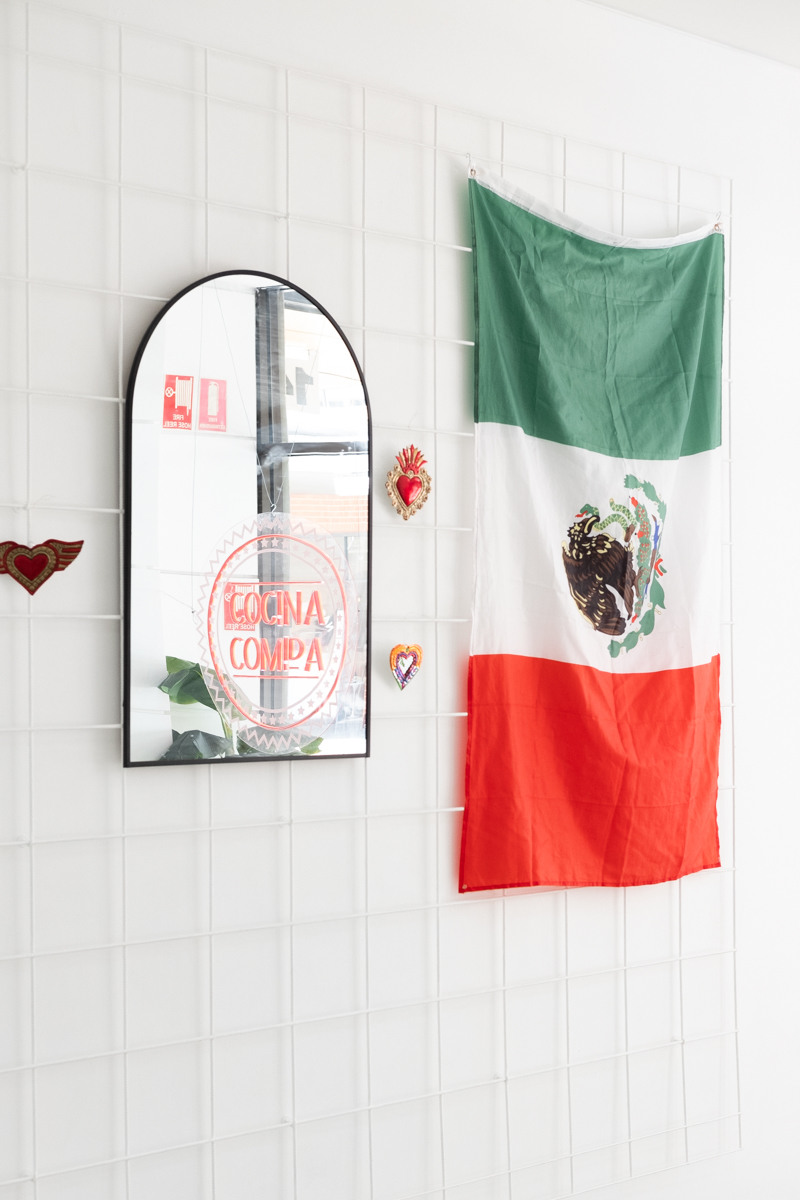 There are slight changes to the Cocina Comida menu. Rather than have the exact same options for tacos and burritos, Reuben is creating more specials. He has also narrowed the focus of the menu to burritos, tacos and nachos.

The booze offering, too, has narrowed, with the cocktail menu shrunk to two versions of a margarita (lime or mango, mezcal or tequila). The liquor licence for the space is still pending.

These changes are all based on customer feedback Reuben accrued at his Pirie Street site. 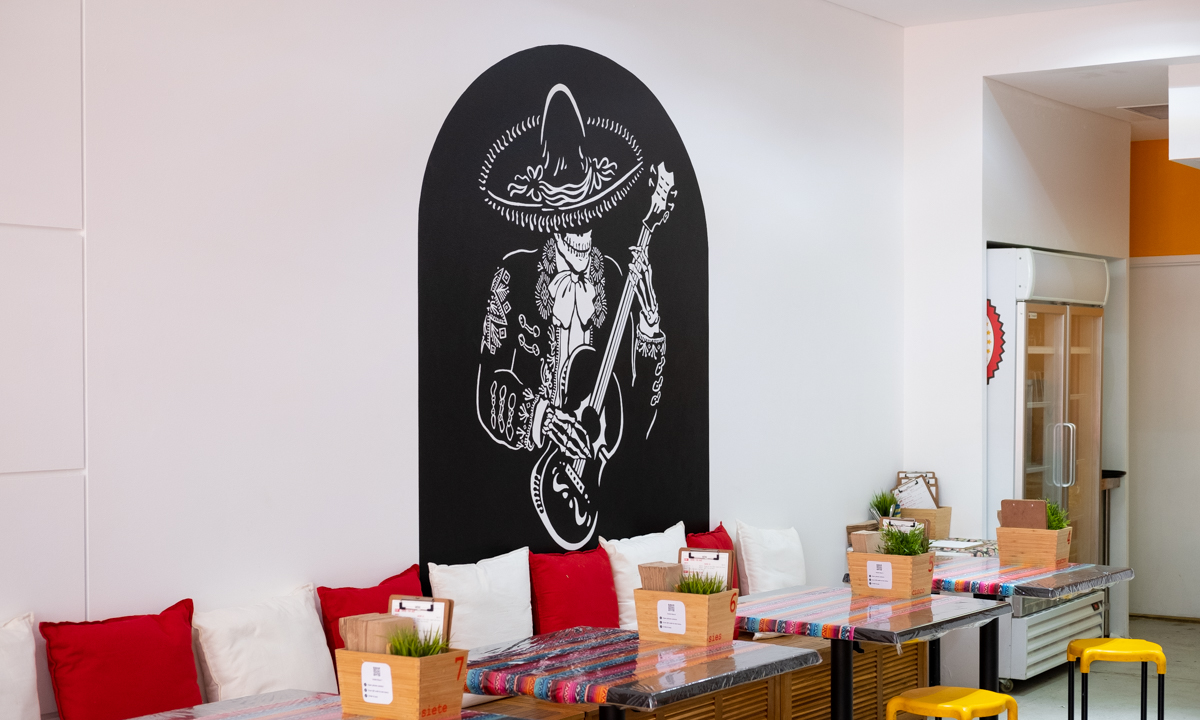 A mural by Adelaide DJ and artist Ruby Chew

With the Adelaide Fringe Festival just a couple of weeks away, Reuben is hoping to capitalise on Cocina Comida’s more bustling location in the East End and establish himself as a favoured option amid the pubs and eateries nearby.

“Who doesn’t want a burrito after a few beers?” he says.

Cocina Comida is located at 16 Ebenezer Place and officially opens from Friday, 28 January.

The business operates for lunch and dinner from Wednesday through Saturday. 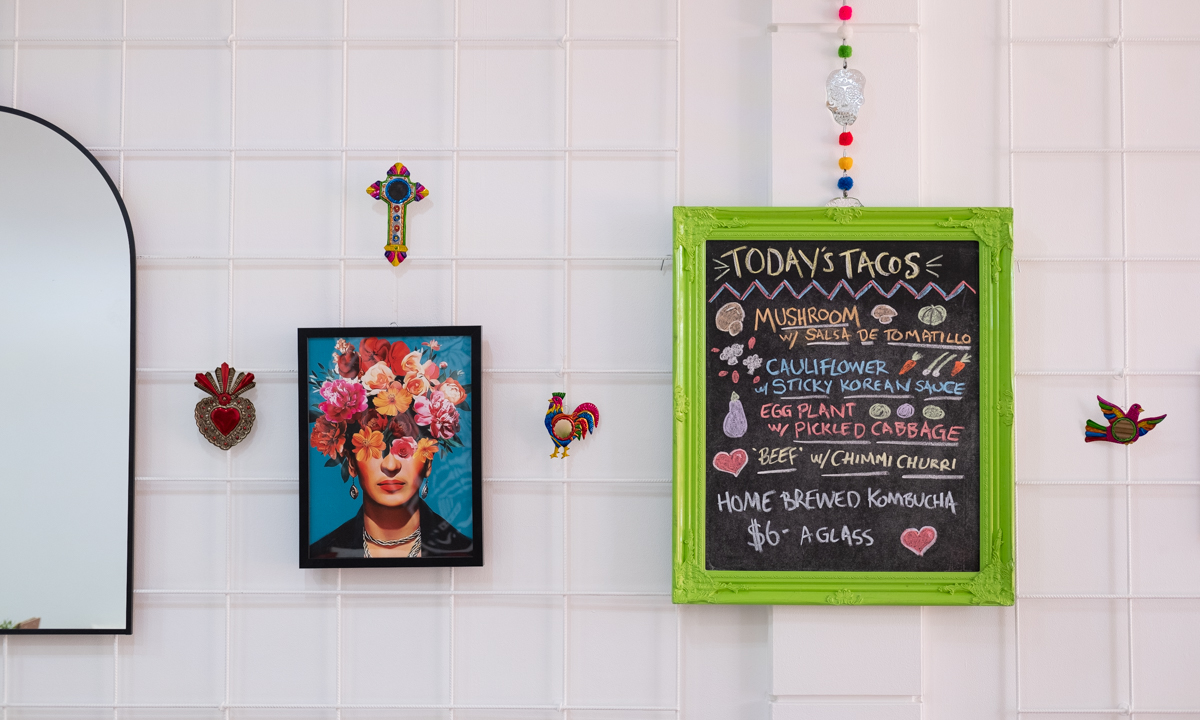