“As much as we like to elevate beer as craft brewers, it’s the working-class beverage,” Sparkke chief brewer Carla Naismith says, “and West End stays true to that.” 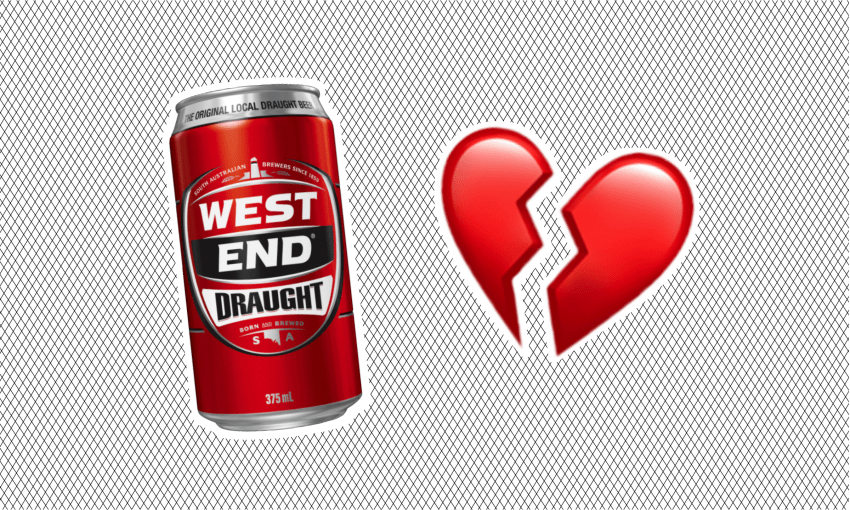 When news broke last week Adelaide’s West End brewery would close and the hallowed Red Tin would no longer be brewed in South Australia, there was an outpouring of grief from loyal drinkers, nostalgic fans and hoity-toity politicians alike.

Leader of the Opposition Peter Malinauskas said we should be doing everything we can to keep jobs, and the iconic brand, here in South Australia.

Some concerned InDaily readers pitched the idea of getting the iconic chimney heritage listed, as well as the brewery’s operational costs examined, in an effort to ensure those frosty cut-price beverages could continue production on our city’s border.

By June next year, West End, owned by Lion, which is a subsidiary of Japan’s Kirin, will be brewed at the brand’s other plants in Sydney and Queensland, before a bespoke brewery will be constructed at a sparkly new undisclosed location.

As a result, 94 West End Brewery workers – two-thirds of the total staff – will lose their jobs.

Lion Australia Managing Director James Brindley wants fans to remain loyal to the brand, but he says when “700 new craft breweries have sprung up” over the years, competition becomes intense.

Little Bang Brewing Company popped up seven years ago, and is one independent beer entity that has drawn many loyal customers into the craft realm.

Founder Ryan Davidson says they’re having a lot of trouble keeping up with demand, especially during COVID-19. Their main challenge is intelligently growing the business while meeting that demand.

“It’s the opposite problem [to West End],” Ryan says.

Red Tins are what they are, and they’re dirt cheap – Ryan Davidson

Growing up, Ryan would opt for a Coopers over a West End. He says a lot of craft beer aficionados will defend Coopers’ cloudy beers to the death, but nothing can compete with the price of a Red Tin.

“Red Tins are what they are, and they’re dirt cheap. Sometimes the best beer is the cheapest,” he says.

Ryan has a family connection to West End; his dad worked at the brewery in the ‘70s – its “heyday,” he says.

“All the guys working with heavy machinery were only allowed two schooners at morning tea and three schooners at lunchtime,” Ryan laughs, “and everyone that was there was at least half pissed all day.

“My dad was in sales and apparently there were like seven bars positioned around the complex. It was just whatever your first meeting was for the day, you’d just set up with one of the bars.” 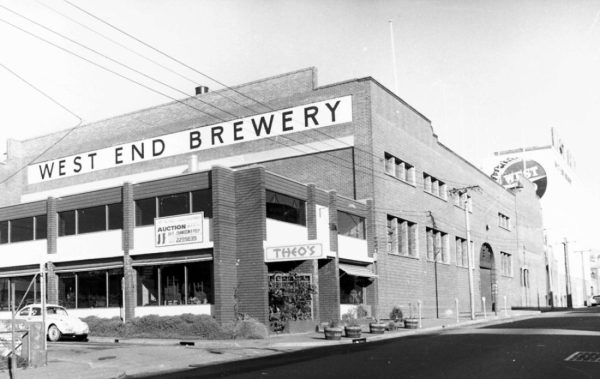 On the one hand, she’s happy for the international business to step aside so smaller craft beer operations like hers can fill South Australian glasses. But she’s concerned about the employees facing the axe and is sad to see the cityscape lose one of its oldest working landmarks.

“Ultimately, the loss of another big multinational is only a positive for the craft beer scene,” Carla says, “[but] Red Tins have a place in every South Australian’s heart, whether we like it or not.”

Her favourite memory of sinking West End beer was years ago on the Boucle de Burbs cycling tour. Carla and her housemate both had limited funds but were able to fill a backpack each with Red Tins. They would periodically crack cans during the trek.

“As much as we like to elevate beer as craft brewers, it’s the working-class beverage,” Carla says. “That’s where it started and West End stays true to that.”

Alistair knows workers there, and, like others, believes “it’s a South Australian icon.” He was saddened by the news.

“If you think about their sponsorship of sporting events, how long it’s been established, how popular it is, and there are there are many, many, many examples of where they have a positive impact on the community in terms of what they do. They’re iconic” he says.

But Alistair also doesn’t believe craft breweries, such as his, led to the degradation of West End’s sales. For him, craft beer and mass-produced beers are two separate products.

“Craft beer has certainly reflected a change in preferences, but I would have thought the larger brewery product was still very much in favour,” he explains.

“I think people in South Australia are parochial and I would imagine a large number of people would be drinking what they drink because they’ve done so for a long time.”

The best West End drop Alistair ever sank was when he was a University of Adelaide student.

This was at a time when the only local beers on tap were Coopers and West End. At the bar, Alistair would make his purchasing decision as most uni students do.

“Whichever one was the least expensive at the moment probably would have got my attention,” he says.