From a childhood in the Hills to the State Theatre Company, sibling theatremakers Nescha and Antoine Jelk were determined to make a living in the arts.

Siblings Nescha and Antoine Jelk are familiar faces in the Adelaide theatre scene.

Nescha is a former resident director with State Theatre Company and has a history as an indie theatre upstart, recently founding an emerging-maker-focussed theatre company, Rumpus, and is also director of State Theatre’s upcoming Jasper Jones production.

State Theatre’s production of A View From the Bridge closes this weekend.
Final tickets are available here.

Most recently Antoine has been charming audiences in an Italian accent as Rodolpho in State Theatre’s A View From the Bridge.

When CityMag speaks with the pair, Nescha is in the earliest stages of preparation for Jasper Jones, opening Friday, 16 August, and has just had a round of first meetings with the actors ahead of rehearsals.

“First day of rehearsals always feels like first day of school, in a way,” Nescha laughs, “because you haven’t always worked with everyone in the room before.

“You have those first days of school a lot, so it’s nice to be able to break the ice with actors you’re working with beforehand.”

The Jelks’ love of theatrical arts dates back to their youngest school days.

There was tangential influence from their family – both their parents are artists with practical trades, a jeweller and a fashion designer; and their aunt runs Hills-based youth arts company, Ink Pot – but it was their hometown of Echunga that first prompted their artistic sensibilities.

“It was how we played as kids a lot,” Nescha says.

“We lived in the Hills throughout our childhood, so long distances to and from town,” Antoine continues. “And we would wait hours after school as well for our mum to finish work, so we’d just create characters together out of necessity of not going insane.”

Nescha went through school determined to make a career in the industry, setting a goal while still in primary school of getting into Flinders University’s Drama Centre.

She would eventually achieve that goal, entering the Drama Centre as an actor, before being led into directing by her first-year teacher, Anne Thompson.

“I didn’t know any young female directors, [so] I didn’t even see that as a possibility for me,” Nescha recalls.

You’ve got how many other brains in the room, and as long as you’ve got this clear idea of where the project’s heading towards then it’s really just a process of working through that and seeing what works.” 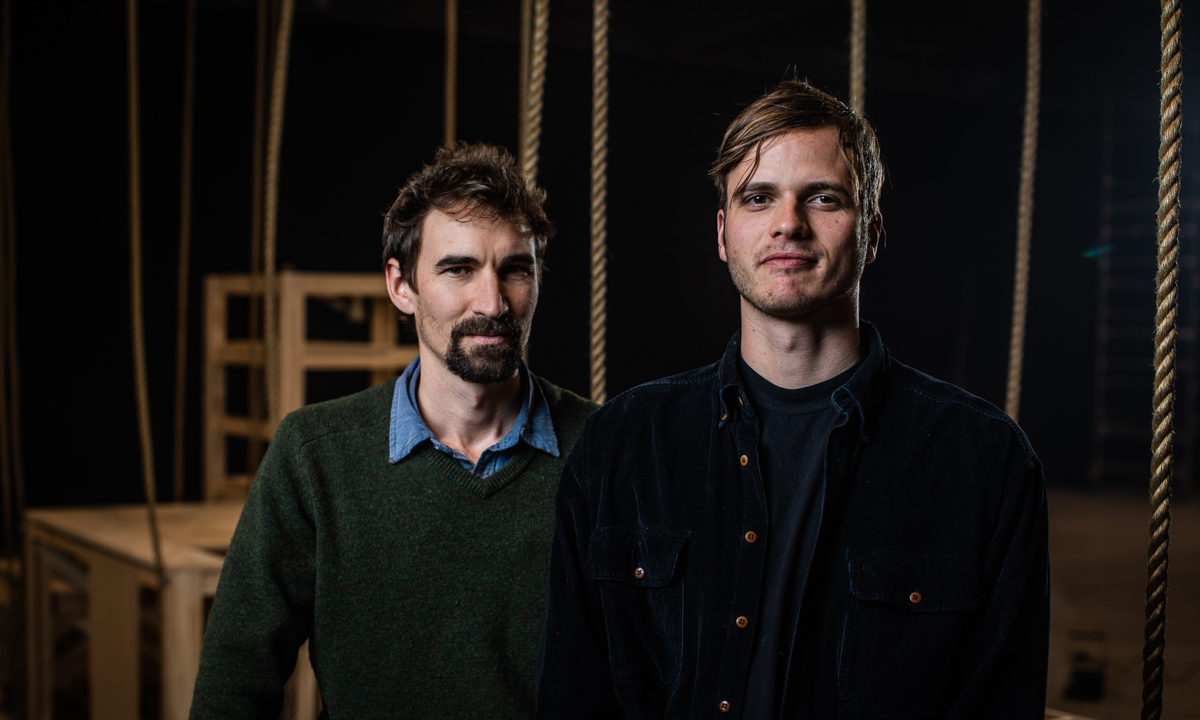 Antoine’s path to acting was less direct. He followed interests in sport, visual arts and music throughout school, but it wasn’t until he saw Nescha’s year 12 performance of Steven Berkoff’s East that he decided to follow in his big sister’s footsteps.

“That was very influential for me,” Antoine says earnestly while Nescha giggles.

“It was! Because I was flirting with the idea of dramatic arts before then.

“That [performance] was probably the shift in our teenage angsty dynamic of, ‘I just want to hang out with my older sister, but she doesn’t give a shit about me at all,’ to like, ‘Oh my god, she’s so cool now.’”

Antoine took up acting and it was during his gap year he had the revelation of pursuing his passion for acting.

“I wanted to invest in something that I love and enjoy, rather than just seeking financial security,” he says.

“And then Flinders happened, and [Flinders Drama Centre’s artistic director] Rosalba Clemente was an incredibly supportive mentor who gave me the right nudge to keep going.”

In their most recent works with State Theatre Company, both Nescha and Antoine have used their art forms to interrogate the darker sides of human nature.

In A View From the Bridge, Antoine’s character, Rodolpho, disrupts the family unit of patriarch Eddie Carbone, his wife Beatrice and her orphaned niece Catherine.

With a blonde shock of hair, a penchant for singing and dancing and a brewing romance with Catherine, Rodolpho is a challenge to Eddie’s hyper-masculinity.

“What I’ve found so fascinating is how self-reflective the play inherently is towards toxic masculinity,” Antoine says.

“That lack of emotional articulation that a lot of men deal with and seeing Eddie Carbone go through that sort of stuff on stage could be extremely beneficial for some people. Or if not beneficial then at least revealing or insightful.”

For Nescha, though she stresses Jasper Jones is a charming and joyful coming-of-age story, there is also much to explore in the story about Australian race relations.

“There was one particular quote from Craig Silvey, the author of Jasper Jones [about how] we all become adults but we don’t all necessarily grow up, that growing up means asking ourselves difficult questions and having a wide-eyed open look at the world and what it is. Seeing the challenging things, seeing the injustices.

“In White Australia we all have different ancestral backgrounds, and where this all stems from is what I’m interested in exploring.” 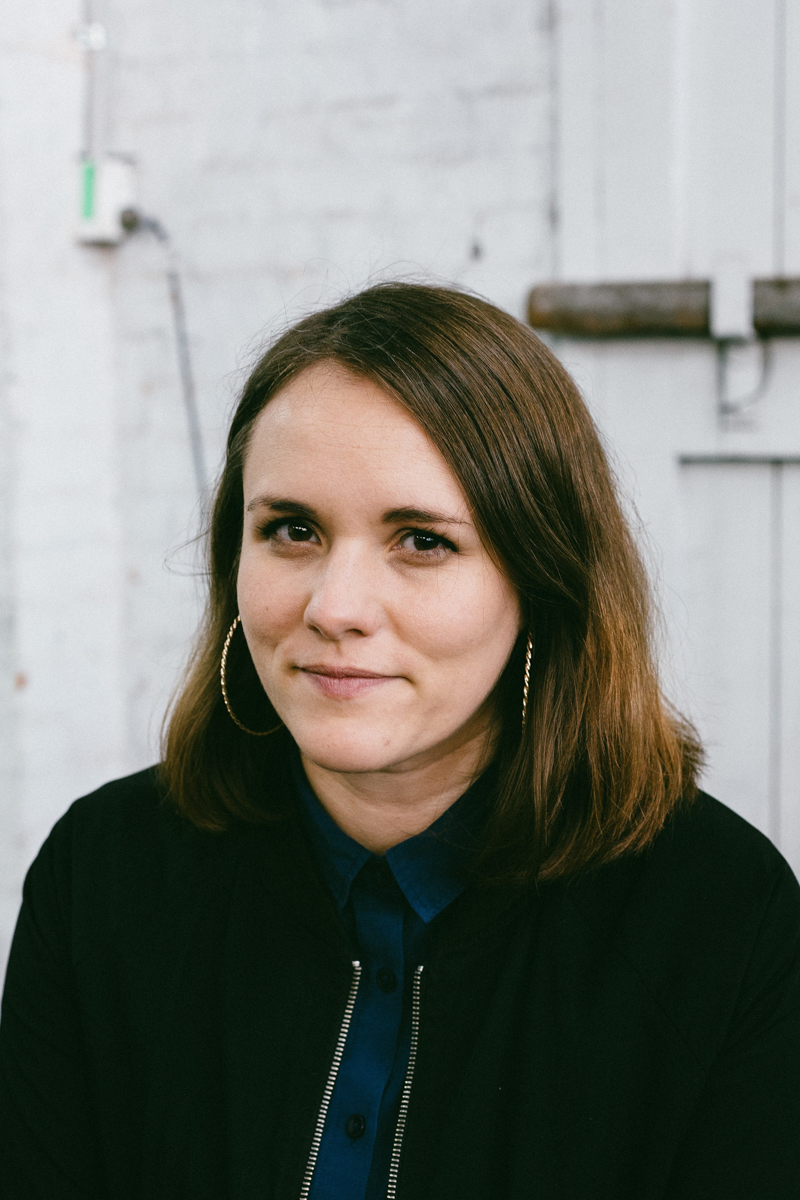 Achieving the social commentary while maintaining the play’s lighter side is “a bit of a balancing act,” she says, “but it is important that we do think about that, while still retaining that lightness and joy that comes from those characters.”

Both Jelks see their careers unfurling further here in Adelaide. Antoine even expresses envy towards the most recent graduates entering the local scene now, in a moment where young creators, like Nescha with Rumpus, fill out the once bare theatre middle ground.

“The independent sector for a long time has had a lot of potential but has not quite had the resource,” Nescha says.

“Rumpus started by having meetings with local makers, local companies, smaller companies, and going, ‘What’s a way that we can share a resource, or be more creative with how we can tackle this?’

“I think it’ll mean there’ll be a lot more creatives that can afford to stick around, or have the incentive to work with people before they branch out elsewhere,” Antoine remarks.

Antoine’s admiration for his sister in high school hasn’t faded.

“Nescha terrifies me at particular times, just by the nature of [her] being a director, and the vision of a director being all-powerful, all knowing, that kind of thing,” he says. “But the flipside of that coin is just having the best advice-giver possible for this industry in so many different ways and so many different times.”

You can see Antoine this weekend in the final run of A View From the Bridge shows. Jasper Jones open for previews under Nescha’s directorial purview on Friday, 16 August.

Keep an eye on Rumpus’ work via their social media.