Little Acorn: How to make it as a music manager

Sian Walden manages MANE, Tom West, Wanderers, Wing Defence and Kiah Gossner under her music management label, Little Acorn. But her career in the Adelaide music industry was not always a given. 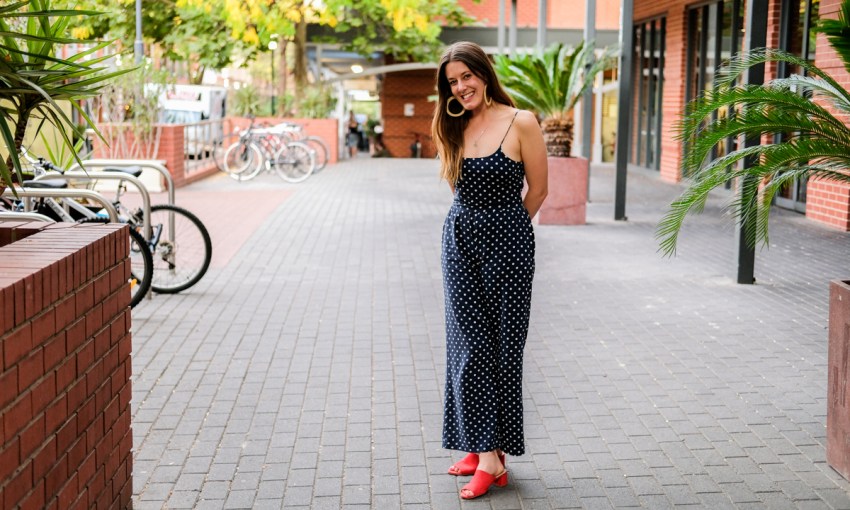 Adelaide-based music manager Sian Walden has carved out a career in a field notoriously East Coast-centric.

But she wasn’t always convinced she could stay in Adelaide to pursue her passion. She didn’t even know if she’d ever have a career in music.

“I always wanted to learn instruments, and worked out very quickly I wasn’t very good,” Sian says through a laugh.

“And I had a lot of stage fright. Like, I did a vocal recital and it freaked me out.

“So, I think I shelved music for a really long time.”

After high school, Sian worked in travel but music was never far from her mind, and it was during a self described soul-searching mission that she had her ‘aha moment.’

“I was driving down the freeway and listening to something and I was like, ‘Oh my gosh! I can work in music. You don’t have to be a musician’,” she says.

Sian enrolled to study music business with Music SA and committed to giving a career in management her best shot.

During her studies, Sian’s management business, Little Acorn, was born.

She began working with a couple of musicians but was not making much headway.

Frustrated, Sian left Adelaide to live in the UK for two years, with a mind to moving interstate on her return. Living in the UK, Sian started booking Australian artists for European tours and even ran a festival. Regardless of the distance, Sian kept a keen eye on the Australian music scene.

“When I’d left there was not a huge amount of opportunity on the industry side of things,” she says.

“[But] I’d been watching from afar and seen a lot had changed. So I was excited… when I got home and it was actually way better than I had even expected.”

On her return to Adelaide, Sian noticed something had changed. The city felt different. Opportunities that hadn’t existed when she left her hometown were sprouting up across the city.

This led to Sian seeing Adelaide in a new way, and with a reinvigorated drive to pursue Little Acorn full-time, she poured all of her energy into the business.

“I spent a lot of time travelling overseas and interstate to build up my networks,” Sian says.

“The music industry is about relationships, and the amount of people, once you’ve hung out with them or helped them out interstate… they’d be happy to help out or introduce [you to] someone over there.”

While a lack of musical ability originally kept Sian from cementing herself in Adelaide’s music scene, in music management, and in the founding of Little Acorn, she found a way to contribute to the industry she loved.

While each of the musicians has their own style, Sian says the process of becoming their manager has followed a similar pattern, and it’s a lot like dating: They’ll scope each other out to see if the chemistry works, then maybe go out on a few dates to lock the thing down.

Sian says although she is always on the hunt for new talent, right now she is focused on managing the artists on her books.

“Coming back to Australia, that level of going, ‘You know what? I’m investing in my own business. This is my own thing and the only person responsible for that is me, and if I don’t make it, if it doesn’t work, it’s my fault’.”

The Adelaide music scene is small, much like our city, but, for Sian, this presents an opportunity to help build what our city will come to be known for.

“It’s still a small industry…. [But] I don’t feel like being based in Adelaide is a barrier any more. I actually think it’s a really cool thing,” she says.