How your views will affect abortion law change

Amendments to abortion law reform, informed by more than 3,000 public submissions, will be presented to the State Government this parliamentary session.

Although the mention was brief, the South Australian Governor’s opening address welcoming the second half of the 54th Parliamentary Session touched on social policy significant to a lot of South Australians.

“During this session, a bill will be put before you to make abortion a regulated medical procedure under health legislation and policy rather than continuing to be dealt with under the criminal law,” Governor Hieu Van Le said last week.

“This follows extensive public consultation about the current legal arrangements and a major independent report from the (South Australian) Law Reform Institute which considered bringing the law into line with current clinical practice.”

It was requested by the state government’s Attorney-General MP, Vickie Chapman, in February last year, as a preamble before presenting her own motion to reform abortion laws tabled this year.

We have recommended two alternative models in our report, both of which recognise that women should be free to make their own informed decision. —Director of SALRI, Professor John Williams

“SALRI’s report recommends that abortion is decriminalised by making it a regulated medical procedure under health law as opposed to a criminal law issue,” says director of SALRI, professor John Williams, in a statement.

“Abortion should be treated as a health issue rather than as a criminal law matter, and a woman’s autonomy and best health care should be respected and promoted.”

Our half-century-old laws are filed under criminal law rather than health law, which makes it a more stigmatised issue. Our laws also state abortion is only granted for those 22 weeks and six days along or less; they’re for women who’ve resided in the state for two months or more; they require the approval of two doctors at an official medical institution; and there are no protections for workers or patients entering or leaving abortion clinics or hospitals from protesters.

This InDaily story reveals how workers of Adelaide’s only abortion clinic, and its patients, were filmed, photographed and harassed while entering and leaving the centre.

Those found guilty of breaking these laws while acquiring an abortion risk maximum life imprisonment.

This criminal law focus has lead to “an adverse effect on both patients and health staff, and creates additional barriers to accessing relevant services for women in rural, regional, remote and Aboriginal communities,” the SALRI director added.

“We have recommended two alternative models in our report, both of which recognise that women should be free to make their own informed decision as to whether or not they seek an abortion.

“The first model is that an abortion is lawful at all gestational stages with the woman’s consent and if it is performed by an appropriate health practitioner, which mirrors the law in ACT.

“The second approach recognises that terminations at a later stage often involve complications, distress, complexities and higher risks to a pregnant woman.”

Those supportive and opposed to decriminalising abortion were consulted, with some responses included in the report. 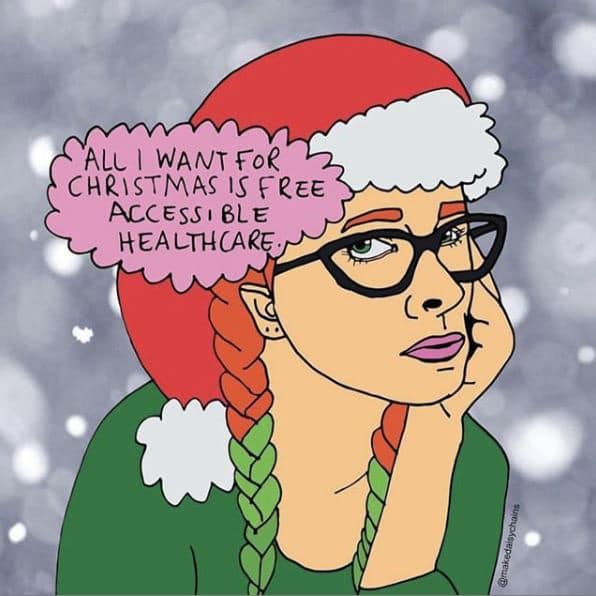 One Year 12 student said she felt the current “specific” abortion criteria made her uneasy, but was supportive of SALRI’s research and its ability to “change so many females’ lives for the better.”

“I believe that all women should have the right to choose what they want to do with their bodies.”

A member of the South Australian community said she was concerned about the current lack of legal autonomy women have when wanting to acquire an abortion, and believes they deserve to feel “safe and in control of their lives.”

“I write to express my strong support for reform that provides for safe and legal access to abortion; and protects patients from harassment and intimidation at clinics.”

One woman fell pregnant two years ago during an unhappy and tumultuous relationship, and wrote an abortion was the most appropriate option for her.

“It is a decision of health, ultimately: long-term health. What will be the healthiest option for the pregnant individual in question? Abortion should thus be treated as any other healthcare: regulated objectively, without any moral projection upon the parties involved and provided on the basis of a persons informed consent.”

From a 2019 protest which was against abortion decriminalisation. Photo: Angela Skujins

Some submissions against abortion decriminalisation and reform were also included.

“Penalties should apply to both the man and the woman for failure to use a contraceptive … Far too many abortions are occurring. We are killing off healthy babies and keeping sick ones alive,” one said.

“Repeat offenders [should] be required to have implant contraception reviewed annually just as an irresponsible driver loses their licence to drive for a period of time. They also need to be given the opportunity to hear the truth from the Gospel each time they return, so they can choose for themselves to be forgiven, repent and be redeemed,” said another.

“Instead of murder why not nurture young people to refrain from having sex until they have a life partner to whom they are committed and with whom they will have a real genuine love relationship (not just a sex one). This will bring boundaries, discipline and relationship back into our society that is crumbling fast and we will no longer be called “the lucky country”.”

SALRI’s 66 recommendations can be viewed here (starting on page 24). The report has been submitted to the South Australian Government and Parliament to consider. They will decide whether or not to accept them.