Alabama aside, did you know abortion is still ‘a criminal law issue’ in South Australia?

The State Government is reviewing SA abortion laws and wants your opinion. 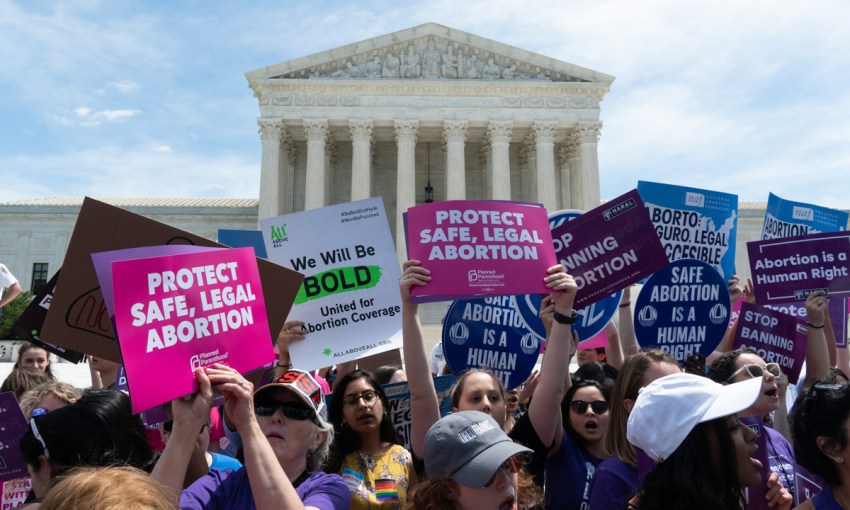 The incredible assault on abortion rights in Alabama has brought the issue into sharp focus around the world.

Last week, an all-male group of Alabaman senators passed a bill that could severely restrict abortion in that state, making no exceptions for rape or incest, and threatening doctors who perform abortions with a potential 99-year prison sentence.

Abortion rights are safe in South Australia, but this is an opportunity to greatly improve a pretty shitty law. Complete the SALRI abortion law survey here. The survey closes at 5pm on Friday, 31 May.

You can also read South Australia’s abortion law as it currently stands here.

The law will not take effect for six months and is likely to be challenged many times, potentially pushing the process out for years, hopefully meaning it will never come to fruition.

This fact didn’t dampen the initial outcry though, which rippled from Alabama into the news and social media feeds of many outraged Adelaideans.

“It’s important our state laws keep up with medical advances and changes in social and community attitudes,” the website states.

“SALRI will be considering how the law can be modernised to reflect current clinical practice, and will also look at making abortion a regulated medical procedure under health laws, rather than as it currently is, a criminal law issue.”

This would be a very good thing. Taking abortion out of criminal law would bring us in line with the ACT – the only Australian state or territory where abortion is completely legal and accessible to all women, with the only stipulations being that “Only a medical practitioner may carry out an abortion,” and it must be “carried out in [an] approved medical facility.”

In addition to moving abortion out of criminal law, SALRI’s review is also an opportunity for us to update the other pitfalls of the current law.

For example, in South Australia currently, a woman will be found “guilty of an offence and liable to be imprisoned for life” for trying to “procure her own miscarriage,” unless she gets the all-clear from two – two – doctors. And both doctors must be convinced that carrying out the pregnancy would “involve greater risk to the life of the pregnant woman,” or that the unborn child is at risk of “physical or mental abnormalities as to be seriously handicapped.”

Pregnancies beyond 28 weeks are also considered “prima facie proof that [the woman] was at that time pregnant of a child capable of being born alive,” and so an abortion is then considered illegal.

And this is a small gripe, but the law also seems to suggest at least one of the two doctors should be male:

Compare these again with the ACT’s stipulations mentioned above: Only a medical practitioner may carry out an abortion. The abortion must be carried out in a medical facility.

The State Government survey is an opportunity to help shape the South Australian law to better protect women from the legal ramifications currently associated with abortion, and further safeguard the law against attacks like those seen in Alabama.

But the new law will only reflect our views if we make them known. Fill in the SALRI survey here.