Last year we interviewed artistic director of the State Theatre Company of South Australia Geordie Brookman about the state of theatre in 2017.

CityMag is hosting the first Off Stage after-party for the year on April 28 after Mr Burns. Find more information here.

We posed the question, ‘in a time where entertainment is more readily available than ever, how can theatre maintain relevance?’

His answer: to make theatre more like rock and roll concerts.

After putting on what can only be described as the most affecting and thoughtful outdoor arena spectacular ever with The Secret River, which saw thousands of people flock to the Anstey Hill Quarry to see the company’s fastest ever selling show, it would appear that the new formula is working.

Rock stars put on amazing shows, yes, but they also know how to party.

Enter Off Stage, a revamp of State Theatre’s Red Carpet youth engagement program which, according to marketing coordinator Cat Turner, could give people the wrong impression.

“Red Carpet gave off the wrong idea… I think it freaked people out a little bit,” she says. “It seemed very serious, people thought they had to dress up, they didn’t really know what the deal was … Off Stage is just more chilled.” 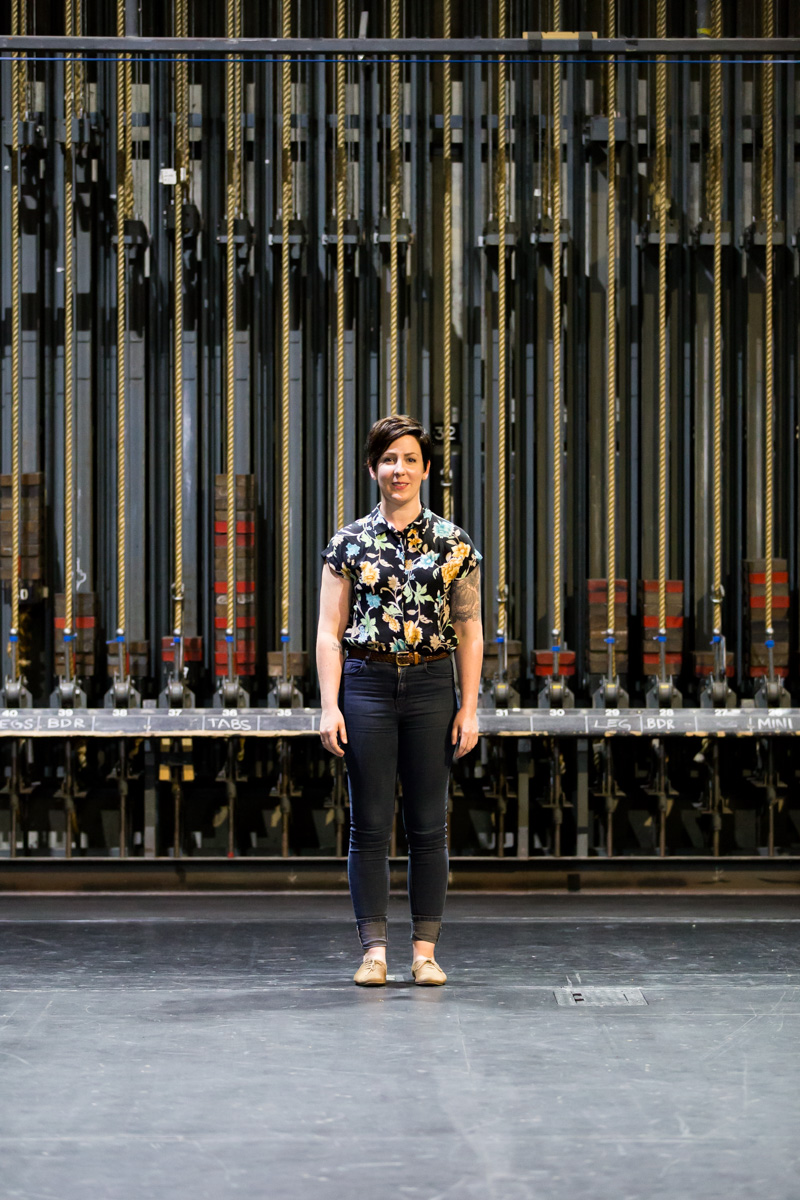 With this new initiative, State Theatre have taken the age old idea of dinner and a show, flipped it and reversed it, and put it in more comfortable pants.

“Basically, you come for the show and stay for the party,” she says. “I guess what we’re trying to do is breakdown and do away with the idea that theatre is boring and expensive and stuffy and high-minded. You don’t have to understand theatre conventions or be a ‘theatre person’ to come along and have a great time.

“Part of what we’ve done is make it a lot slicker. When you book a ticket you just add a pass to it, and that’s kind of it … you don’t have to do anything difficult or special.

“And then after the show you flash your pass and hop on a bus to a secret location and have a party. The drinks are on us. The food is on us and you can meet and mingle with the cast and crew and have fun with it.”

Off Stage works as a concept because it, like State Theatre’s 2017 season, doesn’t do away with what is at the heart of the theatrical experience. The program still puts seeing something visceral, challenging and thought-provoking, at the centre of the experience, but then updates the ritual and context that surrounds it.

“The great thing about theatre is that everyone experiences it differently and … there’s something about seeing something live,” says Cat. “You feel it in a way you don’t really get anywhere else. Off Stage is a space to go have a drink and talk about it and dissect the work.

“And that’s how I’ve always experienced theatre and I think more people would get more out of it if they realise it’s more than ball-gowns and dry old works that no one wants to watch anymore.”

The program also works to keep the people of Adelaide engaged with the arts throughout the entire year.

“March finishes and I think people just have this misapprehension that after festival time there really isn’t anything else? Which is so not the case,” says Cat. “And that’s the point of Off Stage, to remind people that there’s life outside March. That it’s not just tumbleweeds and dust.”

And it is more than tumbleweeds and dust, it’s rock and roll.