Dance, ethical costumes, and the end of the world

Concrete Impermanence will show at Adelaide Festival Centre‘s Space Theatre from May 17 to 18.

It’s a significant pairing of Adelaide minds, coming together over a bundle of shared values. Through costume, sound, sculpture, and light, the piece looks at global disaster, personal interruption, and trauma.

“I’ve always been keen to be involved in any artistic collaboration, and this is a project that is really exciting,” Anny says.

“I think the performance is an extension of Alison’s philosophy, and because it is such a huge part of her, personally, it’s a really personal project. Her values are sort of being injected into every element of it. It’s an extension of values.”

Because the work takes place in a kind of post-apocalyptic landscape, Anny’s designs fit.

“The work needed clothes rather than costumes,” says Alison. “Usually I work with a costume designer where the outfits are kind of more sculptural, more fantasy land. But in this particular work I felt it needed clothes.”

The pair are working to a colour spectrum of blues and greys within the existing Good Studios range.

“Because we’re not setting up a post apocalyptic set, there is a spectrum of colour that trigger. It is a very conceptual idea. As the idea developed, we pulled the costumes back into the greys and blues, which really adds to the bleak element that’s there,” says Anny. 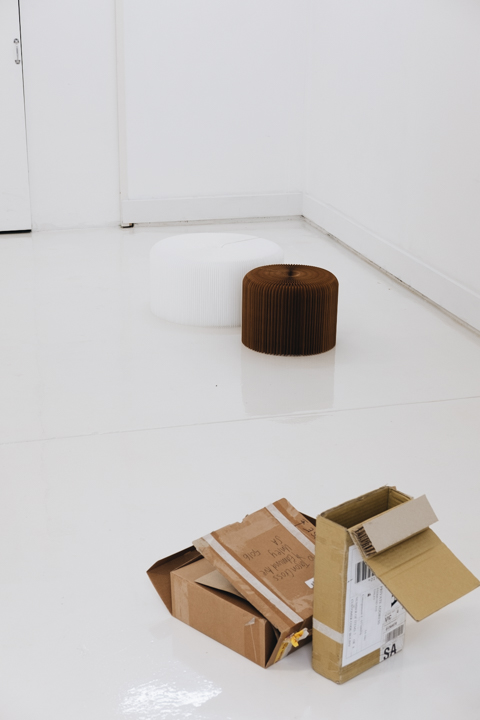 A nod to the cardboard structures made in relief of Christchurch’s 2011 earthquake, the dancers will also be working with and amongst expandable cardboard furniture by Canadian design company, molo.

“At one point we were going to create completely new pieces that match with the cardboard colours. As the concept changed, we found 95 per cent of the pieces from existing ranges, but it’s just sort of worked out that way,” says Anny.

“I think one of the reasons why Alison reached out to me was because she’d already flagged pieces that were going to work with what was in her head.”

Beyond the visual, the performance also strives to be fully accessible for deaf and hearing impaired audiences.

The piece will feature an LED screen that reacts to the sound score, giving a visual description of the sound. Alison is also working with Access2Arts and audio describer, Lara Torr, to develop the script for audio description.

Concrete Impermanence will premier in Adelaide Festival Centre’s Space Theatre from the 17th to the 18th of May before touring across Australia.