A STEM tour reshaping the way you see the city

‘Science on the Streets’ is a roving lecture journeying through the CBD’s streets and laneways with pitstops – such as Old Parliament House and Adelaide Botanic Gardens – inspiring participants to see Adelaide in a new way. 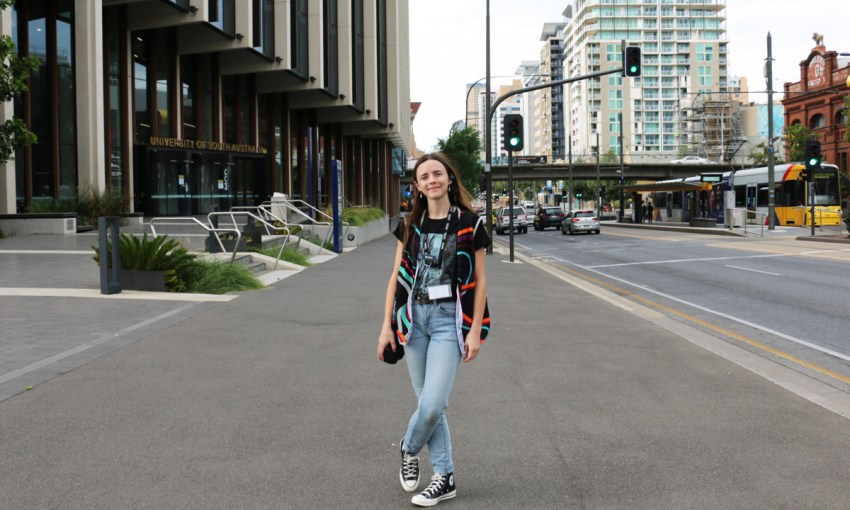 At one of last year’s Science on the Streets tours, a group of retired professors attended the event.

Instead of keeping quiet and listening, they actually taught the tour guides – who are volunteers – a thing or two about the city.

“They had deep knowledge and the moderators had to step back and ask questions,” futurist and director of the University of MOD. Kristin Alford tells CityMag.

“Whereas another week, we had a large family group come in. It’s always very different dynamics.”

(We also toured the centre’s new-fangled multi-gallery exhibition INVISIBILITY that day, which you can read about here.)

The idea for the roving two-hour STEM tour originated at last year’s National Science Week, with the researching efforts of Year 10 and 11 students forming the bedrock of the tour’s factual information.

That cache of information has since expanded with the help of experts, including directors of the city’s most prominent research and arts institutions, as well as Aboriginal elders.

How do you encourage people to take notice and observe the world?
—Lisa Bailey

While the content of the tour has developed, its underlying aim has remained — to impart knowledge upon city wanderers. The guides hope to inspire participants to look at the postcode 5000 in a different way.

“North Terrace is seen as our cultural boulevard, and at MOD. we like to think of science as a form of culture, [but] it is often put to the side,” Kristin says.

“Thinking about how we might have an audience experience science as a cultural activity was really the driver, and the other thing just being that thread of so many interesting institutions are along North Terrace that do talk to science. So how do we make them more visible?”

Participants will learn about the centres and organisations driving the city, such as the Adelaide Botanic Gardens, Royal Adelaide Hospital and SAHMRI. But punters will also learn about the wildly interesting characters that fill the physical structures.

Characters such as SAHMRI residential artist Helen Pynor, who we’re told she has a penchant for DNA.

“She was really interested in looking at DNA technologies and where the edges of our bodies are, because there’s this idea that, actually, we’re breathing out our DNA all the time,” Lisa says. 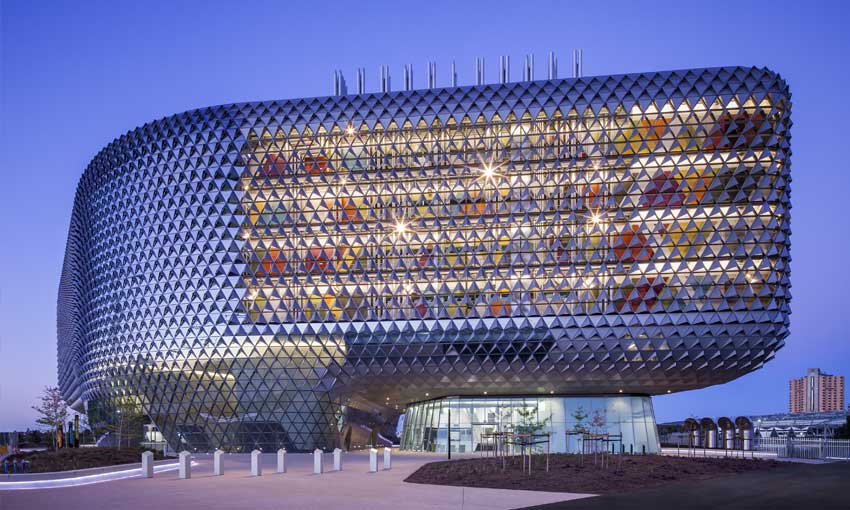 How much do you know about the big ol’ cheese-grater?

Although contemporary knowledge informs a lot of the tour, Kristin and Lisa also wanted to examine the city prior to colonisation. They approached Indigenous community figures, such as Kaurna elder Uncle Lewis O’Brien and Kaurna cultural leader Karl Telfer for insight.

While they offered scientific factoids about what the land before settlement, they also posed a whole new framework for viewing and understanding the city.

“Uncle Lewis left us with lots of puzzles in terms of observing and questioning and unpicking things that look weird,” Kristin explains.

“That’s part of the approach that our team is taking, is to pose these questions and get people to unpick things.” 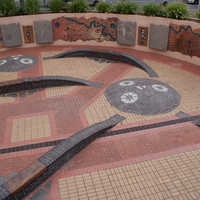 One piece of inspiration for the unpicking of common understaindings of the city was ‘Yerrakartarta’, a public artwork situated out front of the Intercontinental Hotel.

The piece, installed in 1995 and created by Darryl Pfitzner Milika and Kaurna and Ngarrindjeri artist Muriel van der By, is derived from the Kaurna word ‘yirrakartarta’, which speaks of the idea of formlessness.

“That was almost a provocation – can we encourage people to find some randomness along the walk?” Lisa says.

“Uncle Lewis pointed out the brickwork in old Parliament House. It’s not a set of even brickwork, like you’d see in the tiles in the gallery there, and I’ve never looked at that in all my years of living in Adelaide.

“That’s this whole provocation – how do you encourage people to take notice and observe the world in a way where you’re actually taking it in and noticing things?”