What could be better than driver’s month?

In response to the City of Adelaide's planned driver's month this November, CityMag reached out to four CBD business owners for their take on the idea aimed at bringing patronage back to the city, and how they think it could be done better.

“This isn’t something anti-bus or anti-bike,” he says, “it’s about asking members of the public to reconsider coming back into the city.”

Late into that Tuesday night meeting two weeks ago, councillors not affiliated with Team Adelaide fought against the motion. Councillor Robert Simms said it was “loony” and “needs to be opposed”.

The following day, our sister publication InDaily published an opinion piece from editorial director David Washington, titled “This might be the most stupid decision in the city council’s history”, which spurred an inundation of correspondence mostly in agreement with David’s assessment.

The motion might be a bit more controversial than Jessy thinks.

Driver’s month intends to help businesses in the city doing it tough because of COVID-19.

Making the city more favourable to car owners, by offering the chance to win $100 parking vouchers for people who use the Park Adelaide app and requesting that the state government increase speed limits in the parklands to 60km, will lead to more people in the city. Or so the thinking goes.

CityMag wholeheartedly agrees that more people in the CBD will mean more dollars in the tills of our favourite city shops and venues. We just don’t think a month of increased traffic is the way to do it.

In our six and a bit years of reportage in postcode 5000, we’ve known Adelaide traders to be a smart and forward-thinking bunch, and so we reached out to a few of them to get some alternative ideas for the city’s recovery.

EcoCaddy
Environmentally friendly transport in the city.
Keep an eye on socials for when they’re offering rides.

Daniels Langeberg only needs three wheels to get you where you want to go. Picture: Johnny von Einem

It’s a knee-jerk reaction, Daniels tells CityMag, and the City of Adelaide should focus on developing patterns of behaviour with long-lasting effects, rather than short-term experiments.

“Doing something over a month isn’t going to help, particularly if there’s no long-game,” Daniels explains.

“I would like to see Adelaide City Council go ‘Okay, well, we need to activate the city, so let’s spend the money in working out how we can work with public transport, make cycling lanes that are temporary that that get people in and out of the city really easily.’

“The good thing is that we have great cycleways through the parklands to do that. We need to be able to show people how they can use those cycling lanes to get into the city so that needs to be a part of the promotion.”

Daniels points out that during the pandemic bicycle sales have spiked.

Cities around the world responded to the popularity of the hygienic transportation option by establishing temporary bicycle lanes, such as Paris, which created 650km bikeways. It’s only natural if you’re on a bike to take in the scenery, Daniels said, and support your local shop or pub as a pit stop.

Councillor Robert Simms suggested temporary bike lanes multiple times over the last few months in council, but received no support. Daniels would like this idea to be seriously considered.

Second-hand boutique owner Emily Sheahan thinks COVID-19 exacerbated an already existing issue with the CBD – too few visitors – and driver’s month is too reactionary and not revolutionary enough.

“There wasn’t really that many people coming into the city generally [and] now that’s highlighted more because people are staying at home or accessing things online,” Emily tells CityMag.

“What needs to happen is that the city needs to look at being a destination, not a drive-through. There needs to be something experienced and something gained for it.”

Emily says the City of Adelaide needs to change the way it’s looking at the problem – instead of focussing on instant results, think of the future. She would also like to see better relationships between business owners and tenants developed, so niche operations can take the punt and open.

Giving people more reasons to visit the city is what will work, Emily says.

“It should be a hub and a place where you go and includes restaurants and bars, shops and different galleries. That’s the makeup of a CBD.” 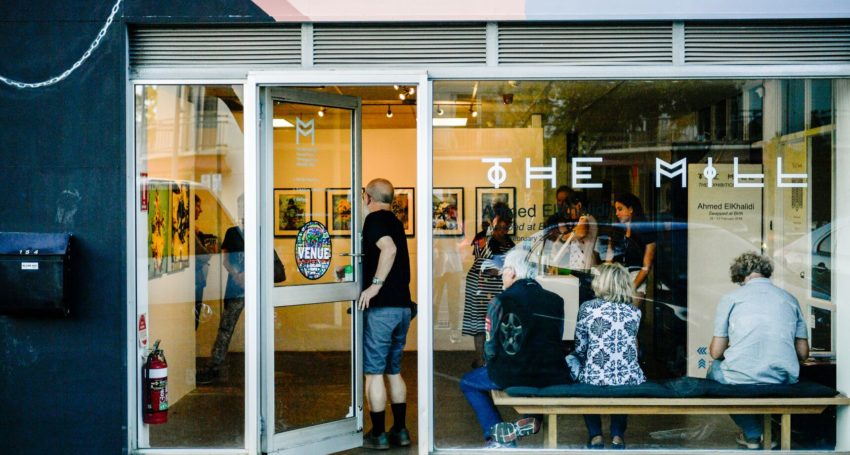 The Mill before in a time before social distancing. Picture: Morgan Sette

Tim Watts speaks on behalf of the 40 studio artists located at The Mill, and says most of them don’t drive to work.

“While we’re supportive of any initiative to increase accessibility to the city, driver’s month isn’t beneficial for us on that level,” Tim says.

“Also, driving isn’t stopping people from coming to the city. They’ve got to do something when they get here.”

Like Emily, Tim believes the City of Adelaide shouldn’t look at this problem with tunnel vision.

He suggests local government should continue to develop the city’s offerings, such as arts and culture, as suggested previously by Emily and Daniels.

“I’m also curious about what effect driver’s month will have on the hospitality scene,” Tim adds.

“They’ve been hit hard by the pandemic, and surely individuals looking to enjoy these places wouldn’t drive.” 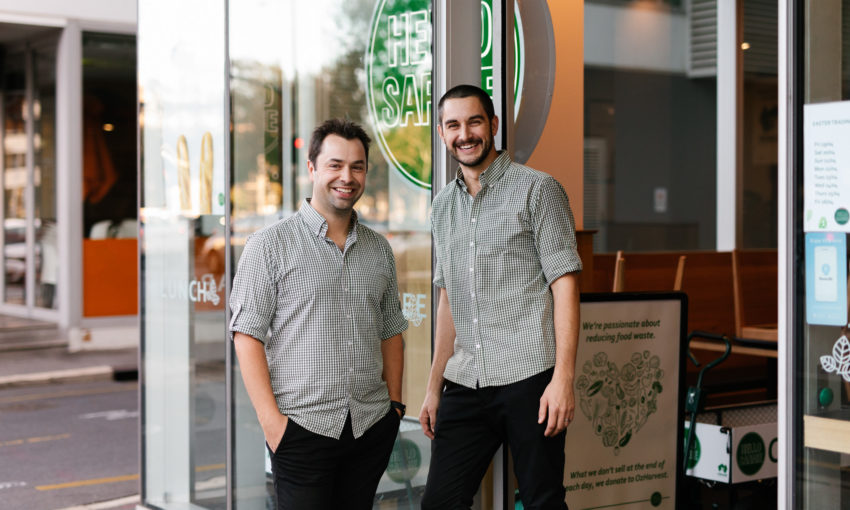 Sandwich savant and co-founder of Hello Sarnie, Andrew Pearce, understands the City of Adelaide is under an immense amount of pressure to support businesses right now, but he’s unsure driver’s month is the best solution.

“On one hand, I really respect Adelaide City Council for trying to do something and looking at ways to do something – they’re not just sitting on their hands,” says Andrew, who cycles into the city.

“But on the other hand, my question would be, have they gone about it in the right way?

“Have they spoken to the business leaders, the people within the CBD?”

CityMag asked Jessy Khera how he came to the driver’s month conclusion, and he said he had conducted ongoing consultation with business owners surrounding “cheaper” and “easier” driving and parking options over a number of years.

This motion was in response to that, he says. But Jessy says he did not consult with any business owners about driver’s month.

Andrew recommends the City of Adelaide and councillors speak to business owners – also visitors and students, who have been left out of this discussion – about how they access the city.

They should form ideas based on research and development, rather than hunches, Andrew says.