The City of Adelaide is undermining its environmental gains

A month after announcing a move to 100 per cent renewable energy, the City of Adelaide has supported one motion to encourage more cars to enter the city, and another that will see the council take a stance against climate activists Extinction Rebellion.

On Tuesday night, five hours into a seven-hour Adelaide City Council meeting, councillor Jessy Khera proposed a motion for a dedicated driver’s month in November. The motion was supported by the council.

The motion aims to attract people to the city to support businesses, and includes a raft of initiatives like banners hung over major roads and $100 parking vouchers as lottery prizes.

Khera said the motion wasn’t “anti-bike or anti-bus”, but the “lifeblood” of patrons visiting in the city do so in cars, and need to be supported.

“We need people going to our businesses. That is what this motion is about.”

The most recent survey of city users by the City of Adelaide, from 2018, found 36 per cent of city users travel to the city by car, while the greater proportion of city users opt for alternative forms of transport, including buses, trains, trams, walking and cycling.

The motion seems to contradict the environmental aims of the council, which last month announced it had successfully organised to run on 100 per cent by renewable energy through a power purchase agreement, and which still states on its website an intention to become “one of the world’s first carbon neutral cities.”

The Carbon Neutral Adelaide page includes advice to city users to “Make your travel to, from and around the city greener and more active or consider an electric vehicle.”

“We have a bikeway that is yet to be completed, we fail to appropriately invest in alternative forms of transport, and this council has spent inordinate amounts of time talking about car parking and obsessing about cars,” Simms said.

Cycling SA CEO Lachie Ambrose told CityMag he was surprised by the plan, as it contradicts what most cities around the world are doing.

“Having cities, which are accessible by everybody, is a pretty important step [to activating spaces and increasing visitation],” Ambrose said.

“One of the biggest detriments to people wanting to visit the city is them having to sit in traffic, so encouraging people to find new ways where they can avoid traffic is a pretty important step for the city to increase activation.”

Every month in Adelaide is arguably driver’s month; as InDaily reported earlier this year, the Adelaide CBD has the most abundant and cheapest car parking of any Australian capital city. South Australia also spends least amount of its road funding on cycling infrastructure nationally, tied for last place alongside New South Wales at 0.6 per cent of the overall dollar amount spent on roads.

“The Heart Foundation today bothered to write to the City of Adelaide… to oppose this motion directly,” Donovan said.

“At the moment, they’re in a car, for better or for worse,” Hyde said. 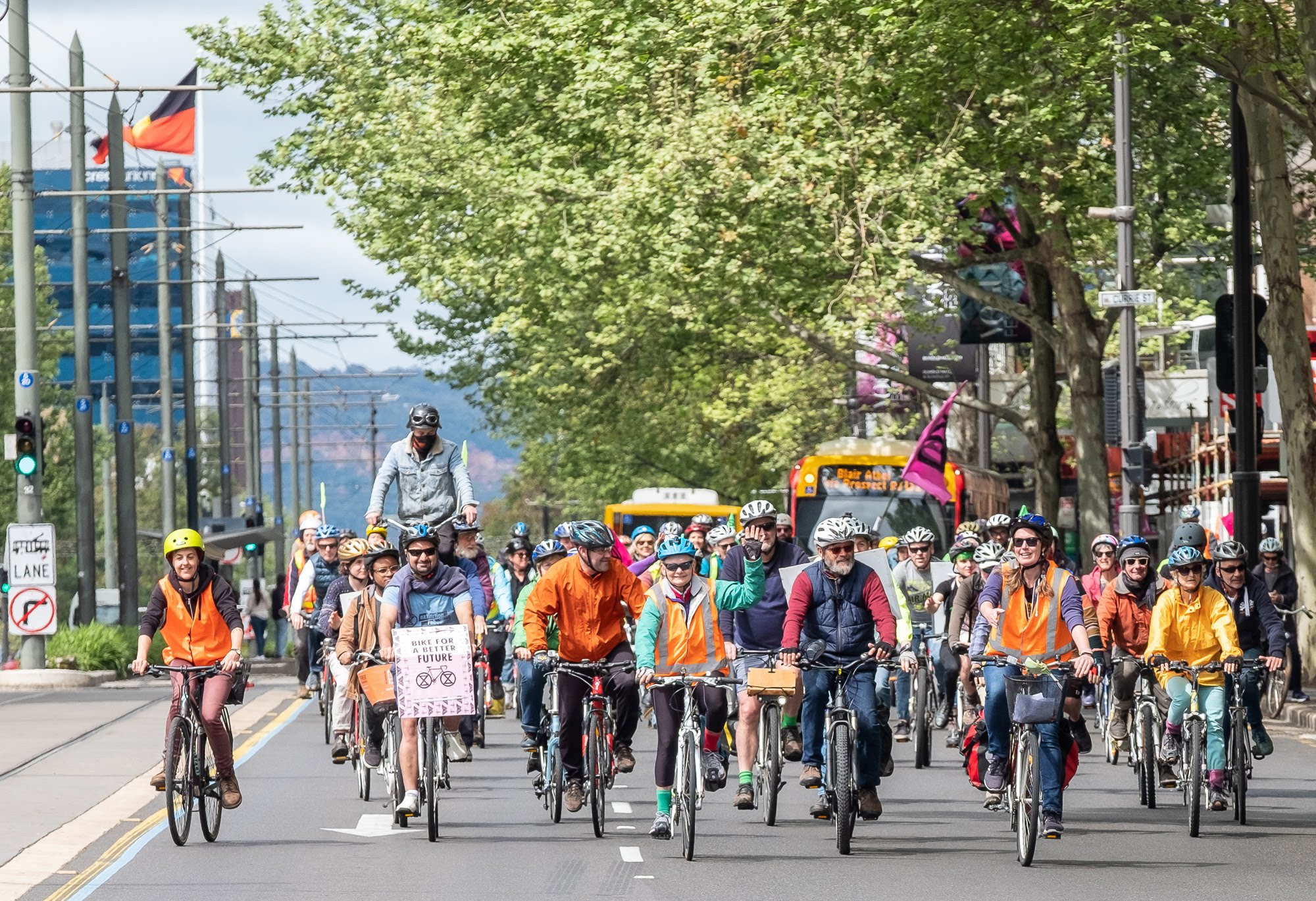 The proposal pitched for the council administration to establish an “action plan” with SA Police and other emergency services when “illegal acts of civil disobedience do occur” by the group, Hyde said.

“When it’s peak hour, and every minute that traffic is gridlocked within the City of Adelaide is another minute that literally tens of thousands of people are late to work,” he explained.

“Having a proper policy in place or a strategy in place to manage this, we can hopefully take less than three hours to remove someone from the road – we can take one hour. In doing so, saving 100,000 people many hours and many benefits.”

Moran labelled the idea as belonging to a “far-right, crazy brand of politics”, and predicted the motion would pass “because they’ll bloc vote,” referring to the Team Adelaide voting bloc – a conservative faction of the council we’ve written about previously.

A spokesperson for the South Australian branch of Extinction Rebellion told CityMag the group will continue to protest until their “demands are met”.

“Last August the council declared that climate breakdown is a national emergency,” they said.

“An emergency-level response requires all hands on deck, not picking fights with protesters.

“SAPOL are more than capable of doing their job. The Deputy Lord Mayor should focus on doing his.”