Rundle Mall’s infinite playlist: The politics of busking in the retail strip

As Rundle Mall's soundscape of street performers, pop-up retailers and food stalls becomes busier, relationships between buskers and businesses are being tested.

It’s a miserable day on Rundle Mall when CityMag visits. The sky is grey and rain is imminent.

The song is coming from a small amplifier, tucked away in a pram in the middle of the walkway.

A woman wearing a flower crown, blue Asics trainers, a velvet track jacket, a long floral skirt, and brandishing two vibrant fans, dances in front of the pram to the (admittedly tinny) tune.

“I’m grieving the loss of my dear Max [and] just keep doing what we used to do together,” we read on a sign attached to the pram, while the dancer twirls coyly.

Tory Westley has worked as a sales assistant at grab-n-go flower stall Flower Depo in Rundle Mall for about a year and says this is her favourite busker.

There are definitely some street performers she doesn’t like, though.

“I have been enjoying the new buskers a lot more than the old buskers,” she tells us, while arranging a bunch of brightly coloured chrysanthemums.

“Hearing the same thing all day every day for about eight months straight got a bit repetitive.”

One busker Tory recalls – who CityMag has decided not to name – would perform children’s songs for hours on end without ever throwing new music into the mix.

Tory says she almost lost her mind listening to the same set again and again.

“I heard him a couple of times say he has new material and he’s like, ‘Here’s a new song!’ But it’s like, I’ve still heard that song, every day, all day,” she says, laughing.

“But if it really bothers me, I try and put my phone music on loud to try and zone it out.”

In this way, Rundle Mall has become an increasingly contested space.

Not only do pedestrians duck and weave between the bricks-and-mortar shopfronts that line the mall, but the walkway is also dotted with its own retail obstacles, such as the Flower Depo and other stalls, all of whom are vying for your attention. 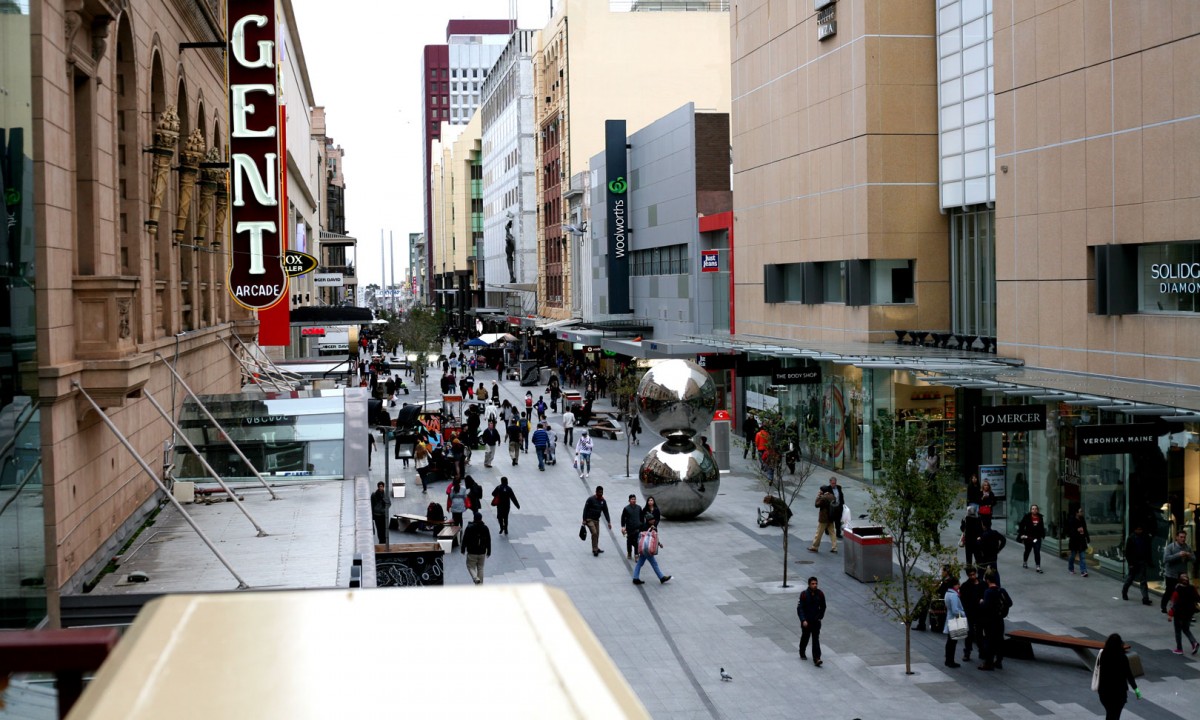 Louder than it looks

Andy Salvanos is a Chapman Stick player who’s performed on the streets for over a decade.

He believes buskers have increased their volumes because they need to stand out amid the bustle.

Because of this, “businesses have probably been more sensitive to it,” he says.

We speak to Andy a couple of days after he posted on the Adelaide Street Performers and Artists Facebook page about a letter received from the Adelaide Economic Development Agency (formerly the Rundle Mall Management Authority), regarding a temporary ban on busking.

The letter says “to support ETC (students) during their exam periods, no busking is allowed in Rundle Mall by the Gawler Place canopy from 7:30am to 6:00pm, 4—6 June 2021.”

According to Andy, the letter is an improvement on what used to happen.

Around seven years ago, buskers would begin to set up, only to be moved on by security who would tell them they couldn’t perform due to special events or occasions – such as the Adelaide Fringe or cultural days.

Now, at least, they’re informed in advance. But it still bothers performers like Andy.

“It’s kind of the thing about where people move in next door to a pub, and then complain that it’s loud on Friday nights,” he says.

“There was one lady who played in Rundle Mall for about 10 years, who is actually originally from overseas. She’s an Australian citizen now.

“There was one lady in an office who used to come out and verbally abuse her because ‘You’re disturbing us’ and ‘You’re always playing too loud’, and there were a few shouting matches.”

General manager of Rundle Mall, Johanna Williams, tells CityMag in a statement, the organisation supports busking because it brings “life, colour and character” to the precinct, and all busking concerns are addressed on a case-by-case basis.

This is “to balance the needs of both buskers and retailers.” 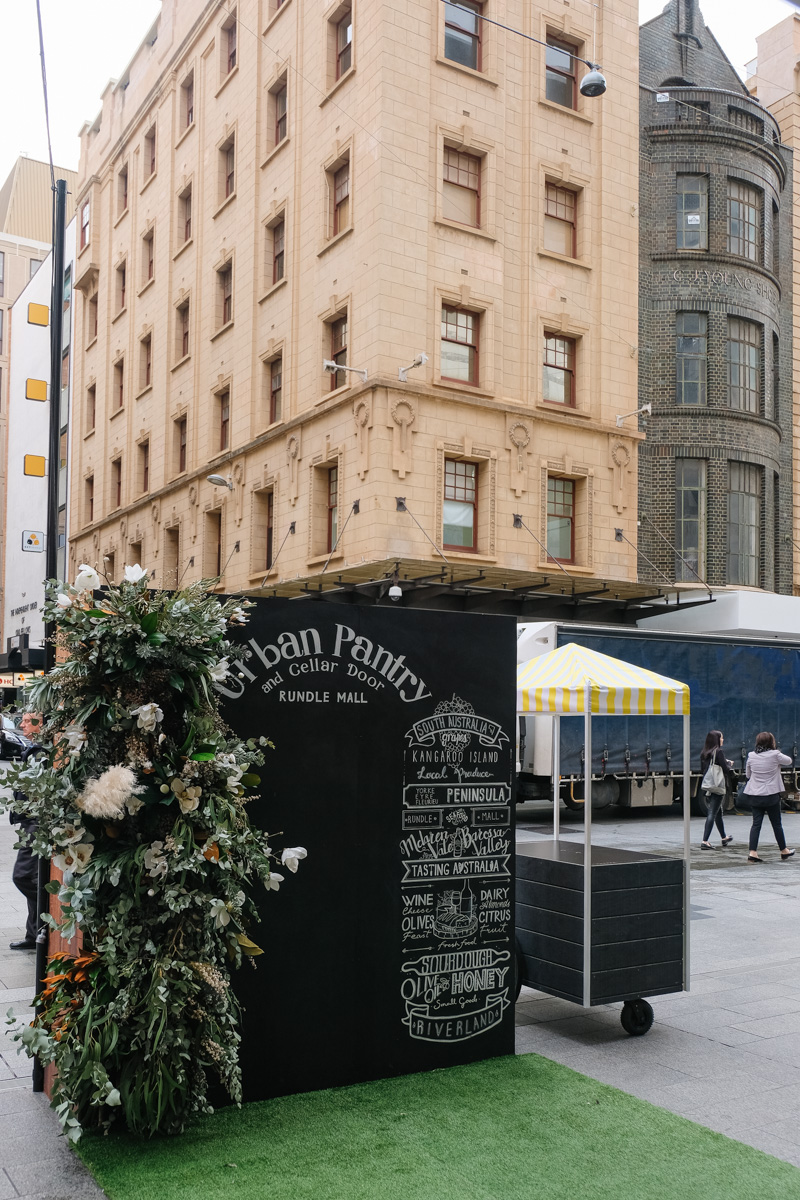 To perform in Rundle Mall, you need to secure a busking permit from the City of Adelaide.

It’s totally free, but there are rules, such as where you’re allowed to stand (which in busking terminology is called a “pitch”), how many people can gather around you, and how long you can occupy your pitch.

Multi-instrumentalist and street performer Jai Lee says a permit allows you 45 minutes in one pitch, but previously the allowed time was only 30 minutes.

These shorter allotments caused tension in the community, pitting busker against busker.

“Some buskers may not be as respectful. They will go onto a pitch and they will stay on the pitch for a very long time,” he says.

“There was also a violinist who used to cause a lot of trouble… because she hadn’t changed her setlist in about 11 years or something.

“Another thing is when buskers get really loud. A really loud busker will kill the pitch beyond them, especially if their PA is facing that [way]. It definitely annoys shops.”

Two Rundle Mall retail sales assistants agreed to speak to us anonymously, and both agreed if the buskers are “musically good” they’d turn down their music and let the outdoor performance flow into their business.

“Some of them are good, really good,” one says, while darting to tend to a customer.

But then again, there are those who are not so musically gifted, the other says.

“The guy who plays bongos sounds like construction work – it just sounds like a hammering. It’s repetitive,” they say.

“I don’t want my name in this story in case I get bongos through my window.” 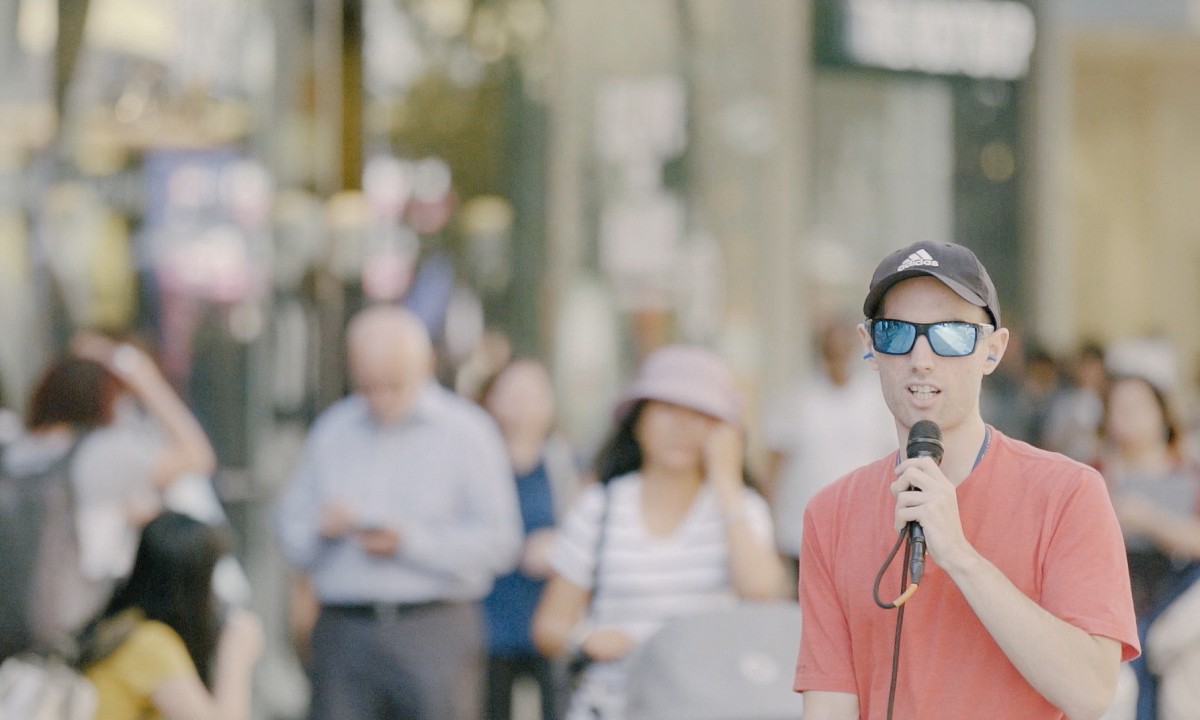 Jai, who claims to have been raised by a street performer and circus dad, regularly changes his setlist and rolls through playing the piano, trumpet and accordion.

Despite the RMMA temporarily banning amps last year, he says his trumpet is louder.

“Ironically, I’m louder now than I used to be with the trumpet,” he says. “They banned amps and I’ve become louder.

“That literally killed a lot of the job prospects for a lot of people, though. They have reopened two amplified spots, but if you don’t want to play in those spots, you might have to find somewhere else.”

Ivana Nesgos has worked as a sales assistant at Sephora for two years. While organising a selection of lipsticks and mascara, she tells us that despite the negativity, she loves it whenever Rundle Mall is full of music from these quirky characters.

“I’ve always loved peeking out and seeing what they’re doing,” she says.

Ivana’s not bothered by increasing volumes or repetitive setlists. She says it’s a nice addition to the ambience of the mall.

Seeing singers and guitarists selling singles and debut EPs also reminds her others are on their own daily grind, she says.

She’s more than happy to be absorbed in it for a minute.