Basketball Man will teach you basketball tricks for free

New York-raised Adelaide Fringe performer Rashaun Daniels, aka Basketball Man, chose to stay in Adelaide during the pandemic. While he's stuck out of work, he's building a community in his temporary home through his love of basketball. 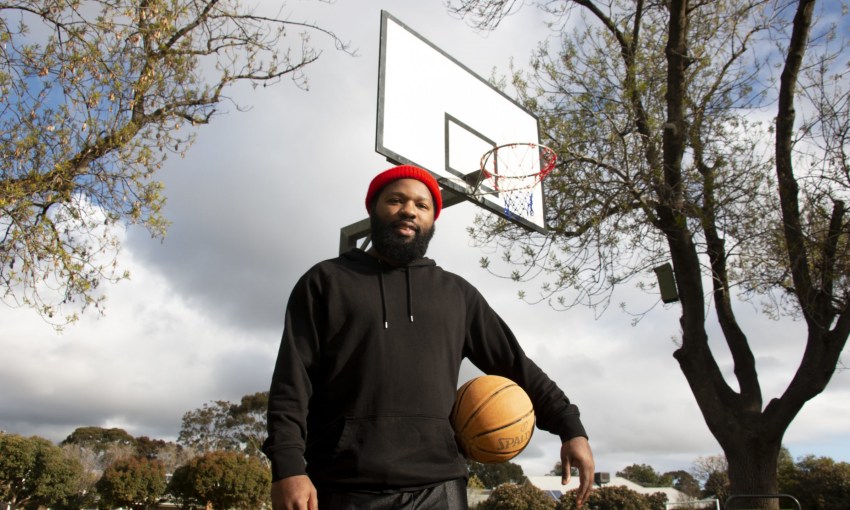 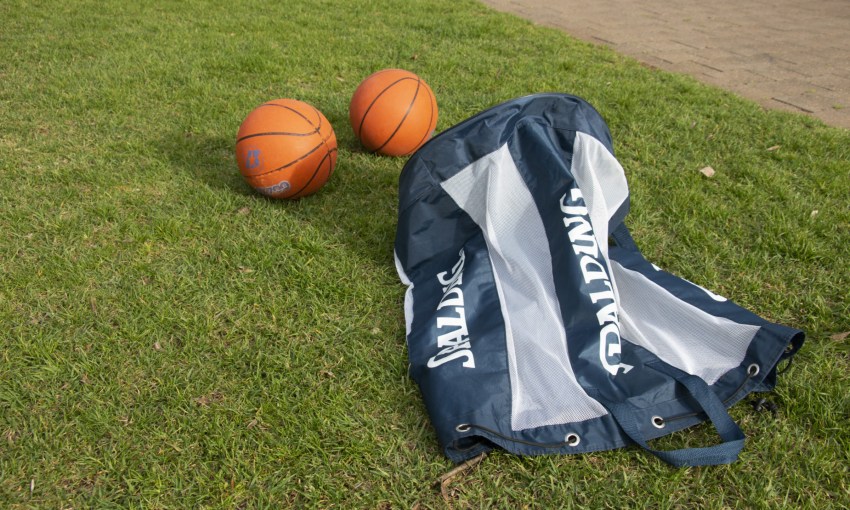 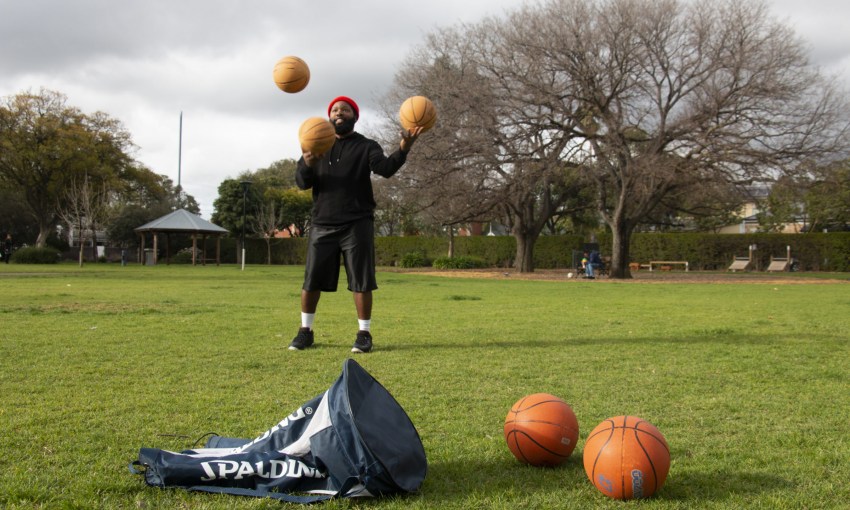 As CityMag speaks to street performer Rashaun Daniels in Goodwood’s leafy Souter Park, the sound of basketballs sliding through netted hoops provides a fitting backdrop for his story, which starts in the US city of Troy, New York.

“Basketball wasn’t a social thing. It was life,” Rashaun says from a bench near the concrete court.

“School wasn’t about learning, it was about playing basketball. And we all had titles. My friends and I were basketball players.”

Rashaun Daniels is a man of many trades.

The Adelaide Fringe performer is writing a memoir, due to be published in the next year, and is also offering free basketball trick lessons to kids every Sunday.

Rashaun performs basketball stunts as a member of 360 All Stars, which travels between the Edinburgh and Adelaide Fringe as an urban circus crew.

But he also has a solo career as Basketball Man, spinning balls on his fingers, and dribbling at dizzying speeds between his knees, while telling with a wide smile the story of how he ended up performing to crowds from Taipei to Amsterdam.

Due to COVID-19, the performer lost a year’s worth of work and found himself applying for visas to stay in Adelaide, a city where he has no family except for his girlfriend.

To keep himself busy while there are no job opportunities, Rashaun has committed to new hobbies, the most time consuming being writing. Every morning he puts on a suit jacket and pants to get into the mood to chip away at his memoir.

“I’ve got all the main scenes down but then there’s more to come.”

Rashaun grew up with three brothers and three sisters in what he considers one of the worst neighbourhoods in Troy, he says.

He weighed just under two kilos when he was born, and his parents were 14 and 15 years old. His grandmother and mother raised him, as his dad was out of the picture.

But across the street from Rashaun’s house was a basketball court, which his Mum liked because it kept him out of trouble.

Rashaun was 10 when he started playing, which is “kinda late in that neighbourhood”, he says, “but I started playing and I didn’t really think too much about it.”

“I played for fun, then it just became what we did every single day.” 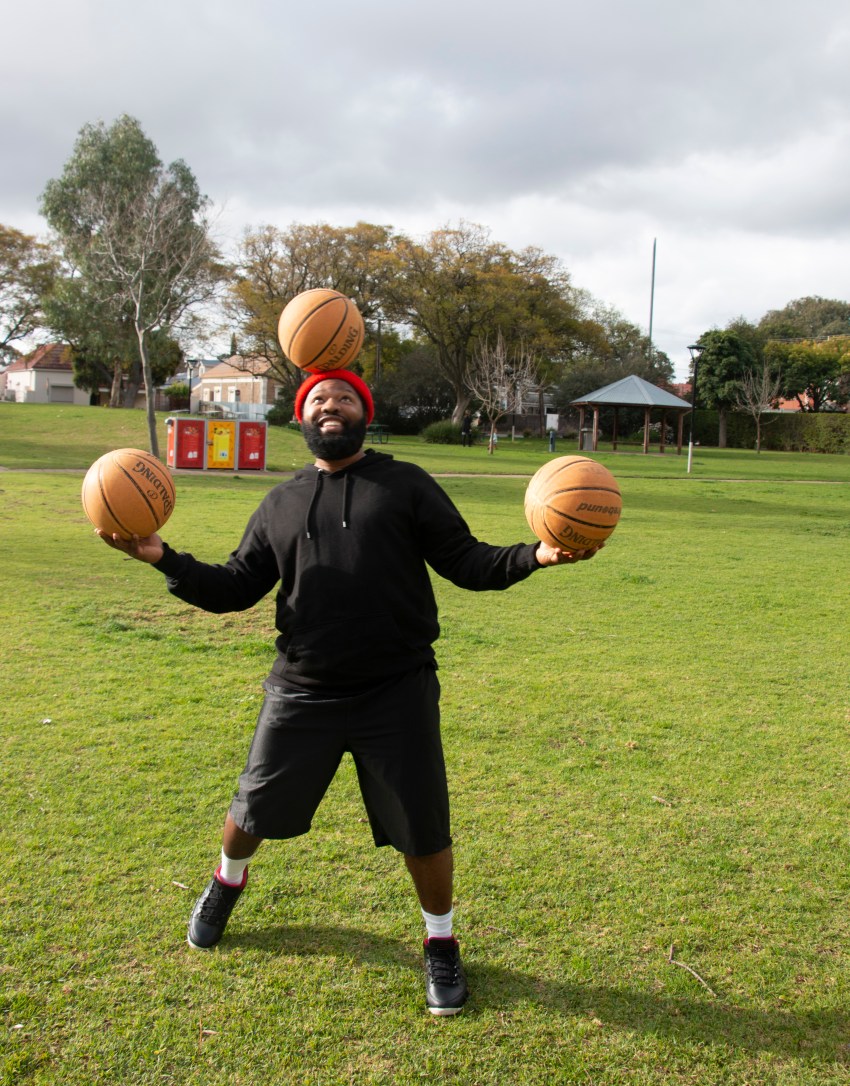 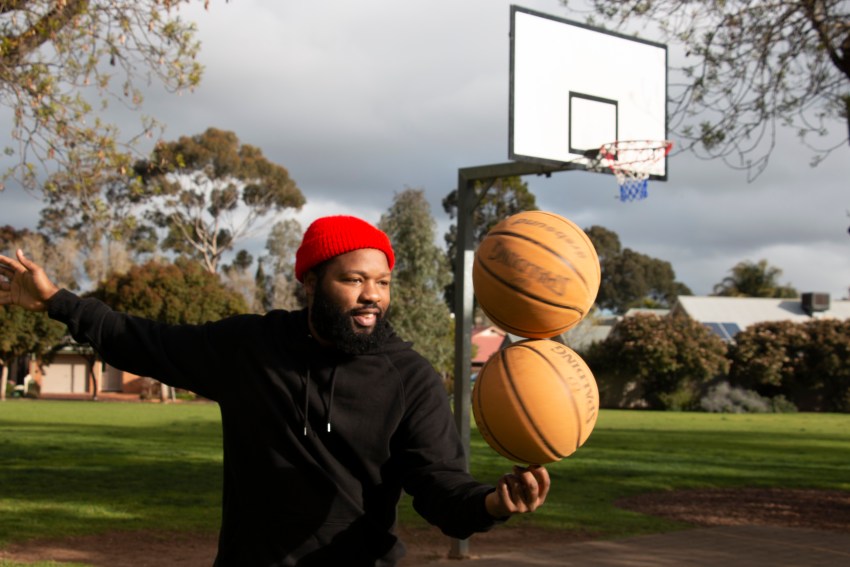 But he also wasn’t satisfied working as a UPS baggage handler and studying at a community college.

At 21 he packed up his life and moved to Waikiki, Hawaii to perform to tourists.

Rashaun performed his basketball routine four hours a day, with a bucket for donations. At night he slept under a palm tree, which he says “wasn’t all bad.”

In 2009, he met Gene Peterson of 360 All Stars and joined the group as Basketball Ban, eventually landing in Australia.

When the COVID-19 pandemic unfolded at the beginning of the year, Rashaun decided to stay in Adelaide. 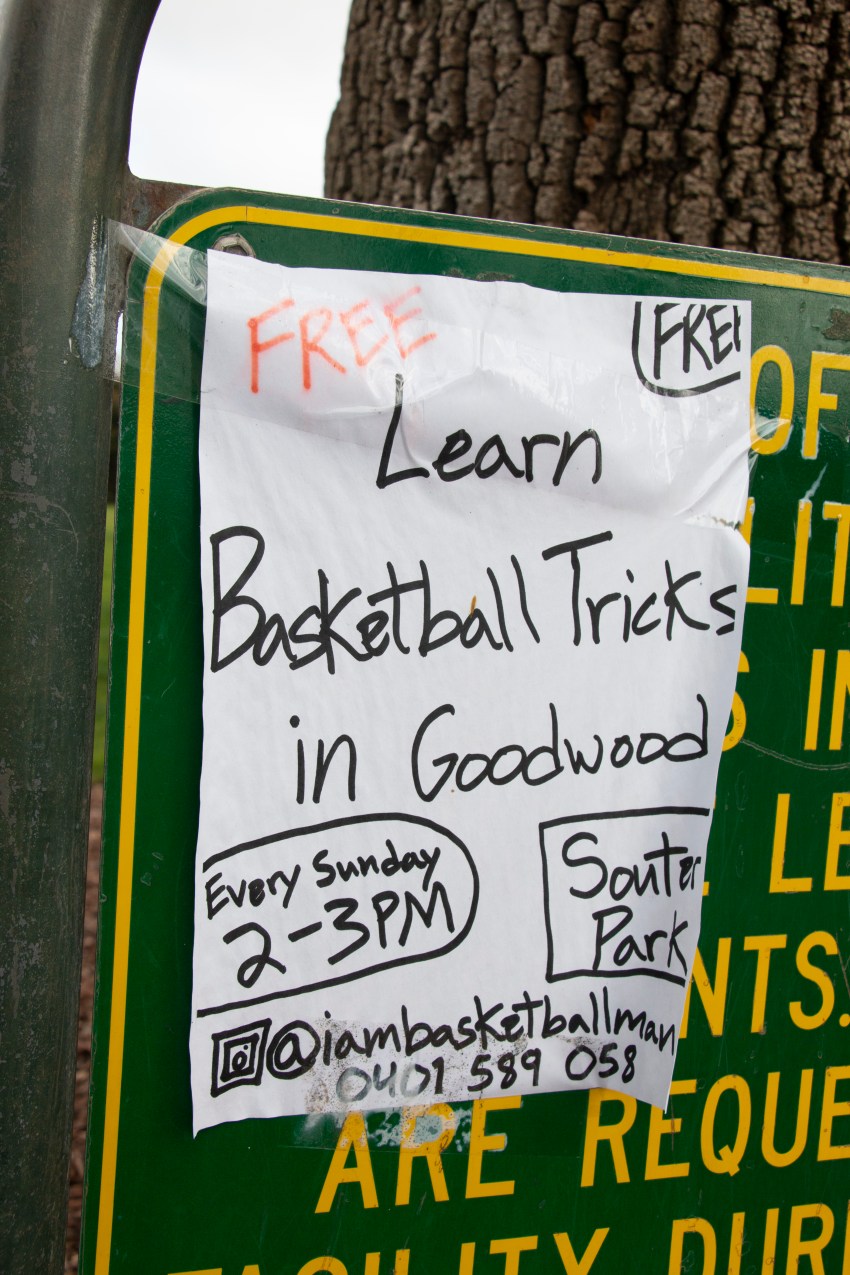 The hand-drawn signs get a thumbs-up from us

One of his cousins in Troy caught the virus and recovered, Rashaun says, and South Australia’s low case numbers reinforced the logic in his decision to stay. The safety that Adelaide provided, however, hinged on Rashaun acquiring a visa.

“Originally, I was supposed to get a performing visa to stay for a full year but then all the visas got cancelled,” he says.

“But then I applied for a visa and got it. I had to wait four months, which was actually a decent thing because it gave me more time, but I didn’t know what was going to happen.”

Although Rashaun misses the stage and performing, he joined a local basketball team, which he says is good because it gets him out of the house.

Every Sunday he also teaches kids in Goodwood basketball tricks for free.

He wants to create a community similar to the one he had growing up.

”My goal with it is it’s a community event,” Rashaun explains.

“But no one else is doing it, and if it’s going to happen I’ve got to be the one.”