A year ago, Yuandamarra Kiely tried to download an email in a rural town in the middle of Australia. After two hours, he gave up.

“The service out there was so slow I actually lost interest in trying to show the websites that actually help out [our] community,” Yuandamarra tells CityMag.

“This was in a community that was determined to have access to modern technology.”

From this experience came the seed of a business idea – a new First Nations-owned telecommunications company called MobConnect.

“The living and breathing experiences of inequality – that’s what we want to address,” Yuandamarra says.

According to a World Vision and Australian Literacy and Numeracy report from last year that explored the digital divide experienced by First Nations students in the age of COVID-19, one in four First Nations households does not have internet access at home.

In addition to this, in May last year more than 100 Indigenous people were found to have been the victims of “unconscionable conduct” by telecommunications giant Telstra, according to the Australian Competition and Consumer Commission (ACCC).

The ACCC found Telstra breached consumer law between January 2016 and August 2018 when sales staff at five stores signed up 108 Indigenous customers to post-paid mobile contracts they “did not understand and could not afford”.

“Sales staff in these Telstra-branded stores used unconscionable practices to sell products to dozens of Indigenous customers who, in many cases, spoke English as a second or third language,” ACCC Chair Rod Sims said in a statement last year.

The company was fined $50 million.

Husband and wife duo Yuandamarra and Nadia Kiely of Red Centre Enterprises know First Nations customers are entitled to much better treatment, and through MobConnect, which is a social enterprsie, they want to correct the industry’s wrongs. 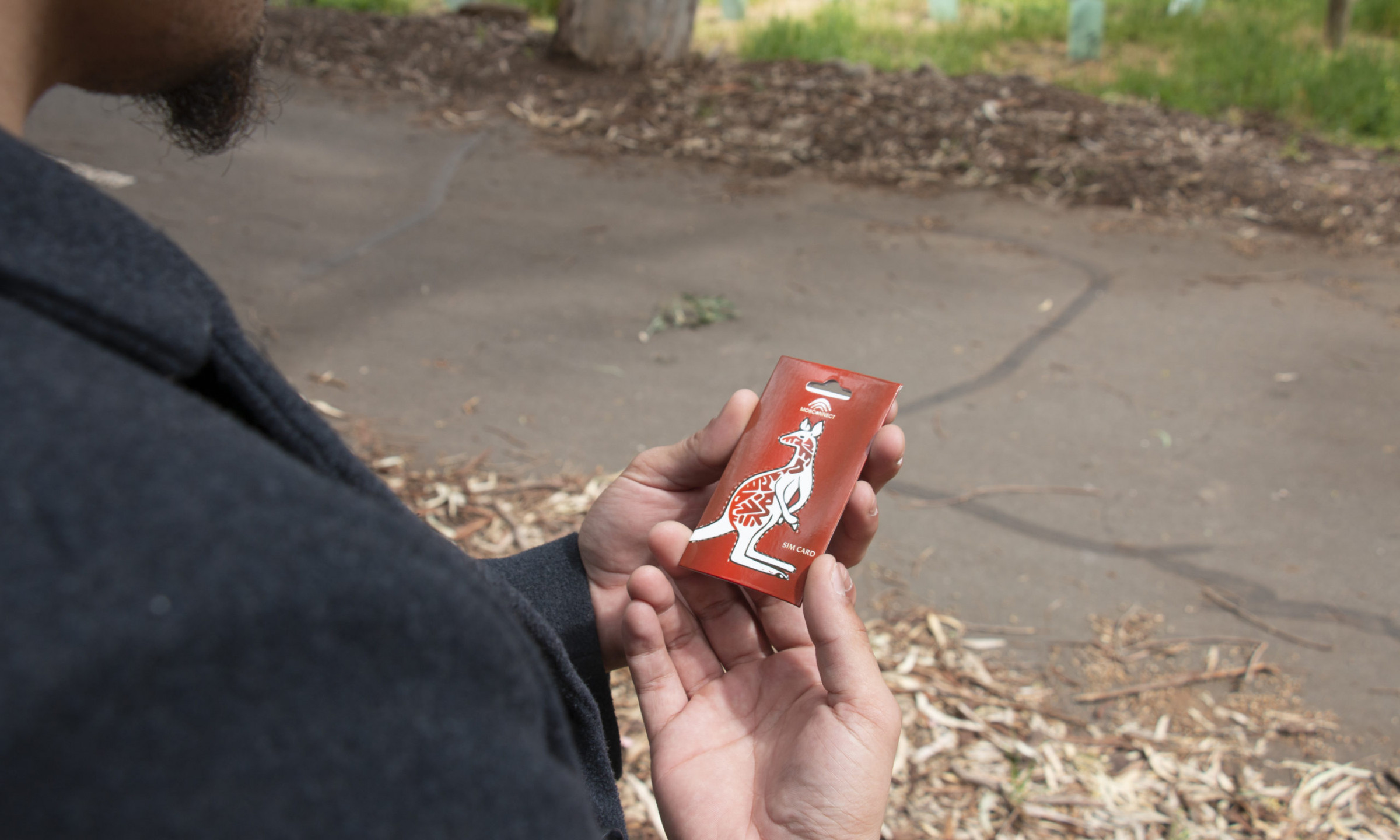 “MobConnect is the first Aboriginal telecom in Australia, and is a collaboration between Aboriginal and non-Aboriginal people to help close the digital divide,” says Yuandamarra, who’s previously told CityMag he likens his heritage to a “blackfella that goes the way the wind blows”.

“This is a new journey for Aboriginal communities and elders, and it’s exciting that for the youth there’s a connectivity there between the two.”

There’s a generation there, if they are given the right tools, they will create beautiful things.
—Yuandamarra Kiely

Although the company is still in its infancy, MobConnect’s services span mobile phone plans, NBN and fibre. They want to connect those living remotely with internet and phone services, and, importantly, not push unnecessary services on people.

Building off some of MobConnect’s early corporate clients, the team has managed to have their sim cards on sale at the Adelaide Airport, meaning people flying into the country can support the business as soon as they touch down.

As a social enterprise, half of MobConnect’s profits will be forwarded to other First Nations projects addressing digital inequality (in areas such as education, health and wellbeing), as well as programs fostering First Nations entrepreneurialism.

Junjardy is the company’s first employed trainee and is learning about the world of telecommunications five days a week, while completing a business and administration course at Integrity Business College.

He’s the first example of MobConnect’s ambition to give Aboriginal and Torres Strait Islander people work in the tech sector.

Although Junjardy admits not coming from an IT background, he’s happy for the opportunity.

“It’s a bit of a shock – but it’s so cool. I’m slowly learning and weaning myself into it,” he tells CityMag, smiling. “I like using my brain.” 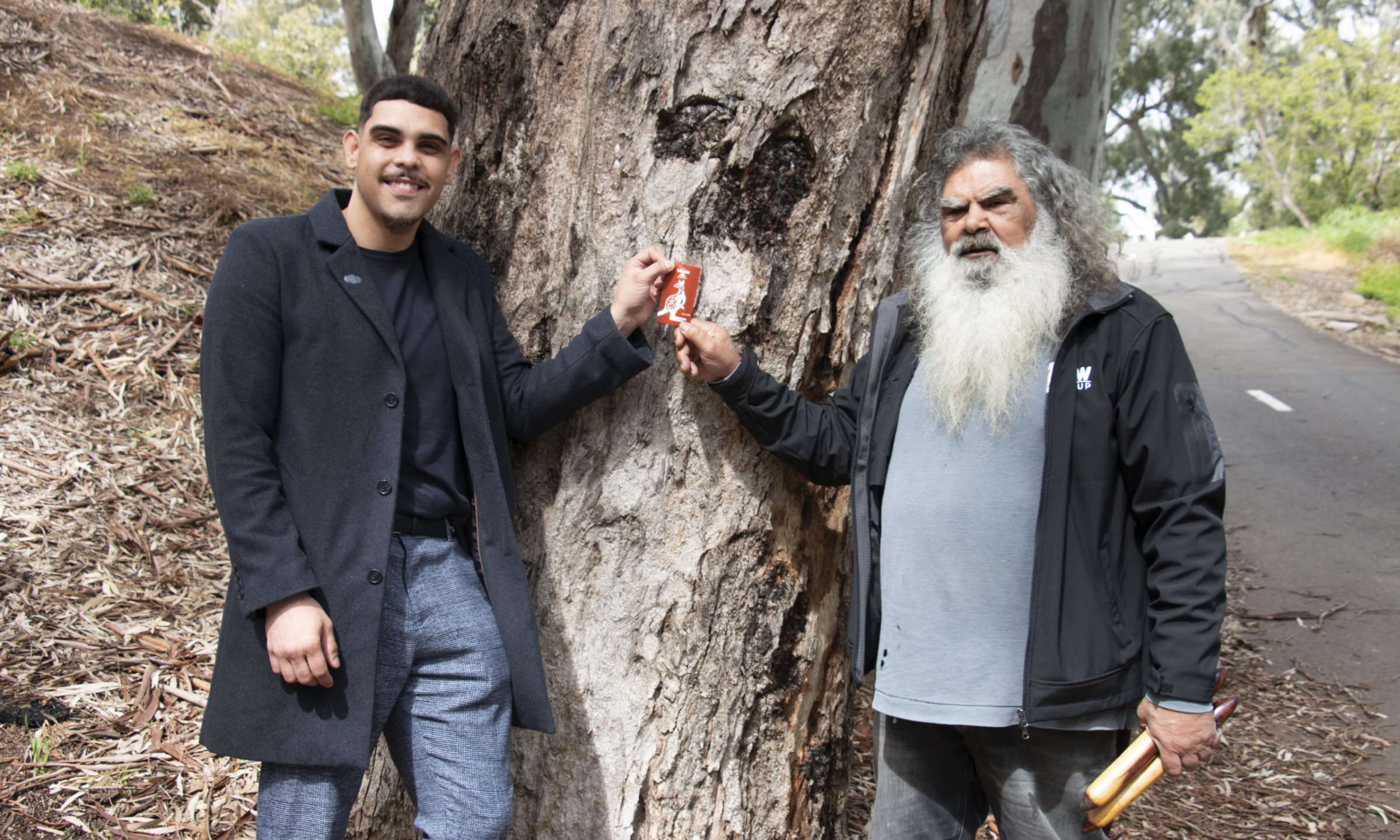 “We thought we could partner with a company who could provide that while still retaining 50 per cent ownership in the business for the Aboriginal side of it,” Andrew says.

He’s worked nationally and internationally in technology and IT sectors for two decades, and says Australia’s mobile coverage is “terrible”.

“Ernabella, those areas up there, they’ve got schools, they’ve got roadhouses, they’ve got all sorts, and a community of people living there, and their connectivity is terrible,” he says.

“The year is 2021, not 2000. They may as well have dial-up because it would be more successful, probably, than what they get today.”

The initial set-up cost for MobConnect in some regional and rural communities may total $20—$30,000, and there will be an ongoing monthly cost, which Andrew expects the community will pick up. The benefit for that monthly cost, though, is a higher quality service.

Yuandamarra plans on making MobConnect culturally relevant for Indigenous communities by keeping the business’ employees on-shore. He also wants Junjardy to be the face of the company, with ambitions for him to be a leader in the space.

“I remember driving home one evening and Junjardy had a whole heap of bits and pieces sitting on the kitchen table. He actually built an electronic device out of it,” he says.

“The joy I had seeing him sit there and learning about technology and building something, creating, really opened my eyes that there’s a generation there.

“If they are given the right tools, they will create these beautiful things.”