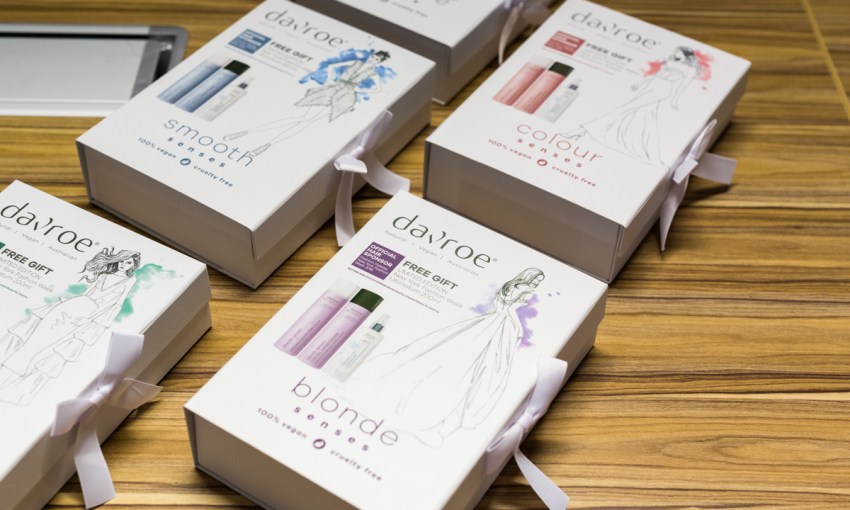 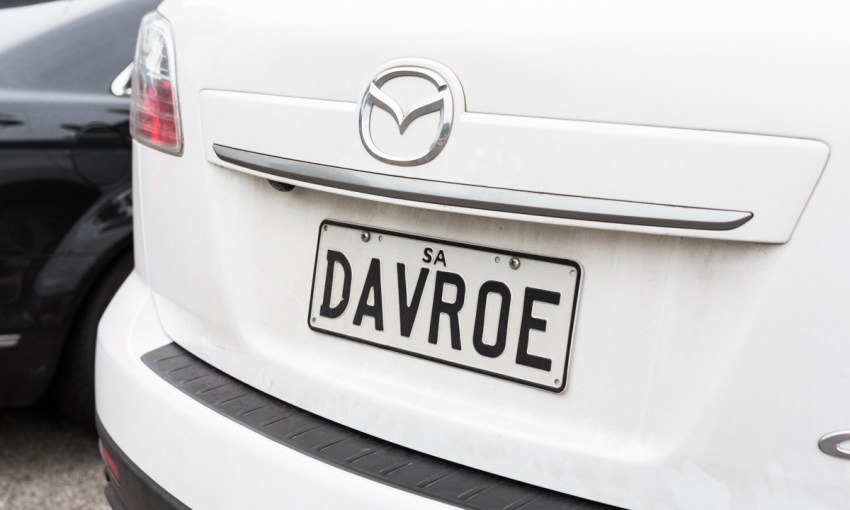 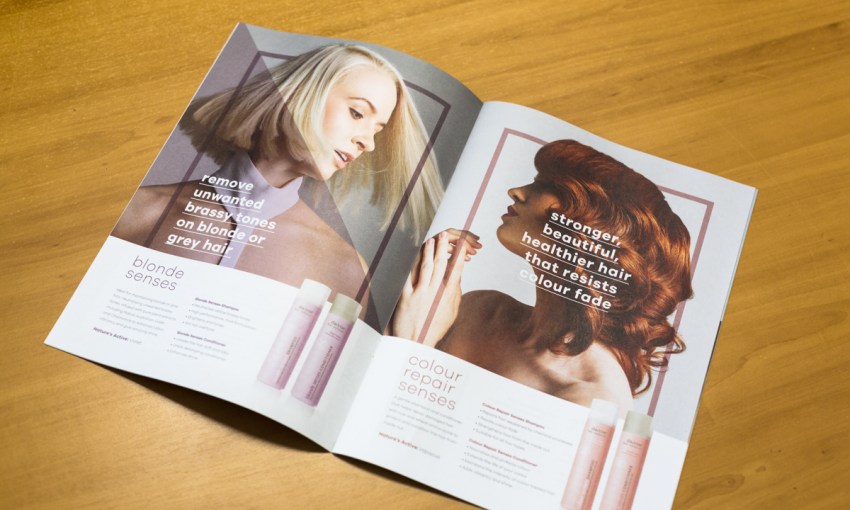 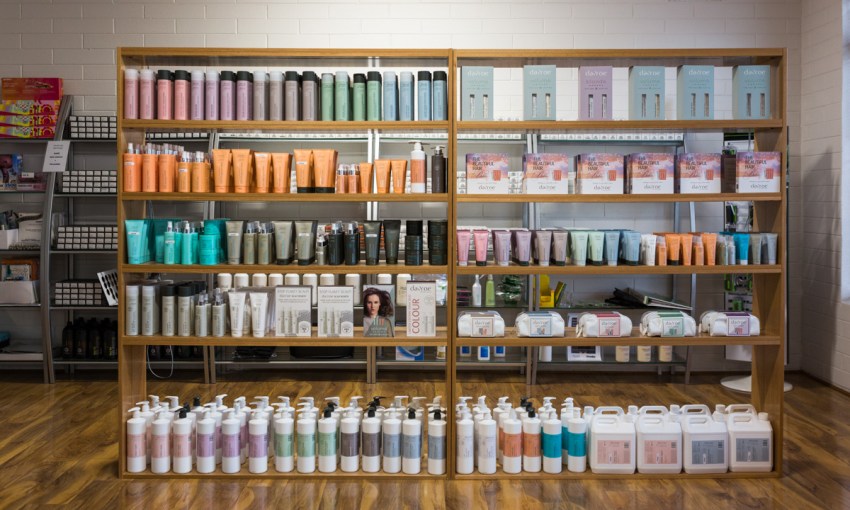 Before Mary Centofanti took over Dresslier, the company which makes Davroe hair products, she was trying to leave the business at which she had worked for more than two decades.

Mary started out as a receptionist and had progressed to become second in charge to company director David Sloan. She was ready to do something different.

“At that stage I’d been with the company for about 23 years and we had two little kids at home,” says Mary. “After all that time I guess I just wanted to stay home and look after kids, because I started work at 15.”

But Mary was pulled back into the business when David became ill. She came back into the fold to help out but sadly, David died only months later – leaving the company to his children.

It was the mid-2000s, and the company was not in a good way. Working mostly as a distributor for international brands in Australia and making only a small amount of their own product under the Davroe name, Dresslier was foundering as more and more brands took charge of their own wholesaling.

While the next generation of Sloans persisted with the business out of respect and affection for what their family had built since starting out in the 1930s, the tide kept turning against them. In 2007, they once more came to Mary and asked for help – but this time it was financial help that was required, and that was where her husband John stepped in.

“He came into the business for three months – took three months long service leave from where he was, came here without pay to see if we could or couldn’t try and salvage it,” says Mary.

“And at the end of that he said, ‘look I think we can make a go of it, it’s a company that has been around for so long – it would be a shame to see it fall by the wayside’.”

John had been working as a production manager for a furniture company, so he had proven business acumen, but he openly admits he had no idea about the hair care industry when he made the call about keeping Dresslier alive.

All he knew at that point was things needed to change.

“There’s this stranger coming along and saying what we’re doing isn’t working, so we need to change,” says John of his introduction to the company. 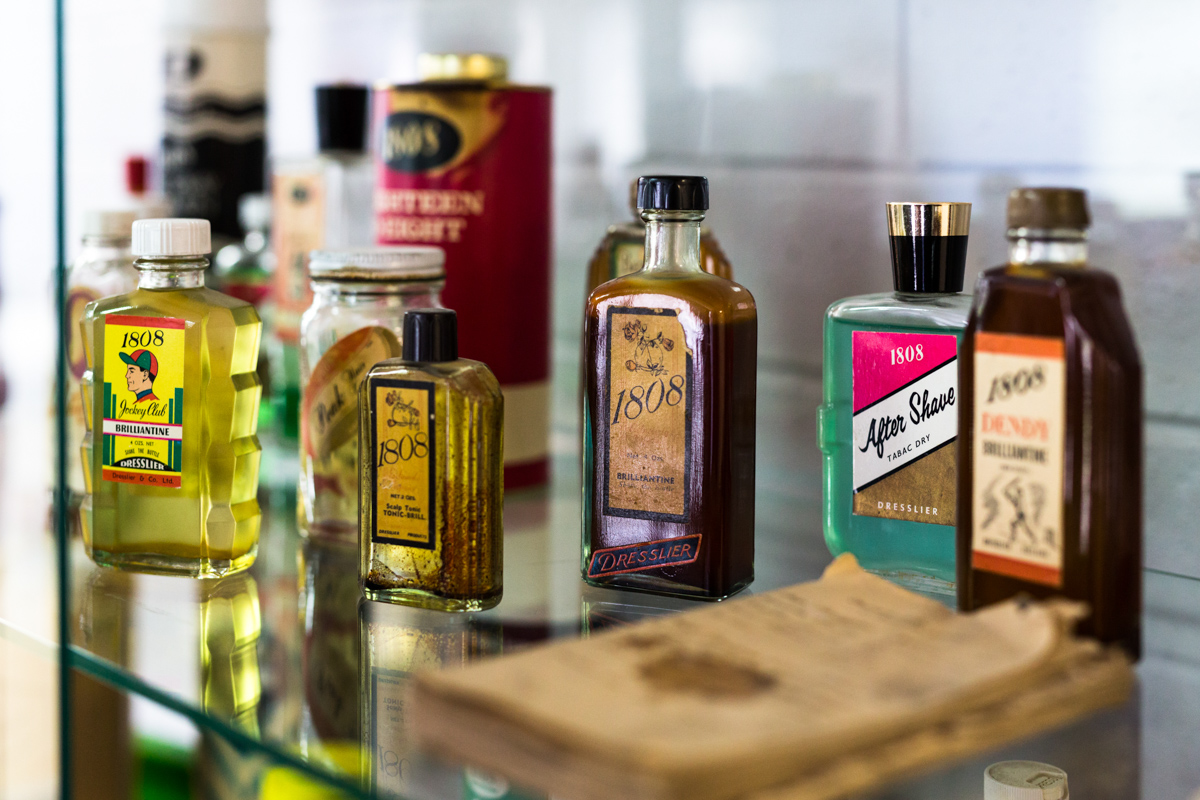 But that decision, taken by Mary and other Dresslier company veterans, to stick with the company’s roots by manufacturing a quality product under the Davroe brand, would prove to be a fateful one.

As John and Mary took over, the Davroe lines became the focus of the company. And while John was initially sceptical of updating the formulations to be vegan, petro-chemical free, paraben free and sulphate free in a market that was perhaps not culturally ready for those sort of terms, he did see a functional business model take shape as the new vision for the company took hold. 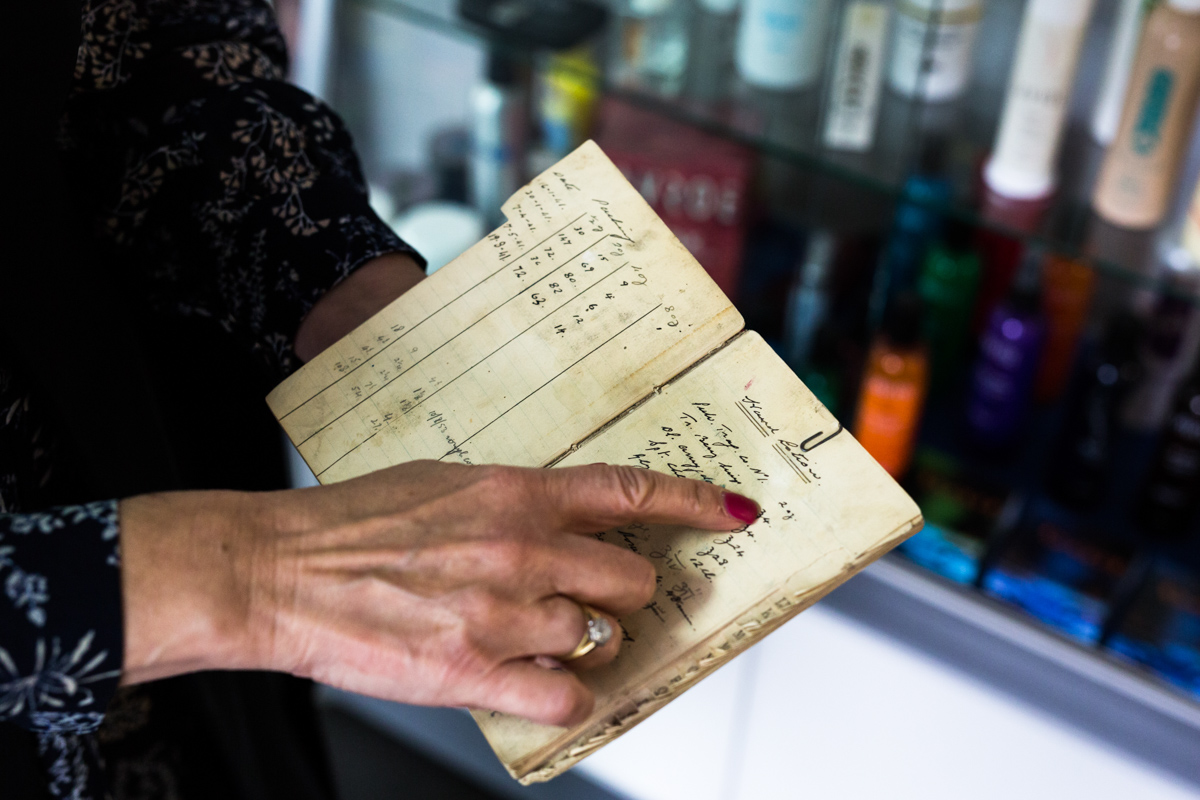 “The biggest challenge at the time was we weren’t dealing with your average competitors – we were dealing with multi-nationals, your Procter and Gambles, your Unilevers – billion dollar companies,” says John.

“Dealing with those sort of animals, you can’t be light hearted, you have to have a plan of attack otherwise they’ll quash you pretty quickly.”

“We could see what was happening overseas with the whole wellness movement and we thought we should be tapping into it because this potentially could be big,” adds Mary. “So that was the basis of changing the formulations and going with what we knew best which was manufacturing and producing that product.”

The Davroe re-launch happened in 2008, and the shampoos, conditioners and styling lines that were released then were certainly before their time.

Selling mostly to salons through third party distributors and to consumers through chains like Hairhouse Warehouse and Price Attack, the business was off to a slow start.

“The consensus was they didn’t work and in a salon-professional market you needed products that were different to what was being sold in health food stores, which is where a lot of that stuff lived at the time.” 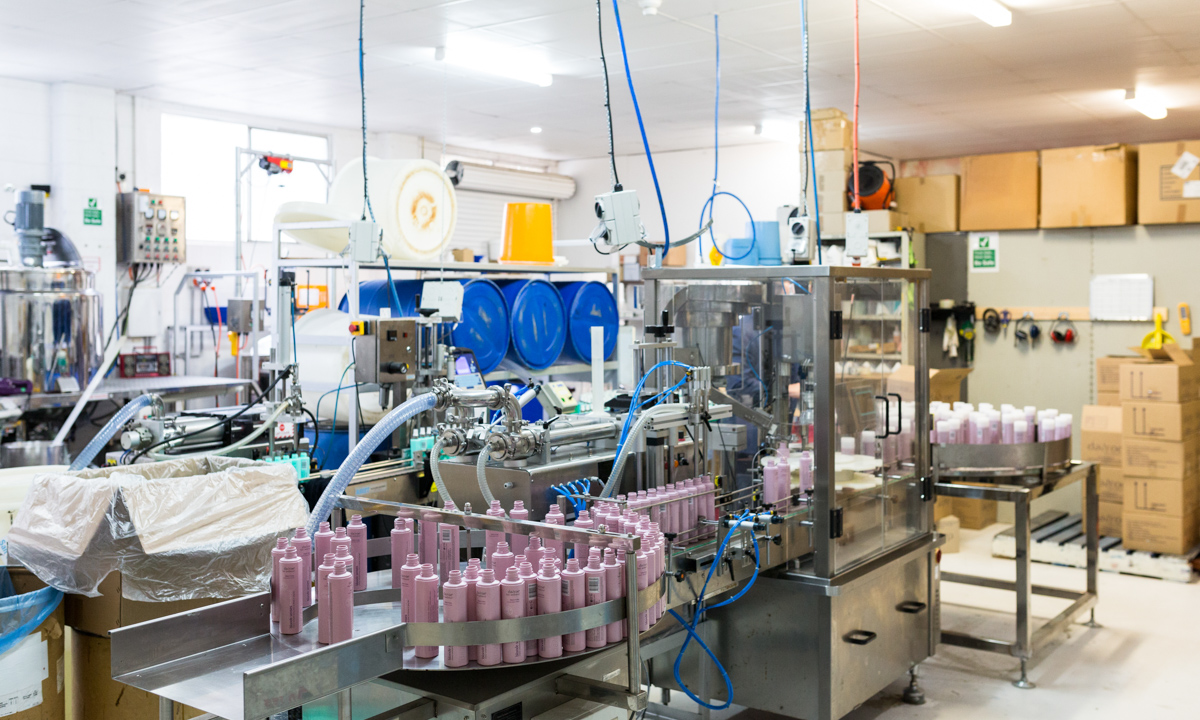 The misunderstandings around the brand, coupled with a swathe of hangover debts from Dresslier’s previous life made the first five years of business hard going for Mary and John. But it was customers who began to turn the tide.

“Ultimately it was the consumer that started asking for the brand, because trying to convince a salon or professional hairdresser that this is what you should be using isn’t going to happen,” says John.

“It wasn’t them, it was the fact the consumer was asking for something more natural, and then the vegan side of it came along.”

Once people knew about Davroe, its growth became exponential. It now sits in the top three or top five best-selling products across most retail outlets that carry the brand.

A few key choices made early in Davroe’s redevelopment stood the brand in good stead as customers began to take notice. At the heart of the turnaround, of course, was the push toward animal-testing and animal-product free formulations made with fewer heavy chemicals.

But there were three other key elements underpinning the upswing in business.

While Davroe’s focus on establishing itself in international markets has diverted energy away from full-tilt research and development efforts, chemist Stuart Sloan is still experimenting and trialling in the laboratory. New lines that will complement the existing suite of 37 products are set to be on shelves at the end of 2016 or start of 2017.

The first factor supporting Davroe’s ability to gain traction through consumer interest is its packaging and design.

While the philosophy of the brand might be natural, its aesthetic doesn’t draw on the traditional visuals of chemical-free and vegan retail. Developed by Sydney-based graphic designer Mel Burnham under the direction of Mary and John, Davroe’s look is more fashion than farmhouse. 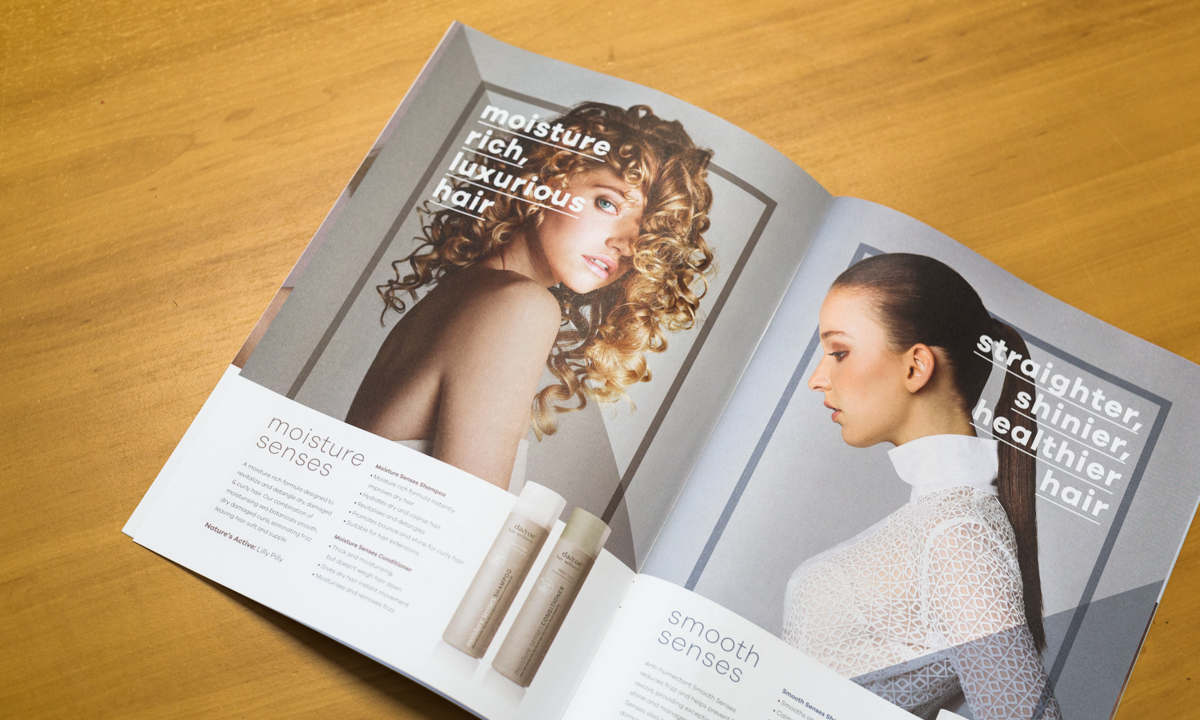 An annual look-book for the brand

“It’s more than that – it’s not just a product, people want it to look good in their house. The pastel colours are a little bit softer. When we were pushing that the brand was low irritant, it was just that softness really – that was the pay off to it being a little bit more sophisticated and glamourous.”

The second thing that fuelled the customer-demand driven growth of Davroe sales was the effectiveness of the brand’s products. Without animal testing, the formulations were (and still are) trialled by in-house chemist Stuart Sloan (one of the third generation heirs to the company) and Mary herself, before being tested by other company employees.

“A lot of people have a history of using what they call ‘fairy dust’ in the industry,” says John. “They might put in a particular extract but they put in .00 whatever of a per cent of it, so whatever they’re doing is not going to make any difference.

“One thing we do with all of our products is make sure that whatever we put in the brand is there to do its job. They’re high performance.”

As well as the strict quality control offered by having hands-on testing by the head of the company and its chemist when each batch is produced, Davroe’s scientific side also benefits from long-standing relationships with national and international ingredients suppliers – some of whom have been working with parent company Dresslier since it began in the early twentieth century.

“These long-established companies, sometimes, if they’ve come up with something unique or one-off, they’ll send us a sample to say we think this can do that or this for the hair and what do you think,” says John.

“We have got that connection, it is a bit of a secret we have going on with these companies from around the world. So we can get the jump on something new.”

Finally, Davroe’s customer magnetism has been helped along by an increasing association with the fashion scene.

The brand’s creative director, Janelle Zara, produces a look book editorial-style shoot for the company each year, and also works closely with local artists and magazines (including CityMag) on fashion shoots.

Last year, this work went global when Davroe supported SA designer Simmone Standing to show in New York. This year the brand is a major partner for Fashion Palette New York Fashion Week, where Janelle and her offsiders in the company will style the hair of every model that walks at the event – something Mary says is “great for getting brand awareness”.

Thanks to all this, Davroe is now well established in Australia – having reached about 70 per cent fulfilment of the market share they’re hoping to achieve. But Mary and John are also finding the appetite for their product is catching on further afield.

This year, after initial introductions made while they were in the US for trade fair Cosmoprof, they’ve broken into the lucrative United States market with Birchbox – an online shop that also has bricks and mortar stores in Washington and New York. They’re also beginning to export into New Zealand and, surprisingly, into Myanmar via a distributor.

This growth – just like that which happened years ago domestically – is demand driven, rather than developing through a push made by Davroe.

Inquiries are coming in from salons and large retailers across America, as well as from Asia and Europe, with several interested parties in Italy. 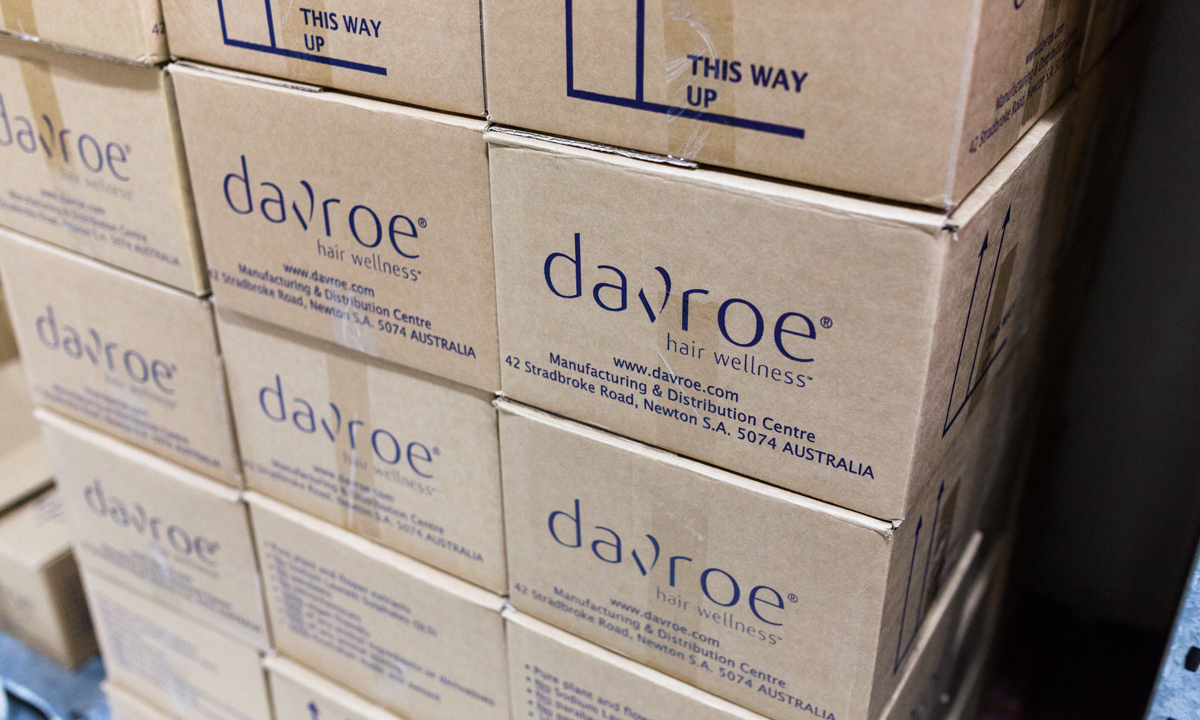 Boxes of Davroe product stacked and ready to go

But servicing international distribution from their combined office and manufacturing site in Newton – just north east of Adelaide’s CBD – is looking more and more impossible. Shipping costs on packaged shampoos, conditioners and styling ranges are prohibitively expensive, and the time it takes for product to reach foreign shores makes it difficult to service international clients properly.

The solution to these issues is a big step up into the international market game.

“Currently we are looking at setting up a third-packing set-up overseas where we could ship our product over in containers and then go from there,” says John.

That goal should be achieved by the end of the year, but that’s only stage one of the plan.

“We did spend about two weeks in the US checking out some states and even some of the government agencies have been setting us up with reviewing some sites for manufacture and things like that,” says John.

“We’d still prefer to do the manufacturing from here but some of the product lines might be easier to make over there and distribute from there.”

That plan should roll out within 12-18 months, and by then Davroe and its parent company Dresslier – which less than a decade ago sat on the brink of bankruptcy – will officially be running a multi-national manufacturing operation and appearing more and more in salons and bathrooms around the world.

While Mary might have wanted to move on all those years ago, the SA manufacturing scene, Dresslier’s 16 employees and her customers around the globe are glad that she stuck it out to turn the business around. 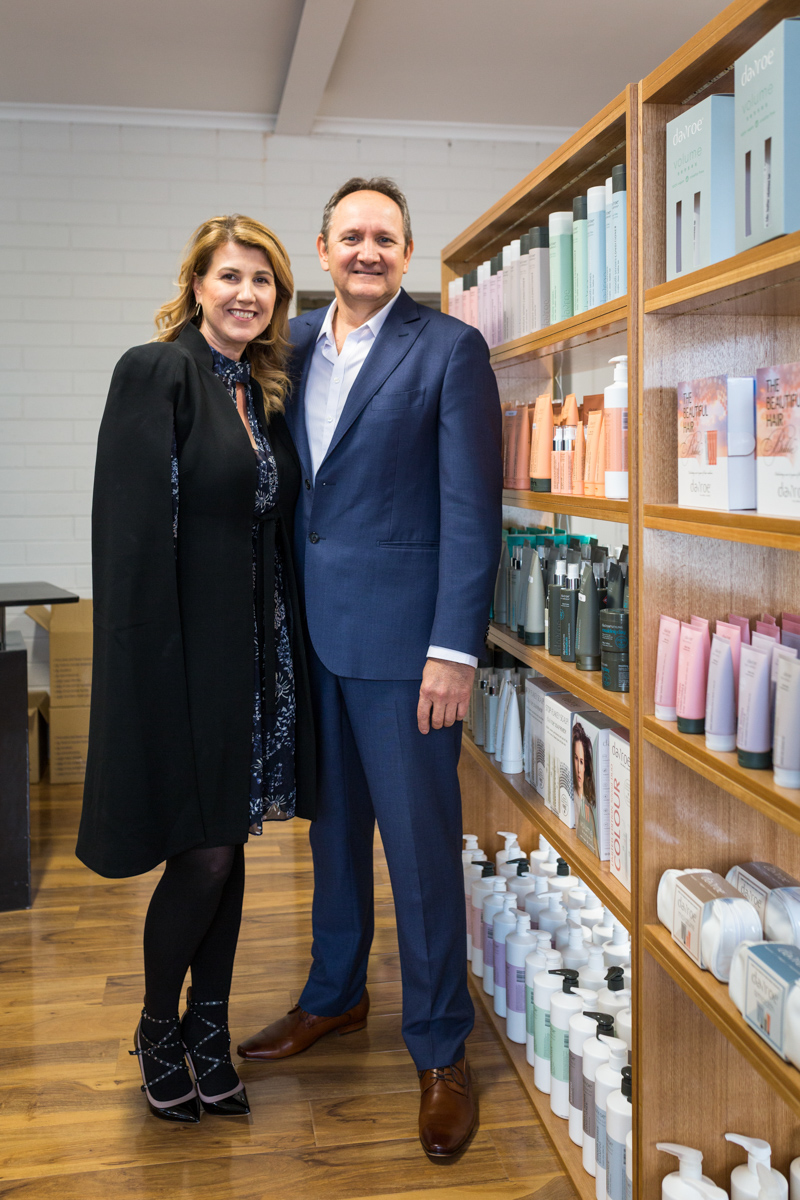