Roseé and the rise of African print

In May this year, Adelaide-based African-print fashion label Roseé will turn five, much to the relief of its founder, Awa Ampofo.

Awa’s undergraduate degree was in business, and since launching Roseé she has carried in her mind this maxim: “Over 80 per cent of businesses fail within their first five years.”

“I always said to myself, ‘I hope I’m not going to be one of them’,” she laughs.

The label was founded in 2017, at a time when African print – the all-cotton clothing worn in many countries across the continent – was difficult to come by in Adelaide.

When Roseé launched, Awa was aware of only two other labels operating in Adelaide that specialised in African print (one of which was Mazzprints, which CityMag profiled last year). Because of the small number of local players, she saw opportunity to add her own style to the marketplace. 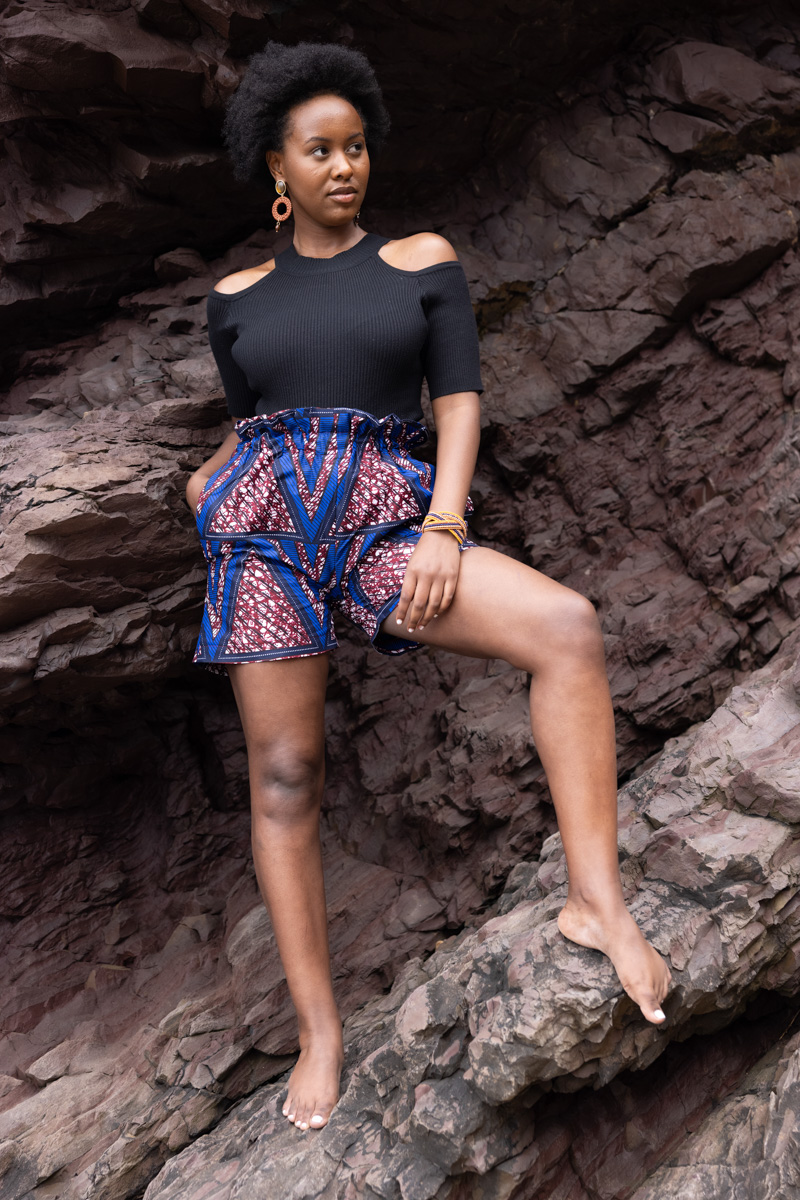 Awa came to Adelaide in her mid-teens in 2006 as a humanitarian migrant from the Democratic Republic of Congo. She “attended English classes, high school, and then when I got to the point where I started earning money, I started looking for avenues where you can purchase African [print], because that’s what I grew up wearing,” she says. The options, though, were limited.

“Either you send money back home and get it made, hoping it’s going to fit you when it arrives, or the other option… [was to go to] the corner shops,” she explains.

“They have food, clothes – everything,” Awa laughs. “But the quality wasn’t great. The material, once you wash it, the colour wears out in the water. So it wasn’t perfect.”

Awa started to make clothes for herself, and friends soon asked her to extend the favour to their wardrobes. A business then grew.

For Awa, African print is more than nostalgia . The clothing is a “cultural link,” she says, “because you grew up wearing it. All your family, the whole community wears it.”

It’s also a physical representation of the culture Awa grew up in – bright, colourful and playful. “Someone described it to me: ‘African print is like a party of colour’,” Awa says. “Everybody wears it, and it’s just awesome. And it makes you smile. It’s beautiful.”

In addition to being a fashion label, Roseé was founded to promote this positive view of African culture, and of Australia’s African migrant community. This was particularly important to Awa given the years of negative media representation the community has received.

“There’s always been this image of Africans in Australia,” Awa says.

“We had a stabbing in Adelaide involving a few young African men, and it was blown out as ‘African migrants getting wild, doing all the wrong things’.

“I just wanted to create an image that we’re more than the narrative that’s out there.

“I just also wanted to create something that the community would have been proud of.”

“We want to reinvent the print and make it our own,” Awa says.

“You can still get the same style as what you would buy in a normal, Caucasian store, but in an African print material.”

Previous Roseé collections have consisted of “casual, timeless, classic pieces” in styles that are “not commonly seen in African print”, Awa says. Roseé’s upcoming release, slated for launch in time for the label’s fifth anniversary, will add more skirts and workwear to the line.

“I want to see people wear African print in the office,” Awa says. “Because whenever I wear mine, people are like, ‘Oh my god, that’s different. Where’d you get that from?’ And then you start having that conversation.

“When you put something in someone’s face, they’ll be curious and start asking questions, and that’s how you create awareness and remove some of the misunderstanding that has been there for quite a very long time.” 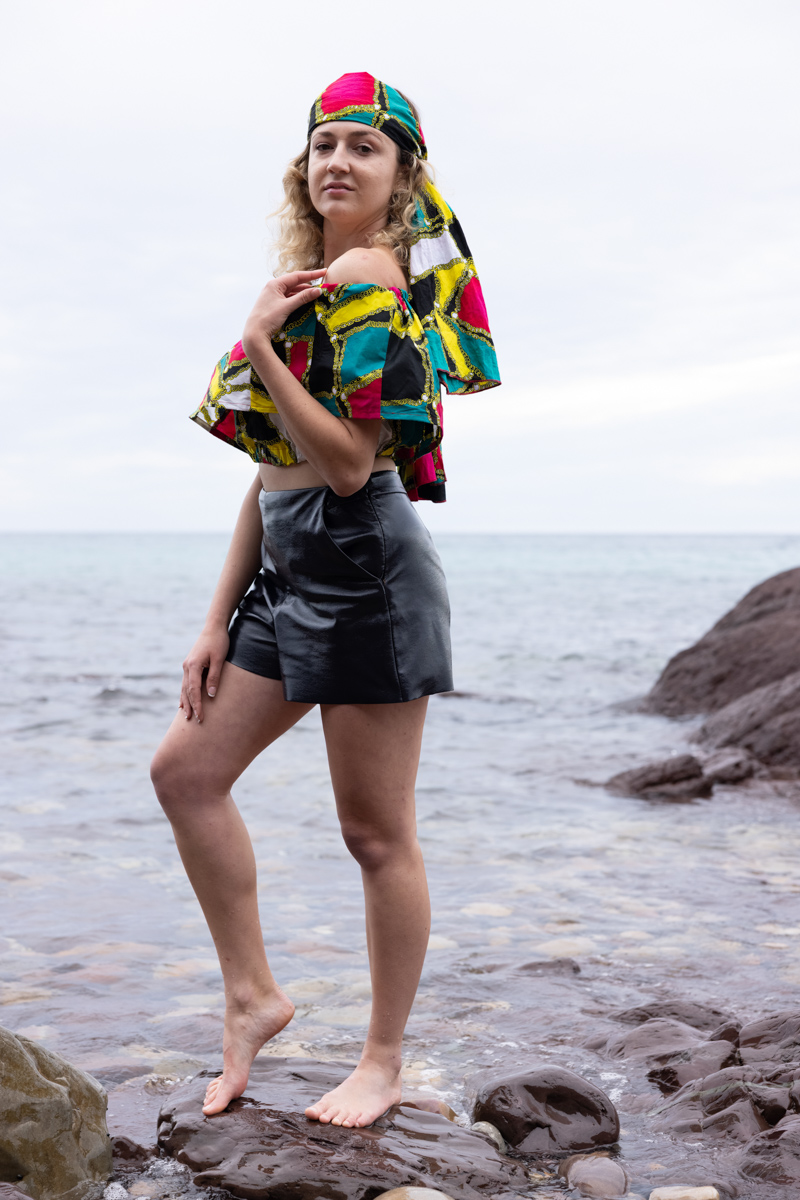 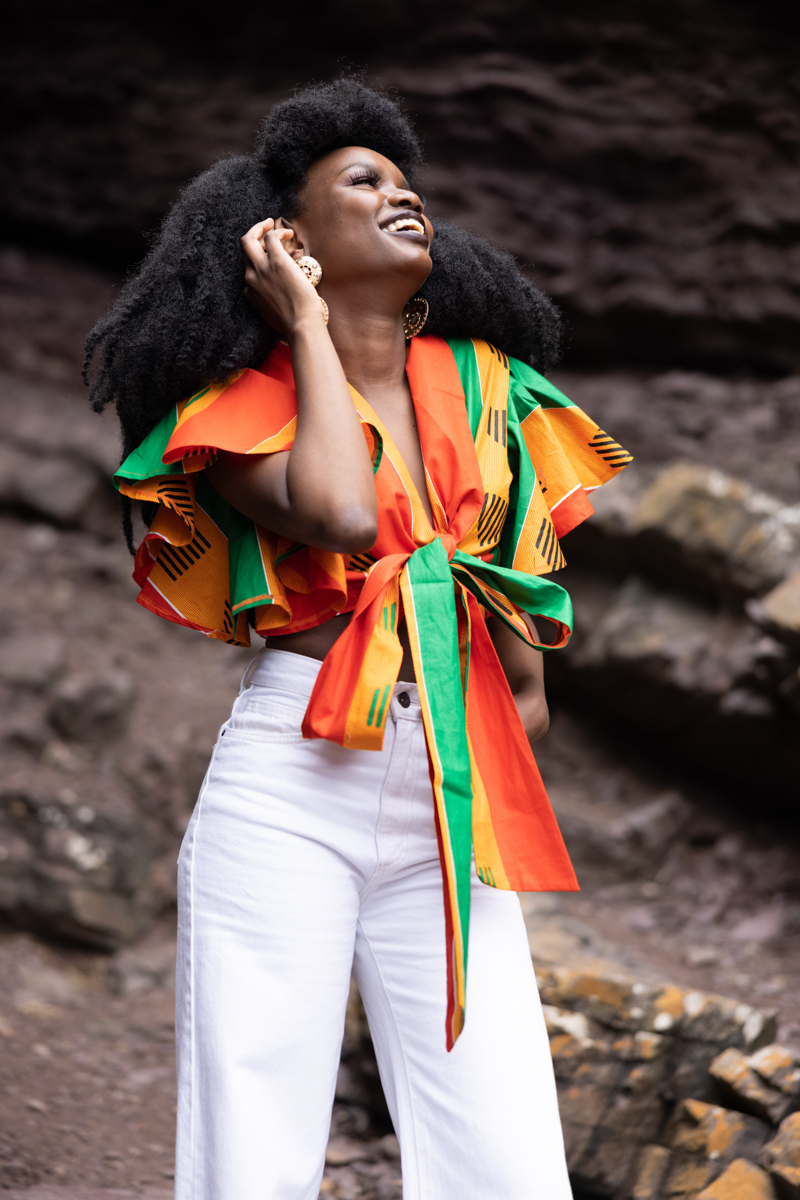 Awa has seen other African print labels across Australia become brick-and-mortar boutiques, but her aim with Roseé is to bring African print into the mainstream.

“The last two years, I’ve wanted to focus more on getting the product into wholesale into your typical Australian store,” she says.

“Just over a year and a half ago, we started wholesale. We started stocking in Wildchild on King William Road in Hyde Park and Binti Boutique on Pulteney Street.

“I remember the first time I went to deliver the product to Wildchild… [a] customer was like, ‘Oh my god, this is different!’ I’ve never seen this anywhere else. I’m getting some.’”

Ultimately, she wants to see Roseé in major retailers.

“If I can walk down Rundle Mall and walk in a store and see Roseé on a shelf, I’ll be the happiest woman in the world,” she says.

To get there, there will need to be a wider adoption of African print by the Adelaide public. Instead of being a special purchase for “attending events [or] going to an African party or a themed birthday party”, Awa wants the vibrant cotton garments to become a standard sartorial choice in everyday Australian life. 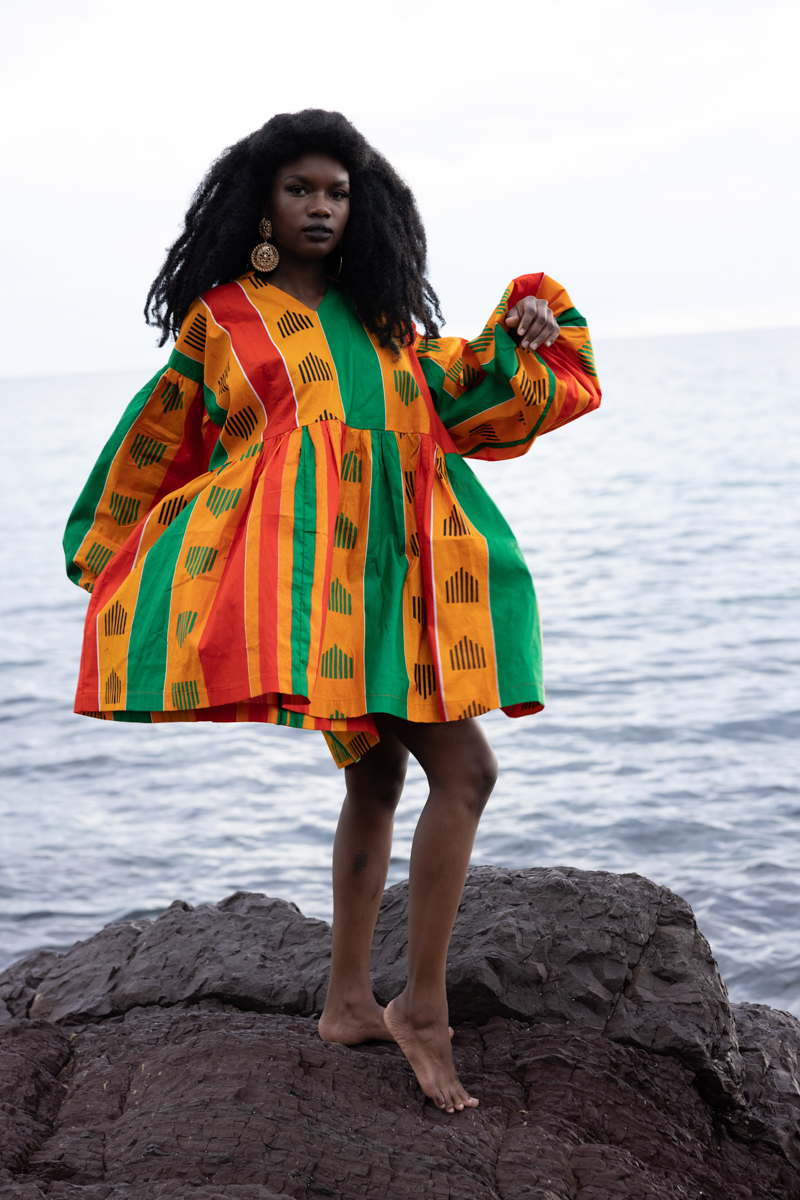 “I grew up only knowing African print as being mainstream, until I came to Australia, where it’s not, where it’s different,” Awa says.

Through Roseé, Awa hopes to continue using her business’ clout to steer conversations about African migrants in a more representative direction.

“I’m having more conversations about issues that impact African people living in Australia… than ever before, and the conversation is different, it’s more in a positive light than a negative light,” Awa says.

“I think for a long time African stories have always been that of colonialism, racism and, for lack of a better word, in Peter Dutton’s words, ‘African gangs’.

“I think the conversation now is around how much we can offer and how undervalued we are, and how we can move towards being recognised – us as people – as not just takers but contributors.”