Taking inspiration from her childhood in East Africa, Mazzprints founder and designer Marie-Jeanne Tuyisenge tells CityMag she wants to see Adelaide embrace a more colourful wardrobe, even in winter.

Grey clouds fill the sky and the bright colours of our cityscape become muted in the filtered light.

People walking the streets follow suit, rugging up in greys, blacks and navies.

Whatever pops of colour exist in our wardrobes are relegated to the outfits of warmer months.

Marie-Jeanne Tuyisenge, founder of Adelaide fashion label Mazzprints, has long noticed this tendency in the city to dress as dourly as the weather outside.

Through her label’s latest collection, she wants to help Adelaide break out of its seasonally affected dressing.

“We are always told summer is for brighter colours, while winter is for hibernation and darkness,” Marie says in the collection’s promotional material.

“I say bring out that shiny personality.”

Mazzprints’ Collection 2, which bursts with orange, red, burgundy, green and aquamarine, is full of Marie’s own shiny personality.

“I want to give people that pop of colour,” she tells CityMag.

“I just want to make people stand out in outfits… People don’t wear colours that much, so I just want to spread that standing out.

“Because the first thing people see is what you’re wearing, and clothes convey so much about a person, but I want to convey confidence and style.” 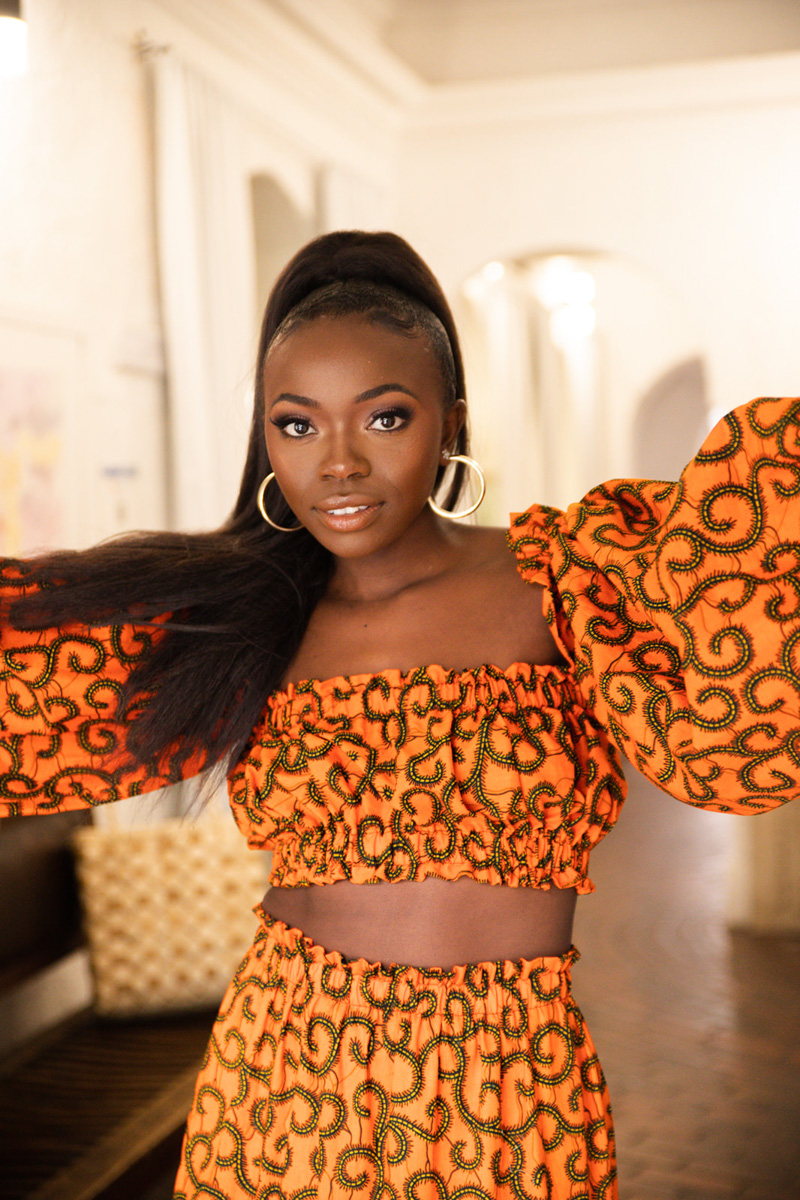 Marie is a self-taught designer and founded Mazzprints in 2016 after making a dress for herself for a Hot Dub Wine Machine event.

She made the dress from textiles featuring a print similar to those she grew up wearing in East Africa.

“People were complimenting me and stuff, ‘Where do I get this?’” she remembers.

“That’s how I started, just getting people loving my dress… and I’m like, ‘Oh my god, wait, we could do something here.’”

Marie chose these styles of prints for the nostalgic value they have for her, and for their ability to set her apart amongst Australian fashion brands.

“I didn’t want to use normal fabrics, because everyone uses that here,” she says.

“I’ve been here for 10 years, missing Africa and all of the childhood memories I had, wearing those cute dresses, and you’re matching with your parents.

“So, for me it was the love and knowing there’s a gap in the market. Yes, I can create the mainstream outfits, but if I use a different fabric, that’s my niche.”

Marie explains the vibrant prints are usually worn by parents and their young children, but in bringing these prints to Australia, Marie wanted to create a range suitable for a broader age demographic. 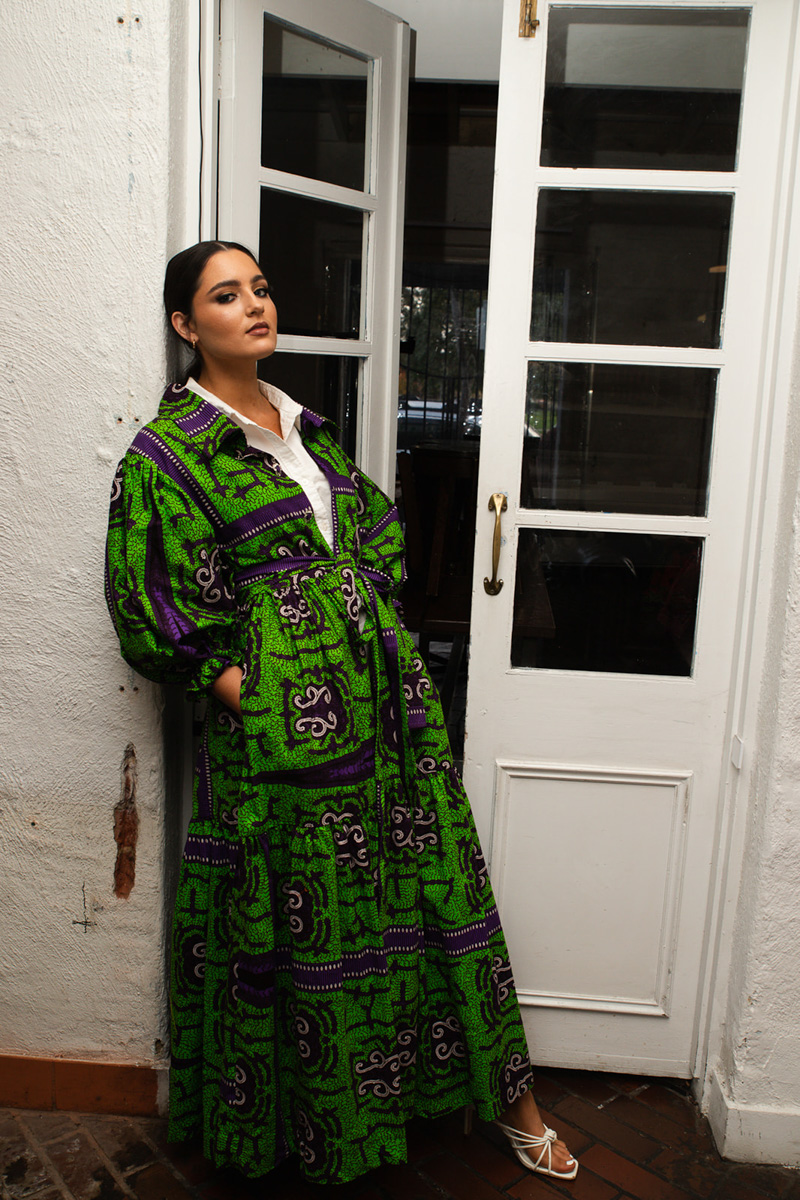 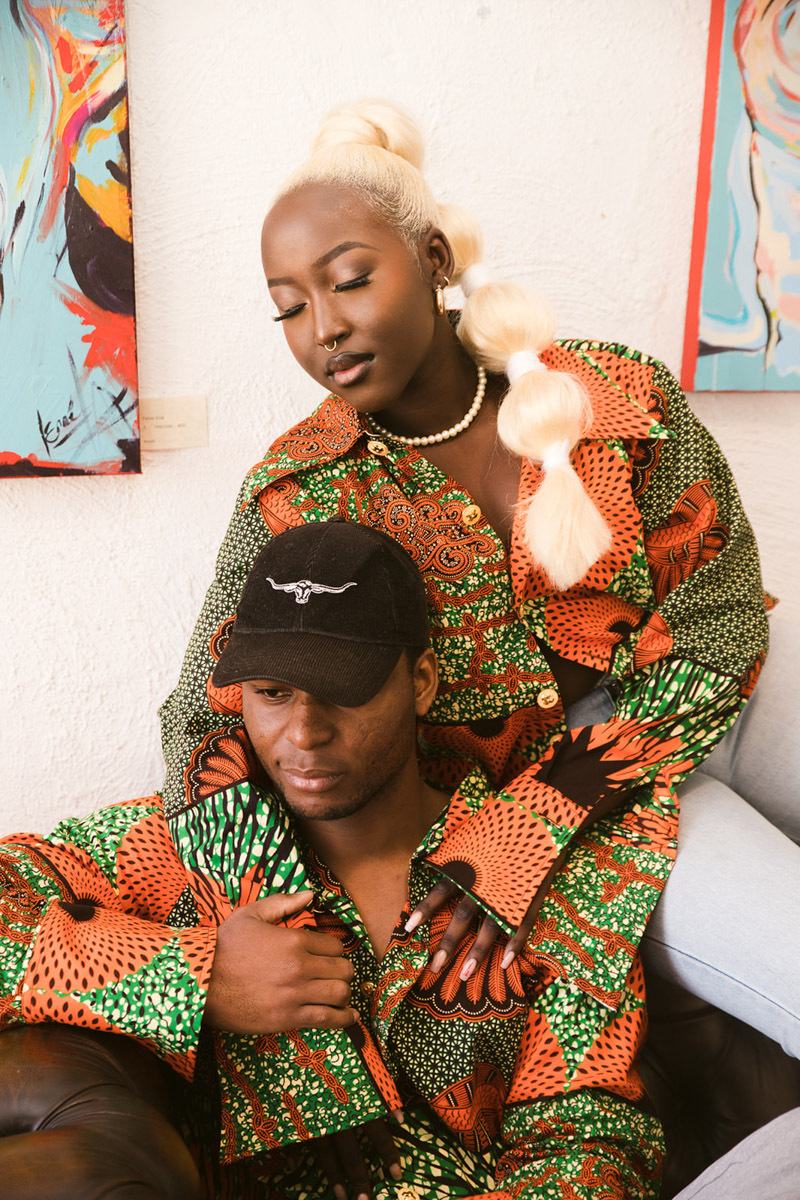 Above: The ‘Antoine’ unisex shirt; and the ‘Frida Coat’ in green

Around half of Marie’s customers approach her colourful range with a mild hesitancy, she says, but she loves the feeling of eventually winning them over to the bright side.

“I’m like, ‘Maybe you should put it on. See what you look like. If you absolutely hate it, take it off immediately’,” she says.

“I design for anyone, but I love someone that takes risks.”

While Marie had already been making clothes for herself in 2016, her decision to turn this passion into a business came after the death of her mother that year.

“One of the things we really connected on was fashion,” she says.

“She never knew that I would actually take on fashion, because I was actually studying psychology.

“It was just something we had on the side, because in African households when you say you want to study fashion, they’re like, ‘But that doesn’t have money’,” she laughs.

“Like, they want you to be a doctor or all of these things, so it’s not something they accommodate in their conversation.

“But we do love fashion, so that was something that I really wanted to take on, for memories.” 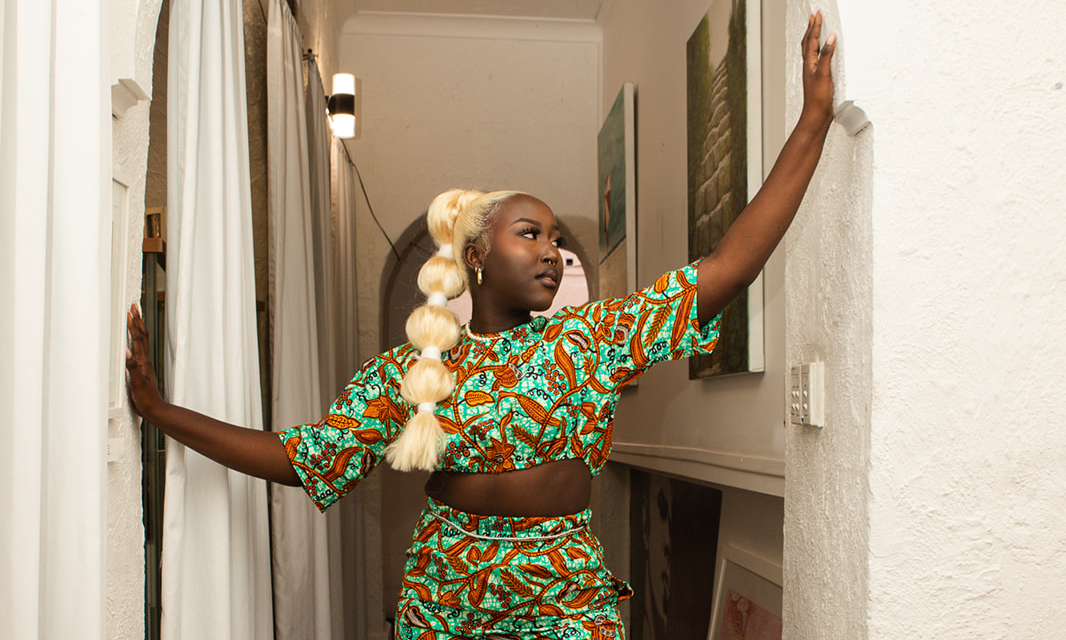 Since debuting in 2016, Mazzprints has built a following by appearing at markets and pop-ups, and through its strong social media presence.

The brand was building to a long-awaited official launch, which was set to coincide with the release of Collection 2 at the beginning of the month; however, the recent South Australian COVID scare put a wrinkle in that plan.

Despite having to postpone the launch party, Marie is excited for this new range to now be available to the public.

And though she’s still working her day job in mental health (she has a psychology and business degree), she’s hopeful Mazzprints will soon be her sole source of income.

“I just know fashion is what I want and I believe there’s something [to build on], because my customer base has grown,” she says.

“I’m a small-scale, independent designer… I hand-make it at my house, it’s a long process.

“I’ve always had a positive reaction at the markets, online, I’ve never had returns… so I think there’s something.” 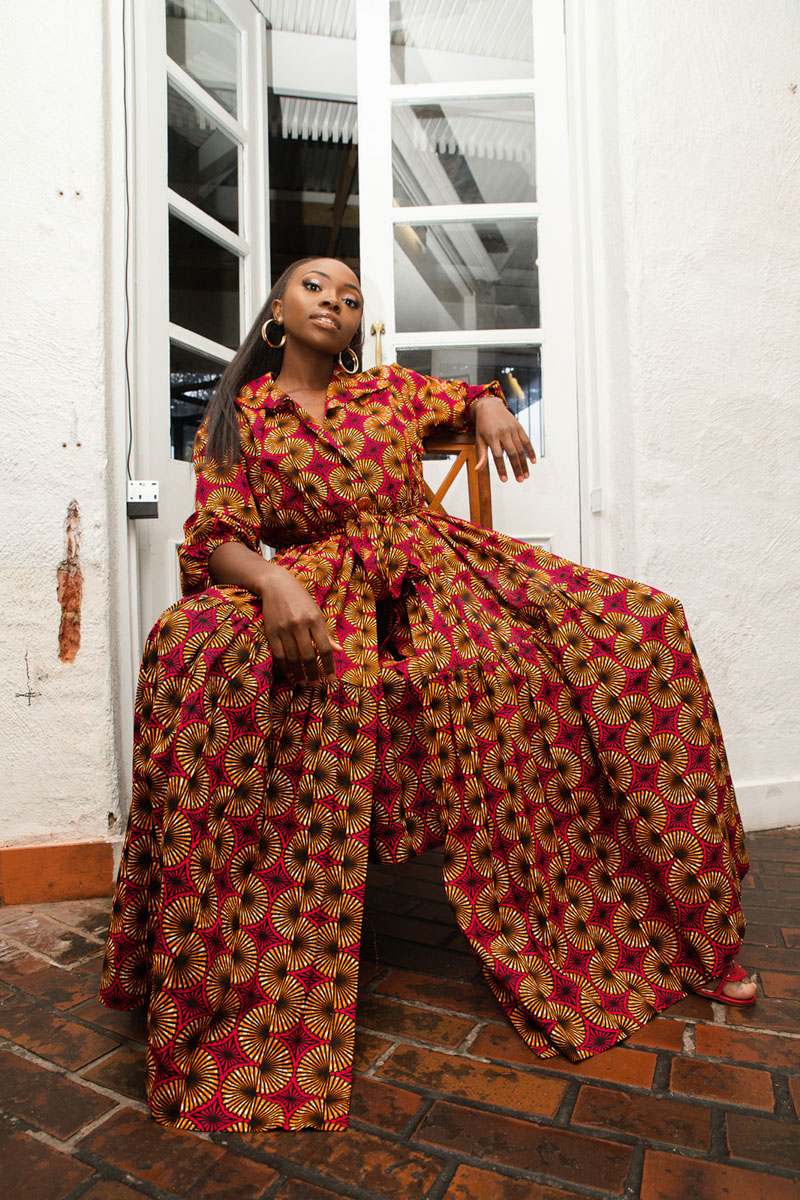