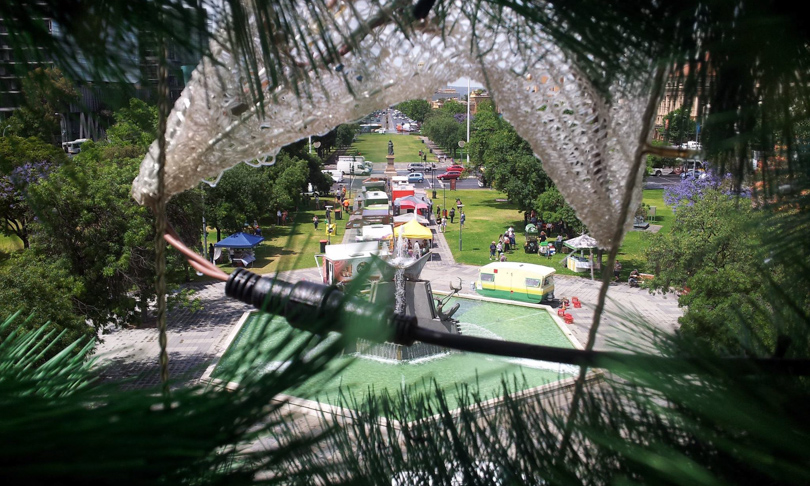 In the wake of the recent Adelaide City Council brouhaha surrounding food truck licenses, (the roll back on total trucks allowed to trade in 5000 and increased fees for food-on-wheels to operate), Fork on the Road rolls into Light Square with a big statement event.

26 trucks. 14 breweries. All representing a democratic version of food-flinging anarchy in the middle of the west end atop Colonel Light’s mausoleum no less.

That’s right, the architect of our city will be there literally supporting it all.

Shooting off a quick text to Fork On The Road founder Joe Noone to see if we could catch up to talk more about this Friday’s event we were surprised to see him bound through our doors at Clubhouse Lane just moments later.

“I don’t think there’s anything political about this event,” says Joe.

“We’re just focused on putting on a good event and with craft beer being a focus for this Friday – what more can you ask for?”

Beer and food – we can’t think of anything else.

The event also neatly coincides with the third anniversary of Fork On The Road.

For Joe, the discussion around food trucks is getting repetitive. The organisers of the nation’s ONLY food truck meet up event says that the idea of food on wheels isn’t enough any more.

“Sure, in those early days people were taken by the novelty,” he says. “But the idea isn’t shiny and new any more, so it’s really fallen to the community to find new and unique ways to present what’s at the core of our business – which is really good food.”