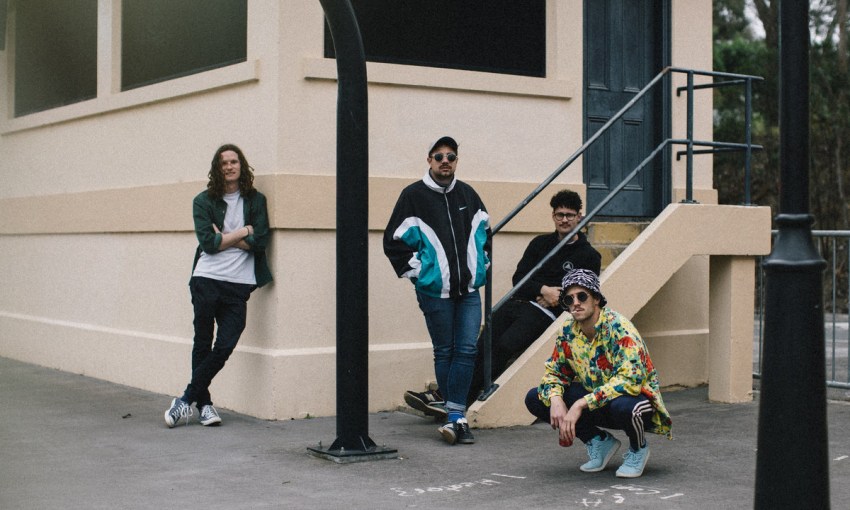 Since its relaunch, Lion Arts Factory have started hosting ‘Local Night’ every Thursday night to showcase some of the best Adelaide’s local music scene has to offer. This week, we’ll see Letrasets, Salibu Macey, and Blind Coyote take to the stage.

Having just released their debut single, ‘On Your Own,’ the fresh new four-piece band, Letrasets, will be playing their debut gig at Lion Arts, showcasing their indie-meets-garage-rock vibes. With an upbeat tune and light vocals, they’re sure to get the crowd pumping.

Following the success of their 2018 EP, ‘Wilpena St.,’ Salibu Macey will be storming the Lion Arts stage to wow the crowd with their psychedelic indie rock anthems. Active since 2017, Salibu Macey have played shows all over Adelaide, with their most recent single, ‘Bonnie,’ capturing the feeling of falling in love for the first time through its slow-paced but unmistakably rock rhythm.

Blind Coyote have gone through their fair share of uncertainty over the years with vocalist Paul Christenson and drummer Michael Carter struggling to find a decent bassist for the band. It was only after current bassist Arthur Mezak and keyboardist Johnny Christenson jumped on board that Blind Coyote really took off, Michael told This Is Radelaide. After launching their EP ‘Groundfloor’ at Rocket Bar & Rooftop just last month, the four-man alternative band are now gearing up to show us what they’ve got on Thursday night.

Tickets for Local Night are only $5 at the door and, with $5 beer and cider specials to go with the rad tunes, you’ll be well and truly set for the night.