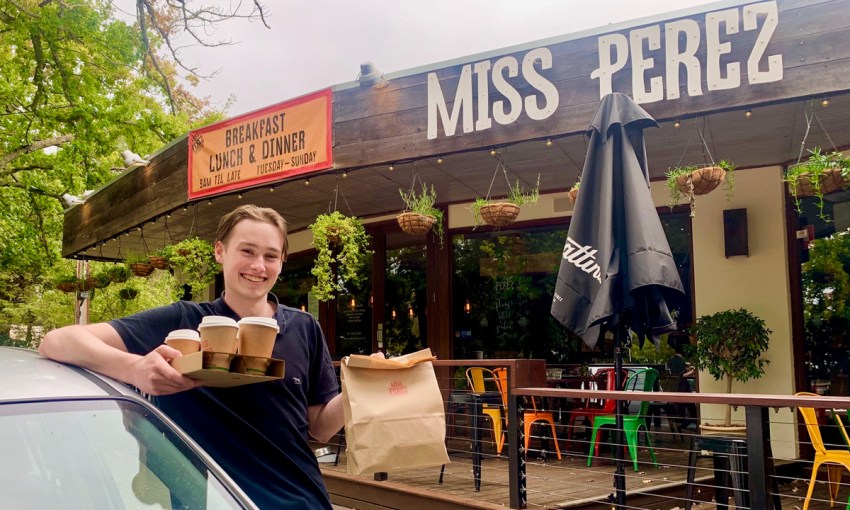 The pair owns and runs Hills eateries Jimmies Restaurant and Miss Perez Kitchen & Bar, and, unlike eateries within the metropolitan ring around Adelaide, their businesses were ineligible to appear on the Uber Eats app.

The local Hills clientele are as keen on home delivery as all other Adelaideans, and in order to survive – even before the advent of the coronavirus pandemic – restaurants have needed to innovate and match their customers’ desires.

Che and Rebecca set about creating an online ordering platform for their restaurants’ websites, and after realising the initial outlay, decided to instead create a separate platform that could then be used by other hospitality businesses in the Hills.

From November they introduced Restaurant Runner and ironed out any initial kinks, before a week and a half ago approaching other venues.

In the time since, the COVID-19 pandemic has hit the hospitality industry exceptionally hard, with the government gradually increasing social distancing rules that have now resulted in the forced closure of bars and clubs, and cafés and restaurants either transitioning wholly to takeaway or also closing up shop.

My Kingdom For a Horse owner Emily Raven reached out to Che and Rebecca to see if they would consider bringing Restaurant Runner into the CBD, and the café has run its takeaway through the app since Saturday.

In its original format, Che and Rebecca were supplying the drivers for the app, regardless of which restaurant an order was made to, but in order to expand rapidly (as they may need to if other metro restaurants sign on), they came up with a solution that has an additional benefit to the participating restaurant – using their staff as delivery drivers. 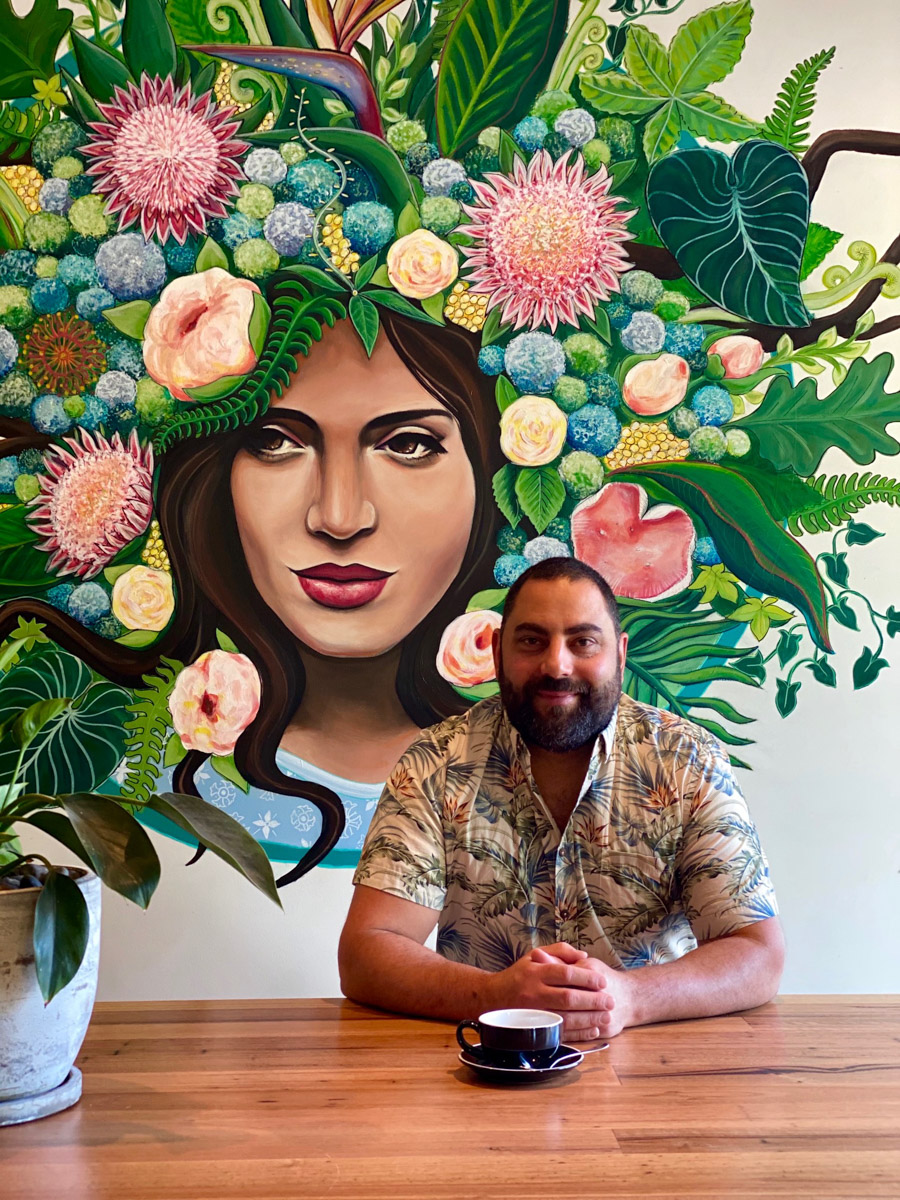 “The business model [is] let’s keep the staff employed at that restaurant,” Che says.

“They’ve set the [delivery] radius around that restaurant – three or five or 10 kilometres – and just try and service that local community.

“If we were trying to employ drivers for the whole of Adelaide, no way could we roll this out. But, with this model, using their drivers, we can roll that out really, really well and get as big as we want.

“We feel like we can really help people. With what’s going on with coronavirus, we think it might be some way to keep businesses alive – keep their staff employed and keep their doors open.”

Uber Eats’ rate fluctuates between restaurants, and they rarely confirm numbers, but restaurants have often reported to CityMag a rate of around 30-35 per cent. 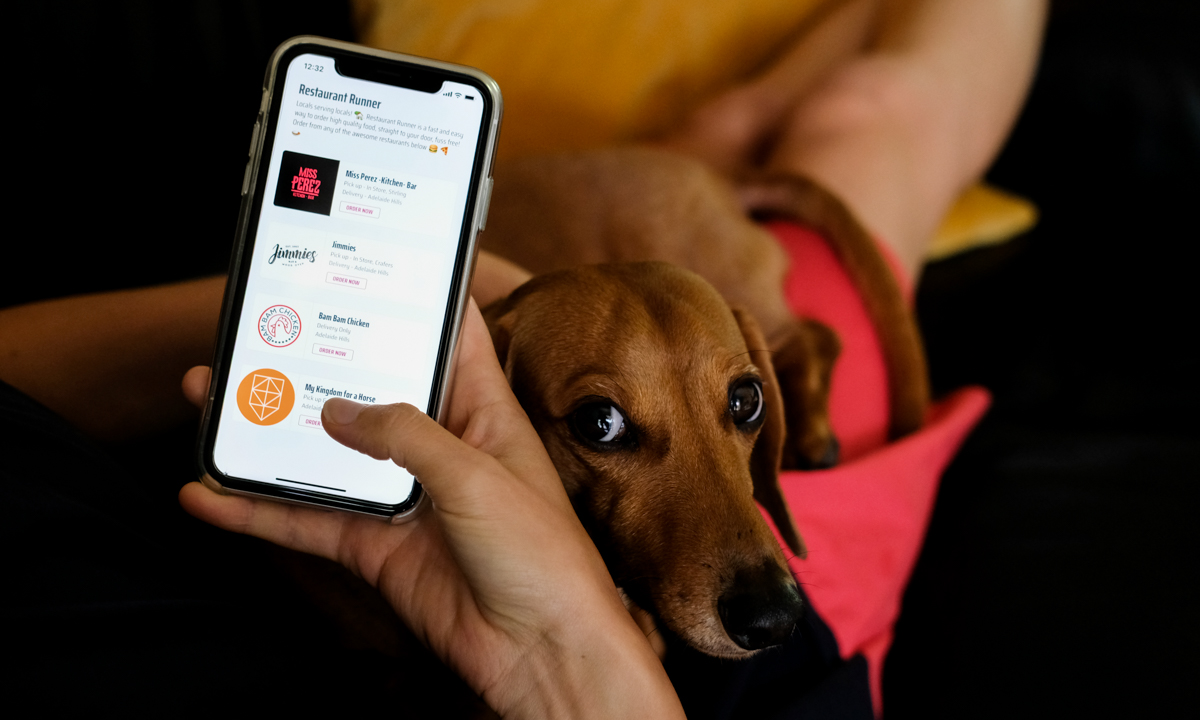 The immediate future of Adelaide’s hospitality industry is still uncertain. The restaurants and cafés who have pivoted to takeaway won’t know for sure that this style of service will reap enough reward to keep them open long-term.

And at the rate the government’s advice has changed to date, it doesn’t seem wise to expect conditions to remain stable just yet.

Che hopes Restaurant Runner is the salve that can help keep the local industry, including his own businesses, afloat.

“It’s just very difficult to when you lose all your eat-in,” he says.

“I tell you what though, if we can’t get the takeaway side of things going in a few weeks, three or four weeks, it’ll be pretty tough, because where’s that money going to come from? It’s pretty tough.”

The restaurant currently hosts Miss Perez, Jimmies, Bam Bam Chicken, and My Kingdom For a Horse. Keep an eye on the app for additional venues as they come online.

If you’re a café or restaurant owner and you want to join Restaurant Runner, contact Hannah Brydges on 0409 968 989 or via email:  hannahb_252@hotmail.co.uk.