Even in its darkest hour, the hospitality industry is showing its generous nature, with East End Cellars once again teaming up with Adelaide's best chefs for the Hutt St Centre fundraiser Soup Kitchen. 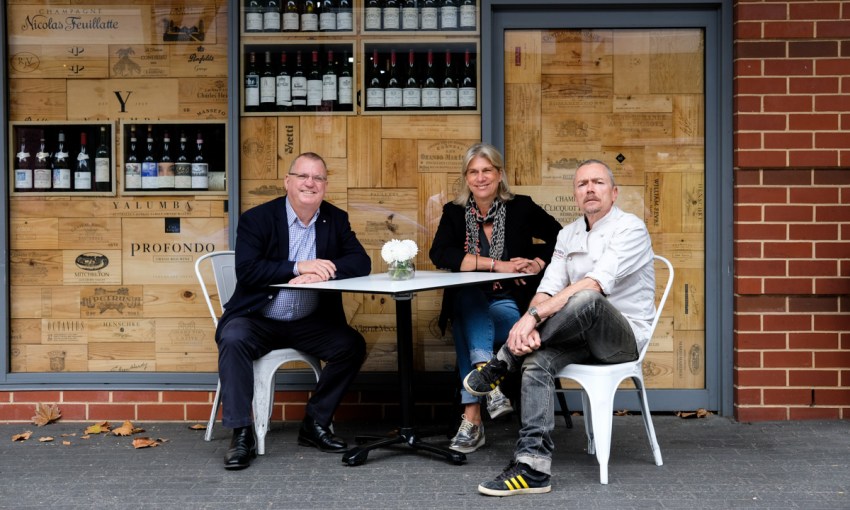 The coronavirus crisis has not been kind to the hospitality industry at large, and this is certainly the case at East End Cellars.

On Thursday, 11 June, Simon Bryant will be serving a confit goose cassoulet with French green lentils and sourdough crust.

Owner of the bottle shop, café and restaurant, Michael Andrewartha tells CityMag that across the three businesses he has a stake in – East End Cellars, Mother Vine and Mum Cha – he saw 60 staff stood down, many but not all of whom are now on JobKeeper.

As it came time to plan EEC’s annual Winter Soup Kitchen concept, which launched in 2018 and sees well-known and respected Adelaide chefs cook a soup of their choice for the benefit of the Hutt St Centre, a question came to Michael.

“If we’re doing it tough, which we are… how are the homeless going?” he says.

“It must be terrible out there.”

Michael, together with Margie Andrewartha, his wife and fellow co-owner of EEC, who founded the concept, got the wheels in motion to ensure the Soup Kitchen would return in 2020.

From Thursday, 11 June, and every following Thursday for six weeks, one well-known chef will cook up a warming dish, with the proceeds going to the Hutt St Centre, and a ready-made $10 amount (or any amount you like) also able to be added to the bill as a direct donation.

One $10 donation, in the hands of Hutt St Centre, equals four to five cooked dishes given out through its lunch service.

The first chef off the rank is Tasting Australia’s festival director, Simon Bryant, followed by Africola’s Duncan Welgemoed, Fino Vino’s David Swaine and Sharon Romeo, and Chianti’s Maria and Frank Favaro. There are two more chefs yet to be announced.

Simon has had a connection to Hutt St Centre since the early ‘00s, when he set up a regime between his employer at the time, Hilton, and the charitable organisation.

“We managed to get the food that wasn’t used each day, through an Esky system, to Brenda (McCulloch, a long-time Hutt St Centre cook),” Simon says.

“The Eskies got filled from leftover café and restaurant, and then they got swapped over every day.”

The chef is only too happy to to continue the relationship through the East End Cellars and Soup Kitchen.

“It was Margie’s baby and she deserves all the credit. It was an EEC initiative,” Simon says.

“My vested interest in it is, I’ll be honest, I just feel powerless about all of this stuff. I know it’s not a big help, and I know it’s tokenistic, but I do it purely for selfish reasons, to try and alleviate my terrible Western conscience, that we don’t do enough in social welfare.”

“People from all around here come and they love it, because they can do something as little as buy a soup and buy one for someone else.”

In its first year, Soup Kitchen raised around $3,000; in 2019 it raised $5,000, which was then matched by an anonymous donor; and this year the team hopes to continue the growth trajectory, with the same donor offering to match the final amount once again.

To help raise the level of donations, East End Cellars will extend the concept to a lunch and dinner service (though she can’t promise the chefs will be there to cook and plate up at the later time). 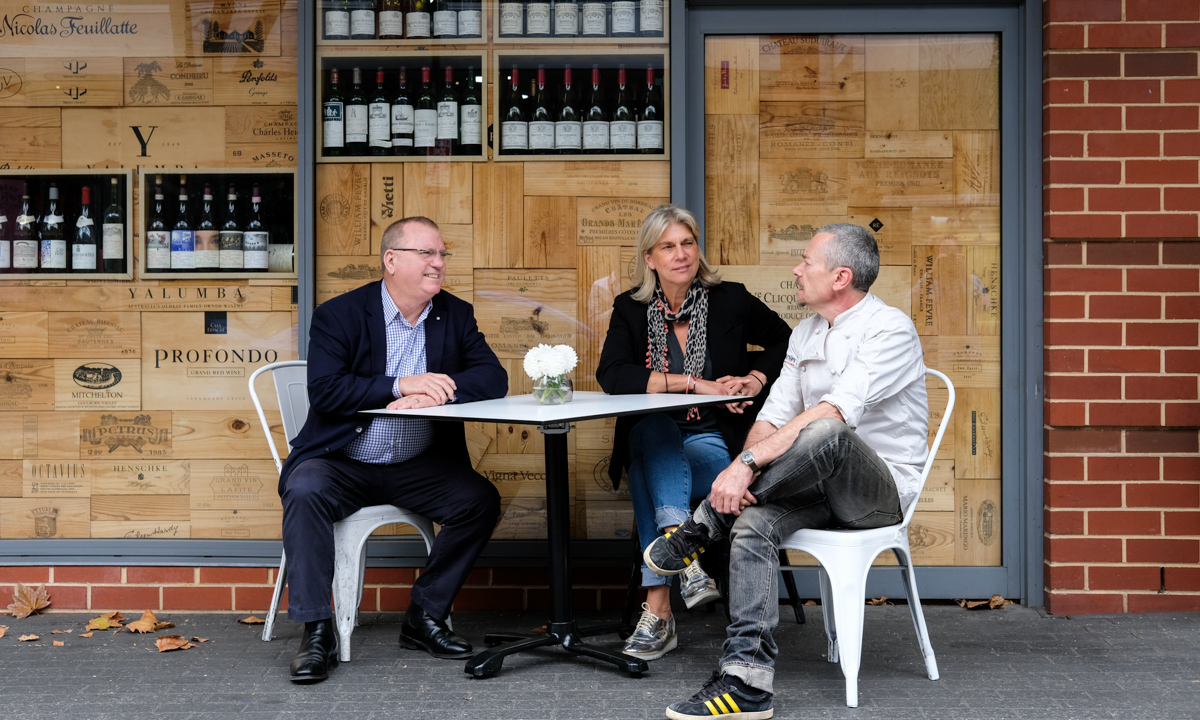 For Hutt St Centre, this concept comes at a time of great need. CEO Chris Burns tells CityMag that at the beginning of the Adelaide Zero Project, which is working toward no homelessness in the CBD, Hutt St has had a continuing connection with 151 people sleeping rough in the city, and stated as recently as April on its website that it was working with 200 people experiencing homeless.

The organisation is now case managing 313 people who were sleeping rough and have now been put up in hotels and motels across the city by the State Government.

This increased workload comes at a time when Hutt St Centre itself is also experiencing a downturn in donations, and massive restrictions on the ability to fundraise.

“We had a major business lunch planned on the 30th of April, which clearly we had to cancel,” Chris says.

“We have a major fundraiser, Walk a Mile in My Boots, which is in early August, but that won’t go ahead this year in its traditional form, where 5,000 people come out and walk a mile. But we’re looking at a virtual model where people go out, a bit like Anzac Day, they go out in their driveway and walk a mile in their house, or from their office.

But clearly that won’t have the impact and sponsorship that you would normally get, so the funds are going to be down there… So events like this are just so important.”

For those who are in a position to give, Hutt St Centre is currently taking monetary donations, and donations of food and blankets. Due to coronavirus restrictions, the organisation can’t accept clothing at this time.

As mentioned above, each $10 donation will equate to four to five hot meals served through its kitchen, but Chris stresses food is not the only important service the centre takes responsibility for.

“We provide meals to get them to come, so then we can expose them to the nurse, to flu shots,” Chris says.

“So it’s almost as if the food is the honey that draws them in.”

The last few months has seen incredible financial turmoil for the Hutt St Centre, East End Cellars, and the hospitality industry, but in such circumstances there is always room for generosity and warmth of heart.

“It’s a huge raising of awareness of what we do, and the importance of food, warm food,” Chris says.

“But it’s also just the demonstration of giving, of everyone in the city for the most vulnerable people in our city. It’s just huge.”

“It’s also just a positive,” Margie continues. “In all this negativity, it’s a great community positive.”