Director of Mental Health Policy, Planning and Safety at SA Health, Liz Prowse says although COVID-19 is no longer an immediate threat in South Australia, the mental health impact is “very slowly growing.”

In March last year, Liz Prowse was coming off six weeks of sick leave when she realised South Australia, like the rest of the world, was about to be deeply impacted by the arrival of COVID-19.

At the beginning of April, Liz, who is the Director of Mental Health Policy, Planning and Safety at SA Health, returned to a workplace that still only had a “patchy” understanding of the virus.

“So much new information was coming in every day,” Liz tells CityMag.

“To really try and make sense of it in a way where you can help people… when you’re kind of going through it yourself is really tricky.”

Liz had no experience in handling a pandemic, but she knew early on COVID-19 would significantly impact the public’s mental health – which it did.

“It doesn’t have to be high-powered therapy. It really has to be supportive,” she says.

“We, here in this office, drew on our experiences with bushfires, with drought response, and thinking about how we manage the mental health response to those disasters.”

“If a person had a refugee history and got put into hotel quarantine, it really wasn’t a good mix for mental health” – Liz Prowse

At the beginning of the pandemic, SA Health established two phone support lines, one staffed by Lifeline counsellors to help those experiencing the “increased anxiety, fear and distress the pandemic has created,” Minister for Health and Wellbeing Stephen Wade announced at the time.

Liz also oversaw the networking of non-governmental organisations (NGOs), such as Lifeline, which received government funding to tackle the mental health ramifications of COVID-19.

Since the beginning of the crisis, Liz has held fortnightly meetings with representatives from a range of NGOs, whose work spans helping culturally and linguistically diverse groups, First Nations communities, and carers such as those providing assistance to people with a disability, chronic illness, or frailty.

“We brought them together to really connect them as a network, so if there’s somebody who’s identified through the Aboriginal work, who might need some counselling from another of our network partners, there’s a place that can get discussed,” Liz says.

The State Government allocated approximately $15 million to mental health initiatives and drug and alcohol services in response to the pandemic since March last year, an SA Health spokesperson told CityMag. To put that amount into perspective, $60.8 million was allocated in the same period to switching to a new electronic medical records system at the Royal Adelaide Hospital and Mount Gambier and District Health Service.

Liz believes the network she helped establish is nimble. If Federal Government funding was brought in, Liz says the State Government could step away.

The fortnightly meetings also allowed SA Health to gain insight into which segments of the South Australian community required the most immediate attention and funding.

For example, during the Thebarton cluster flare-up in August, SA Health was particularly concerned about the mental health of foreign students and their families.

“Thebarton Senior College, many of those students were from culturally and linguistically diverse backgrounds,” Liz says.

“So if a person had a refugee history, perhaps trauma from their country of origin, and then they got put as part of this cluster into hotel quarantine, with guards and isolation, it really wasn’t a good mix for mental health.

“So we really, at that point, paid a whole lot more attention to those culturally and linguistically diverse communities – really thinking about how can we do that better; thinking about the messages that we might send.”

Liz says clear communication from SA Health was a problem during the pandemic, as individuals either sought information from overseas sources or received confusing translated information through NGOs.

“So our NGOs are telling us that people are ringing and talking about, ‘This is the bit I don’t understand’ or ‘Why does it happen this way?’” Liz says

But as the months rolled on, the “messaging [from SA Health] has been much, much better and clearer.” 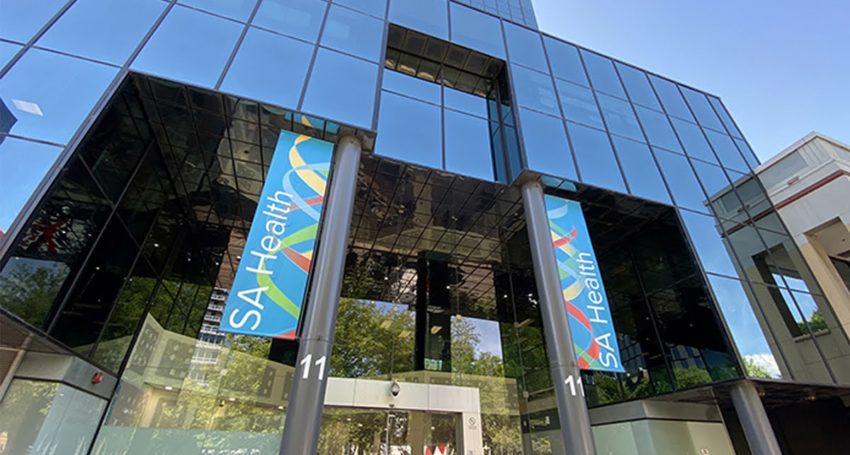 SA Health HQ in the city. This picture: Tony Lewis/InDaily

SA Health provides funding to NGOs by tapping into a pool of allocated money from the state and federal governments. A funding contract may not be renewed if there is no demand for the service, Liz says.

Skylight is a South Australian mental health service which provides free phone and web chat support. The organisation received $140,000 funding in March from the State Government, which allowed it to conduct a large number of welfare checks on families and carers as the pandemic rolled on.

Skylight didn’t have its funding renewed by SA Health.

Liz says this was because “they weren’t getting a massive… increase in demand, and could manage that from within their existing funding envelope.”

CityMag reached out to Skylight’s CEO Paul Creedon for comment but did not receive a response.

Geoff Harris, Executive Director of the Mental Health Coalition of SA, tells CityMag SA Health was “quick to acknowledge” the mental health impacts of the pandemic with telephone support lines and services, but “initial funding was for only six months” and the pandemic hasn’t ended.

“Adequate support would mean ongoing funding and new money into services that can support people who are on waitlists for psychologists and psychiatrists,” Geoff says.

“Our mental health system was already under pressure before COVID and the Productivity Commission Report on Mental Health showed that nationally we are only meeting around 20 per cent of the need for community psychosocial support.

“To reduce this gap and move from a crisis-driven system, we need our state and federal governments to commit to long term investment.”

Liz says her experience working with bushfire-affected communities indicates there is “immediate distress” amongst the community followed by a “lull”. Viewing the crisis through the lens of natural disaster, Liz expects the mental health consequences from the coronavirus to be from one to two years, “or longer”. She says any support should be kept in place for at least a year.

She knows this from population health data collected by her SA Health colleagues and says her department will watch young South Australians in particular — a heavily impacted group — going forward.

With reports of some people’s mental health deteriorating while in medi-hotel quarantine, we ask Liz if there was anything she or SA Health could have done better. She says that’s “hard to answer”.