What Ten Gigabit Adelaide will do for you

Ten Gigabit Adelaide is a fibre optic network stretching throughout the CBD and North Adelaide, and it's set to revolutionise business and life in the city. 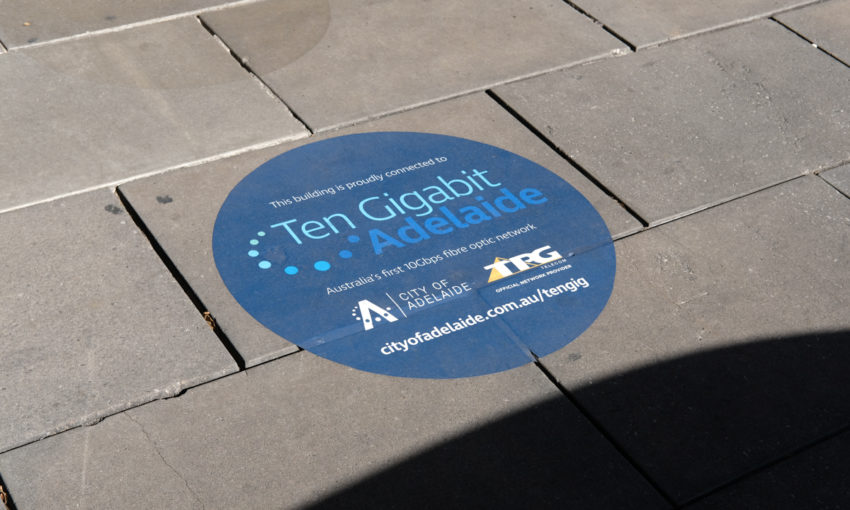 Australia is in a period of glacial technological evolution, as our federal government continues its incremental rollout of the National Broadband Network.

Peter Auhl will speak about the City of Adelaide’s Ten Gigabit Adelaide project at Hybrid World this Tuesday, 24 July at 10:30am.

You can also learn to make and program an FHTBot, learn podcasting from the ABC and SBS’s Marc Fennel, and hear from a range of speakers on all things tech and the future. See the Hybrid World site for more details.

In such times of infrastructural innovation, it’s worth recalling that oft-misattributed adage: if you’d asked people before the invention of cars what they wanted, they would’ve asked for faster horses.

Turnbull and his troupe are not the only governmental organisation out to shape the future of communication in this country – the City of Adelaide is also working to address an issue brought to them by the business community within the square mile, which saw slowing productivity align with Internet congestion at peak times throughout the day.

The Council’s solution to this problem is Ten Gigabit Adelaide, and, according to City of Adelaide’s chief information officer, Peter Auhl, it is not a faster horse.

“Traditionally governments may have thought the answer to that problem would be provide faster Internet, but that wasn’t going to resolve the problem, because, effectively, a lot of the Internet is a race to the congestion,” he explains.

“The primary purpose of Ten Gig Adelaide is how do we get businesses to transact over a network and take their business traffic off the Internet, and actually bring it onto private links.”

The network, executed in collaboration with TPG Telecom, will draw together 1,000 buildings throughout the city and North Adelaide (consisting of around 3,000-3,500 businesses) that can all transact amongst themselves without touching public Internet.

These businesses will also be able to connect into “cloud data centres… [such as] an Amazon service, or a Google service, or a Microsoft service,” through “interconnectors, which are effectively private fibre links, almost going into the back door of these cloud data centres. So they keep away from that congestion of the Internet,” Peter says. 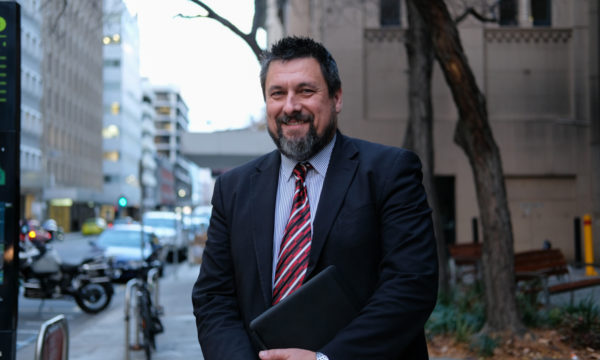 Although the technology has obvious benefits for bandwidth-intensive industries, communications infrastructure is an increasingly large part of every industry, and the benefits of Ten Gigabit Adelaide are applicable to all.

“You can imagine a future where a radiographer or a radiologist on South Terrace provides services to SAHMRI over this digital network, without having to go through the Internet,” Peter says.

“Or if you look at the creative industry, we recently spoke to Technicolor and Rising Sun and those sorts of companies… They’re heavily reliant on data networks to actually transfer information.

“We talked about the ability for us to bring together the courts admin authority with the legal fraternity and have their own private network through the city that they can transact on, and by nature it’s going to be a lot more secure, because you’re not transacting through the Internet.”

For the public, the benefits of Ten Gigabit Adelaide, as the project progresses, will not just be faster Internet achieved through a decrease in daily traffic – the network will be used to implement advances in the Council’s smart city initiatives.

“We’ll certainly be taking a number of those fibre optic cables to every traffic signal in the city, so we can start to look at: could we use more advanced technology to actually look at signalling through the city to improve traffic flows?” Peter says.

This article was produced in collaboration with the City of Adelaide.

“We really believe that [Ten Gigabit Adelaide is] an innovation; it’s a way that we can start to de-risk our economic future, it’s a way for us to de-risk some of our own infrastructure, and certainly the City of Adelaide have got very strong ambitions around becoming a smart city.”