Water, water everywhere and not a drop to drink

There’s a global water crisis looming, but when it comes to thriving with a scarce resource, it should be no surprise that the University of Adelaide's researchers are teaching the world how to do more with less. 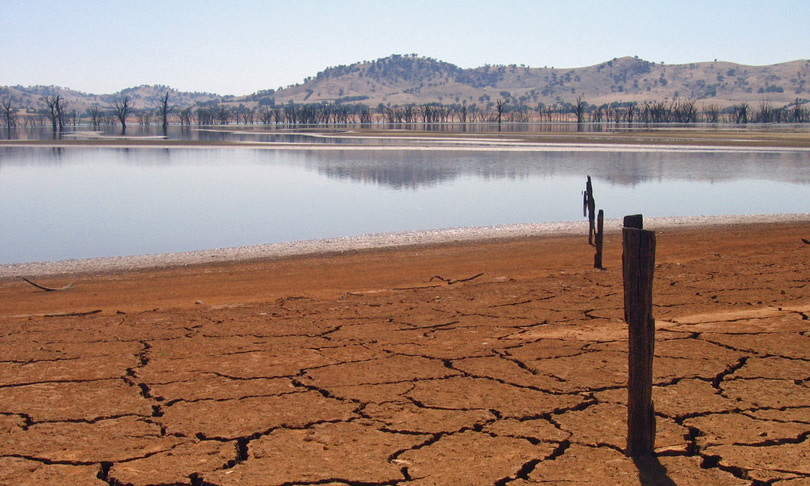 In 1908, Australian poet Dorothea Mackellar described her country endearingly as a land of droughts and pouring rains.

“Research Tuesdays is a free public lecture series designed to share how University of Adelaide research is transforming the world we live in.

Over a century later, there’s little to feel nostalgic for in Australia’s harsh extremes.

Devastating floods tear through the eastern states on an almost annual basis, and it wasn’t so long ago that the Millennium Drought brought Australia’s driest year on record, hitting the agricultural sector hard and leading to the much-maligned water restrictions here in South Australia.

With the World Economic Forum’s recent finding that the threat with the greatest potential impact is an impending global water crisis, the one positive to be taken from Australia’s last decade is that at least we’re quite well prepared.

And we need to be.

As Senior Lecturer and leader of the Intelligent Water Decision group at the University of Adelaide, Dr Seth Westra explains – tough times could be coming very soon.

“You’re probably familiar with the El Niño system that we’re experiencing; there’s a similar thing happening in the Indian Ocean and the two systems are kind of conspiring to cause Australia to dry out,” Seth explains.

“So we’ll probably feel the lack of water availability this summer, if all the forecasts come out to play.”

And in the much longer term, these conditions are only likely to get worse.

“We published a report last year that showed by … as early as 2060, [Adelaide could] have 30% less water in our water supply reservoirs, and the worst case was drops of 60% or more. And this is because of climate change,” Seth says.

“So within the next few decades, we’re really going to have to learn to deal with much less water than we currently have.”

South Australians are ahead of the curve though, with many households adopting things like water-saving shower heads, planting climate-approriate gardens greywater is a word etched into every green-thumbed Australian’s vocabulary, and most major cities now have desalination plants.

But it’s the Australian agriculture industry that carries the greater burden, as we continue to strive to be one of the world’s food bowls.

“Australia is actually a net exporter of what we call embedded water – in other words the water that it takes to supply a kilogram of beef, or of any agricultural product,” Seth explains.

“If you do the maths around that, you actually realise Australia’s a huge net exporter of water resources, even though we’re the driest continent in the world.”

Be in the know: Register here to attend the FREE WaterRisk panel discussion in-person at the Braggs Lecture Theatre, North Terrace Campus, University of Adelaide on Tuesday 13 October, and sign-up (think of it as a gym membership for your mind) to get invites to the monthly Research Tuesdays Seminar Series.

To discuss how Australia will continue to meet these obligations and keep its own population hydrated as water scarcity increases – Seth is going to throw down some global water challenges to a panel of experts next Tuesday evening 10th of November as part of the University of Adelaide’s Research Tuesday’s lecture series.

The panel discussion will offer deep insight into Australia’s drought preparedness as well as innovations in water management that can help position Australia as a leading light in global conflicts around water scarcity and allocation.