The former Clipsal site at Bowden has completely transformed, boasting a brand new neighbourhood with all the hallmarks of an old fashioned village.

Østerbro is a famous distrcit in Copenhagen, Denmark – located just north of the city centre, outside the old city gate Østerport. It’s characterised by charming four-and-five storey residences with shops, supermarkets and cafés beneath. Østerbro’s streets are a-buzz with residents walking, riding and shopping in their neighbourhood.

Come by on Market Day, every Wednesday and Saturday or call the Bowden Information and sales centre 1800 269 336

It’s a formula that works. And on the other side of the world, more than 300 years after Østerbrogade led local Danes out from behind the old fortified perimeter of the city, the former industrial site of Clipsal is doing a fine job of interpreting its design for the 21st Century in Adelaide.

“Just come down for a coffee,” says Anthony Carrocci of Buildtec and co-owner of Bowden’s latest residential offering, 354 Bowden.

“Once you come here, walk through Plant 4 and experience just a taste of life here I’m sure you’ll get why we’re so excited about this development.”

Named for the fact Bowden was the 354th allotment of land parceled up in South Australia, the medium-rise residential product is a joint venture between Buildtec and Development and Advisory.

Ben Yates of Development and Advisory says his company saw the opportunity in Bowden the same way that residents both existing and future do. 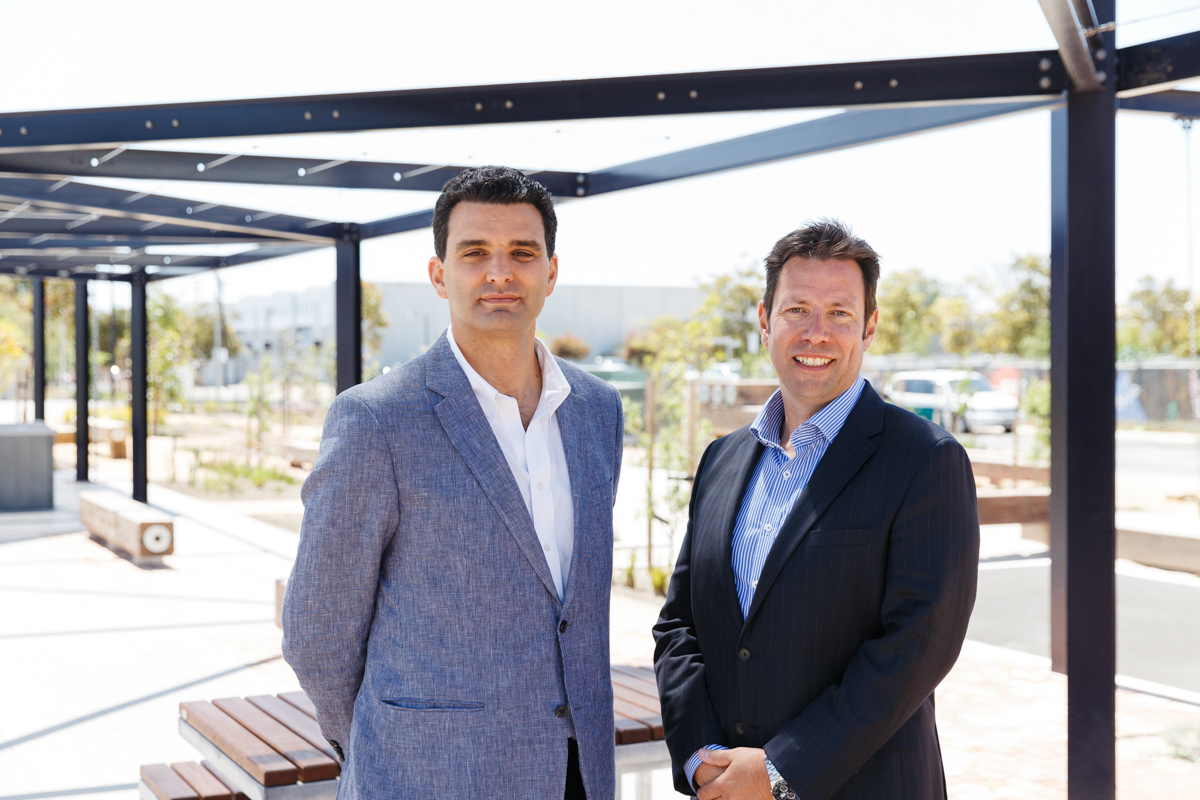 Anthony Carrocci of Buildtec and Ben Yates of Development & Advisory

“The amenity that Bowden has is what’s driving the buyer,” says Ben. “We’re seeing a lot of people aged 25-35 active in this market but the demographic is really varied as people look to change their lifestyle, move away from car dependence and show a real preference for walkability and community over isolation.” 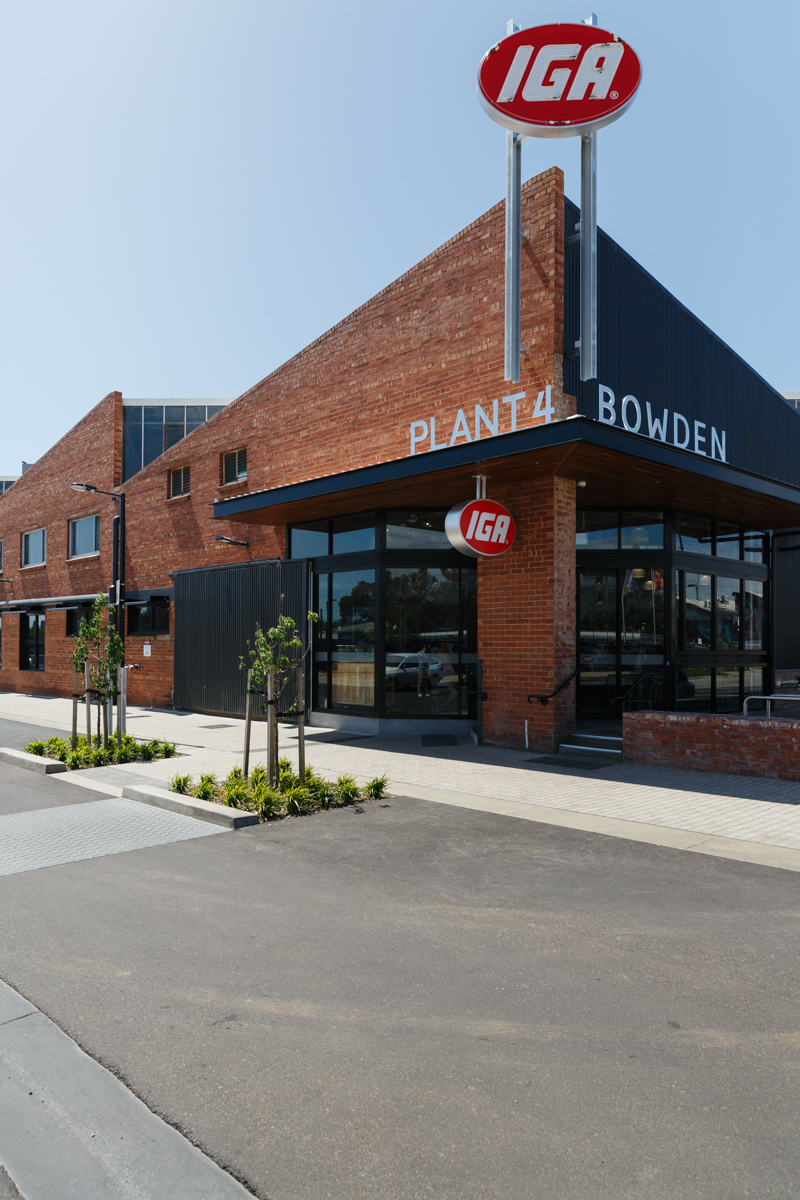 The converted Clipsal Warehouse has become a market place for Bowden, anchored by an IGA supermarket

354 Bowden is the premium allotment of the neighbourhood, bordering the large Town Square to the north of the recently opened Plant 4 markets and IGA, it is a site bathed in sunshine and convenience.

“We’ve just launched our first release, On The Lane, to market,” says Anthony continuing, “and we’re having a great response from the community about the offering.”

Hames Sharley Architects were engaged by Buildtec and Development and Advisory to lead the design process and create a mixture of one, two and three bedroom homes with spectacular light, ventilation and privacy.

“The great thing about using a national practice,” says Ben continuing, “is we had these great sessions together where they brought in different experts from across the country with ideas and experiences that have resulted in some superb designs.”

And this is where 354 Bowden starts to look very different to Postcards from Østerbro. The social architecture of Copenhagen’s streetscape is alive in Bowden with local bakers, cafés and grocery stores creating a community atmosphere but then a development like 354 Bowden gives residents a world-class and completely modern escape from the hubbub beneath.

Apartments feature kitchens that spill out onto patios and balconies beyond – bathrooms with generous showers and bedrooms with ample storage. And while you mightn’t need your car for day-to-day use, each apartment at On The Lane has an allotted car park underground for easy escapes to the country; driving for joy rather than work!

354 Bowden is an exciting opportunity, smack bang in the middle of one of Adelaide’s future historic developments – the perfect launch pad for a modern life with old world charm. 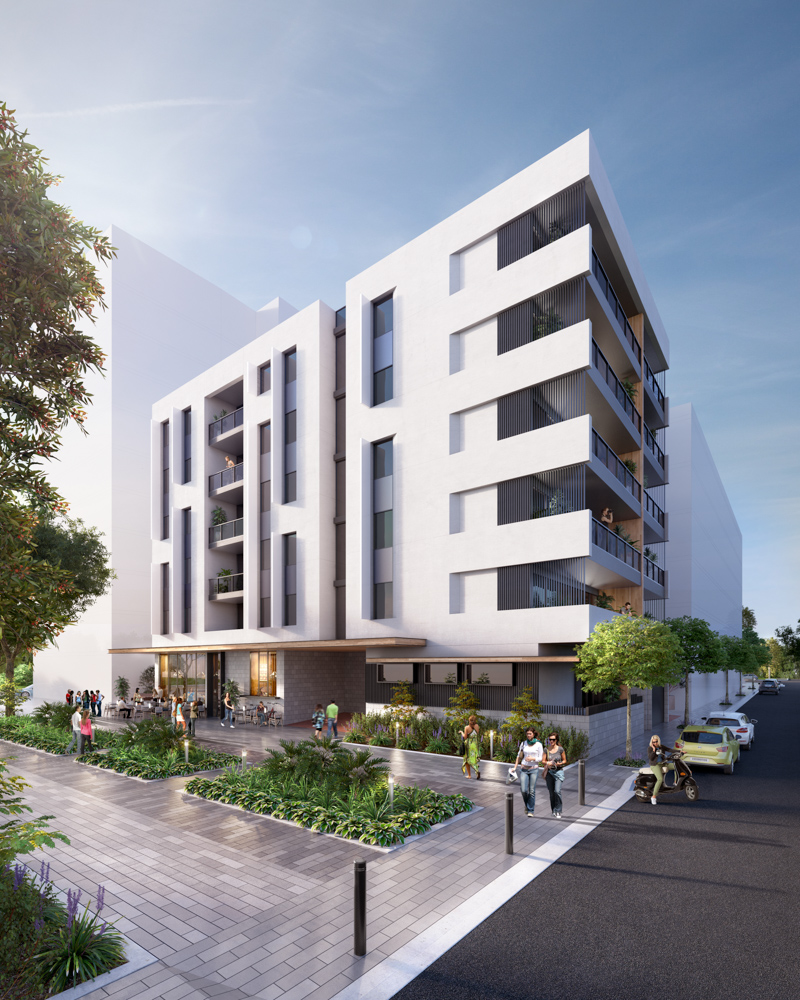