It’s early in the career of 23-year-old Ollie English to have nabbed himself the feature track on a national television commercial, but when the South Australian Tourism Commission offered the classically trained guitarist the gig he saw it as the opportunity of a lifetime. We travel with Ollie from his home, out the back of Blackwood, deeper into the hills to discover more about his connection to this place and why he feels so lucky to be alive.

“Me and my dad used to do Spanish classical concerts at Christmas,” says singer songwriter, Ollie English. “We’d be in Christmas hats and play Spanish music on the guitar in front of the family.”

Ollie shares this snippet from his childhood moments after getting into a car with two people who – moments prior to that – were complete strangers. Ollie English is open like that.

Over the next four hours we spend with the musician – driving from his home out the back of Blackwood in the eucalyptus forests of Glenalta deeper into the Adelaide Hills – Ollie reveals the bedrock of his musical fixation. This is a 23-year-old with a solid handle on our modern world and its political and social tensions, but also an old soul without avarice whose musical journey is pulling him into a communion with nature and reconciliation with fate.

There’s an early moment in Ollie’s film clip for Holy Water where the camera frames his profile. When the camera pans around Ollie’s face you see a scar above his left eye as it catches the light and makes a trail across his brow about four centimetres long.

We hadn’t asked him about the scar, but he’s touching it now and telling us. Ollie and his brother were very young when the incident occurred.

“We were younger and we had a spat and he was about 15 metres away and he just – it was a great throw – and he just speared it at me,” says Ollie.

“It could’ve ended much worse,” Ollie says – pausing momentarily, “but it didn’t – so there we go.”

The story spills out of Ollie as a matter-of-fact. Ollie is open like that.

“Everything can change in an instant,” he muses as he restrings his guitar.

We’ve brought Ollie to Villetta Porcini – André Ursini’s new dining project at his property in Mylor. We want to connect André and Ollie because the pair share a philosophy about the long-term value of protecting and preserving South Australia’s environment. Also we think Ollie’s music would pair well with the dining experiences André is about to start offering at Villetta Porcini and this visit could act as a bit of a cheeky audition for the musician.

“Oh yeah,” says Ollie. “He gave me all his Pokémon cards. It was only an inch away from my eye.”

Making music and cooking are passionate pursuits. And while André doesn’t offer any near death anecdotes of his own, the pair do swap stories about their craft and realise the exposure to criticism they both cop as a result of doing what they do.

“This one woman came up to me in Port Macdonnell,” starts Ollie, “and she said, ‘you’ve got a beautiful voice but you play funeral music,’” he tells us.

“Often when people are highly critical it’s more of a reflection on themselves,” says André. “I tell my staff that all the time. You’ve got to understand why people lash out is rarely anything to do with you personally.”

It’s an ingrained part of our human condition to focus on the negative, on what’s missing rather than what’s there, we suggest. When you run your hand across timber you feel the splinter – not the smooth.

“It’s difficult, yeah,” agrees André. “I only concentrate on negative feedback. I gloss over the positive stuff.”

Under our discussion Ollie has been quietly strumming his guitar. In the same way a footy player appears more complete and comfortable idly bouncing a ball before training, Ollie’s presence now fills out the space and transforms the scene into something entirely enchanting.

Ollie hums now under the pluck and strum of his guitar strings – still audible as his fingers hark against the wires as he moves up and down the neck.

There’s a river in this music Ollie’s playing, a momentum that lifts everyone at the table.

“It’s like a train mate… I don’t write blues music myself,” says Ollie, acknowledging the riffs he’s currently playing belong in the cannon of Albert King and Stevie Ray Vaughan, “but it’s where I draw from – that connection. I understand that when you’re playing the blues you’ve really got to feel it. Then you take that feeling into what you’re writing, whether or not it’s even blues music, you’ve still got to feel it.” 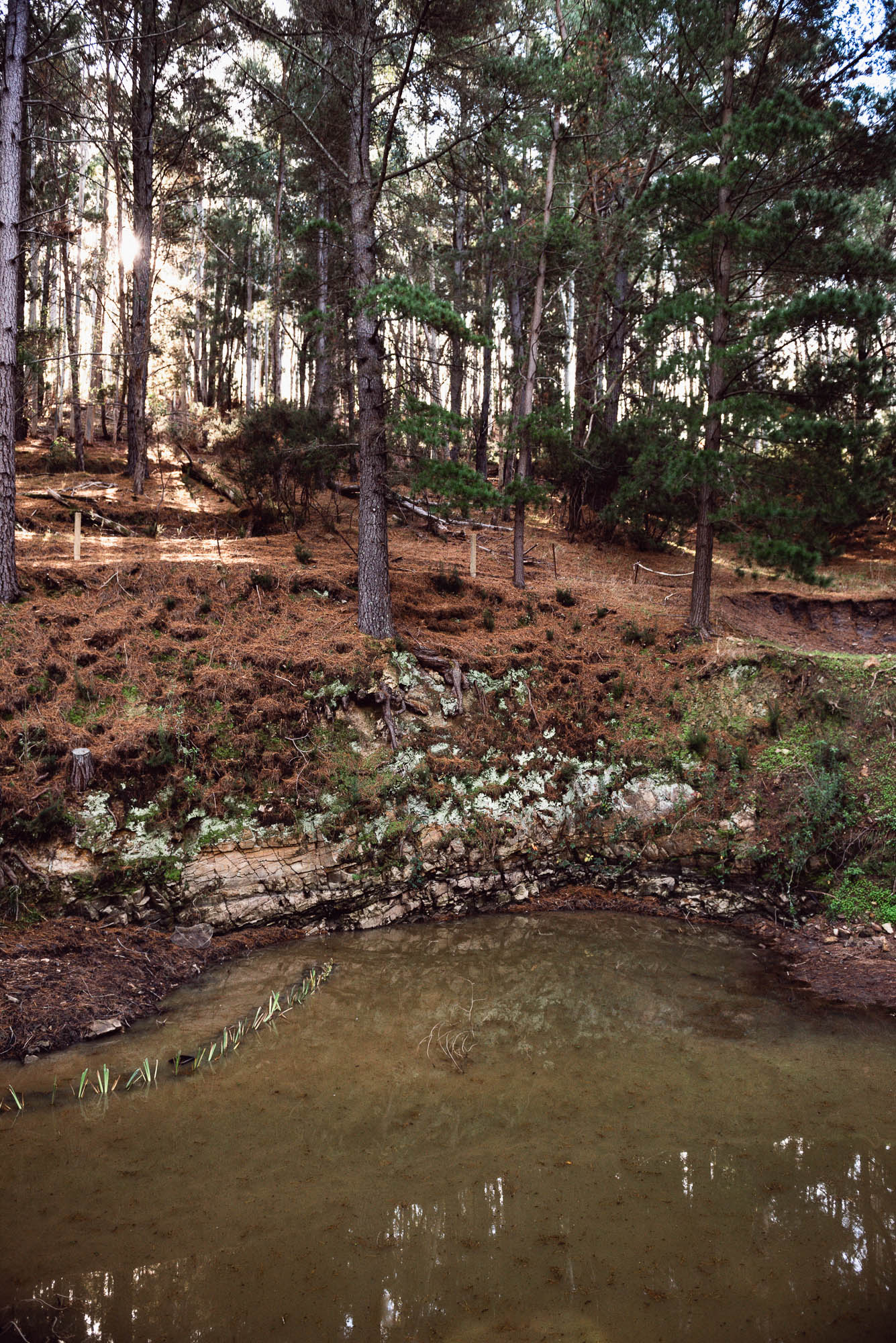 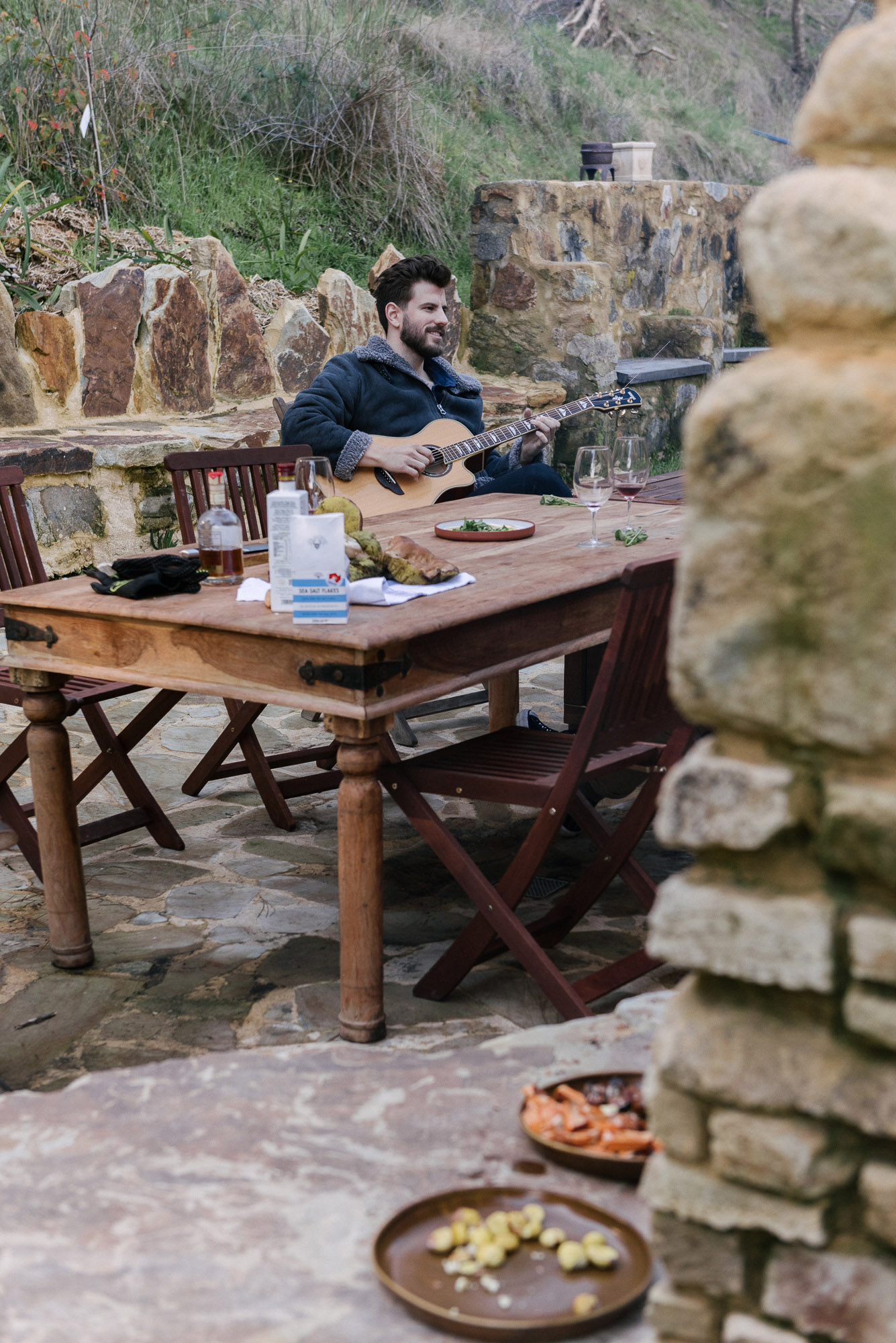 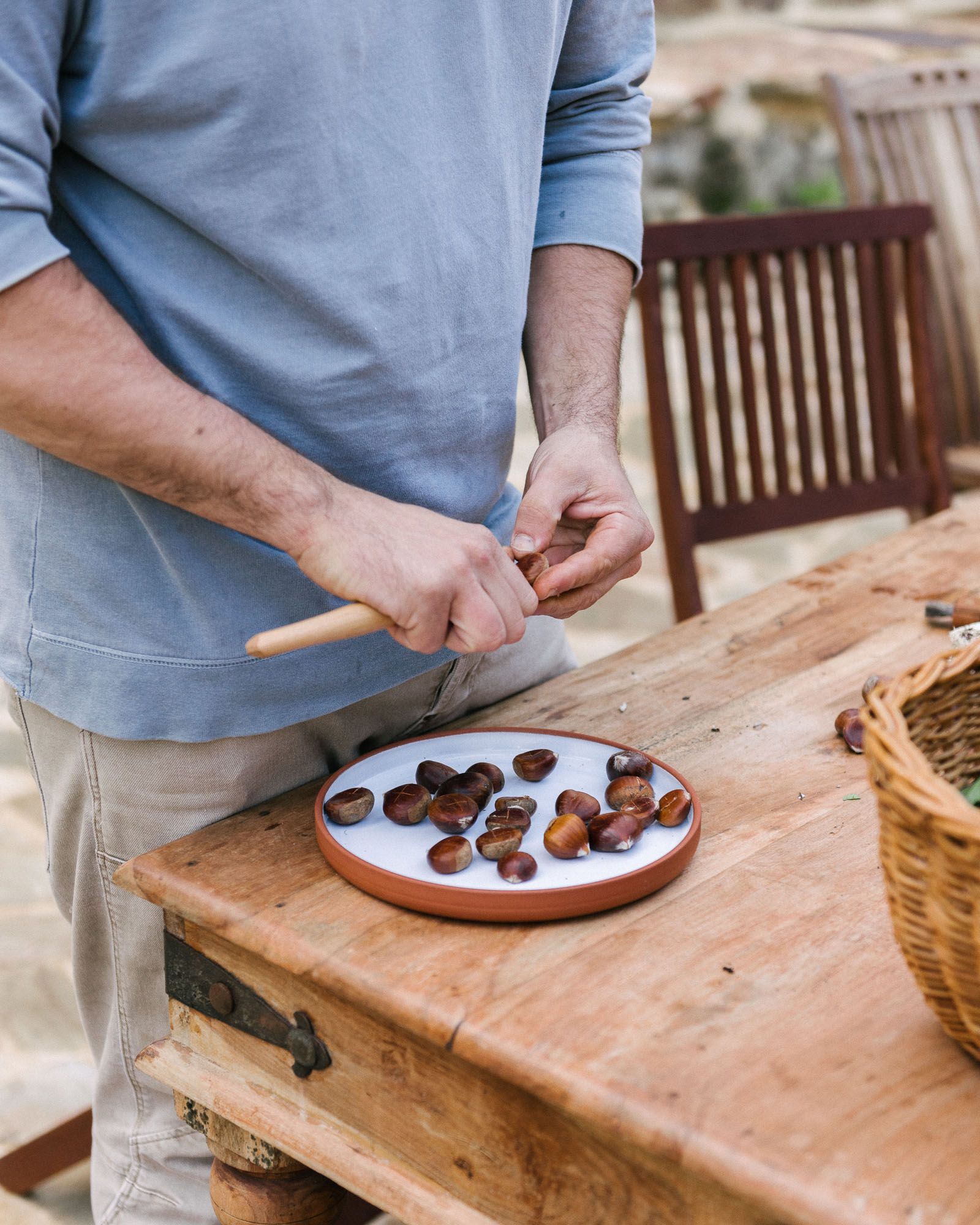 Holy Water has a depth and cadence that evokes the great names of the rhythmic tradition of America’s south. And maybe it was that southern connection which drew the South Australian Tourism Commission to the song. Certainly Ollie remembers the day he was contacted by the Commission about Holy Water, thinking it coincided with the recent release of his film clip for the song.

Having his music considered for the same job as someone like Nick Cave gives Ollie a great sense of pride.

“For SA Tourism to get behind local music like they have done previously and with me, makes a big impact,” says Ollie. “They could be using big acts – international acts – but they’ve chosen to use a local musician and that support goes a really long way. Being able to see my song beamed out on TV and on the Internet is huge.”

Of course it would be any young musician’s dream to have their music reach audiences around the world, but for Ollie, the connection of his music to South Australia is also sincere.

“Artists support the culture of the state and then SA Tourism are supporting that culture and the beauty of our state to attract other people to come and see it,” says Ollie. “It just makes sense that they’re working with South Australian artists to achieve this.”

On a recent camping trip to the Flinders Ranges with his partner, Ollie wrote a song Stones, which was inspired by the ancient land up there. “It’s one of the birth points of the planet and it’s just six hours away,” Ollie says emphatically.

“I feel like sometimes we become really disconnected from nature but, also, it doesn’t take long for us to reconnect.

“We’ve got this incredible place that we live in called South Australia and if we continue to respect that and take care of this place we’ll have so much more in the future,” he says.

As if on cue André plonks down some bowls of pasta for us to eat. “It’s like four ingredients,” he says nonchalantly and then – stabbing a large slice of porcini mushroom from among the broad ribbons of pappardelle pasta – he finishes, “straight out of the earth.”

Late last year we learnt the term terroir – which we had always understood to mean ‘earth’ or ‘dirt’ – is actually more meaningful than we first thought. Terroir describes not only the dirt of a region but the culture of that place, its people, its art and its music. It’s impossible to discern where the influence of one thing stops and another begins.

Here, in the Adelaide Hills, as we listen to Ollie gently hum the sound of an old American art form, stab at freshly harvested porcini mushrooms brought here as spores on old pine trees from Europe, and chew on chestnuts roasted in the coals of fallen eucalypts, it’s impossible to decide where South Australia’s unique terroir begins and ends.

We can’t help but soak in this special place André has created and wonder how it’s possible to feel so at home and connected to the Adelaide Hills in winter and to Ollie, whom we’ve really only just met.

“I think we feel it all the time without having to go into really deep and meaningful conversations about it,” says Ollie. “Like when you come to a gig and you feel something and you feel connected, I feel that’s a form of connecting to your spirit – to your place in this world.”

This story was made in partnership with the South Australian Tourism Commission
Explore the Adelaide Hills this winter, visit SouthAustralia.com to discover a whole world of wonder in your own backyard.