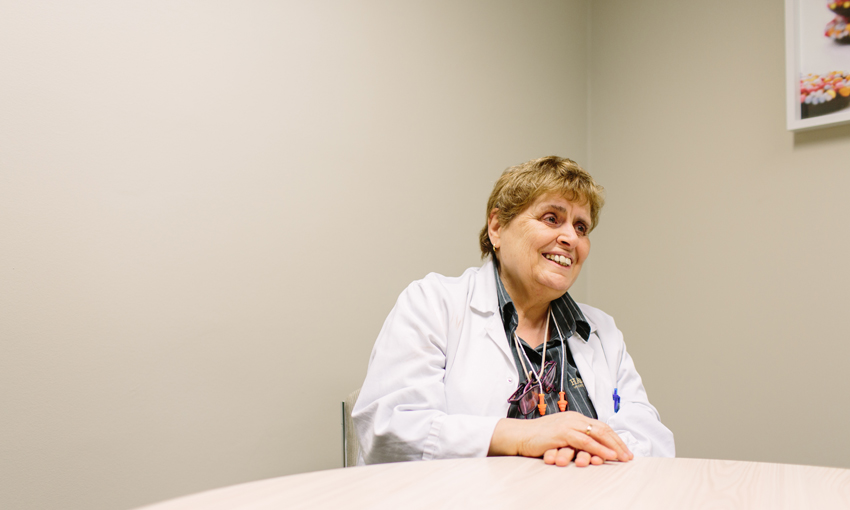 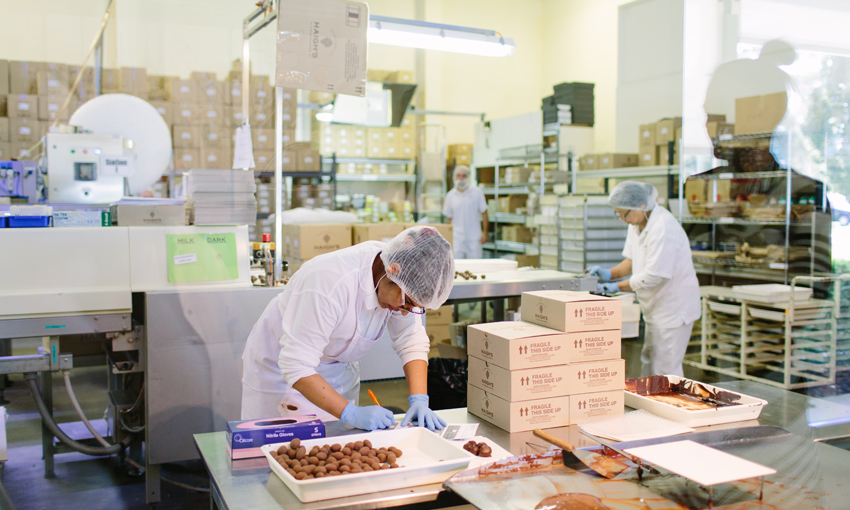 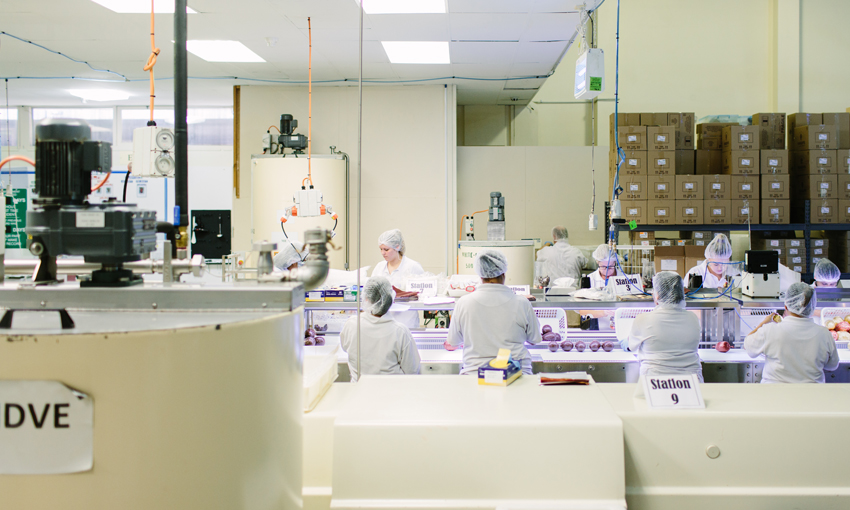 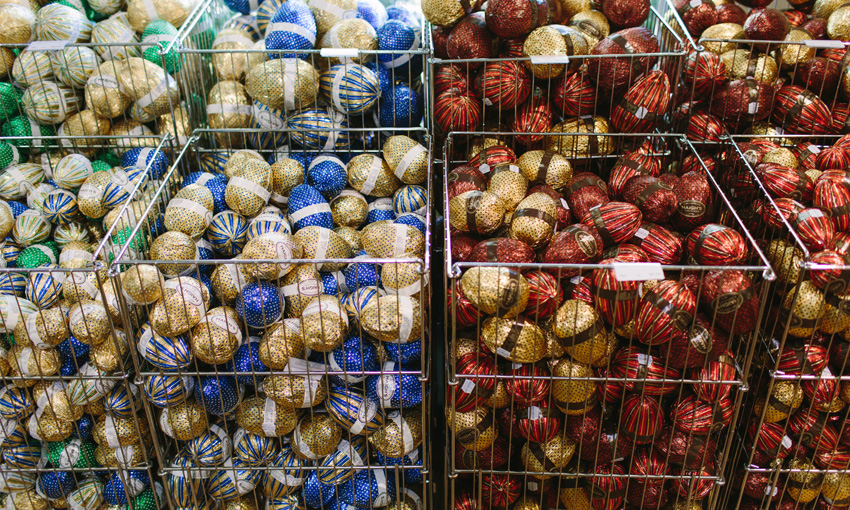 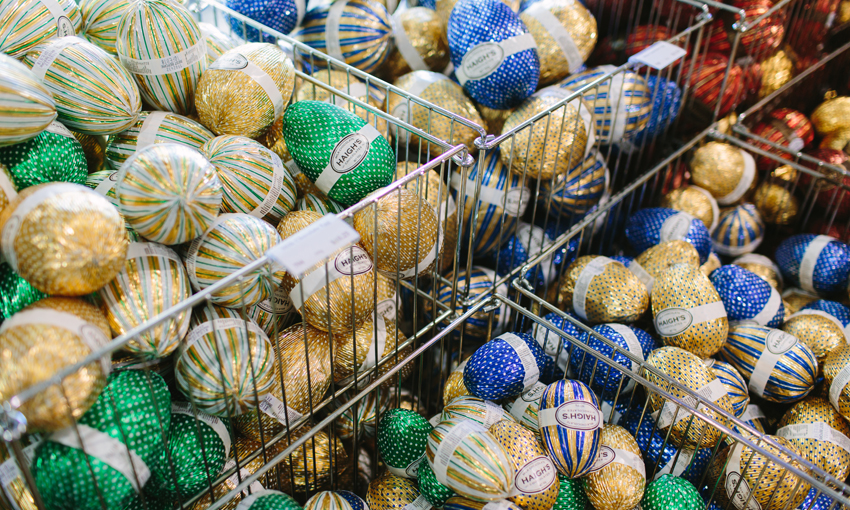 She and her family arrived in Australia from Malta when she was 15, and Katy found herself immediately faced with a life decision: education or career?

“My poor Aunty Grace, she passed away now, she said ‘do you want to go to school or do you want to work?’ I said ‘no school,'” says Katy.

“She [said] there’s a factory down from here – because we used to live over on Glen Osmond Road. Do you know Glen Osmond Road? So, we go there and there was this man standing there wearing white, and Aunty Grace said ‘do you have a job for this girl?’ He said ‘yes, you start tomorrow.’ And that was it.”

Katy is a training officer now, but she began her career at Haigh’s making boxes. There was a smattering of jobs in between though.

“I was marking chocolates on the enrober, team leader, foiling Easter eggs, and worked in dispatch years and years ago. We used to also have a little shop in the visitor centre, and I used to do that as well. It was just a little tiny shop with the seconds. I used to love that.

“Every year I used to look after the the Easter staff cutting foils and everything. We still do them by hand like we did when we first started – still the same way. Nothing has changed with the Easter eggs at all.” 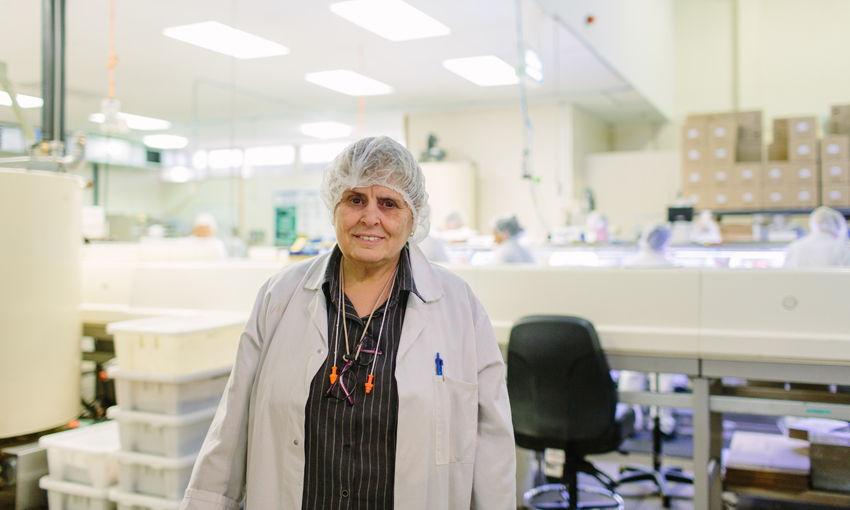 Though nothing seems to have changed much with Haigh’s Easter eggs, Katy tells us that a lot else has.

“It’s been good darl, there’s been a lot of changes. I mean, the whole place has changed completely. We only used to have about 30 people work in the factory. We never had any machinery. We were hand dipping [the chocolates] all the time. Now they have machines… Even the bilbys, they’ve changed [the packaging], but they used to be a challenge.

“You see, before, we used to have to make our own bows, whereas now it’s already done. Before, we used to have do it, and if it’s not in the centre, oh my goodness gracious. It used to be a sin,” Katy laughs. “Oh yes, so particular with the ribbon. Sometimes it was very hard to fold that ribbon to make it exactly in the middle.”

To be exact, the number of Haigh’s shops across the country is now 15. The number of employees now sits at 550, and the tonnes of chocolate produced per year sits at 750.  Not bad for a business that fifty years ago was comprised of 15 staff members, and only made chocolate on Mondays.

Katy says that, over the years, she’s seen many faces come and go, but that with those who stick around, it’s family.

“Theres’ a lot of memories, there’s a lot of friends. We still keep in touch. Today even, we had one who worked here 30 years ago came back to visit.”

Katy’s presence, her happiness, and even the existence of the notorious Twenty Year Club (each year the business puts on a big lunch for employees who have worked there for over 20 years) is proof that Haigh’s is a business that is about more than just money making.