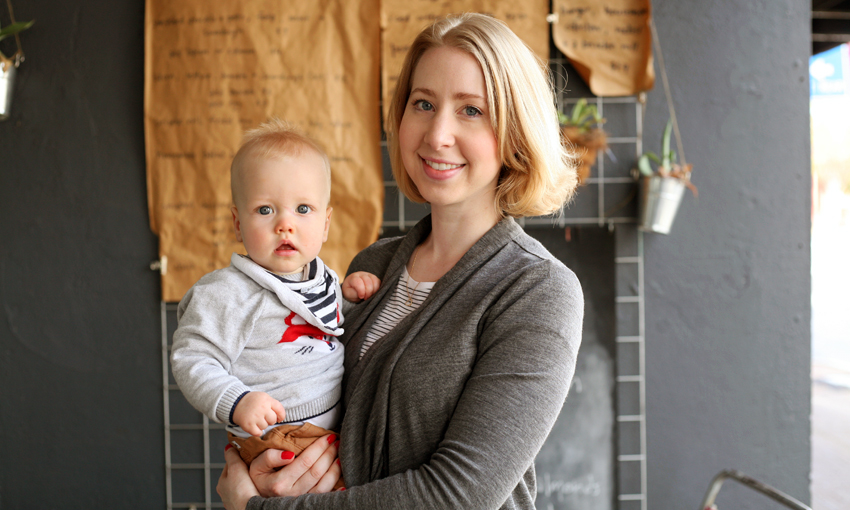 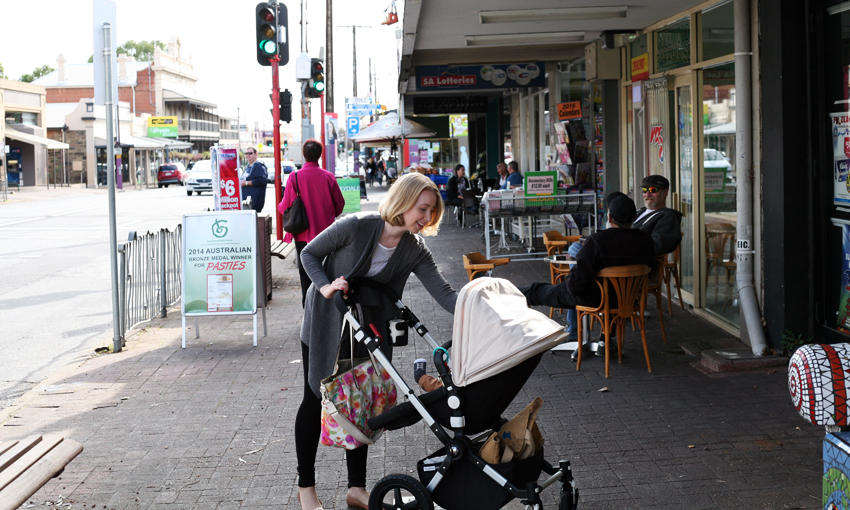 There are two seemingly contradictory forces that make up the character of Goodwood Road.

CityMag has spent this week on Goodwood Road. These profiles are part of a series called Mainstreet Week, where we look into the past, present and future of Adelaide’s highest profile strips

Check out other profiles in our Goodwood Road series:
Two Sisters Food and Wine
Pretty Petals
Trouble and Strife
The Basin Haircutters

The first is the eclecticism that sees smatterings of public art adorning stobie poles and park benches out the front of lawyers’ offices and accounting firms.

The second is the sense of community amongst business owners, evident in the heartfelt recommendations they have for their neighbours.

“It’s got that small country town feel but it’s, you know, five minutes from the city.”

Nicole need not have even mentioned it, because by 10:30am on Monday that small town feel had already enveloped us. While we’re chatting to local café owner – Jim Zikos of Ginger’s Coffee Studio – a group of school children enter the business, led by a local volunteer, selling muffins they’d made at the community centre next door.

“The money goes to an orphanage in Cambodia and so far we’ve raised $1600,” volunteer Martin Hunter says, as CityMag hands over the change from our back pocket.

“And Ginger’s have been great because they actually invited us in… The bank, the newsagent, the flower shop, the post office, chemist, electronic cigarette shop there – they’re always good for anything up to half a dozen.”

Martin is endearingly upbeat as the children leave and we continue to discuss the area. He introduces CityMag to Sofia, who owns the chicken shop a few doors down and is waiting in line for a coffee, and suddenly the entire scene seems almost too sweet, but such is the charm of Goodwood Road.

It’s a tangible, old-world style of community, and one completely befitting a street that holds a state heritage-listed cinema as its crown jewel.

Inside the Capri Theatre

Built in 1941 and purchased by the Theatre Organ Society of Australia in 1978, The Capris Theatre is emblematic of the area itself – putting the effort in to retain its fundamental charm, but also being sure to stay relevant.

Just as you can find screenings of recent releases and old classics, so too can you find a traditional butcher, greengrocer, baker, and bottle shop on Goodwood Road, melded with quality restaurant offerings like Kazbah, Yeti Nepalese and Candela, and completely new-age stores like Everything Vegan and The Vape Store.

It’s a mix not lost on the local residents either.

“We bought our place in Goodwood by accident,” says Hannah Martin-Skerm, who recently moved to the area from the Adelaide Hills.

“But it’s really got everything you could dream up for the perfect place to raise a child.”

One of the original selling points for Hannah and her husband, Morgan, was their new home’s 3km proximity to the Adelaide Central Markets, but Hannah says the street has everything she needs and the young family haven’t been going to the Central Market nearly as much.

“Shopping locally, forming relationships and contributing to the development of this place makes you feel good,” she says. “It feels good to look after the people around you.”

Now back at work two days a week, from Wednesday to Friday Hannah and son Hugo are home alone together, but it’s only a short stroll for them both to escape the confines of their home and participate in the community around them.

“I met a friend doing Pilates across the road at Physio Studio while I was pregnant, Hugo has a friend from childcare who lives five-doors-down from us, there’s a chemist, bakery, post office, a great Japanese restaurant En and a little wine bar we love.

“It’s got everything,” says Hannah.

The future does hold some change for Goodwood Road; a large-scale beautification process is currently underway that will see power lines undergrounded and the entire streetscape refreshed, and while most business owners we spoke to tell us it’s entirely needed, what they’re concerned with is maintaining the well-defined Goodwood charm.

“I think one of the best parts about it is that it’s unpretentious,” Jim says.

“That’s what I love about it. It’s really grounded. It’s a beautiful thing.”

With attitudes like that on the street, we’re sure Goodwood will remain Goodwood for a long time to come.