Experience Kuitpo up close with Fox Gordon at Winter Reds

For Fox Gordon's co-owner Rachel Atkins, the perfect way to experience Kuitpo during Winter Reds is a guided hiking tour of the region followed by a paired Nepalese lunch prepared by CBD restaurant Gurkha's.

After 15 years of releasing wine as Fox Gordon, Rachel and Sam Atkins found themselves wanting to broaden what their brand could mean to people.

“Just reflecting on when you get to your late 40s, you’re mindset and where you want to be, I actually did a lot of work with a mentor about goal setting and passions and things like that,” Rachel recalls

“We wanted some other visions – let’s not just be about the wine. What do you like to do when you’re having wine? You like to eat, you like to have friends over.”

“So what we’ve done with Fox Gordon is aligned the business with our values, which has been really important to us.”

Winter Reds is happening across the Adelaide Hills from 26-28 July.
See more events in the Winter Reds program here.

Over the last year, Fox Gordon has moved out of its King William Road frontage and debuted its on-site cellar door – a tall and expansive structure kept cosy with crackling fireplaces.

As much as Fox Gordon is about making beautiful wine representative of the Kuitpo sub-region, Rachel is now designing experiences to match based on her and Sam’s own interests.

“I’ve got books about meditation up here, so we do yoga sessions, hike around the forest, have a brunch. It’s still definitely about enjoying the wine, but it’s about creating other experiences around it,” Rachel says.

This year, for the Adelaide Hills wine festival Winter Reds, Fox Gordon is hosting Little Nepal, an event that will see a group of 40 ticketholders led through a hiking tour of Kuitpo, led by Gabrielle Enright of Free Spirit Wellbeing, followed by a paired lunch prepared by Adelaide CBD-based Nepalese restaurant, Gurkha’s.

“We’ll have all the braziers out and a sit-down lunch in here. And then you can just wander outside,” Rachel says.

“We’re going to have a big bonfire, we’ve got heaps of stuff to burn, and you’re still in your activewear and your gloves and your beanie, so it’s not about having hair perfect – it’s about food and wine and rewarding yourself after a hike.”

The concept behind Little Nepal comes from Rachel’s own experience hiking Nepal, which she started a few years ago through meeting Paralympian Katrina Webb at an Adelaide Crows leadership course.

“When I was in Nepal, the itinerary was very closely curated, and you didn’t know that it was, because from the morning to the evening you just didn’t have to think and everything you did was wonderful,” Rachel recalls.

“[Little Nepal] is putting everything together – how to enjoy yourself, relaxing and actually switching off. Appreciating what’s around you.

“I’m a big fan of appreciating beauty, but just getting your shoulders down [while] still having a lot of fun and enjoying the wines we’ve lined up.” 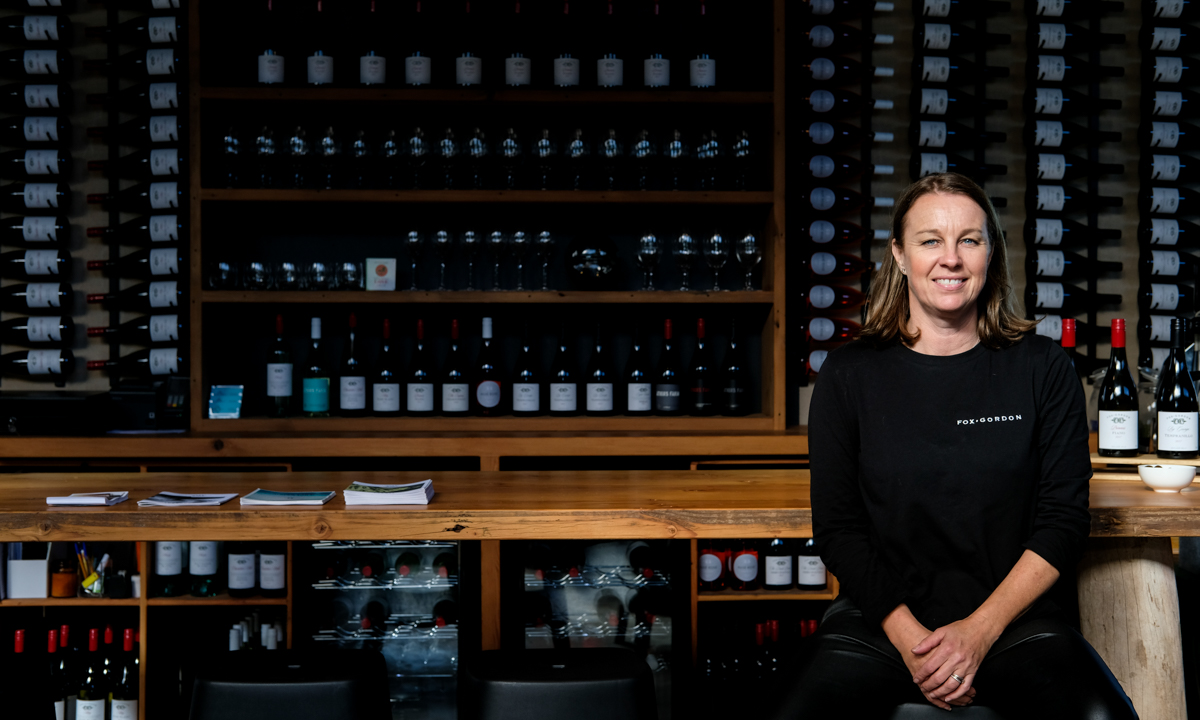 Part of the leadership course Rachel attended involved yoga, meditation and mindfulness, which she has brought into her role as a boss and businessperson.

This revelation came at a time when the pressures of running a business the size of Fox Gordon all the while raising a family were mounting – common story in a small- and medium-business state like South Australia.

“I was just exhausted. And it is the mouse on the treadmill,” Rachel says.

“The pressure for people between 40 and 50 is just huge. People want to go back to work, they’ve had a career, they may or may not have children, but everyone’s just getting burnt out.

Rachel has even introduced walking meetings into Fox Gordon’s work schedule, allowing her staff some time away from screens and amongst nature.

There is great benefit to being in the open air amongst the pines and shrubs of Kuitpo, taking time to, as she says, lower your shoulders and take in the sights and sounds of the forest.

And there’s no better time to share in this experience than during Winter Reds.

“I thought what’s winter in Kuitpo like?” Rachel says. “And for me, it feels like hiking through the forest, just spending three hours on a cold, crisp Kuitpo morning just hiking.”

Little Nepal is happening on Saturday, 27 July from 10am ;til 4pm. Tickets are limited, so purchase yours now.

Fox Gordon’s property from above