Adelaide’s CBD is going through growing pains as our population densifies and apartments become the new normal. But, the sensitive architectural approach of the currently-under-construction, 21-storey high Bohem building shows how living closer together can also mean living better. 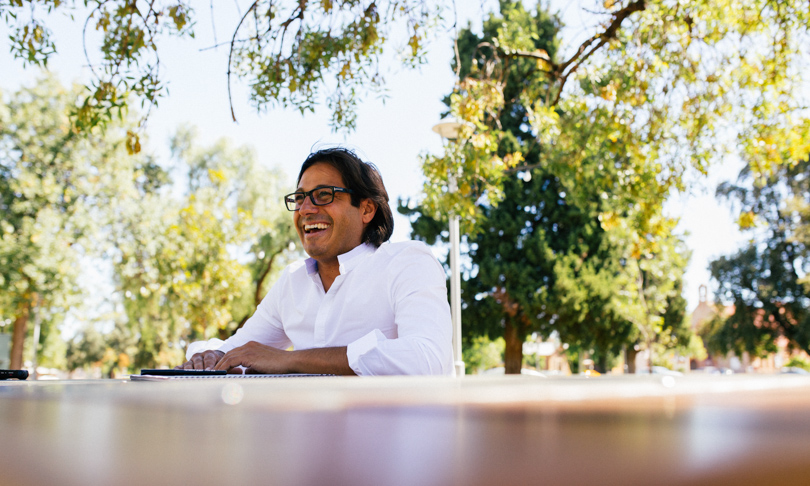 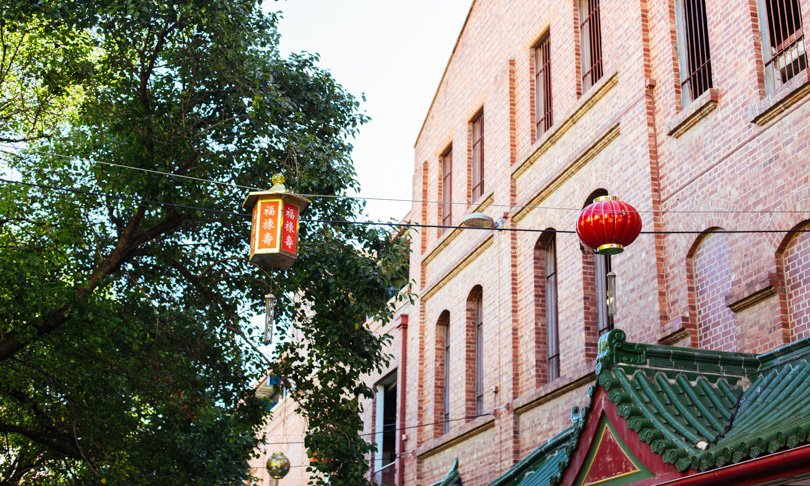 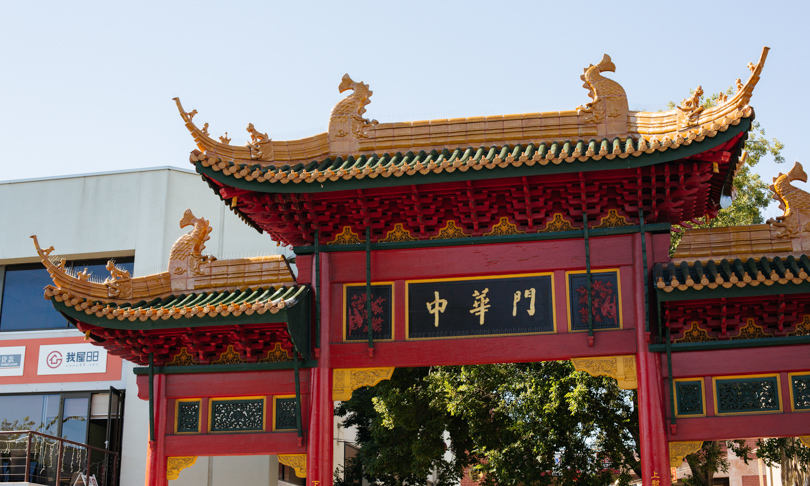 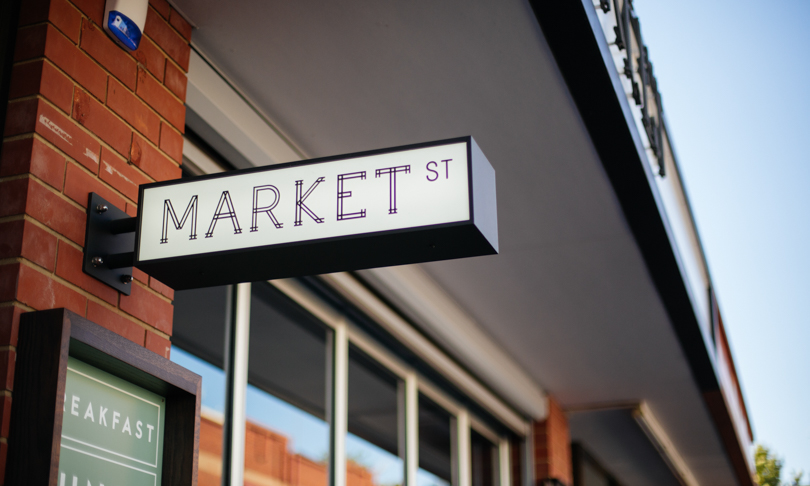 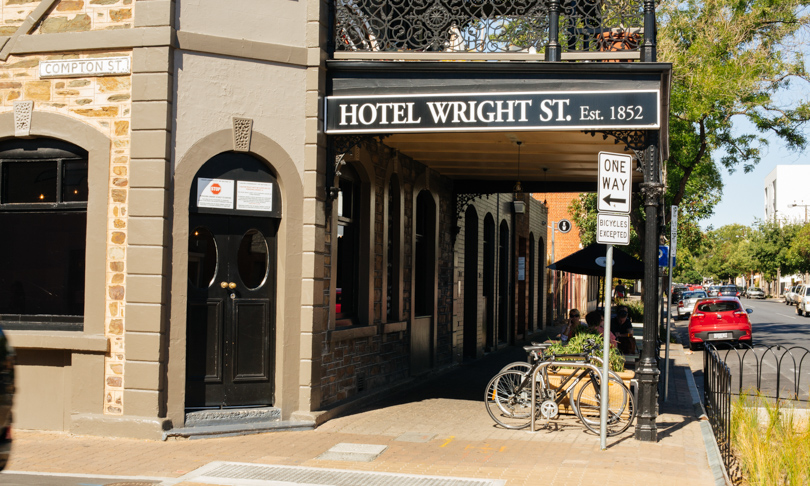 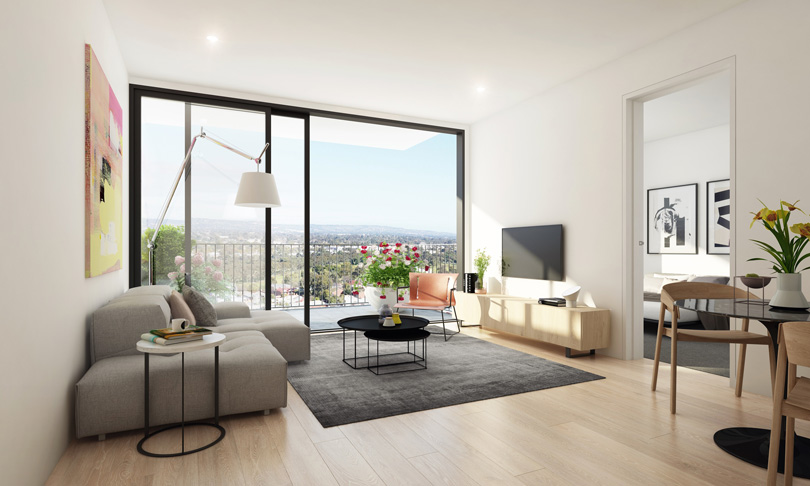 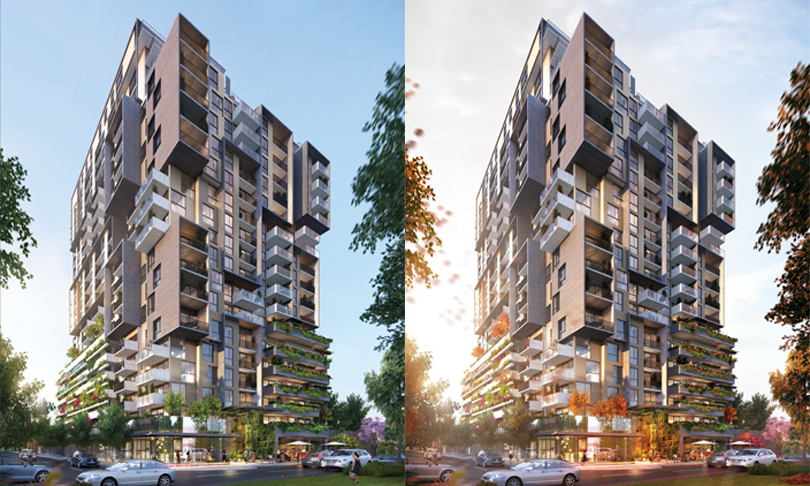 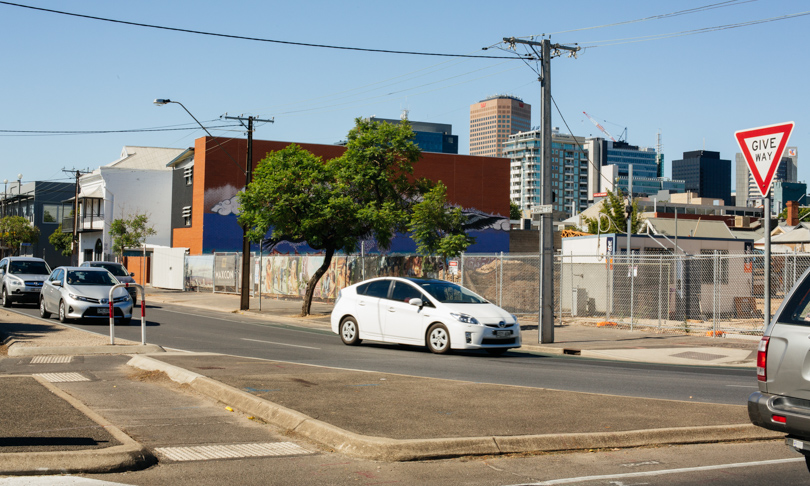 For an architect, designing a 21-storey high apartment building next to a park and in a part of the city known more for its miners’ cottages than its multi-storey monoliths presents a unique challenge.

Bohem is located at 150 Wright Street and construction is currently underway. One, two and three-bedroom apartments are available from $339,900.

Visit the website, or the sales centre at Level 6, 431-439 King William Street, Adelaide on weekdays 10am-4pm.

The location of the under-construction Bohem, just around the corner from the Central Market and Chinatown on Whitmore Square, is natural, neighbourly and small scale. Making the building feel truly a part of that atmosphere required some innovative thinking on behalf of architect Enzo Caroscio.

Using liberal application of greenery, Enzo and landscape architects Tract have blurred the lines between the character of the surrounding district and the boundaries of the new building.

“The original brief from the client was, ‘I don’t want to see the building start and stop where the park is’,” says Enzo. “There is a road in-between, but when you’re standing in the park what you will see is a five-storey sort of podium that is landscaped.

“We’re not trying to be too clever – green walls don’t work in Adelaide because the climate is too harsh, so instead we have green climbers similar to the climbers they have in Adelaide Oval. They will be allowed to grow up the five storeys and we will have wires that help them grow and climb.”

Because the building is located on a corner site – fronting both Morphett Street and Wright Street, Enzo has also worked hard to make sure it fits in with the two differing aesthetics each road brings. A “L-Shaped” design, in which the Wright Street part of the building is lower than the Morphett side, negotiates the split between quiet residential street and bustling thoroughfare.

In other ways, though, the corner setting has been a blessing for Enzo, who has been able to incorporate air and light flow into almost every bedroom and living area – something rarely seen in Adelaide apartment designs.

“A lot of apartments in Adelaide will try to get more apartments on the site, but here we have prioritised form over quantity. Every apartment has natural daylight and I think we have about 70 per cent cross ventilation because we’ve introduced a lot more corner units.”

Designed with the understanding that the Australian lifestyle tends toward the BBQs-and-backyards of suburbia, Bohem incorporates all the elements of a traditional home setting with its long list of amenities.

Each apartment features a balcony that is at least 2m deep, something Enzo says is important because then “you can actually sit out there and use it” while the pool deck features BBQ areas, picnic tables under vine-covered canopies and an island bar from which to serve your guests.

A gym with views over the city via its floor-to-ceiling windows gives the option of around-the-clock exercise, although Enzo says he would personally be more inclined to go for a bike ride with his daughter in the nearby Southern Parklands.

Each floor that houses these facilities and apartments is being built using a carefully curated palette of materials that studiously avoids any hint of “concrete jungle”.

“I hate fake materials and that is where the surrounding buildings that have been here for a hundred or so years come in – you have to mix the old with the new and that’s what we’re trying to do,” says Enzo.

“We have metal and we have glass, obviously, and we have raw concrete which I love. We are leaving it raw and then we are putting a weatherboard finish on it, which is sort of like a timber finish in an old ’60s style.

“It is going to change with the seasons as well, because the plants in the landscaping will change and the materials will change as the difference in natural light affects them.”

At the leading edge of defining the kind of homes that will house the tens of thousands of people set to move into the city in the coming decades, Bohem is making sure things are done right from the get-go.