Back to the front

One of the city’s oldest pubs, The Edinburgh Castle has seen many incarnations in its close to 200-year history. The most recent takes the place back to its foundations. 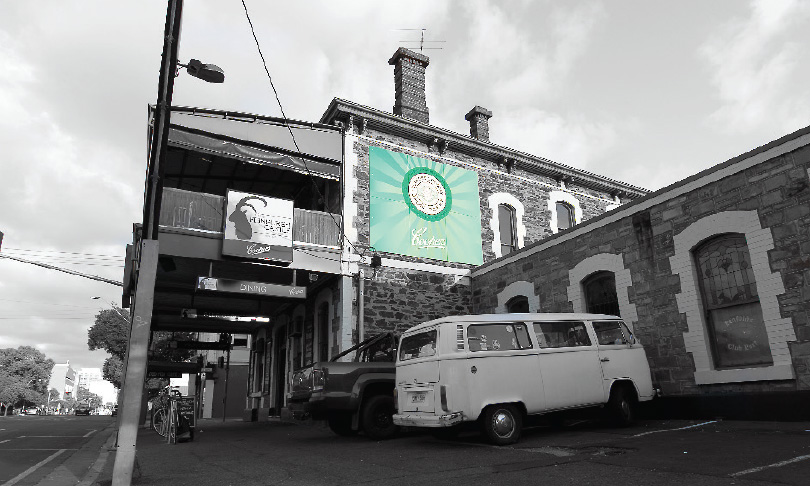 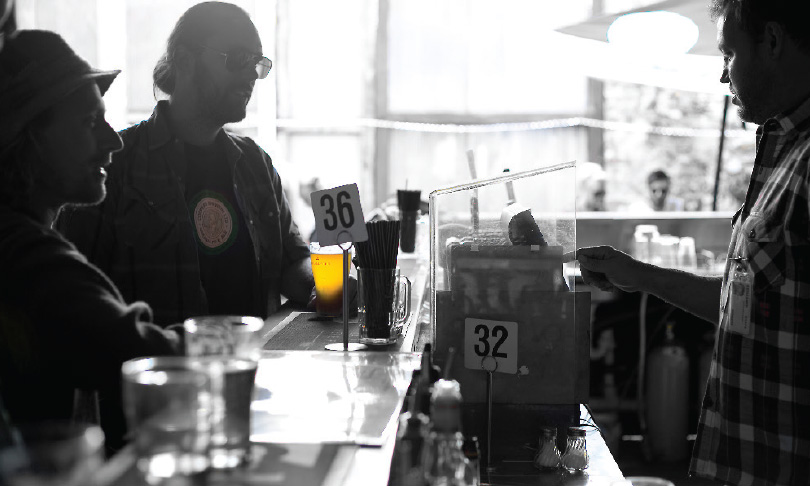 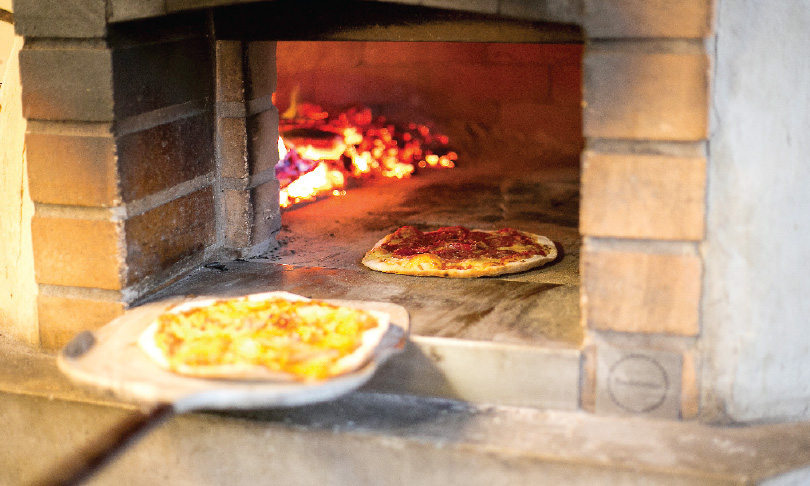 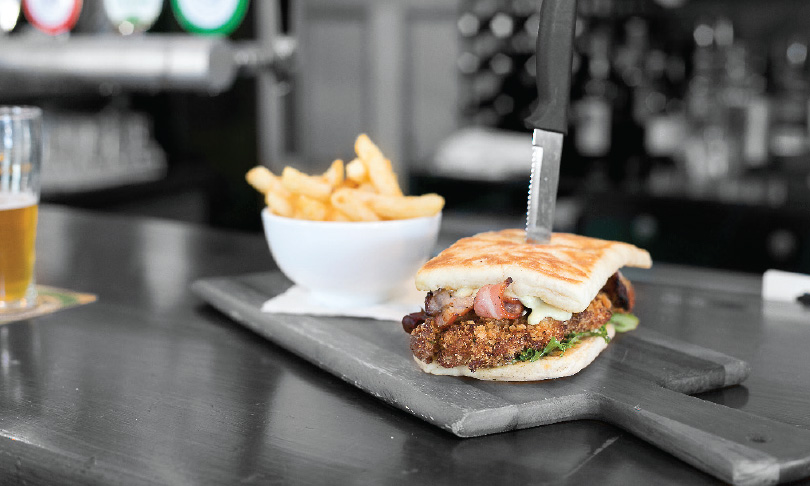 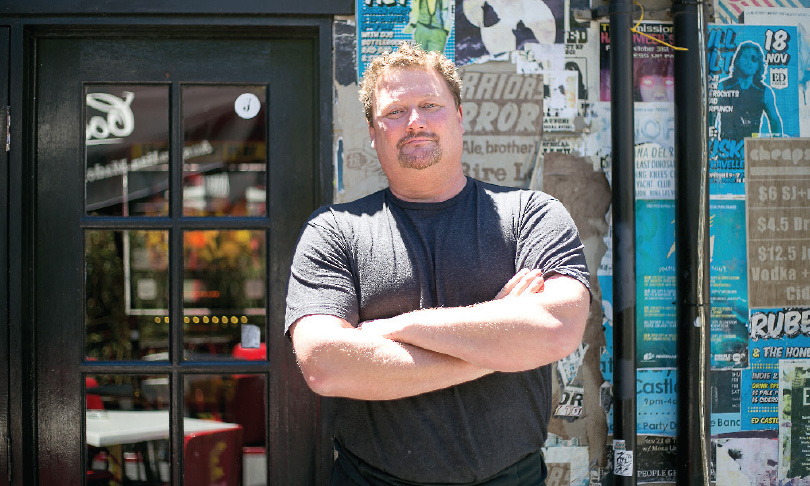 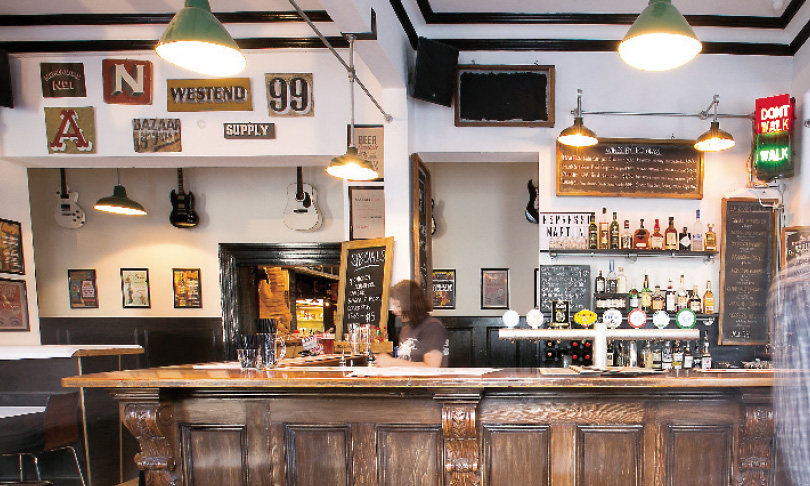 His pub, originally known as Guthrie’s still stands at the corner of Gray and Currie Streets in Adelaide’s NorthWest corner, known today as the Edinburgh Castle Hotel. Relatively unchanged since construction, the pub has gone under many different guises in its 178-year history but this year it has taken strong steps to revitalise its tradition as one of the state’s foundation pubs.

Former gallerist, Tony Bond purchased The Ediburgh Castle in late 2013 with a mind to restore the venue’s heritage. Previous owners of the pub had removed the front bar and pool table, which this year have been replaced.

“It didn’t make any sense in my head, why anyone would remove a front bar from their pub,” says Tony while literally scratching his head. But it’s not a formply-fronted-with-tiles-and-anodized-steel-top bar but rather a classic timber construction with ornate embellishments fitting of the hotel’s established date. “I salvaged the bar panels from the old Victoria Park Racecourse,” says Tony.

With the new bar just installed, the publican has been able to further realise plans around returning the Edinburgh Castle to, what Tony refers to as, “a simple, local pub”. Beer and wine is at the forefront and South Australia’s family brewers, Coopers keep their strong connection with the pub with their classic Sparkling and Pale on tap as well as a showing from the Thomas Coopers selection. The support from Coopers also provides the perfect segue for Tony’s passion for supporting the small, emerging craft brewers in the state.

“I was working with a lot of artists and now I’m working with craft brewers and it’s not that dissimilar.” – Tony Bond

“It’s kind of like when I had Gallery 139,” explains Tony, “I was working with a lot of artists and now I’m working with craft brewers and it’s not that dissimilar.” The Edinburgh Castle boasts close to 20 different craft beers in the fridge and a quality list of small batch wine producers the pub continues its recalibration in the kitchen.

Executive Chef and part owner of Amalfi restaurant in the city’s, East Brenton Loughnan has recently bought into the Edinburgh Castle with Tony to help steer the kitchen toward a first-class pub meal reputation.

Already a pioneer of the $10 menu Brenton takes a deep breath when we question him about what wriggle room he has on such a value-driven menu. Exhaling his answer is surprisingly simple.

“There’s little things I’ve done already to get things in order,” he says. “Previously the kitchen was buying in their schnitzels frozen. This was both more expensive and less tasty than making schnitzels from scratch. So we’re crumbing fresh chicken now, saving money and putting out a better product in the process.” Chatting to us while working, Brenton disappears momentarily only to return with one of the best and perhaps most daunting looking ‘sandwiches’ CityMag has ever encountered. “The Chicken Caesar,” says Brenton proudly as he lays down a chopping board with a 25cm sandwich atop. Easily sharable this new menu item is a hint at the direction Brenton is seeking to take the kitchen in. “The chicken is done the same way we do it at Amalfi and the Caesar dressing is the same dressing I created while working at Jolley’s Boathouse almost 15 years ago, you know, when Caesar salads were trendy,” he finishes with a chuckle.

Looking around the Edinburgh Castle you can see a simplification has taken place. Coloured walls have been brought back white. Original artworks by young artists adorn the walls as well as some iconic typographic work, inside and out, by sign writer Tristan Kerr all speak to the new character of this iconic pub in the city’s NorthWest. And while postcode 5000 continues to grow in popularity and people return to live in the city, their local pub at the corner of Gray and Currie Streets will be ready for them.