A river runs through it

Connecting Adelaide Central Market to the Riverbank precinct is about more than creating a thoroughfare for the city – it’s showing the way for better investment in Adelaide.

It’s 7AM when Derek Crozier flicks the switch and lights up Bonobo, his hole-in-the-wall café on Bank Street. The apple green La Marzocco coffee machine is primed and ready, but so too is the banana-yellow, industrial-sized digger outside his shop.

“When the City of Adelaide and Renewal SA came to me and first mooted their plans for upgrading the street I was really worried,” says Derek.

At that stage, Bonobo had only been open a matter of weeks and all the research and planning Derek had done before signing his lease did not include a strategy for cyclone fences and backhoe loaders. 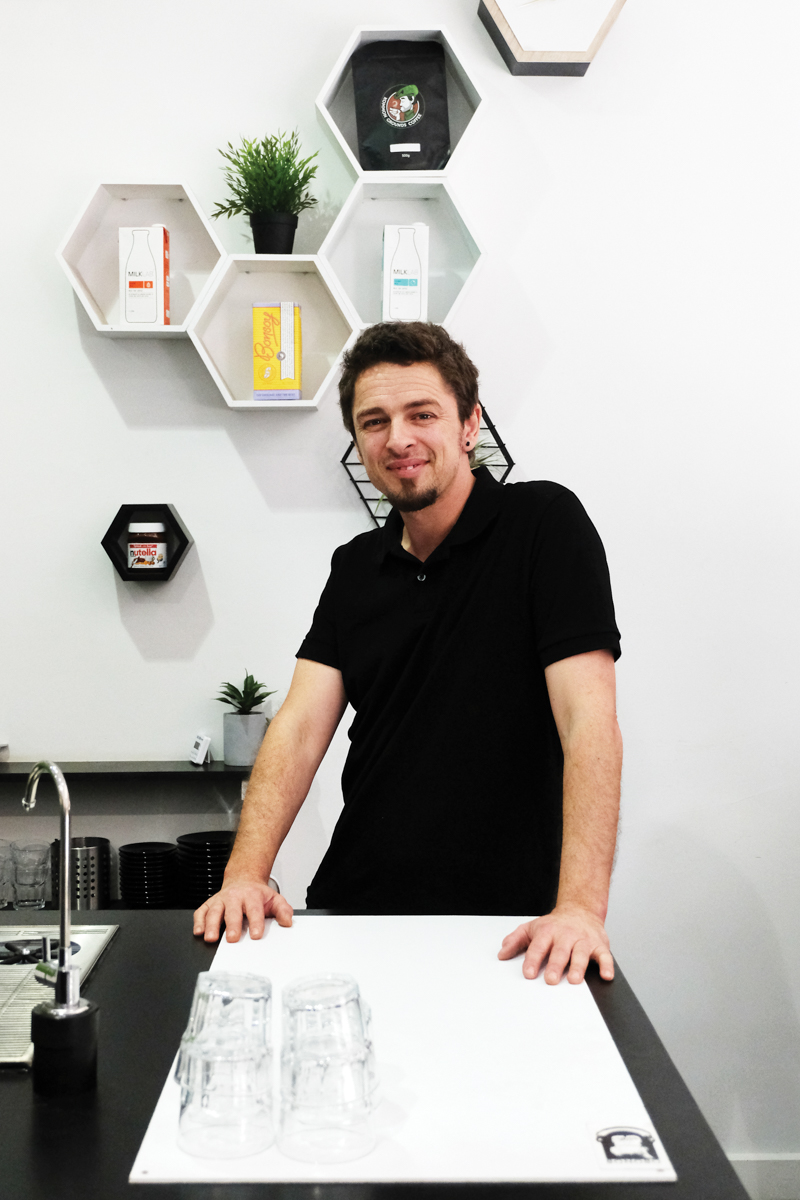 “But to their credit, both Renewal SA and the Council were really transparent, there were meetings to review the proposed design of the street, all the tenants along the street were invited to give feedback and I’m always getting letters to update me,” says Derek.

“Short term pain for a long term gain,” he says as he froths the milk for a perfectly velvety piccolo.

They’re Derek’s words but they aptly sum up the massive design and infrastructure project spearheaded by City of Adelaide and Renewal SA to create a safe, comfortable and interesting pedestrian route connecting the city’s iconic destinations; Adelaide Central Market to the Adelaide Riverbank. 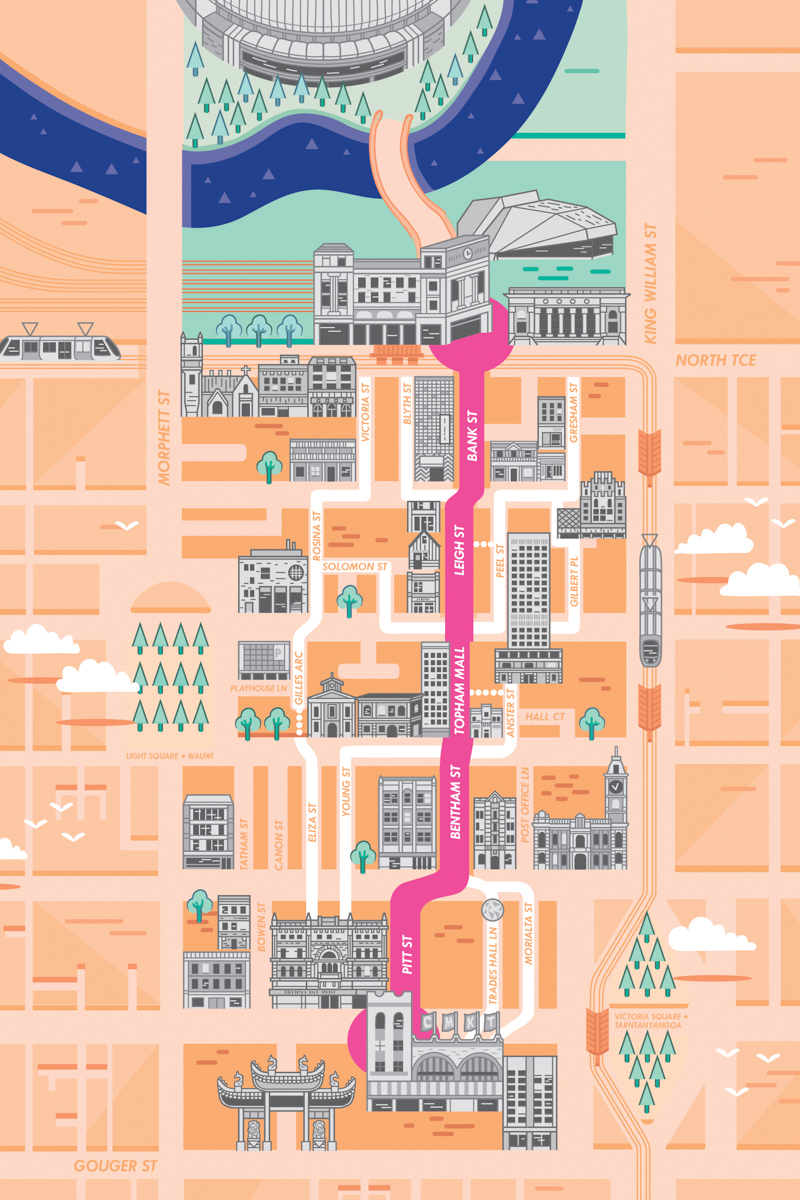 Defining the route from Market to Riverbank

Early demonstration projects along this route have now been rolled back to make way for more permanent work to connect North Terrace and Grote Street.

One of the most important discoveries from those early demonstration projects was how Council and Government work best together.

General Manager of People and Place at Renewal SA, Georgina Vasilevski, says the success of this new way of working with the City comes down to teamwork. 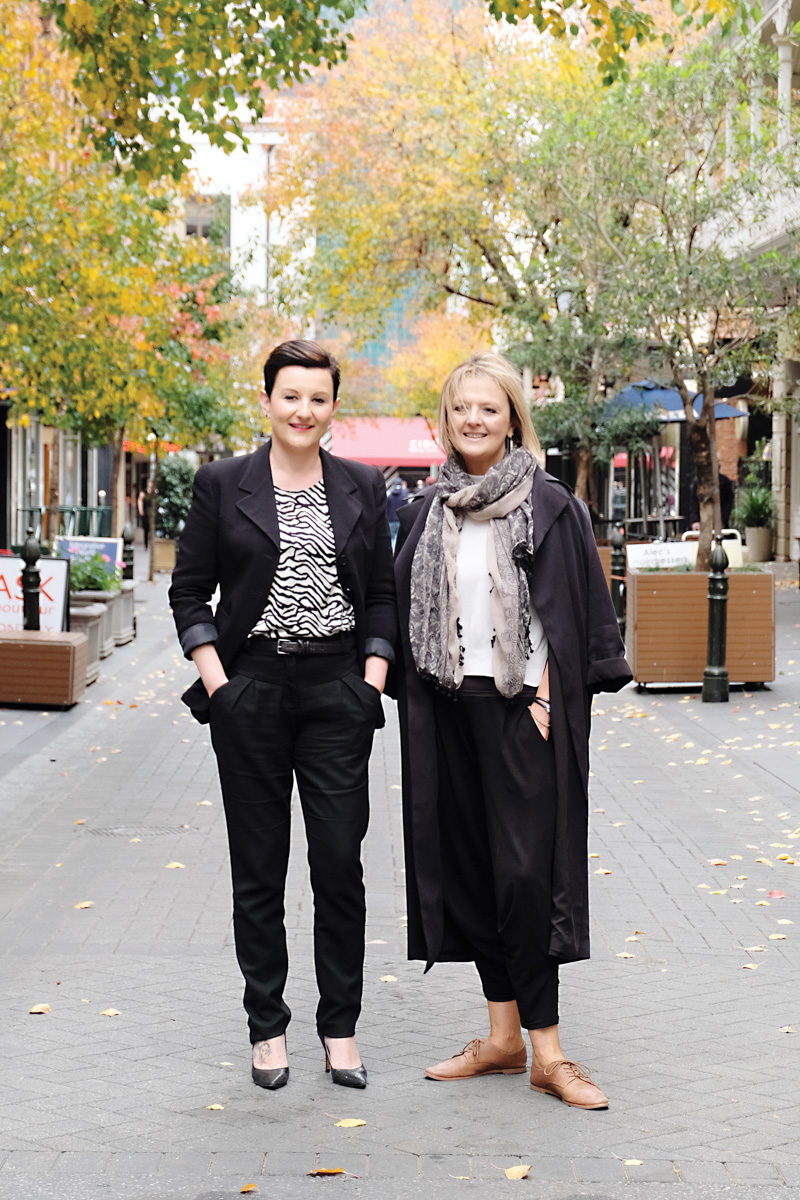 “It’s not so much 50-50, but rather that we are one project team. By combining our resources we have put together a diverse team of people who are working together to deliver for our great city,” says Georgina.

Director of City Operations at City of Adelaide, Beth Davidson-Park said, “The most important thing we’ve recognised separately and together is that we’ve got the same common goal,” says Beth. “It’s about asking ourselves, where do we want to get to? We’re all here with the same purpose.”

“By answering the question of, ‘what sort of city do we want to be?’ then we can establish how our work builds towards that goal in a really honest sense,” says Beth.

In 2008 Renewal SA established a community training and employment model to maximize community and social inclusion benefits from their urban renewal projects.

This program connects local job seekers with opportunities to train and upskill in strategic industry sectors aligned to the State’s economic priorities. It creates a clear pathway into employment and real on-the-job experience.

For Wayne Smith, a graphic designer from Zimbabwe who immigrated to South Australia from the United Kingdom, the Works Program has been literally life-changing. 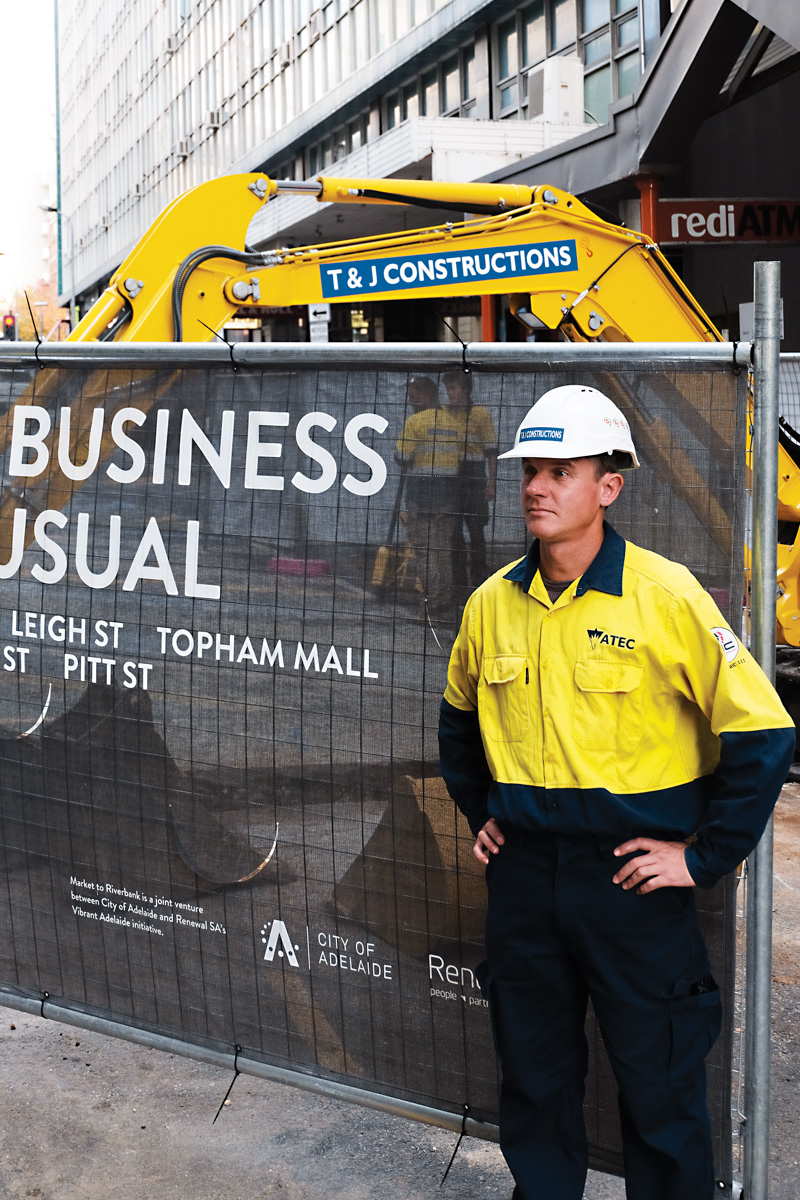 “I was getting to that point in my life and career as a designer where I couldn’t escape the work,” says Wayne. “I was taking it home with me, I was always thinking about it.”

We’ve met Wayne on Bank Street where he’s about to commence a week of work experience on-site with T & J Constructions, the SA company who successfully bid for the Bank Street upgrade.

“Working in the warehouse at Cheap as Chips one Christmas, then at TT Logistics and Fielders – I discovered a different life for myself and the Renewal SA Works Program was that perfect next step into the construction industry,” says Wayne.

Travelling his own path across the globe to Adelaide, Wayne can see the sense in connecting the Riverbank with the Market.

“Oh it will be a vast improvement,” he says.

“I’m really excited to be a part of building something and contributing in this way to my new home.”

Back at the café with Georgina and Beth, Georgina gives good context for the project.

More than the new seating, or paving, or trees, or public art that may result from Renewal SA and City of Adelaide’s investment, the true dividend for the city is far more human.

“Cities are fundamentally about people, where they like to spend their time and meet up is at the core of what makes a city work. The transformed link will provide meeting spaces and new experiences for the community.”