Why aren’t more women cycling in the city?

According to a recent national survey, only 11.4 per cent of females in South Australia cycle, compared to 23.6 per cent of males. Researchers and cycling advocates say better infrastructure is needed to increase the number of women commuting via bicycle. 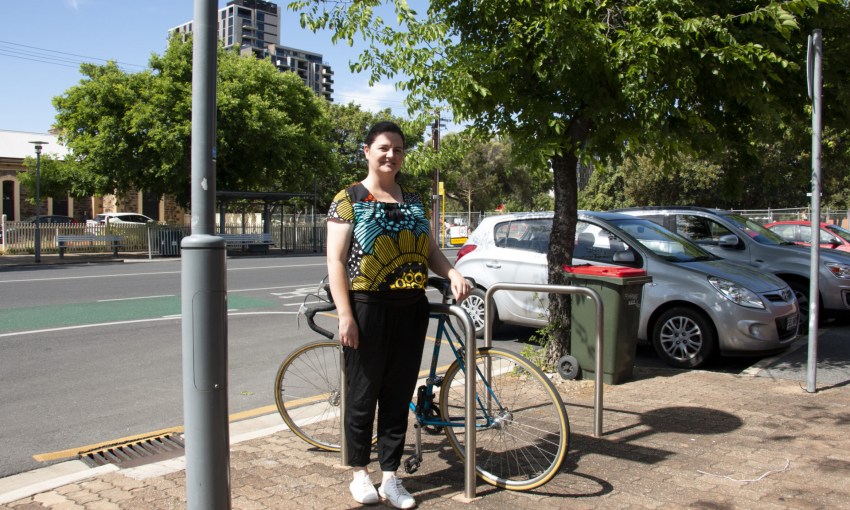 “I get the irony,” the mother-of-two tells CityMag.

“It’s always hard to get people, or women who are cycling there, because they want to do it but they don’t feel safe to do so.”

The protest, called Babes on Bikes, was part of the advocacy work Sarah  — also a City of Adelaide senior social planner, currently on maternity leave  — was doing in the realm of social planning and matrescence (which is a person’s transition into motherhood). Sarah organised the protest because she doesn’t feel safe cycling in the city and surrounding suburbs.

She does still occasionally cycle, but she is one of the few.

According to the most recent National Walking and Cycling Participation Survey, 23.6 per cent of men said they’d cycled in the past seven days, compared to 11.4 per cent of women.

A recent City of Adelaide report shows a similar trend, with 2020 data revealing just under a quarter (23 per cent) of all the 9600 cyclists counted on an average October weekday presented as female.

Sarah’s own fear of cycling stems from an incident in 2018 when she was heading home from the Christmas Pageant on Morphett Street with her two-year-old son strapped on the back of her bike. She was sideswiped by a car. It was just one of a series of close encounters that made riding seem too stressful.

Eventually, the mental load of plotting hazard-free routes, through quiet backstreets and off main roads, took the joy and ease out of cycling.

“It just felt like an irresponsible thing for me to do,” she explains.

But now, with another child in tow, she’s had enough. She wants those responsible for creating cycling infrastructure, particularly in the city, to address the lack of female cyclist commuters.

CityMag speaks with Sarah on 30 November, weeks after the Babes on Bikes protest. She has since sent a petition to state and local government representatives calling for improved cycling infrastructure to better support women, children and families.

“We don’t believe signs and paint on the road are enough to keep us safe,” the petition says.

“We need separated bike paths that provide an integrated and direct route to the places we need to go.”

So far, she’s heard back from a few City of West Torrens councillors and Labor MP Jayne Stinson offering tailored solutions to specific areas. Sarah says she has not heard a response from Adelaide Lord Mayor Sandy Verschoor.

A City of Adelaide spokesperson said the Lord Mayor receives hundreds of emails each week and she endeavours to respond to them all in due course.

“Should we receive [the petition] in a more conventional way, we would respond,” the spokesperson says. 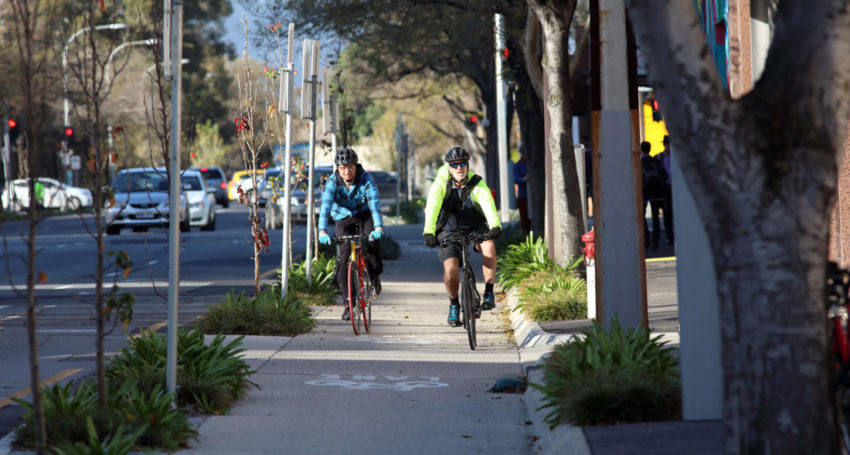 Women are considered the ‘indicator species‘ for bike-friendly cities. This term means the safety and practicality of a cycling network can be judged by the number of females who use it.

In the City of Adelaide, we’re sitting at just 23 per cent. But in countries where cycling is safer and more prevalent, such as the Netherlands, Denmark and Germany, there’s often no gender discrepancy.

Sarah says, according to her experience, Adelaide’s infrastructure noticeably favours one type of commuter.

“When you’re sitting on your bike at the lights, you look around, and it’s always men of a certain age,” Sarah says.

“Visually, there’s so much evidence of who that’s set up for.

“All of our infrastructure at the moment caters for the x per cent.”

The trend is global. International data show women around the world are less likely to jump on bikes than men. Another study found female commuter cyclists prefer off-road paths and routes with maximum separation from traffic, rather than roads with no bicycle lanes.

South ward councillor Helen Donovan is an avid commuter cyclist and she says Adelaide’s cycling infrastructure does not qualify as a ‘network’.

“A network requires safe and direct access between multiple key points of interest,” she says.

“The city has a Park Lands Trail (primarily designed for recreation), and some disconnected sections of safe cycling infrastructure.” 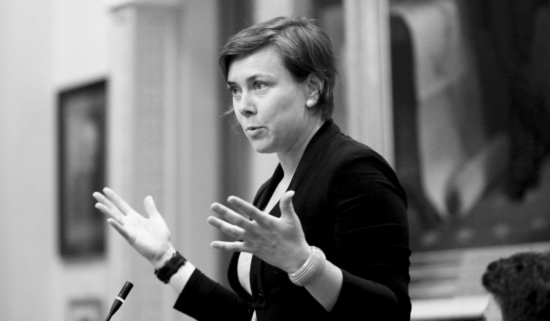 Helen, who is also executive director of Walking SA, says the city needs an approved long-term transport strategy and an annual action plan to work towards a completed cycling network. This would include safe, direct and separated bike paths.

An inadvertent result of this infrastructure would be more women feeling safe cycling in the city.

“Past research has identified that the number of women choosing to ride is a strong indicator of the quality of the network, [so] more women equal a better quality network,” she says.

While Helen was already aware of the gender disparity of city cyclists, she says it was “particularly staggering” to observe this in real-time.

“[There were] dozens of men cycling past me and very few women, and even fewer children,” she says.

“Approximately three out of four people cycling into the city were men.”

Jennifer Bonham is an Adjunct Senior Research Fellow at the University of South Australia, specialising in human geography and transport, with a particular focus on how movement intersects with gender.

She says the most obvious way to improve the city’s cycling network to benefit female riders is to develop a “safe” east-west link through the middle of the city.

This would require a “hard” separation between cyclists and motorists, similar to Frome Street’s separated bikeway, she says.

“In cities with safe, well-connected, convenient infrastructure, women are as, and often more, likely to cycle than men,” Jennifer says.

“This isn’t to say men aren’t also concerned about their safety – it’s simply saying some men are more willing than women to put up with poor conditions.”

Jennifer, who is also an Unley councillor, says many Australians reference distance as a reason for not opting to jump on a bike, and integrating public transport options with cycling could allow for more medium-length trips.

The Adelaide City Council had previously received State Government funding to develop the aforementioned east-west bikeway, which would have created that network. But the elected members failed to land on a concrete route before the funding agreement expired.

Sarah says she’s “frustrated” more development isn’t happening and is sad about being fearful of cycling on the road. Because the thing is, she really enjoys riding.

“It keeps me fit and the boys love it,” she says. 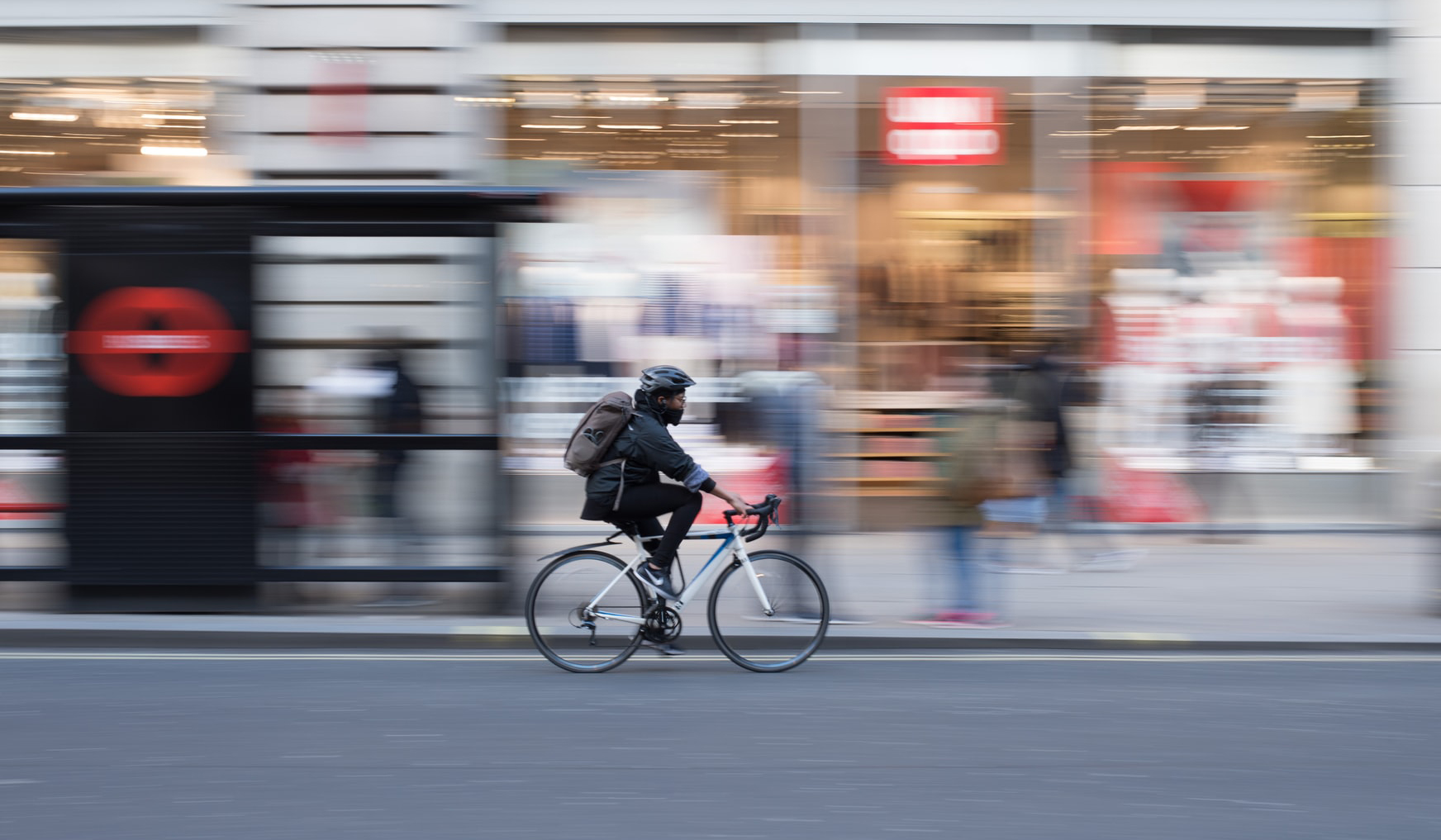